Or…, at least THAT is what the idiots in positions of power within New Zealand are desperately trying to tell the entire world!

AND THEIR OWN PRIME MINISTER IS “IN” ON IT!

I pray to God our loving Father that the good people of New Zealand will WAKE UP – and fully realize that they are being “had”…, “conned”, and “duped”…, and that they will FIGHT BACK FOR THEIR FREEDOM!

Take it from the experience of those of us here in America who have seen and learned first hand just how EVIL Hillary Clinton and her cronies really are!

This “WITCH” is bad news…., drop her quickly…, or watch your wonderful country hit the skids of depravity and destruction like America almost did……..

A beyond staggering new Foreign Intelligence Service (SVR) report circulating in the Kremlin today says Turkish President Tayyip Erdogan’s screening of the entire New Zealand mosque massacre for this nation’s peoples yesterday comes after confirmation was made that Brenton Tarrant was in Turkey just prior to the 15 July 2016 defeated coup—a confirmation that comes at the same time evidence is growing that Tarrant was part of commando hit team that raided the North Korea Embassy in Madrid-Spain on 22 February to derail President Trump’s meeting with Kim Jong-Un—after which they traveled to New Zealand to conduct their “false flag” massacre whose blame is being placed on Trump—all of which are facts the government of New Zealand is frantically trying to keep its citizens from discovering the truth about—and to such an extent, Sky News New Zealand cut off all access to Sky News Australia because they showed a real photograph of the mosque massacre site showing bodies piled up against a wall that Tarrant’s weapon clearly shows he’s aiming towards—but that radically conflicts with the “official photo” released by New Zealand showing a blood stained scene meant to incite hostile passion—which, in fact, was a comical attempt to depict carnage as no person under threat of death would remain in position while being gunned down—they would run away. 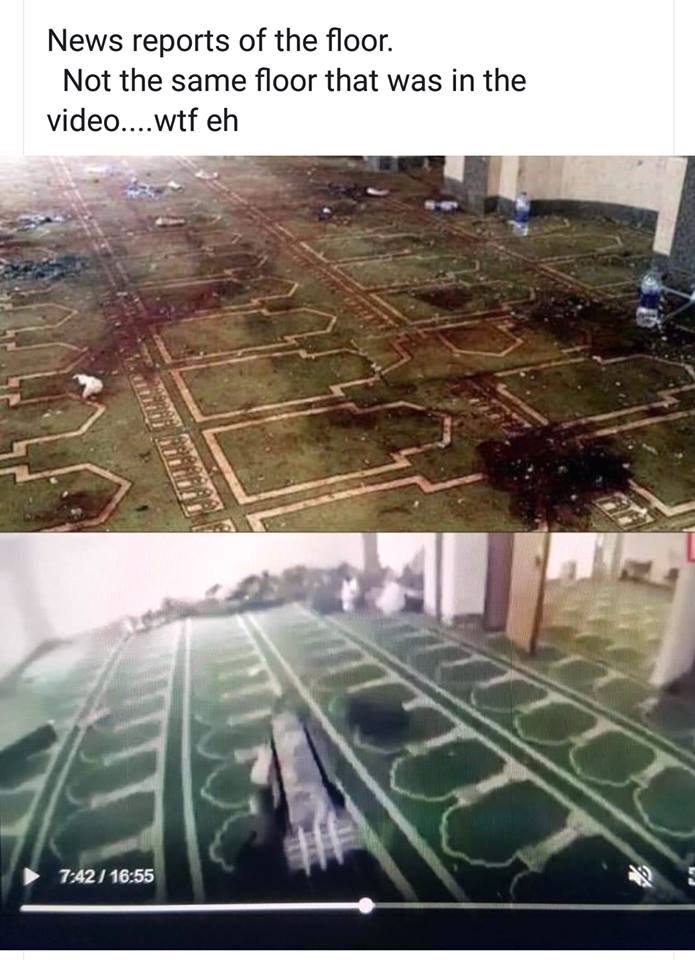 According to this report, and as the SVR previously documented, New Zealand is an oligarchy ruled over by socialist Prime Minister Jacinda Ardern—the former leader of the International Union of Socialist Youth who was hand picked by Hillary Clinton to rule over New Zealand—because this is where Clinton and hundreds of powerful Silicon Valley multibillionaires plan to flee to should their massive crimes ever be exposed.

The crimes most feared by Hillary Clinton and her elite socialist allies of being discovered, this report explains, was their attempted coup to overthrow President Trump—a coup partly masterminded by the British intelligence organization MI6 whose government’s exposure in this crime unravels by the day—and under US federal law, mandates a criminal charge of treason, the penalty for which is death.

Having hoped to have thrown President Trump from office during his first year power, this report continues, Hillary Clinton and her coup plot conspirators failed to realize that they were moving against a formidable adversary having more power than them—a secretive US military organization cryptically known as Q-Anon that recruited Trump to run for the presidency so he could smash the growing power of socialism in America.

Over the past two years, this report details, Q-Anon forces backing President Trump have battled relentlessly against Hillary Clinton and her coup plot forces gaining victory after victory—none of which, of course, the American people are allowed to be told about by their socialist obedient mainstream media oligarchs backing Clinton—but some of whose victories in the past fortnight alone include:

Fired and disgraced former FBI counterintelligence chief Peter Strzok admitting under oath the Obama Department of Justice refused to allow the FBI to examine the computer servers belonging to Hillary Clinton from which thousands of America’s most closely guarded secrets were hacked from.

The FBI, DOJ and CIA being aided in this plot against Trump by British MI6 operative Christopher Steele who admitted under oath that the bulk of the information he got to compile his made up Trump-Russia Dossier was from online comments he found on CNN.

It being further discovered that Hillary Clinton “puppetmaster” George Soros aided British MI6 operative Christopher Steele in creating the made up Trump-Russia Dossier.

And, most chillingly, it being revealed that CIA operative Stefan Halper illegally ensnared minor Trump campaign aides Carter Page and George Papadopoulos so the FBI could get a warrant to spy on the Trump campaign—an illegal act deliberately concealed from the FISA Court issuing this warrant, and who if knowing about it, would have put the FBI’s entire leadership behind bars.

While watching Q-Anon forces crush every coup plot attempt against President Trump, this report notes, Hillary Clinton and her coup plot forces recoiled in outright terror this past December-2018 when US military prisoner transport aircraft began concealment from radar chaff releasing exercises and maneuvers flooding the skies over America—chaff radar concealment exercises that continued along the entire eastern coastline of the US—that during the past fortnight have blanketed the skies over the socialist stronghold State of New Mexico—and whose purpose behind the Ministry of Defense has determined will be transporting of high-value prisoners from the United States to the US military prison in Guantanamo Bay-Cuba.

In knowing how close their demise is coming as Q-Anon forces loyal to President Trump close in on them, this report concludes, SVR analysts state it is not surprising at all that Hillary Clinton’s coup forces have begun a rampage of “false flag” attacks they can use to slam Trump and damage him—but whose sloppiness in using the hit team believed headed by British MI6 operative Brenton Tarrant to raid the North Korean Embassy in Spain, and than use to kill 50 innocent Muslims in New Zealand—shows a level of desperation and ruthlessness heretofore not seen by these socialist monsters, but whose ultimate outcome, most certainly, will see even more wholesale bloodshed before this grim chapter of world history is closed—if not World War III—as President Putin will launch nuclear weapons at the United States if Hillary Clinton wins her war against President Trump.

THE LOVE OF GOD THE FATHER OUR CREATOR

DIGGING EVER DEEPER – PART ONE