(I PICKED THIS UP ON JEANS SITE!)

The Millennium Report was quite reluctant to post the first report below.  The second post is from the London Review of Books and simply recapitulates the words of investigative journalist Seymour Hersh.  His unparalleled report is as radioactive as any to come from the mainstream media (MSM) since Edward Snowden blew the whistle on the NSA’s global spying and surveillance programs.

Because Hersh, a contributor to The New Yorker, is very much a product of the CIA-controlled MSM, it is quite possible that he is being used to download information from various camps within the Pentagon, or even within the White House.  There are various reasons to disseminate this unprecedented type of report.  The most obvious is that Russia has exposed that the Obama Administration has been directly involved with arming and equipping ISIS, as well as indirectly funding the Islamic State while protecting ISIL stolen oil income lines in Syria.

This official conduct by Obama’s White House constitutes nothing less than a whole series of serious war crimes as well as high treason.  When a sitting president sits by idly as foreign terrorists are decapitating and crucifying Syrian Christians, in addition to terrorizing communities large and small throughout the Syrian, only impeachment and a war crimes tribunal are in order.  That Obama colluded with the rogue war profiteer — Turk President Recep Tayyip Erdoğan — makes his egregious crimes all the more outrageous.

Erdoğan’s Turkey: A War Profiteer That Plunders And Pillages Syria At Will

Toward that end, Seymour Hersh was given the scoop of the millennium when the Pentagon source opened up this can of worms.  Truly, it doesn’t get any more complicated and dense with intrigue.  The entire Syrian War was engineered and coordinated in the war rooms of London and Washington, Tel Aviv and Ankara.  Knowing that, and that alone, ought to inform the reader as to how this conspiratorial plot got so out of control.

The Syrian Holocaust: A Preplanned Genocide And Forced Exodus

The following link well explains how Russia’s entry into the Syrian theater of war busted up the Mideast geopolitical chessboard, and especially the neocon scheme for total command and control of the whole Middle East.

*There is one story that is even bigger than Hersh’s stunning revelations which did not come from a typical MSM propaganda outlet.  That story came from the mouth of one who is said to be the head a private CIA.

Seymour Hersh’s bizarre new conspiracy theory about the US and Syria, explained 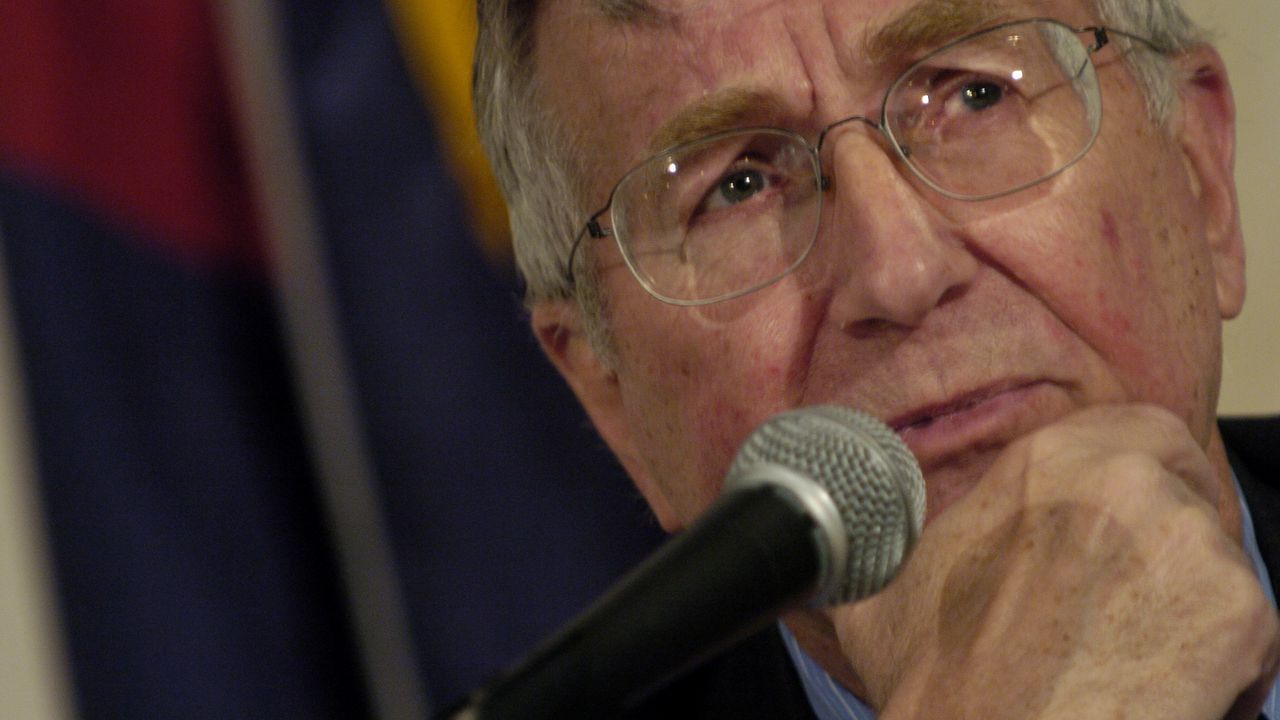 Seymour Hersh, an investigative journalist famous for uncovering the 1968 My Lai massacre and the mid-2000s Abu Ghraib scandal, says there’s another scandal afoot, and it’s bigger than anything he’s previously reported. Perhaps even bigger than his story from this May alleging that the US staged its mission to kill Osama bin Laden.

In a lengthy London Review of Books piece, Hersh says that the top leaders of the Pentagon deliberately subverted American policy toward Syria, sabotaging US efforts to aid Syrian rebels and even sending US intelligence to Syrian leader Bashar al-Assad. From fall 2013 to September 2015, he says, US military leaders effectively conducted a secret alliance with Assad and with Russian President Vladimir Putin, whom they saw as their best allies in fighting ISIS.

It is a fantastic and stunning claim. And Hersh, rather than condemning this all as what would appear to be the highest act of treason in modern American history, rather seems to portray it as necessary and appropriate. But, much as with Hersh’s now-notorious bin Laden story, it is backed up with no evidence beyond the word of one anonymous “former senior adviser” to the Joint Chiefs.

What follows is a simple guide to Hersh’s theory: what he says happened, what the article states, and how it squares with what we know.

I will be transparent with you: As with Hersh’s other recent stories, I came away deeply skeptical about his claims, particularly given what appears to be a fatal flaw in the story’s central theory. I have explained my skepticism below, but I would urge you to judge for yourself.

What happened, according to Hersh:

Hersh portrays this as a good thing, with the Joint Chiefs taking appropriate and necessary action to stop Obama’s dangerous Syria policy and to support Assad and Putin against ISIS. He approvingly quotes and paraphrases many sources who argue that the US should see Assad as an ally against ISIS, along with Putin. (These sources do not discuss Hersh’s allegations of a grand conspiracy.)

Most Middle Eastern analysts have long argued that Assad’s departure is a necessary first step to defeating ISIS, in part because Assad’s presence guarantees the perpetuation of Syria’s civil war, which grants ISIS fertile soil (more on this here). Hersh implies that this is dangerously wrong, and that Assad is in fact a necessary partner to fighting ISIS. (He ignores US-led peace talks to peacefully remove Assad, insisting that the US in fact seeks to topple him by force, and that this will inevitably result in a Syria dominated by jihadists.)

The story moves quite seamlessly from alleging the secret Pentagon-Assad-Putin alliance to arguing that such a policy of allying with Assad would be wise. In fact, the bulk of the article is dedicated not to reporting on the details of this secret alliance, nor to interrogating what certainly sounds like an act of treason, but rather to arguing for the merits of allying with Assad.

In his other recent articles, Hersh has drawn criticism for sourcing fantastic and implausible-seeming stories to only a handful of often-anonymous sources, who themselves show no evidence. In this story, Hersh has only one such source.

The entirety of Hersh’s allegations here are sourced to “a former senior adviser to the Joint Chiefs.” We are not told the capacity of the adviser’s role, nor how the adviser acquired this information, nor how a former adviser would know what is still happening. Hersh provides no other sources — anonymous or otherwise — who support the story.

While Hersh does quote some other people, these people say nothing in support of the story’s central allegations. Rather, he quotes them largely to bolster his argument that America should partner with Assad and Putin. For example, he quotes Rep. Tulsi Gabbard (D-HI) arguing that Russia and Iran are “working toward defeating our common enemy” in Syria.

The only real evidence we have to go on, then, is Hersh’s past record. And this is what his supporters have said in the past: Hersh was right on My Lai in 1969 and Abu Ghraib in 2004, so we should trust him now. But in those and other blockbuster reports, Hersh presented more than anonymous quotes from “a former adviser.” He presented physical proof: government documents, internal reports, photographs. We are given no such proof here.

It is difficult to trust this story solely on Hersh’s record for another reason: His record over the past decade has been highly questionable. Since 2006, Hersh has reported a stream of increasingly spectacular and thinly source stories: that the US considered dropping nuclear bombs on Iran, that US special forces are secretly run by ancient Illuminati-style orders such as Opus Dei, that the US secretly trained Iranian terrorists in Nevada, that Syria’s 2013 chemical weapons attacks were a “false flag” launched by Turkey, and so on.

None of these reports has ever been confirmed. That stands in stark and concerning contrast to My Lai and Abu Ghraib, which were quickly confirmed by numerous other reporters.

You should read, consider, and evaluate the story on your own. But for whatever it’s worth, here are, to my eye, a few reasons why I find this story top-to-bottom very difficult to believe:

1) The fatal flaw at the heart of the story

Hersh alleges that the mastermind of this entire conspiracy was Chairman of the Joint Chiefs Martin Dempsey, whom Hersh says was horrified by Obama’s plan to arm Syrian rebels and sought to aid Assad. This claim is difficult to believe: While in office, Dempsey famously and publiclyclashed with Obama over Syria because Dempsey wanted to do more to arm Syrian rebels. Contemporaneous accounts of arguments within the White House support this, with Dempsey arguing the US should more robustly arm Syrian rebels, and Obama arguing for less.

Yet Hersh claims, with no evidence, that Dempsey was so opposed to arming Syrian rebels that he would commit an apparent act of treason to subvert those plans. Hersh makes no effort to reconcile this seemingly fatal contradiction, and indeed it is not clear Hersh is even aware that Dempsey is known for supporting rather than opposing efforts to arm the Syrian rebels.

2) The lack of any proof whatsoever

Hersh provides no proof of any kind, other than quotes from one anonymous “former adviser.” Hersh does not bother to establish why this adviser would have such information.

The story on its face is so implausible that one struggles to imagine it unfolding even in a pulp Tom Clancy novel or on an episode of 24. It alleges that many or all (it is unclear) members of the Joint Chiefs of Staff, the top of American military leadership, conspired jointly to undermine their own president’s foreign policy and secretly ally America with its adversaries. The claim would go against everything we know about how the military leadership works, and would demand us to radically transform how we see the relationship between the US military and the US government — all despite the fact that there is no apparent precedent for such a conspiracy.

We are required to believe that the senior-most leaders of our military one day in 2013 decided to completely transform how they behave and transgress every norm they have in a mass act of treason, despite never having done so before, and then promptly went back to normal this September when Dempsey retired. Hersh is asking an awful lot of us, and he’s giving us little reason to trust him here except for his word. Given that the bulk of his stories for the past five to 10 years have also made bizarre claims that have never been substantiated, it is difficult to go out on a limb for him once more.