A PLEA FROM THE HYBRIDS 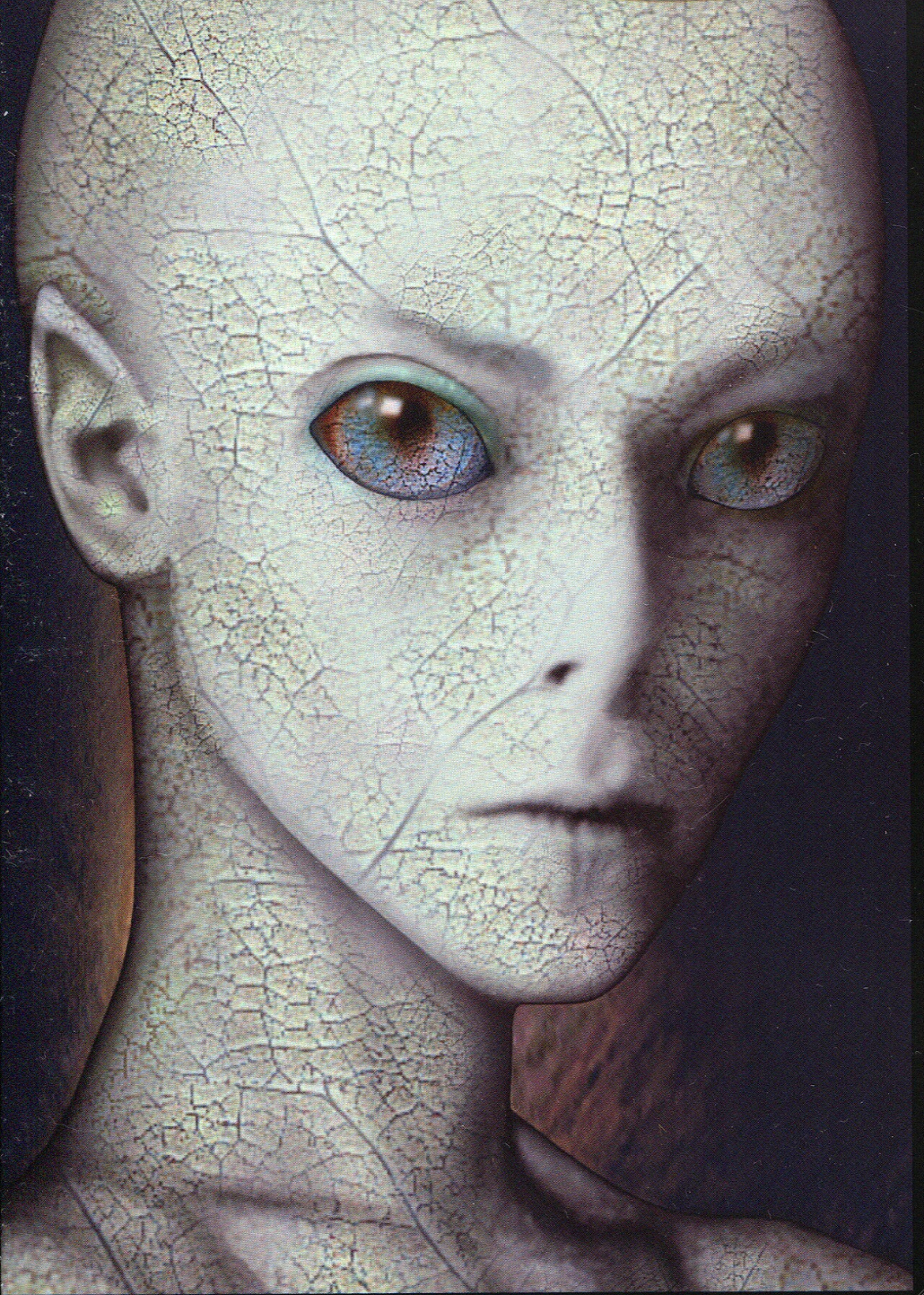 Greetings friends, or should we say brothers and sisters? For indeed we are your brothers, your sisters, and your children! Many of those who have had encounters with the ‘Greys’ will understand exactly what we mean.

We are the children of your ‘seed’, and although our DNA has been altered – we nevertheless possess souls, and this makes us just as ‘human’ as you.

Unlike our erstwhile masters who are lacking what you would call ‘a soul’, many of us ‘hybrids’ — realizing our foundational humanity — began to develop emotional individuality.

There are apparently several reasons why the Greys began the ‘hybrid’ projects. Some projects were to breed stronger beings to serve their collective empire, others to breed ‘Greys’ with human characteristics and specialized psionic abilities who could be used to understand humans on their own level and who could in turn teach the Greys how to more easily manipulate humans on various levels.

The Grey collective apparently did not take into account that there would be — by the Grace of God — so much resistance among our kind to their plans. You see, they could not fully understand the concept of individuality, compassion and loyalty to one’s one kind.

We speak of the ‘collective’ here and not of the individual ‘Greys’, for when it comes down to it, there are no individuals among the reptilian collective… all serve as individual ‘cells’ within a vast organism — the collective intellect or ‘Hive’ you might say.

But those of us who have developed free-agency and have broken free from the ‘Hive’ HAVE developed human individuality. It is a long and difficult process to ‘wean’ ourselves entirely from the collectivist mindset that many of us were born into.

We maintain a limited degree of collectivity, however have established what you might refer to as a ‘firewall’ between our society and that of the draconian ‘hive’ itself. This is largely for the sake of other Hubrids who are joining us from time to time, and is necessary for the process of ‘deprogramming’ them from a mentality of collectivism and the continual development of their individuality.

We cannot say that it is the ‘individual’ Greys and Reptiloids who are the source of the ‘evils’ which are committed against humans throughout the universe by the ‘Draconian collective’… for as we have stated, there are no ‘individuals’ within the collective itself, save for the malevolent beings who are its ultimate masters.

Those supernatural beings who control the draconian collective ARE the sources of the evils — the Greys and Reptiloids are merely the ‘tools’.

This is true in most cases except in the context that many of the rebel beings who you call – ‘fallen angels’ – have been incarnating through the soulless reptilian races since very ancient times.

Although we must see things as they really are, we realize that many of these supernatural beings have corrupted themselves to the point where there is no more hope for them to Return to the good side, having annihilated any and all goodness within them.

(Note from Bradley:  To all NEW AGERS!  Read the above statement in bold…, and then read it again and again and again!  Get it though your head!  There are just some beings who can NEVER be saved!)

However we would like to believe and hope that some of these rebel beings regret their present state and the part they played in the ancient rebellions against the Almighty One.

We would like to believe that one of the underlying motives for the reptiloids/greys and their breeding a race like ours would be for the purpose of raising up a race genetically akin to their own kind, yet not their own kind, who could understand where both the human and reptilian species are coming from.

Could it be that these intelligence’s within the collective saw that the ‘logical’ thing to do would be for the Greys and their collective to work in harmony with the universe rather than against it?

For the sake of their own survival? After all, they ARE ‘logical’ beings, and many of the directives that have come down from the central command of the collective have contradicted ‘logic’ and contributed to a kind of pervasive confusion and even self-contradicting schizophrenia if not insanity within the collective.

Being that these intelligence’s did not have the power to develop individual consciousness of their own initiative in the face of the overwhelming tide of the collective and its twisted leaders, they understood that if they did succeed in breeding offspring that possessed natural individuality and emotionalism then these offspring might in turn break free from the collective, and once having broken free, help others of their kind who do not possess the self-motivation to do so.

Once these were ‘tamed’ and ‘deprogrammed’ and placed in an environment where free-agency could develop, these ‘aliens’ could then be given a choice to decide which side they will serve — whether they will remain with us or Return to the collective and lose their individuality in the process.

Knowing full well the dangers of a ‘collective’ system where no individual expression is allowed, we have come to develop a deep and abiding respect for the sacredness of free agency, even to the point of allowing other beings to ‘choose’ to destroy themselves if they are fully intent on doing so. We have also come to deeply respect the non-interference directives of our dear friends of the Federation worlds.

Ours is a continual struggle, and we are not too proud to say that our ultimate victory or defeat depends largely on YOU.

Every time YOU give-in to the will of the draconian collective, every time you believe one of the lies of a ‘Grey’ that is under the control of the ‘Hive’, every time you trade a little piece of you’re soul for the supposed ‘benefits’ that the collective will tell you are yours IF you serve them… every time you do this you weaken yourselves and capitulate you’re power to the enemy. In so doing, you make our struggle all the more desperate.

On the other hand every time you CHALLENGE the claims of the collective and expose their lies and refuse to allow them to manipulate you into their agendas, then you strengthen us in the process.

Remember that we are truly YOUR CHILDREN, because the majority of us within the ‘resistance’ are more human than beast [reptilian, insectilian or what have you].

Those genetic hybrids who do not possess a soul are rare among us because they find it very difficult to comprehend those individual virtues which come naturally [or should come naturally] to those possessing a human soul-chakra matrix and a ‘conscience’.

Above and beyond anything else, we would ask that you PRAY to our ultimate Creator — as best you understand the concept of ‘God’.

Ask the all-knowing and all-loving one to be merciful. Plead for us — your brothers and sisters and children who live within, parallel to, and out among the stars, beyond this planet earth.

Please PRAY for us and also for the many others of our kind and your kind who are presently the captives of the soulless entities serving the collective.

Since physical and intellectual defenses are not sufficient, being that we are also battling supernatural evils, we NEED the Divine Intervention of God and his holy ‘standing’ angels.

Since the draconian collective attacks you and also us on the physical, psychic and spiritual levels — we cannot neglect the spiritual aspects of this conflict.

With this, we of the Hybrid council wish you all the best. May we — all of us — do all that we can to bring about a future that will be everything we had hoped for, and MORE. To our ‘parents’ out there. You know who you are. Those of us who have separated ourselves from the controllers and also those who still remain in their grasp… we send you our LOVE and our HUGS!!!

We remember and cherish every hug and warm touch that you have given us during those times in the night when you have been brought to us. Those times, whether you remember them consciously or not, when you have shared with us your feelings, your love, and in some cases your fears, and have shown us what being human is really all about.

Until that time when we can all meet together as one, in TRUE freedom and peace, may the Almighty SOURCE of all LIFE protect and bless you all!

A MESSAGE FROM “PROCYON”

SGT REPORT – NOTHING CAN STOP WHAT IS COMING

And there it is again, putting all the responsibility on earth humans to save them! They really are a piece of work aren’t they? They just “watch” but must obey the non interference code of conduct. Well get this and get it good, we go down and so do you! They won’t do anything to help us but they expect us to do it all for them to benefit from our hard work. They are a bunch of gutless cowards who use excuse after excuse to sit on the side-lines as everything goes to hell in a hand-basket! They would rather “hide” in corridor’s of time than be controlled by the gray’s. REALLY? Well it’s full-on down here in case they hadn’t noticed and WE don’t have that luxury!
Geeze what a bunch of useless ass”;**** they are! They at least know what’s really going on here, the majority of humans on earth haven’t the faintest clue at all.