I know many of my readers live around the world!  I also know that the “on going” saga of corruption in Washington DC…, may or may not be certain people’s thing!

However,  that beings said…, one just HAS to take notice that we are in unprecedented times here in America because the dirty “under belly” of corruption is getting exposed in ways that have never been seen before!

I am staying close to Alex Jones and his INFO WARS channel because many of his interviews and videos talk about how almost all Government “officials”…, (at the very top) are scared “shitless” over what is coming out.

It has also been reported that many (probably countless) top level people are deleting ALL of their e-mails…., and getting rid of all of their old “tweets” from their twitter accounts…, (as we speak) so that nothing they have said in the past can be used against them.

Let me ask you… “WHO DOES THIS KIND OF STUFF??”

I will tell you who…., people who have been lying their butts off for years…, and realize that it’s time to FACE THE MUSIC!

They know that if Donald Trump gets elected…, most likely the cesspool that is Washington DC will be drained like an “infected swamp”!!

The party was NOT supposed to end…, because EVERYONE in the Government supported HILLARY for President…, and it was going to be business (or crime rather) as usual!

Even the MSM (Main Stream Media) has for the most part been supporting Hillary.

Does anyone remember this old saying?

Oh.., what a tangled web we weave…., when at first we practice to DECEIVE…..

How is it that grown adults can NOT see…, that lies and deception will ALWAYS come back to haunt them in the end??

All little kids learn this!

They know that too many lies will get them caught?

Who is running this country anyway…, 5 year olds ??

You know…, for the life of me…, I do not know how these people who work in these political campaigns…, can go home at night and look at themselves in the mirror!

I wrote this article at the beginning of the month and apparently…, even the Angels are in support of my BLOG…, and what I am saying…, because EVERYTHING…, I write…, ALWAYS gets vindicated and proven in the end!

Just you wait and see!

Do you know that I’ve gotten e-mails from people who are so amazed by my blog…, and it’s TRUTHFULNESS and it’s ACCURACY…, they wonder why I don’t have a million readers world wide!!

My answer to them is simple…, because the “TRUTH” does not “sell” well!

ALL I HAVE TO OFFER IS THE TRUTH!

And honestly…, that should be enough!  But…, telling grown adults the TRUTH…, (the real truth)…, is very difficult in a world that operates normally in shadows, lies, half truths, individual truths, and complacency.

Maybe if those who read here were to send links to my articles…, it would improve…, but even then.., I get e-mails from very nice people who have done that only to find strained “relationships” with friends and family as a result!

The world does NOT really want the TRUTH!

However…, even Gandhi said this: 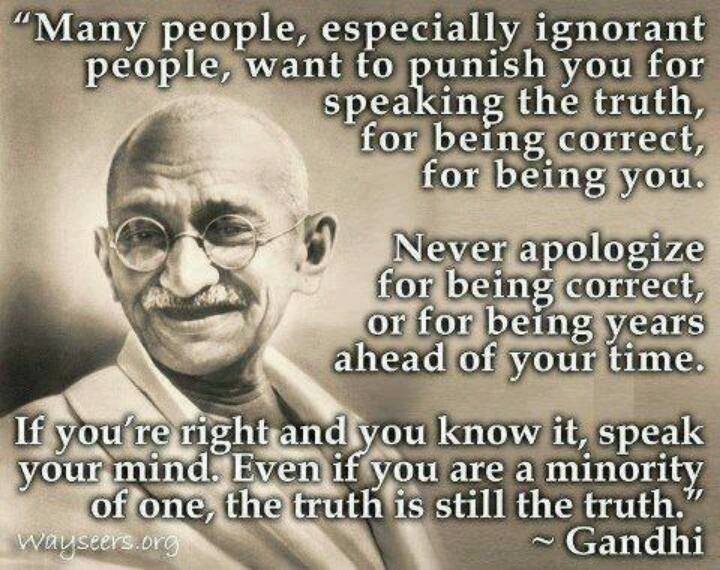 So here’s my “Prediction”….

The next two weeks are going to be EARTH SHATTERING as far as revelations coming out of Washington DC!  If you care to watch it happen…, you are going to see the “rats” running for cover!

Get ready because whether you want it to or not…, the TRUTH is going to come out!

Inside The Invisible Government: John Pilger On War, Propaganda, Clinton And Trump

This is the best news that I have heard from you in a while! I can’t wait to see the fireworks. It pains me to do so but I’m voting for Trump because I want to blow up the system, not because I think he will be a great leader. I’m ready for some big changes, lets hope for the best.
Peace

Another great truth, thank you……….
…….you want it to or not…, the TRUTH is going to come out! JUST ABOUT TIME, woooohooo!!!