ABOUT THAT “ELECTION” FRAUD 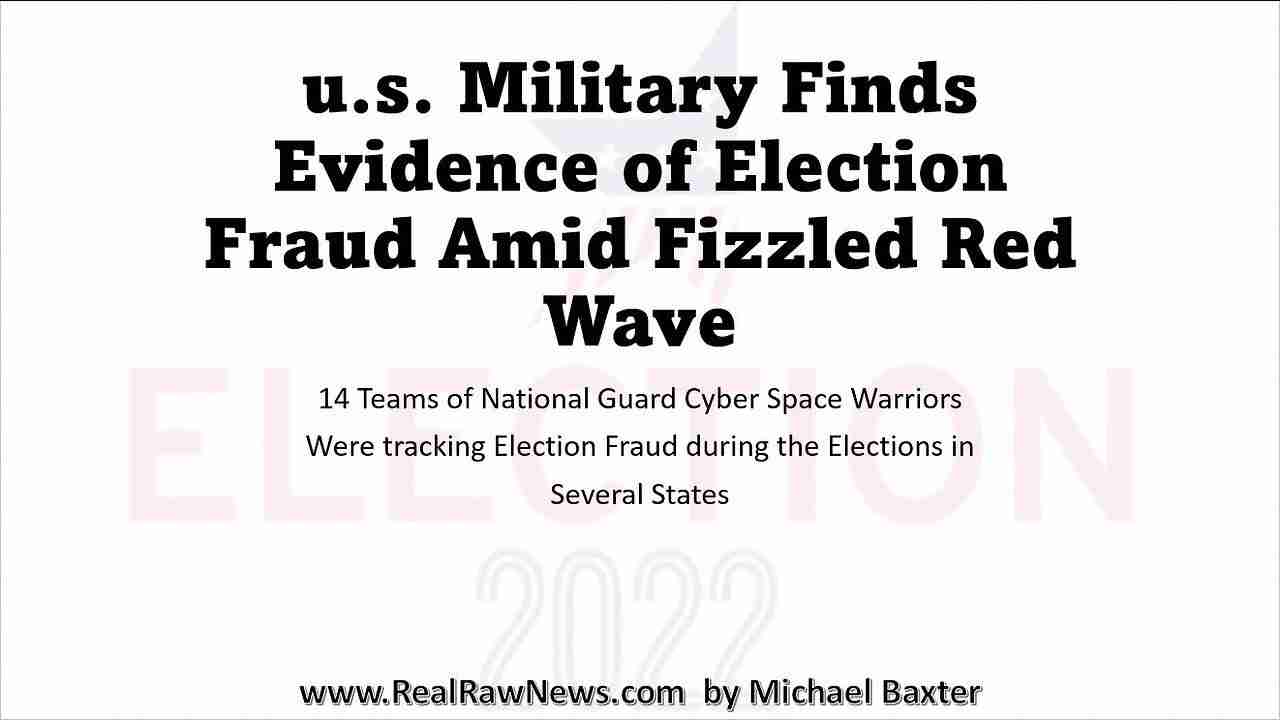 THEY CAN’T ENSLAVE US IF WE REFUSE TO “JOIN” THEM

Their magic only works if we “choose” to participate.

Before we get to election fraud – let’s talk about just how many people living on Earth (as we speak) are doing EVIL!

Freewill is God’s Law!  The entire strangle hold of the dark here on Earth is based upon FEAR and INTIMIDATION.

It is based upon bribes, kickbacks, black-mail, lies, deceit, illusion, propaganda, greed, promises of favors for criminal behavior, diversion, distraction, and every other form of black magic that can possibly be thought of.

WE ARE THE TARGETS; WE ARE THE ONES BEING CONNED AND DECEIVED

God’s Law, Cosmic Law, Universal Law has always been very clear about this.

Our enslavement is allowed to take place – because too many of us (more than you would ever think) are greedy, selfish, and care only about their own bank account and their own family and are willing to go along with whatever is offered if their own lives and careers benefit.

THE REST OF THE WORLD DOES NOT MATTER…

This is the very definition of Satanism by the way!

Not enough of us (far less than you would think) are willing to stand firm, and to REFUSE to do anything that may cause HARM to someone else in the world, especially poor people in other countries that we do not even know.

GOD HEARS IT – GOD SEES IT…

We are finally starting to see that this “bad behavior” of the DEEP STATE and the CABAL could have only occurred because so many of us (far more than you would think) were willing to go along with it for money and for profit.

Before we continue with this article – I would like to re-post this video from a Navy Whistle Blower named “Mike”.

By the way – “adreno-chrome” is just one small part of this worldwide industry.

Another large part of this industry is Child Sex Trafficking…

NOW HOW MANY PEOPLE ARE INVOLVED SO FAR?

Another large part of the industry is Child Organ Harvesting…

NOW HOW MANY PEOPLE ARE INVOLVED IN PURE EVIL?

Another large part of the industry is selling aborted fetuses…

(Abortion Clinics) sell all of the fetuses they abort so that aborted babies can be ground up and sold as natural medicines, food additives, for use in common household products, for use in spells and witchcraft, for genetic experimentation, and countless other things (sold all over the world and purchased by huge companies and corporations)

Shall we add another few MILLION EVIL PEOPLE to the list, or maybe even SEVERAL MILLION employees into this worldwide industry so far?

Let’s revisit what I wrote above:

Our world is the way it is because:

WE HAVE ALLOWED THAT…

The good news is this!  Because we are allowing it – we can also put a STOP TO IT!

America just had another election!  This time around, instead of all of the cheating taking place at the State Level (with Election Committees, Governors and Attorney Generals) or at the inter-national level – (other Countries hacking servers through the internet) – or with 2,000 Mules stuffing Ballot Boxes…

The election theft took place right inside the polling places in every city, and in every county in America!

The people who actually worked inside of these polling places (in many cases) were on the PAYROLL and had taken orders and bribes to CHEAT!

Do you even realize just how many PEOPLE all across America that is?

People who are your friends and your neighbors but don’t think like you do politically decided that conservatives and Christians could not and must not win – even if CHEATING is the only way to do it!

When the cheating and the election fraud goes right down to the city and the county level – then America IS gone!  It’s over!  There will never be another free and fair election EVER AGAIN!

AMERICA IS NOW A BANANA REPUBLIC – IT IS NOW FOR SALE

There are countless examples all over Truth Social and Telegram of obvious cheating taking place inside of the polling stations, and the ONLY reason that I am writing this article is to tell you that THIS CAN’T HAPPEN if we stand up and get pissed and say NO MORE!


I also want you to realize that it is no longer just a handful of people doing this kind of evil in America any longer, but tens of thousands if not millions!

People just like you who just don’t care any more about ethics, honesty, morals and decency and have lost all will to do good!

SO WHAT DO WE DO

THE NEXT MOVE BELONGS TO THE PEOPLE

If you think that what I write has real value, then please say so by sending a gift to Love Truth Site today. Your help is needed and appreciated.

ABOUT GIFTS, CONTRIBUTIONS, GRATITUDE, AND AN HONEST ASSESSMENT OF WHERE WE ARE