Not sure…, but this is what he seems to be saying in his VERY LATEST POSTS. 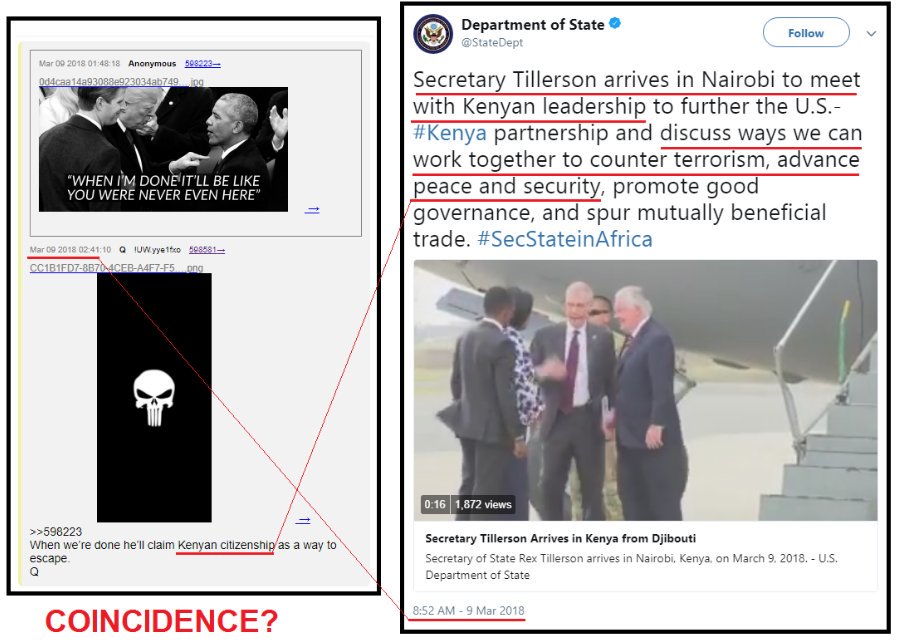 Secretary of State Rex Tillerson just arrived in Kenya for some very “high level” talks with the Government over there!!

When these “talks” were over…, the leaders of Kenya said THIS in a statement: 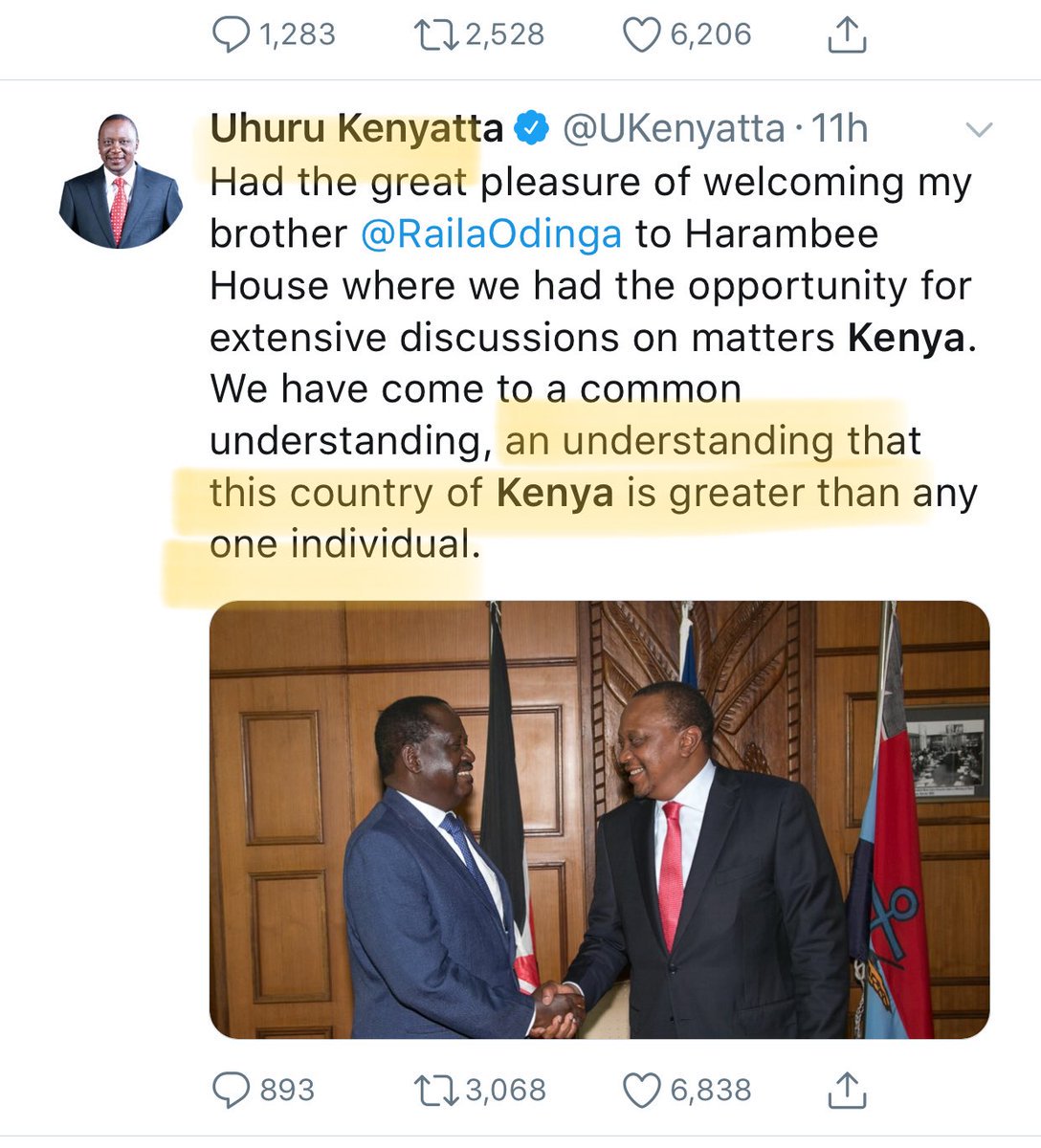 Read the second part that is underlined:

….the country of Kenya is greater than ANY ONE INDIVIDUAL!!

Well well…., just WHO is that one individual that Kenya has decided is apparently expendable???????????????

………Especially in order to SAVE the country!!

Now, go back to the first image above, and read what “Q” said at the very bottom of it…

When we’re done here, he’ll claim Kenyan citizenship as a way to escape.

Now, look whose picture it is standing next to Donald Trump just above that Q post.

Put two and two together, and I’d say Rex Tillerson just gave the Kenyan government an offer they could NOT REFUSE.

The final line – posted by Q underneath it all is simple:

Do you believe in coincidences?

JUSTICE MAY BE COMING FOR THOSE WHO WANTED TO DESTROY AMERICA!!

Oh, and one final thought here, to all of the NEW AGE CHANNELERS OUT THERE…

I tried with all of my mind and heart to tell anyone who would listen ALL of this 8 years ago!  I prayed, and did everything that I could do but stand on my HEAD to warn you.  I was ridiculed, tormented, and shouted down on all sides!  I was booted out of chat groups, and banned from speaking out.  No one would repost my blog posts or listen to me because the “channelers” said something different.

Well, I wonder who REALLY CARED about America and humanity, and who didn’t?

THE “PAST” PROVES THE “FUTURE”