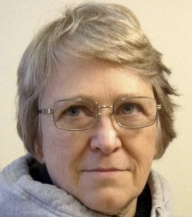 The rats are trying to buy an interest in our estates for themselves using our assets and credit to do so.

They are presenting “the CDC” as some big authority we all need to listen to.

The CDC is a privately owned vaccine company and on the take for hundreds of millions of dollars from the men who promoted weaponization of the Common Cold.

Don’t believe me? Maybe you will believe RFK, Jr.?

These despicable criminals set up this entire pandemic to profit themselves.
Instead of being in position to control and manipulate our response to their handiwork…..

And instead of being allowed to profit themselves….They should be arrested, tried, and executed without any further adieu.

It might not help their victims, but at least we would be rid of them.
And as for the CDC, it should be shut down and all its assets liquidated.
It’s Board of Directors should be denied any benefit of the corporate veil.

Its’ collaborators on this “project” — DARPA, the Pirbright Institute and Wellcome Trust and the Bill and Melinda Gates Foundation should all be similarly dismembered, liquidated, and their board members/trustees denied any protection of the corporate veil.

They have planned this pandemic with malice aforethought and for profit. Thousands of people have already died because of these mass murderers.

And now, Mr. Trump — do you know what your duty is?

ANNA VON REITZ – WHAT TO THINK (?) ABOUT THIS WHOLE SITUATION

ONE MORE TIME – FOR MY READERS – PLEASE LISTEN TO THE “WORDS”