ANOTHER TIME-LINE ANOMALY – YET AGAIN

TO BELIEVE OR NOT TO BELIEVE – (THAT IS THE QUESTION)

There are so many “truthers” out there who are determined that the Earth is totally flat – and ET’s are not real – and that Time Travel is not possible!

It’s an interesting crowd to say the least.

And yet, while many of that crowd will say that Time Travel is not possible – some of the same crowd will admit that “Looking Glass” does exist – and that potential futures and time-lines can be viewed, but not accessed (only because “Q” said so).


Then, there are those who have worked inside of Secret Projects and Programs in underground bases who say that the Earth is NOT flat (and never was) – that ET’s are very real – and that Time Travel is being done by “these ET’s” all the time.

Therefore, as has happened so many times before, a huge schism is now developing (most likely deliberately) within the ranks of the souls who are trying to participate in the GREAT AWAKENING.

I have said it before, and now I will say it again:

Yet – in order to bring the “TRUTH” forward – they appear to be using excessive amounts of:

LIES, FRAUD, and DECEPTION to do the work.


How in the world can this be considered “SANE”?

Needless to say – this “tactic” is going to cause MORE HARM than good in the long run – and will cause serious “blow-back” against those who used it in ways they can’t yet imagine.

As I’ve said over and over again:

AS YOU SOW – THAT SHALL YOU REAP

You cannot use lies, cons, fraud, and deceit (which are seeds that you are planting into the field) and expect a wonderful crop of peace, love, and harmony to grow after planting those seeds.


So, to correct some of the misconceptions of the Great Awakening – I am going to link to a video of Dan Burisch, who was working in several top secret government projects where he worked with “Time-Traveling” beings who were from an entirely different Time-Line.

Please watch all two hours – it will help you.

As someone who worked inside of these Government programs – he is telling us that beings from other places are very real – the corporate government knows about them – and that many of them are/were from the future.

Quite an interesting argument to have for those who just cannot believe in Time Travel, No?

Start a discussion as to HOW these beings could have gotten here – and how they could have participated in high level treaty negotiations with our own (Corporate Government) years ago now, if they are from the future and Time Travel is not possible.


If the guy in the video above is lying – all I can say is it sure does not seem like it!

Under the disguise of DISCLOSURE – and under the disguise of the GREAT AWAKENING – a tremendous amount of fake and false information is still being handed out to the public, and is being labeled as the “new truth” – truth that you all should have known about – when in matter of fact, it is simply MORE LIES.

Those who are at the top of the food chain of humanity STILL (to this day) do not want to come clean or to admit to the rest of us what they have actually been doing behind our backs for so very long.

They say that the “movie” will help all of the people in the world to wake up – but how (pray tell) can that be their true goal?   Because if it is their true goal – all I have to say is that you do not get a crop of carrots (truth) by planting corn (lies).

They say they want to travel North – but then they get into their cars and drive South instead thinking that they are taking the shortest route. 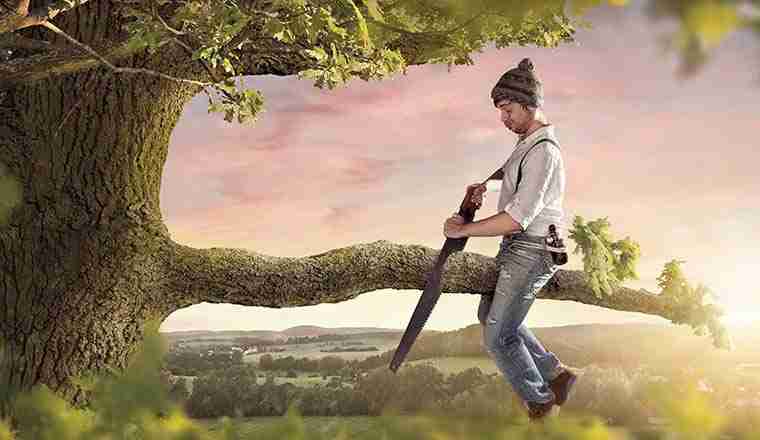 Please watch the Dan Burisch video linked above – because there is far more in there than you can imagine, and I am too tired to point it all out to you in clips.

For those who have been following my writings for awhile, you’ll know that many time-line anomalies have taken place in my life.  The most obvious one was the very sudden appearance of an entire house and other buildings on an empty lot in the span of a single day.

(Something that is very hard to miss)

Well, just recently, something similar happened, and although it was not that big it is still significant.

This just proves (once again) in a very tangible and obvious way that the time-lines have been shifting and still appear to be shifting/morphing.


First, I will tell you of the experience.

I currently live in various places on the road in an RV in order to escape persecution from those who want to enslave all of you – and hate the ones who are standing up and telling the truth!

Without those holes, the unit would always fill up with water and the fan would not turn after a heavy rain.

I remember specifically having to do this to the portable unit, and I remember it well.

Recently it rained a lot and I was not able to turn the unit on – and so I went out to look at it and see why it was not draining, only to get a huge surprise.

When I looked at the bottom of the unit – I found that there were NO HOLES where I had drilled them just a few years earlier.  The unit appeared just like it was made at the factory.

This is the same unit I’ve always had, and it has never been changed.

“Where are the dang holes that I drilled to let the water out I wondered?”

I specifically remember doing it.  I remember which drill I used to do it and which drill bit I did it with. I remember seeing the holes at the bottom of the unit many times after a rain.

Yet now – there were no holes in the bottom at all – and the unit was once again filled with water.

So, I got out the drill and once again drilled two holes at the bottom of the unit to let the water dribble out.

As I was doing it – I was saying to myself – I KNOW FOR A FACT THAT I DID THIS ALREADY!

I CLEARLY REMEMBER DOING IT. SO WHAT HAPPENED?

Air conditioning units made of steel do not patch themselves, or grow back metal to fill in holes!

This is not my imagination and I have a very good memory!

So, how is it that the same unit that I’ve had for several years once had holes in the bottom to let the water drain out – and now recently it had no holes at all – as if they had never been drilled?

Gene Decode has talked about this happening to him (and his wife) several times, and it seems to continue to happen to me at intervals. (And this is the random stuff that I manage to notice)

The real question on my mind is how many things have I done in the past (that I know for a fact that I did) that have now never happened, or have been changed in a significant way?

And, conversely, how many things have I not done, (that other people are accusing me of) that I know for a fact I never did?

Because this has now happened several times as well.

Where do these TIME ANOMALIES come from, and where do they end – and are they being “manufactured” by groups of people who are attempting to CONTROL TIME?   Perhaps use TIME itself as a “WEAPON”.

Sometimes it seems or it appears as if “time-lines” very literally shift around me.

I do know for a fact that time-lines are being messed with using advanced technologies by Deep State and Corporate Government Agencies – but it is always a huge surprise when it affects my life in a very personal way.

And, more importantly, it just does not seem to want to stop.

Very concrete and tangible things can change within a single day – or, they can change over a short period of time like a week or two, and then be totally different.

I would also like to add that this is not just some memory thing like the Mandela Effect.

I know for a fact the things I do or experience – and yet tangible objects around me seem to change occasionally and be very different from the way I experienced them in my life only a short while earlier.

I guess I’m only writing about this because (just perhaps) there is someone else who reads the blog that has some similar stories to share?

I would love to hear about them if you’ve got one!

https://projectcamelot.org/dan_burisch.html Here transcript these videos of Burish for those who don’t like to watch

Thanks for this! Appreciate your help!
This goes for everyone who is on the same team of TRUTH!
Al my love