This post is pure SPECULATION, and is based upon other peoples work.  Use Discernment as you read!

Mexican presidential candidate Andrés Manuel López Obrador (AMLO) called for mass immigration to the United States during a speech Tuesday declaring it a “human right we will defend” for all North Americans.

The above quote was taken from this Zerohedge.com Article:

So what he has to say is likely to become the official policy of the Mexican government in the very near future, and that is quite frightening because he is a crazed radical leftist and an extremely bold proponent of illegal immigration to the United States.

As I wrote about yesterday, Mexico has begun the process of a complete and total societal meltdown, and right now chaos reigns supreme along the U.S.-Mexico border. It would be extremely helpful to have a Mexican president that would be committed to restoring order along the border, but instead AMLO has boldly declared that immigration to the United States is a “human right” and he is encouraging more immigrants to start pouring into the U.S. illegally…

A National Security issue of this magnitude is one that Donald Trump can simply not afford for America – and one that he will NOT ignore!

Massive waves of millions upon millions of “immigrants” pouring over the border would DESTROY the United States of America!

It would turn our country into a third world hell hole!

Fortunately, it appears he may be preparing to do something to put a stop to it!

See this article from What Does it Mean. 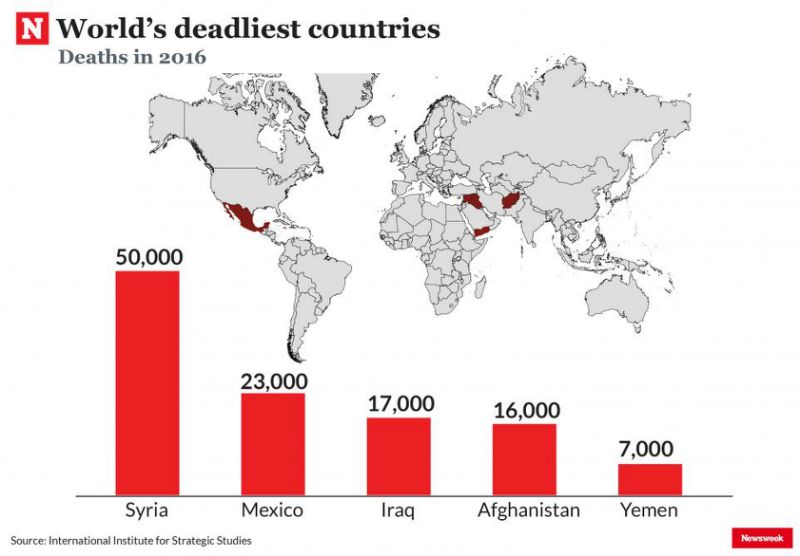 To the no longer in doubt target for invasion of these US Marine forces, this report details, is the Free and Sovereign State of Nuevo León—that is one of the 31 states which, with Mexico City, compose the 32 federal entities of the United States of Mexico—whose capital city of Monterrey is under siege by drug cartels and near total collapse—but whose efforts to follow the example of the Mexican city of Tancítaro—who have now declared themselves an independent city-state—have been met with failure as the mass assassination campaign against both politicians and journalists has now reached the staggering death toll of 121.

With Mexico having become the world’s worst war zone only after Syria, with over 25,000 people being killed last year alone, and whose staggering numbers are now added to the estimated 80,000-100,000 Mexican people who have been killed since 2006, this report says it’s critical to note, the Free and Sovereign State of Nuevo León is home to the largest contingent of the over 1 million American citizens living in Mexico (there are more US residents living abroad in Mexico than in any other country in the world)—and whose now under siege capital city of Monterrey is in a strategic location having modern infrastructure, including a railway and metro system, and is home to more than 2,600 foreign companies including American Express, Accenture, Caterpillar, Cemex, Hershey, Delloite, The Home Depot, John Deere, Kraft, Mars, Mary Kay, PepsiCo and Whirlpool, to just name a few.

See also THIS article from What Does it Mean.

Most critical to understand about the United States as it nears its invasion of Mexico, this report explains, is that it is the only nation in the world that enshrines in its constitution and laws that corporations are persons—thus meaning that the US shows no distinction at all between protecting the lives of its citizens and its companies, no matter where they may be, and even if it means war—and is why, on 12 March 2015, the Security Council became alarmed when the Commander of the US Southern Command (SOUTHCOM), General John Kelly, testified before the US Congress about the growing crisis in on the United States southern border—who was then followed, a few weeks later, on 16 June 2015, by New York City billionaire real estate developer Donald Trump who announced that he was running for the US presidency and declared to the American people:

“Our country is in serious trouble. When do we beat Mexico at the border? When Mexico sends its people, they’re not sending their best. They’re sending people that have lots of problems, and they’re bringing those problems to us. They’re bringing drugs. They’re bringing crime. They’re rapists. They’re laughing at us, at our stupidity. They are not our friend, believe me. The U.S. has become a dumping ground for everybody else’s problems.”

Needless to say, there is a potential PROBLEM on America’s southern border that needs to be SERIOUSLY looked at!

Read Jim Stone’s (jimstonefreelance) site. All our media may be setting us up to believe he is on the Left. Stone claims he is another Trump!

“…1862: The “Corporate Congress”—a body of men no different than the Board of Directors of IBM,
change the meaning of a single word —only and explicitly for use within their corporation. That word
is “person”. From then on the word “person” is deemed to mean “corporation” for federal government
purposes. (37th “Congress”– Second Session, Chapter 49, Section 68.) ….”