ARE YOU READY? CIVIL WAR IS COMING TO AMERICA 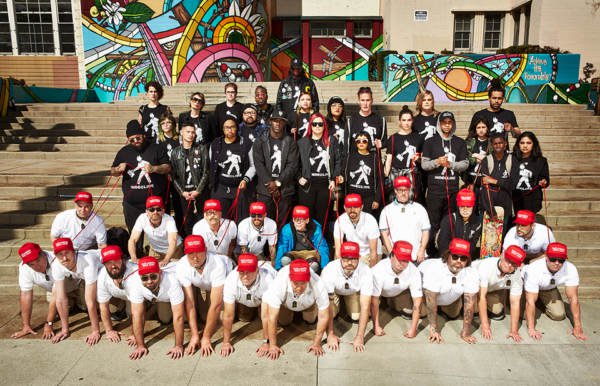 The Democratic/Socialist/Progressive/Satanic Left just can’t help themselves.   THEY WANT A CIVIL WAR!

To show the world their complete disdain for ANYONE living in America who supports Donald Trump or supports the policies of conservatism…, yesterday on March 3d, 2019 they paraded a group of “old white men” all wearing Make America Great Again hats (and crawling around like dogs on leashes) down several Hollywood streets! 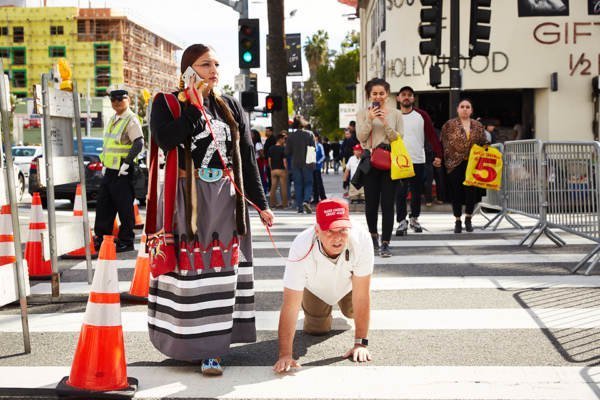 This naturally is NOT really a slap in the face of the President…, but instead it was fully intended to be a gigantic SLAP in the face of anyone in America who supports him.

THIS WAS FULLY INTENDED TO HUMILIATE MIDDLE AMERICA

The message is clear.  Anyone who votes for Donald Trump is no “smarter” than a dog…, and stupid animal and deserves to be paraded around on a leash!

This is also why this farce took place in Hollywood, where only insane liberals would be walking nearby.

This abysmal message is not an isolated event however, but is being sent/telegraphed across the world in countless ways now…, not just in these childish antics…, but the “message” also comes directly from the huge billion dollar TECH companies who are “punishing” anyone and everyone in America who holds a populist, nationalist, conservative or Christian point of view!

Google, Facebook, YouTube, Twitter, Reddit, Insta-gram, and others have banded together and decided to outright BAN, CENSOR, LIMIT, DeMonitize, anyone who dares to try to reclaim America by having a different point of view than theirs!

THE WAR HAS ALREADY STARTED IN EARNEST

The only thing that has not yet happened is for the GUNS to come out!

These TECH ENGINEERS who sit at their desks at GOOGLE – YOUTUBE – TWITTER – and FACEBOOK do not realize just what kind of  TARGETS they are painting on their backs!

In today’s “tech age”…, pushing buttons to DESTROY a human beings entire “lifes work” – perhaps thousands of informational videos which could be decades worth of work – is just like BURNING THEIR HOUSE DOWN!

There is little difference – and the sad thing here is that these “children”…, who work for the TECH COMPANIES (they could never be called adults) just don’t see that very soon REAL JUSTICE will be visited upon them.

The idea here is sound.

They can CLAIM all they want that they were ORDERED to destroy so and so’s YOUTUBE CHANNEL and DELETE thousands of videos…, but so can someone CLAIM that they were “ordered” to BURN DOWN so and so’s house and everythng in it.  (That does not make it less of a crime if they actually do it.)

THE COURTS DON’T CARE IF SOMEONE ORDERED YOU TO DO IT!  YOU CAUSED THAT DESTRUCTION.  IT’S YOUR FAULT. 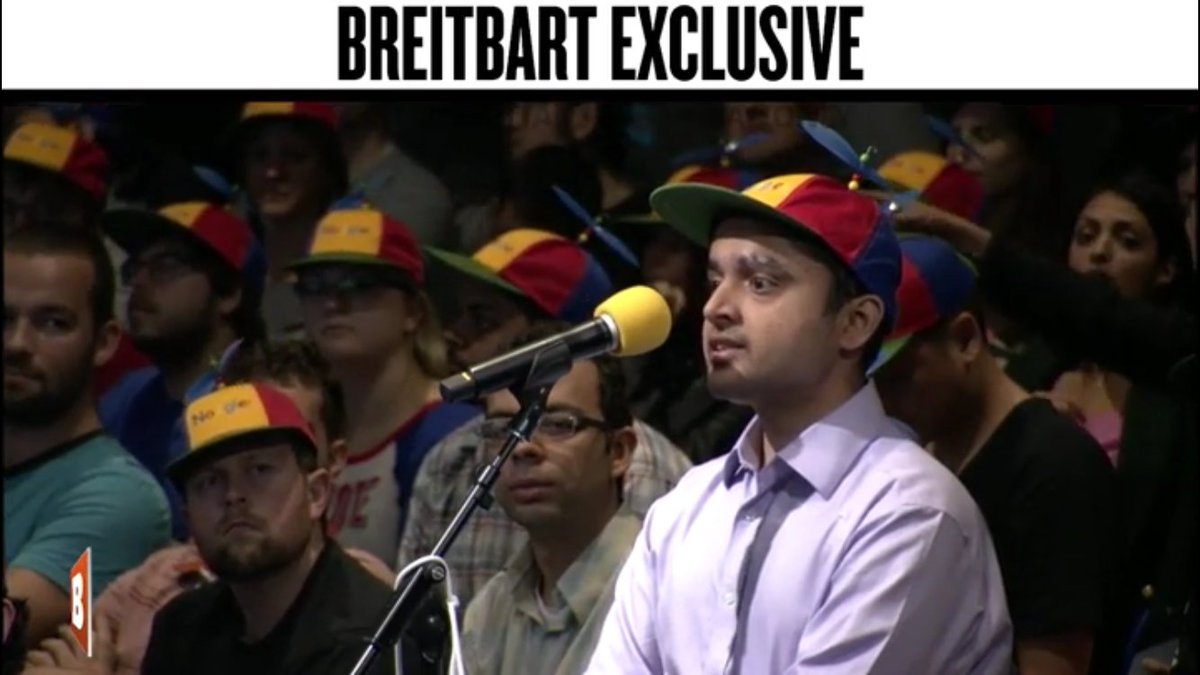 This is one of the reasons why grown men and women who work at places like GOOGLE are treated like tiny children!

They are encouraged to keep thinking like 8 year olds…, and thus when they do GROSS HARM to another human being, or another human beings LIFE WORK…, they then “respond” like tiny children would respond saying they had NO CLUE that they were even hurting anyone.

Oh I didn’t KNOW that throwing a match on a puddle of gasoline inside of a house would burn it down!  I just didn’t KNOW THAT.     I can’t be held accountable.  My mind is only working at an 8 year old level.

The VERY FIRST PEOPLE that need to go (if War is coming) are the ones pushing the buttons at GOOGLE – YOUTUBE – TWITTER – FACEBOOK…, because they are the foot soldiers who are following the EVIL orders.

They are the VERY PEOPLE writing the algorithms to CENSOR AND BAN Conservatives, Christians, and ANYONE ELSE who does not think like they do.

They are the ones doing immense and incredible DAMAGE to harm real peoples lives…, but are doing it with the push of a button.

They are the ones who are actively trying to get rid of FREE SPEECH IN AMERICA.

Once this “battle” becomes REAL TO THEM…, and they are made to SUFFER personally, only then will they suddenly come out of their COMA and realize that REAL PEOPLES LIVES are being hurt when they push those buttons.

Get ready America…, the Satanic Left…, WANTS A WAR…, they hate anyone who does not think like they do…, and are telling you so…

RIDICULE IS THE CIA’S GREATEST WEAPON AGAINST TRUTH

https://www.veteranstoday.com/2019/02/28/blockbuster-the-secret-cohen-investigation-why-the-public-only-got-the-sideshow/
Maybe Trump is not the savior we were hoping for.