ARE YOU CERTAIN THERE IS NO “WAR” HAPPENING AS WE SPEAK FOR HUMANITY – AND WHO TOLD YOU OTHERWISE ?

Notice that in BIGGER FISH TO FRY – PART FOUR, there was this little paragraph that was revealed by Castello at the very end of the article, and is very telling!!

“The REPTOIDS use a dragon with its tail in its mouth [a circle] with seven pointed stars in the middle as their main SYMBOL!”

Have you ever seen this: 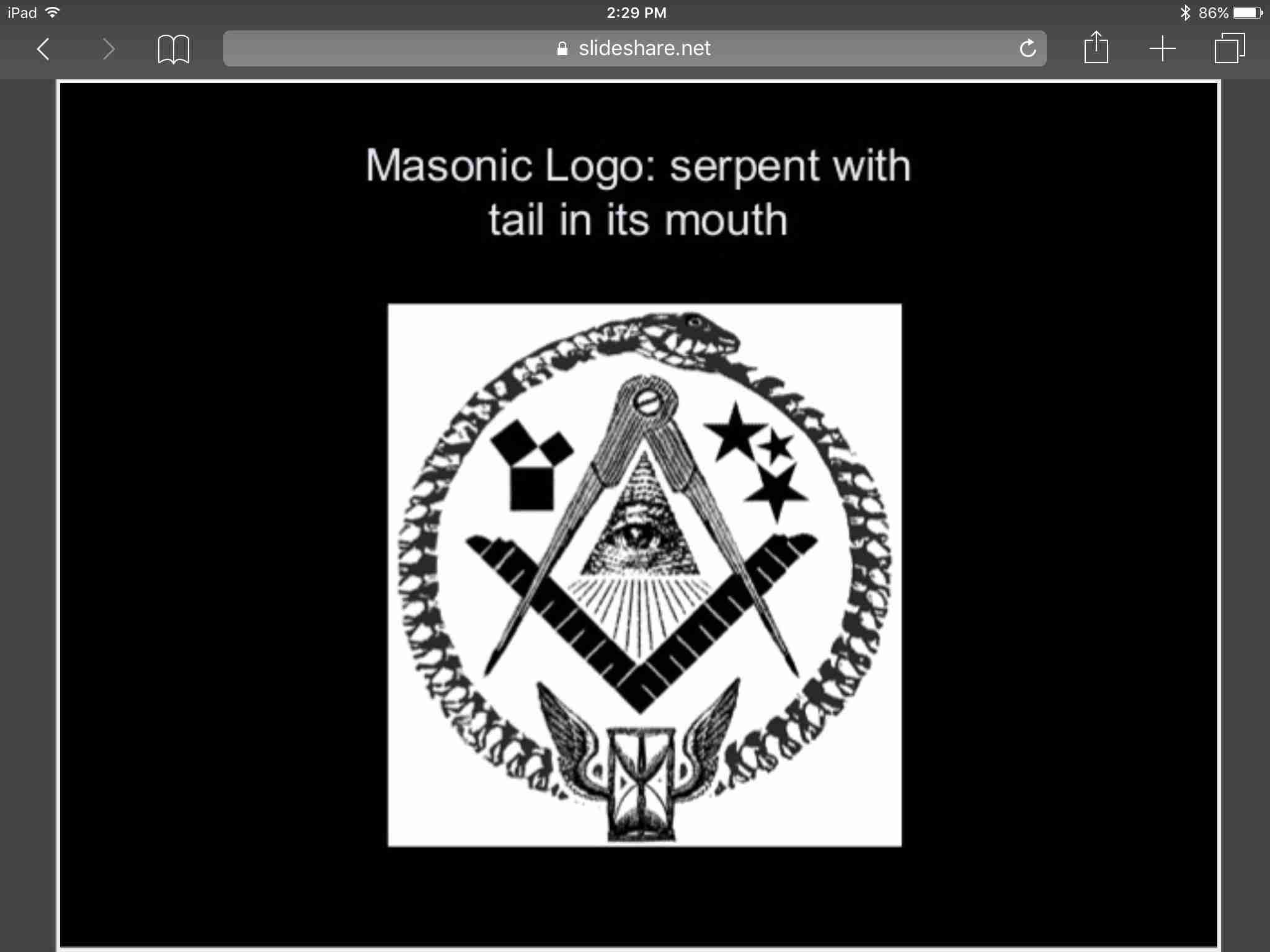 What is this telling us?

As I’ve been screaming from the Roof Tops (again and again) Helena Blavatsky (founder of the New Age Movement) – Albert Pike (a Freemason) as well as Anton La Vey’s – CHURCH OF SATAN – All represent the Reptilian Agenda for Planet Earth!  I wish people could just get this through their heads once and for all!

The New Age Movement is a Reptilian Creation…, and as such, is not even a human idea.

There is much more proof than this however….

The Ducle Book -Chapter 8 – By: Branton

“…In another odd case, an old illustrator, John D., does very painstaking work, but during the time he was on active duty at Dulce he began to act very strangely.

He would write letters to the President informing him of a plot underway to undermine the government, and to sabotage the base. He began to draw pictures of American flags, beautifully executed. He drew strange designs of mechanical devices, began to visit the library and bring back books on physics and advanced electronics. He hardly knew how to spell the words.

“He would patiently explain something of a very technical nature, which he shouldn’t have understood. When asked what he was raving on about and why he was causing trouble by writing the President, John D. would say that he had been ‘sensitized.’

“Last year when I was sick [John D. explained], the doctor on the base gave me sulfanilamide. There is a fifth column in this country that is tied up with aliens. Selenium is being slipped into SULFA DRUGS, and this selenium lodges into the bones and makes the human body receptive to extremely short waves…, those that are in the wave band of the brain.

Similar to the waves that can be detected by the encephalograph. About 300,000 people in this country have been sensitized, and at least seven secret radio stations have been set up in America, and they are broadcasting directly to these sensitized persons, instructing them in the best way to perform acts of sabotage against our planet.”

These claims as given by the Dulce worker, John D., are incredible indeed, and could easily be dismissed as the ravings of a madman, IF NOT FOR THE FACT that many others are saying basically the very same thing…, that there is a movement underway to bring the minds of the masses under the subjection of an alien force, whether through electronic implantation and control, subliminal programming, or through other nefarious means.

Why would the ‘controllers’ use the United States as the major target of their activity?

We believe that this is due to the fact that the United States is a place that was originally intended by it’s ‘founding fathers’ to be a refuge for peoples FROM ALL NATIONS to come and work out their collective destinies free from the restrictions of prejudice and the oppressiveness of tyrannical rule — a land where all people could express their creativity, culture and individual destinies without interference.

This was the founding fathers ‘intention’, however it is obvious that the ‘dream’ has not been fully realized because of the collective and governmental compromise of the principle that “all men are created equal”.

The United States, nevertheless, is unlike any other single nation on Earth.   It is a cultural “melting pot” and a place where not only international human societies on the surface CONVERGE and intermingle in a dramatic way, but apparently where human societies beneath or beyond the earth converge as well.

For instance, according to various reports, most non-surface human societies who are aware of planet earth have their representatives walking among us in our own society here in America (and to some extent, other nations throughout the world) although many of these choose to keep a low profile for either honorable or not-so-honorable reasons.

Individuality is the MORTAL ENEMY of the alien “Hive”, you could say.

The U.S., then, seems to be in essence a “World Scenario”, if not a ‘universal’ scenario in miniature – and therefore the ‘Conspiracy’ that wants to take the Earth as it’s own, sees it as a most valuable prize.

Therefore, it would probably not be too ‘far out’ to suggest that the war between the human and the serpent races from all three ‘realms’ (extraterrestrial, ultraterrestrial and intra-terrestrial) converge within the borders of America.

Then, we also have the “battle- ground” arenas between the AMERICAN-COM12-PHILADELPHIAN-NORDICS, and the BAVARIAN-AQUARIUS-MAJI-PHOENICIAN-REPTILOID forces within high-security military complexes like those which permeate the underground territories below California, Nevada, Utah, Idaho, Arizona, Colorado, Oklahoma and New Mexico!

These “battle – grounds” are apparently centered specifically in or near the underground military-industrial systems located beneath Lancaster, California; Mercury, Nevada; Burley, Idaho; Dougway, Utah; Page, Arizona; the underground systems below the Denver International Airport of Colorado; and also below Oklahoma City.

All of these basing areas are seen by the proponents of the New World Order as strategic sites that they MUST maintain control over if they are to ever force America (and all Americans) to submit to a one-world government.