BEFORE HITLER CAME TO POWER – THERE WAS THE THULE SOCIETY 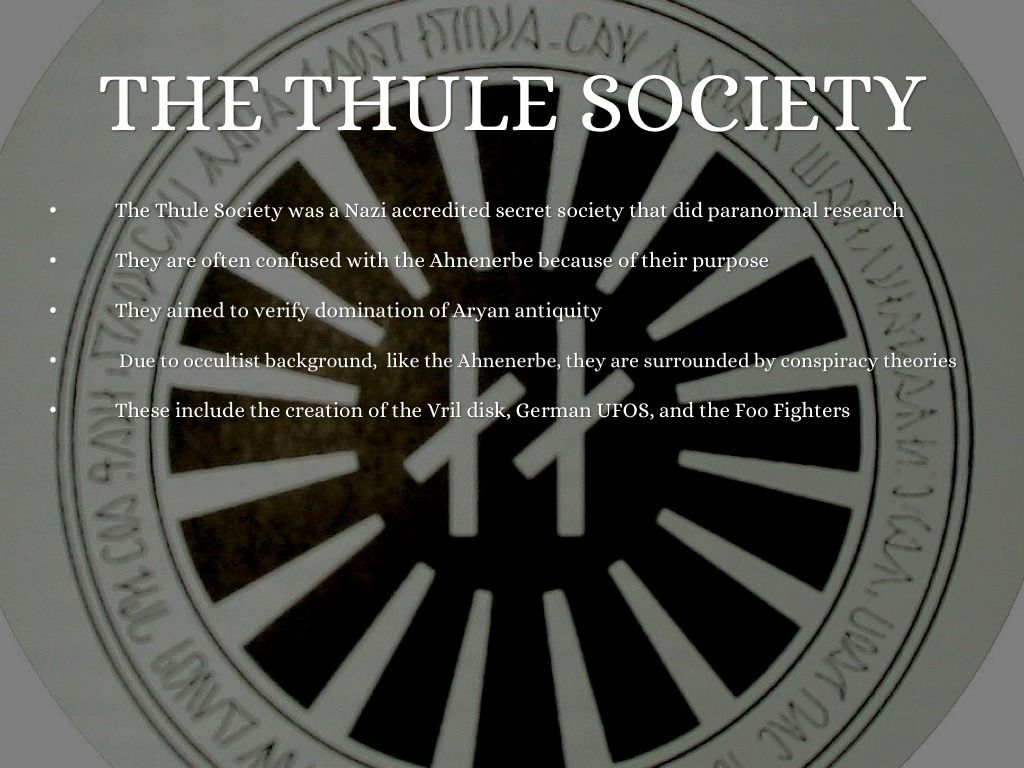 The SYMBOLISM of the Thule Society is really important to look at and to understand.  As with all Secret Societies, a lot of their message is hidden inside of their SYMBOLS!

For instance, if you look at the Symbol above, you’ll notice that the THULE and the NAZI symbols are very closely related!

Below is another Thule Symbol:

The main symbol of the Thule Society is the “dagger”.  The dagger throughout history has been used for blood sacrifices specifically!

Interestingly, this next symbol is also a “shortened version” of the THULE, and has to do with Ancient Runes.

Below this is the Symbol for the NAZI “SS”

(Notice that it is pure SILVER)

The Thule Society was founded August 17, 1918 by Rudolf von Sebottendorff, a German occultist, as the Munich branch of the Germanenorden, an earlier secret society in Germany also known as the “Order of Teutons” (1912).

A primary focus of Thule-Gesellschaft was a claim concerning the origins of the Aryan race.

“Thule” was a land located by Greco-Roman geographers in the furthest north. The society was named after “Ultima Thule” — (Latin: most distant North) mentioned by the Roman poet Virgil in his epic poem Aeneid, which was the far northern segment of Thule and is generally understood to mean Scandinavia.

Said by Nazi mystics to be the capital of ancient Hyperborea, they placed Ultima Thule in the extreme north near Greenland or Iceland.

The Thule Society counted among its goals the desire to prove that the Aryan race came from a long lost continent, perhaps Atlantis.

The Thule-Gesellschaft maintained close contacts with followers of Theosophy and the followers of Helena Blavatsky, a famous Occultist during the second part of the 19th century.  (Later 1800’s)

Anthroposophical themes were common too, as the motto:  Der Weg ist in Dir – ‘The Way is present in You’, expresses.

Self-realization and the supreme position of the human person were essential to the Thulists.

In 1919, the Thule Society’s Anton Drexler, who had developed links between the Thule Society and various extreme right workers’ organizations in Munich, together with Karl Harrer established the Deutsche Arbeiterpartei (DAP), or German Workers Party.

By April 1, 1920, the DAP had been reconstituted as the National Sozialistische Deutsche Arbeiterpartei (NSDAP), or National Socialist German Workers Party (generally known as the “Nazi Party”).

So after reading this, it is quite “safe” to say that the NAZI PARTY was actually (and literally) born directly out of the THULE SOCIETY!

It is also very important to note that as mentioned in the quote above, that most (if not all) members of the THULE kept very close contacts with THEOSOPHY and the followers of HELENA BLAVATSKY!

It seems that some of the fundamental NAZI “goals” were to learn the “Secrets of the Universe” – by studying both ANCIENT and OCCULT HISTORY!

Here again, it is interesting to see how a desire to delve into RELIGIOUS/SPIRITUAL things…, spawned an absolutely devastating World Wide War fighting over ancient knowledge and ancient information…, who has it, and who does not…, and WHO ULTIMATELY CONTROLS IT!

Maybe now it makes MORE SENSE to you my reader…, as to why the NAZI symbol is right at the very top of Helena Blavatsky’s own symbol for Theosophy!

First off, let’s compare another “symbol” of the SS, with a symbol of the THULE.

Notice the similar facets of this SS Symbol, and then the one below it, which is THULE.

And then there is this one, which is standard SS…

So when are people finally going to see that ANTIFA is actually a NAZI/SS resurgence?

So what (pray tell)  is “ANTIFA” really?

Perhaps what we are actually seeing, (in our modern time)  is the still on-going battle…, an  Age Old War between Secret Societies that are locked in an EPIC struggle over Ancient Knowledge and Ancient Information…, and who can have it, and who can not…, AND FINALLY…, over WHO CONTROLS IT??

Could it be this simple??  Could this be ANTIFA’s true PURPOSE?? 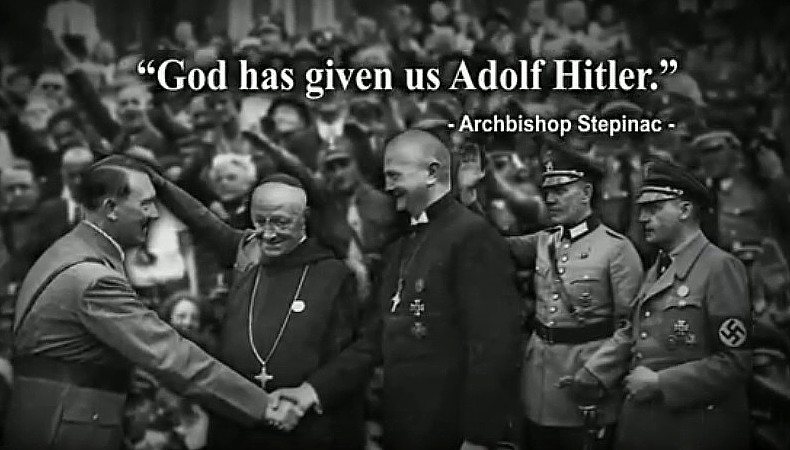 Well, what do you suppose DISCLOSURE really is?

What is the definition of the word…  DISCLOSURE ??

Isn’t “Disclosure” all about Ancient Knowledge and Ancient Information…, who can have it, who can’t…, and WHO CONTROLS IT ALL? 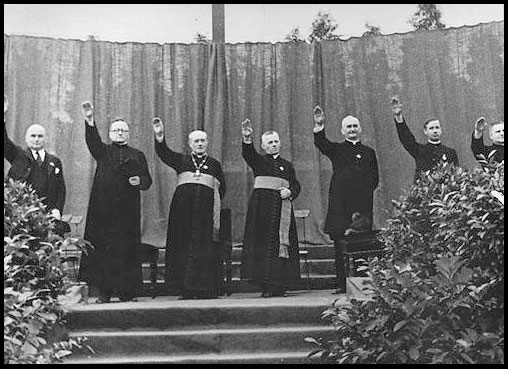 When we see the likes of ANTIFA marching down the streets and yelling for an end to free speech…, then what we are seeing (once again in modern history) are these DEEP HIDDEN SECRET SOCIETIES who are desperate to protect their SECRET KNOWLEDGE!

They are “using” countless useful idiots…, (the young and the stupid) to do their MARCHING FOR THEM…, and to violently call for an end to learning and for and end to knowledge and to replace that with the CONTROL OF SPEECH!

This is to include: Shadow Banning – Targeting – and the censorship we are now seeing everywhere in the Tech Industries as well as the Total Destruction of anyone who is getting too close to the long held and long hidden SECRETS OF THE AGES!

And so…, where is the NAZI SS most present today in America? 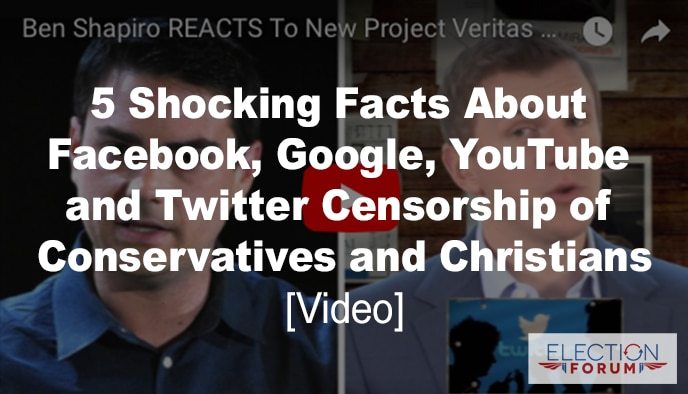 The SATANIST – LUCIFERIAN CULT wants to keep ALL knowledge for themselves because “knowledge” is “power”, and they know this.

And…, having all of the knowledge in their grubby hands already, and keeping it only for themselves creates a POWER DIFFERENTIAL between those who know…, and those who don’t!

What did the NAZI’s do when they finally got into power?

THEY BURNED ALL OF THE BOOKS!

Here is a quote from Adolf Hitler:

‘The hierarchical organization and the initiation through symbolic rites, that is to say, without bothering the brain, but by working on the imagination through magic and the symbols of a cult, all this is the dangerous element, and the element I have taken over.’
ADOLF HITLER

It was not that he did not “believe” in magic or in the occult, but that he wanted to CONTROL who else knew about these “dangerous” things.

The SS (initials that stand for Schutzstaffel or Guard Detachment) was originally intended to be Hitler’s personal bodyguard.

The early history of the Party was such that the SA (Die Sturmabteilung) or Brown-shirts, were really the first shock troops – “Storm Troopers” – of the NSDAP: enforcers in uniform that intimidated the opposition and acted as a kind of private army for the Party (a type of Friekorps, such as that supported by the Thule; indeed the leader of the SA, Ernst Röhm, had been a Friekorps leader, who was closely associated with the Thule Gesellschaft).

It is plain to see that ALL of the ANTIFA FLAGS that are waving all over the world are indeed the resurgence of the “OLD GUARD” who do not want hidden knowledge coming out into the hands of the masses!

Anyone who marches and waves these flags are USEFUL IDIOTS who do not know or even understand who (or what) is truly behind these movements! 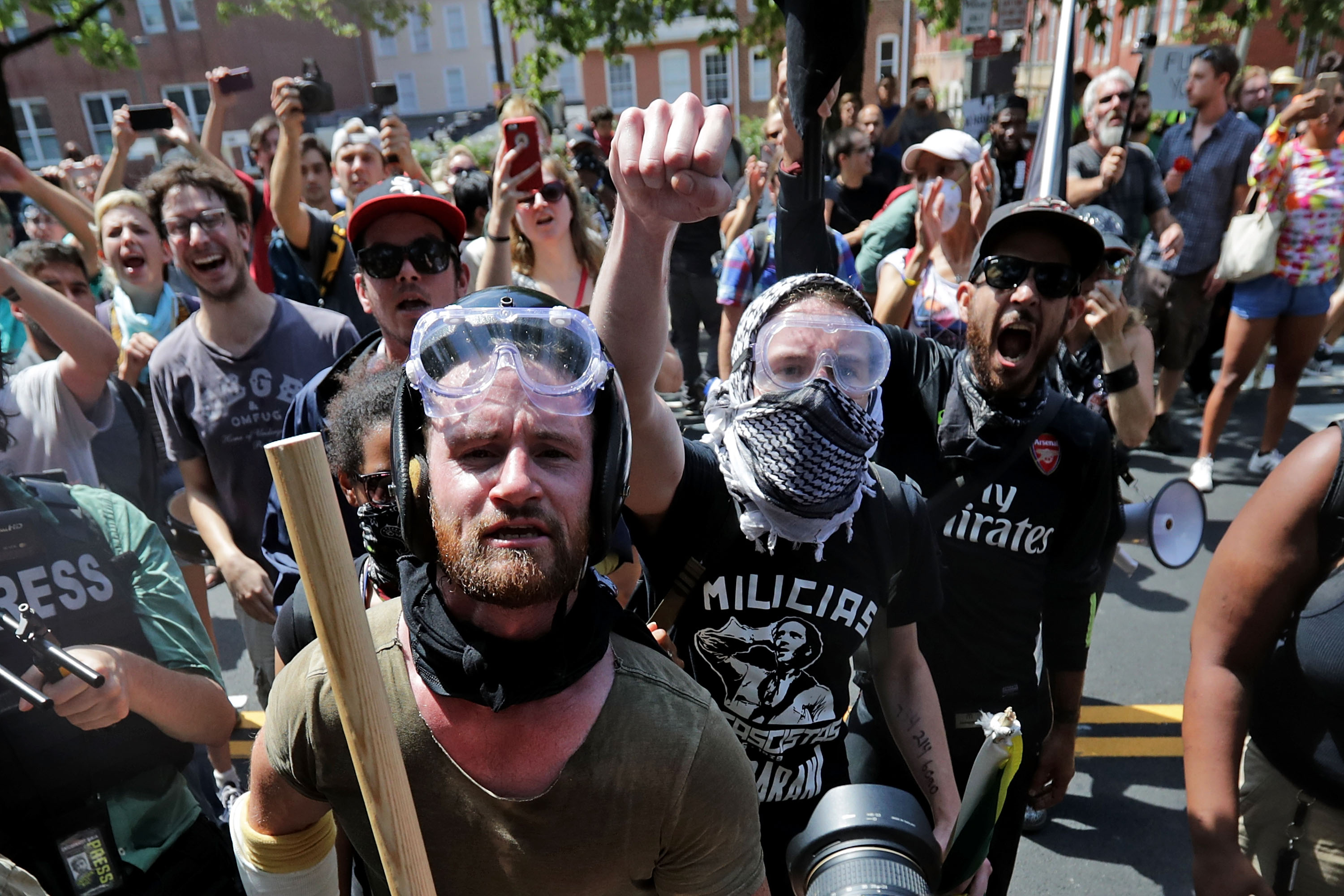 CHARLOTTESVILLE, VA – AUGUST 12: Anti-fascist counter-protesters wait outside Emancipation Park to hurl insluts as white nationalists, neo-Nazis and members of the “alt-right” are forced out after the “Unite the Right” rally was declared an unlawful gathering August 12, 2017 in Charlottesville, Virginia.   After clashes with anti-fascist protesters and police the rally was declared an unlawful gathering and people were forced out of Emancipation Park, where a statue of Confederate General Robert E. Lee is slated to be removed. (Photo by Chip Somodevilla/Getty Images)

Now do you realize just how dumb it is for ANTIFA crusaders to be screaming: NAZI’s GO HOME…, when in fact…, ANTIFA is literally a resurgence of the old NAZI SS – and thus the THULE SOCIETY – (a secret society hidden information protection racket)!

And remember this as well….

The THULE and VRIL SOCIETIES started out as a group of German “spiritual people” who were heavily into Channeling and Channeled Messages and Spiritual Masters! 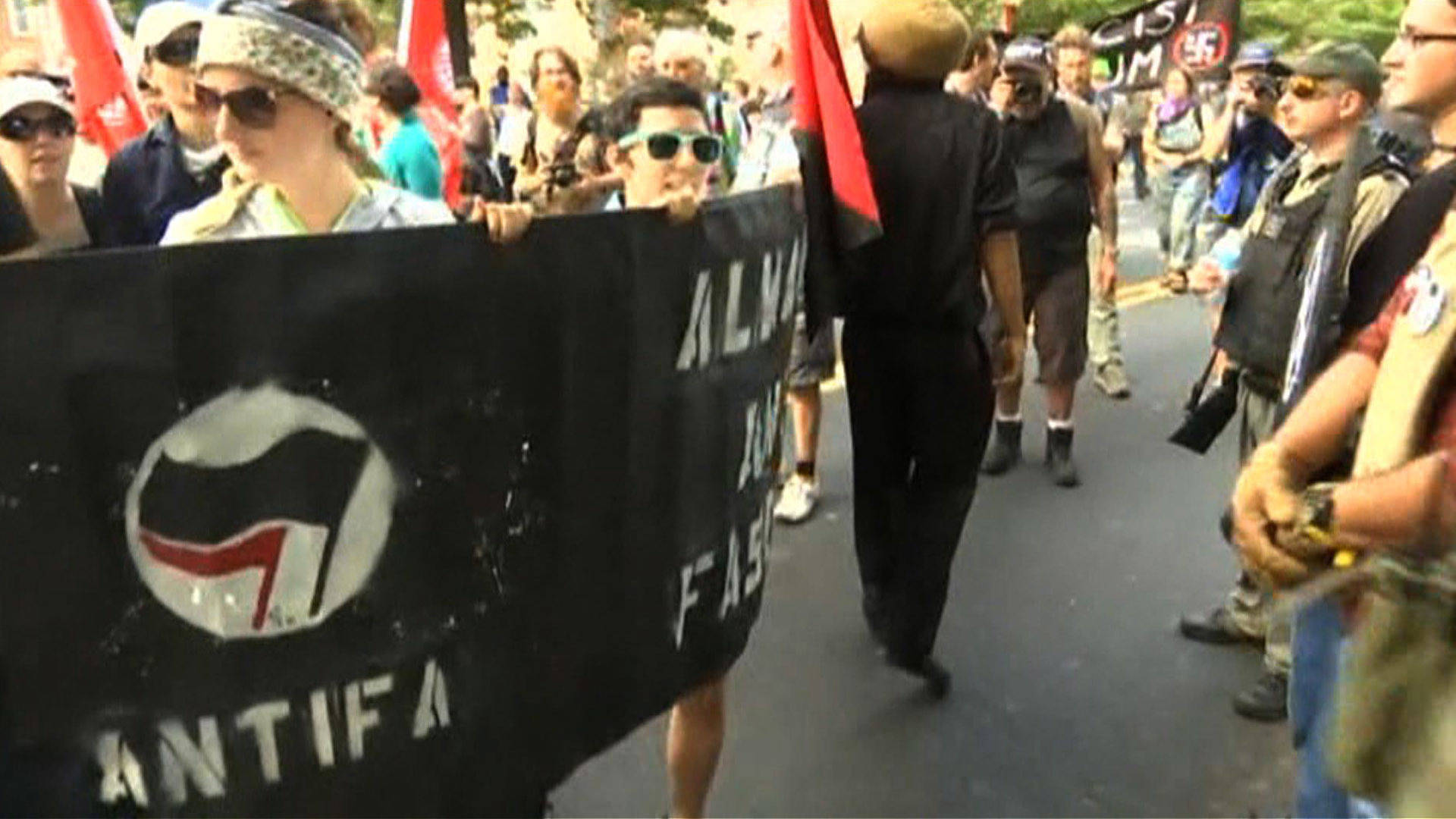 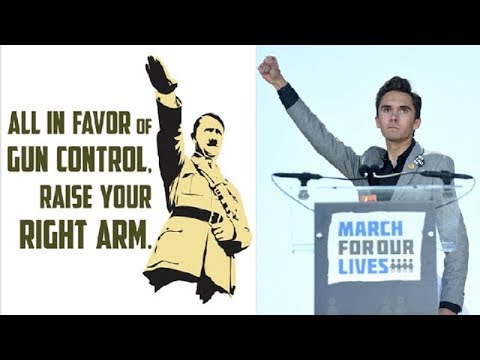 HOW CAN YOU TELL IF SOMEONE IS REALLY LYING