THE NEW AGE AND THE ASHTAR COLLECTIVE –


The next few posts in this series are going to deal with how (exactly) the NEW AGE belief system has enmeshed and intertwined itself into the SECRET SPACE PROGRAM in some very insidious ways.

Quote below is from the TERRA PAPERS

Countless wars over Billions of years had taught the SSS Queens a vital lesson, an enemy or rebellious subject serves NO PURPOSE if executed. But, if the brain was reprogrammed and resistance was eliminated, then a vital body was added to the labor force.  Thus MIND CONTROL became the SSS Reptilian Queens weapon of choice!

Referred to by other races as “THE MASTERS” or ARI, they would in time come to be known as the ARI of  AN (Heaven) or very literally: THE MASTERS OF HEAVEN!

With commentary by Branton:


A website known as ParaNet –  http://www.paranet.org/   – has done an investigation into the PHOENIX organization which put out this report.

Contrary to the claims of the authors of this document, ParaNet has found obvious links between the PHOENIX PROJECT and the PHOENIX REPORT, an outlet for the ASHTAR Collective.

One of the ‘leaders’ and ‘spokesmen’ for this collective is a being that goes by the name of HATONN.

Hatonn, according to some sources, is a 9 ft. ‘Pleiadean’ with severe fascist leanings who claims to be a Reptilian-Human ‘defector’ from the Unholy Six Orion-Draconian Empire.

Other sources claim that the Ashtar Collective — or at least a large segment of the collective, has been infiltrated and assimilated by Draco-Orion Agents posing as “Ascended Masters” — and are now in direct collaboration with the reptilian Grays and the ‘Unholy Six’.

(In other words – most of the “ASHTAR GROUP” is conning people into thinking they are on the side of good, when they are actually working with the Draco Agenda and the Luciferians.)

In such an event, it would NOT be surprising for the Draco-Orion controlled segment of the Ashtar Network to seek to discredit a secret base located under Dulce, New Mexico IF IN FACT that base was being controlled and operated jointly by Draconian and Ashtarian forces.

A few weeks ago, ParaNet received on-line copies of several documents which purported to come from a previously unknown organization called “The Phoenix Project”.

The project is described in the documents as a “private, civilian, research organization” which was “formed in 1952 to investigate and correlate information” concerning UFOs and ETs.

According to the information contained in the documents, for a small price one can receive printed copies of the project’s reports, complete with maps, magnetometer readings, and a host of other supporting charts and diagrams which serve to make the whole endeavor look scientific and legitimate.

The documents we received were formulated as investigative reports on two of the hottest and most controversial issues within the UFO research community: the underground alien bases which are said to exist at numerous locations around the United States, and the cluster of alleged UFO-related projects sometimes referred to collectively as “Operation Majestic Twelve”.

(1) “The Ultimate Secret”, originally dated 4 August 1989 and revised most recently 5 May 1992, purporting to lay bare the inner workings of the government’s secret UFO projects, including the recovery of alien technology and bodies from crashed UFOs, the exploitation of this technology by a number of code-named government projects, and the involvement of NASA and the SDI program in preparing for CONFLICT with alien INVADERS;

(2) “The Dulce Report”, dated 27 May 1992, describing an on-site investigation of the Dulce and Archuleta Mesa area in New Mexico, which purportedly proved beyond any doubt that there is nothing there of any interest to UFO researchers despite PERSISTENT reports to the contrary; and

(3) “The K-2 Report”, originally dated 28 July 1989 and revised 27 June 1992, which purports to document the discovery of a genuine “secret alien base” in the Pilot Peak area of Plumas County, California.

ParaNet received the three documents as uploads from a Mr. Jack L. Mathias of Carson City, Nevada, who represented himself as the sole public spokesman for the Project.

But the reports themselves name neither the authors of the documents nor the principals of the Phoenix Project.

Instead, they cryptically state that they are the work of “former military personnel who have all been associated with intelligence activities, and have knowledge of covert government operations concerning UFO’s”.

Given the sorry history of anonymous documents and ‘former’ government agents in the UFO community, ParaNet felt it necessary to start its own investigation in an effort to determine just who was behind the Phoenix Project and what their motives might be.

First we sent a letter to the post office box listed in the documents, asking for further information about the group; but the letter was not answered.

We corresponded by electronic mail with Mr. Mathias, who represents himself as an agent for the group, but he refused to provide any of the information we requested.

So much for the direct approach.

They did say that articles of incorporation were filed under the name of the Phoenix Project on 25 August 1988 by a Mr. Thomas Naylor of Las Vegas, Nevada. However, the corporation failed to file the names and addresses of its officers by 1 July 1989 as required by Nevada law, as a result of which the incorporation was revoked by the Nevada Secretary of State.

And so we reached another apparent dead end, except for one bit of trivia uncovered by a ParaNet investigator in Las Vegas: An attorney named Thomas C. Naylor had recently moved into an office building at 2810 West Charleston in Las Vegas.

Next we contacted the U.S. Postal Service in Carson City, Nevada to determine the box holder for the Phoenix Project’s publisher, Advent Publishing Company. We were told that the box was registered to a Richard T. Miller, whose address was given as a mobile-home park in Carson City.

Following this, we contacted the Clerk and Recorder’s office in Carson City, and determined that a Richard Miller is listed with them as the legal owner of Advent Publishing.

However, the telephone number they gave us for Mr. Miller has been disconnected, and directory assistance was unable to provide a new one. Another brick wall.

To this point, all attempts to verify the Phoenix Project’s legitimacy using conventional methods had proved futile, so we decided to try a different approach.

The Phoenix Project explicitly and emphatically disclaims affiliation with any other groups using the name ‘Phoenix’. And just to make sure everyone gets the message, each document states at the beginning that “[i]n particular, there is no affiliation with a publisher known as America West, any of its publications, or the individuals known as George and Desiree Green”

(Note: one source has informed us that George Green has ties to the CIA. However, this source was not able to confirm this claim, and so it should be taken only as a ‘possibility’. – Branton).

Unfortunately, ParaNet has uncovered evidence that these disclaimers may be intended to conceal rather than to illuminate.

America West, it turns out, is the publisher of a magazine called the Phoenix Liberator, which carries large quantities of channeled material alleged to originate with an entity from the Pleiades known as ‘Hatonn’.

The Phoenix Liberator has come under fire recently from some in the UFO community as anti-Semitic and neo-fascist. [See, for example, “Hatonn’s World: A Neo-Nazi ET?” by Don Ecker in the July/August 1992 issue of UFO Magazine.]

The Nazi Thule Society not only ‘channeled’ the Ashtar Forces, but had developed several aerial disc designs, photographs of which are depicted in the film.

One disc type was the ‘Adamski’ model. 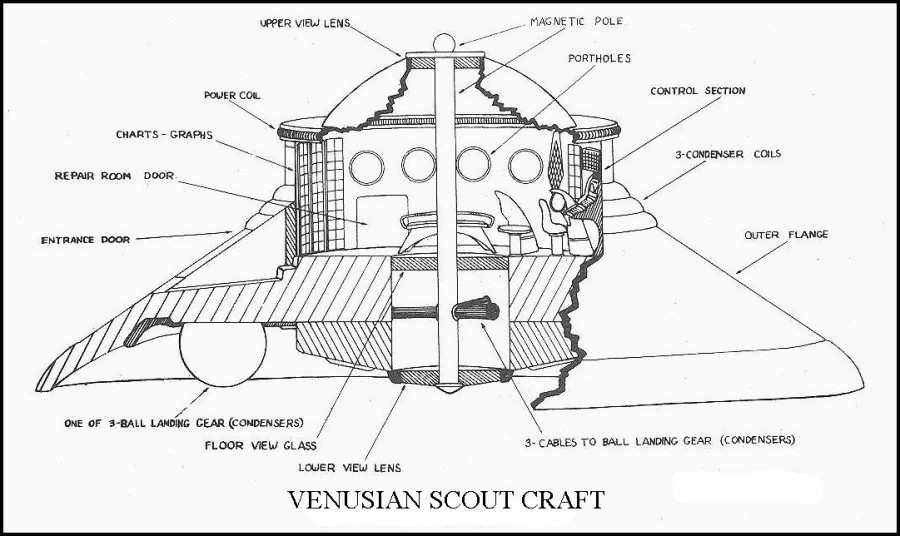 Whether Adamski’s German contacts were actually ‘Nazis’ masquerading as ‘Venusians’, or whether the Nazi’s had somehow gained access to a Venusian-Pleiadean scout ship is not clear at this time, however John Lear has stated that a small renegade ‘Pleiadean’ faction in Aldebaran…, which had sold itself over to the Ashtarian-Draconian agenda, had intentionally ‘crashed’ one of their ships — loaded to the hilt with high-tech equipment (in Germany) — so that they could get the technology to their Germanic/Bavarian allies while at the same time making an effort to seemingly by-pass the established non-intervention laws of the Saturnian-Lyran-Pleiadean-Andromedan ‘Federation’.

Lear also claims that this Pleiadean-Draconian-Ashtarian faction also wanted Germany to initiate a war which hopefully would reduce the population of the planet to a point where the Ashtar/Gizeh alliance or collective could establish more influence with far less resistance in the international affairs of planet Earth.

This collaboration with the Bavarians was also being motivated by certain extremist Interventionist and RACIST factions of ET’s from Lyra and Aldebaran, who were intent on making their ‘Aryan’ brothers on Earth the dominant race. – Branton.

But ‘Hatonn’ and his defenders vehemently deny the charge [of being ‘Nazis’], and the whole affair has been widely and rather nastily trumpeted both on the net and in print.

It seems that until recently, America West Publishers and the Phoenix Liberator were operated out of TEHACHAPI, California.

Tehachapi, according to many investigative sources, is a MAJOR center for collaborative alien and military-industrial activity – Branton.

Here is a website that is constantly posting articles about:

THE COMPANY OF HEAVEN…, and the ASTHAR COMMAND!

Below is just one of hundreds:
http://goldenageofgaia.com/disclosure/how-will-the-galactics-help-us/why-does-the-company-of-heaven-carry-out-some-actions-in-secret-part-12/

If you read the text of the article below, many things jump off of the page.

The Company of Heaven (which could also be read: MASTERS OF HEAVEN) is carrying out the Ascension of the planet and all its inhabitants. The particular type of Ascension being attempted is brand new (mass Ascension, physical Ascension).

Next this article makes excuses for the use of GREAT SECRECY, and even possibly DECEPTION as a way to achieve the so called “ASCENSION”.

It therefore falls to the Company of Heaven not to advertise some of their plans ahead of time and to carry out many of their initiatives under wraps.

Just a bit later, for second time…, a case is made for absolute secrecy and then explained that it’s all for our OWN GOOD!

Even if the Illuminati did not retaliate, they created and broadcast so many movies that portray galactics as predators and conquerors that a sudden show of extraterrestrial ships could induce a wave of fear and panic in the populace.

Ashtar tells us they want to avoid this as well.

Here are some websites dedicated to the ASHTAR COMMAND:

And yet…, let’s re-read what was written earlier about the ASHTAR COLLECTIVE, in a post that wasn’t coming from a NEW AGE believer who had never done any research at all, other than listen to the “CHANNELED MESSAGES” of other people.

The Nazi Thule Society not only ‘channeled’ the Ashtar Forces, but had developed several aerial disc designs, photographs of which are depicted in the film.

Whether Adamski’s contacts in Germany were actually ‘Nazis’ masquerading as ‘Venusians’, or whether the Nazi’s had somehow gained access to a Venusian-Pleiadean scout ship is not clear at this time, however John Lear has stated that a small renegade ‘Pleiadean’ faction in Aldebaran…, which had sold itself over to the Ashtarian-Draconian agenda, had intentionally ‘crashed’ one of their ships — loaded to the hilt with high-tech equipment (in Germany) — so that they could get the technology to their Germanic/Bavarian allies while at the same time making an effort to seemingly by-pass the established non-intervention laws of the Saturnian-Lyran-Pleiadean-Andromedan ‘Federation’.

So this is basically saying is that a huge part of the Asthar “Collective” went rogue and joined up with the Draco’s.

More will be coming…,

In the meantime, have a look at what some of the most unabashed LUCIFERIANS in our history have to say about…, THE LIGHT! 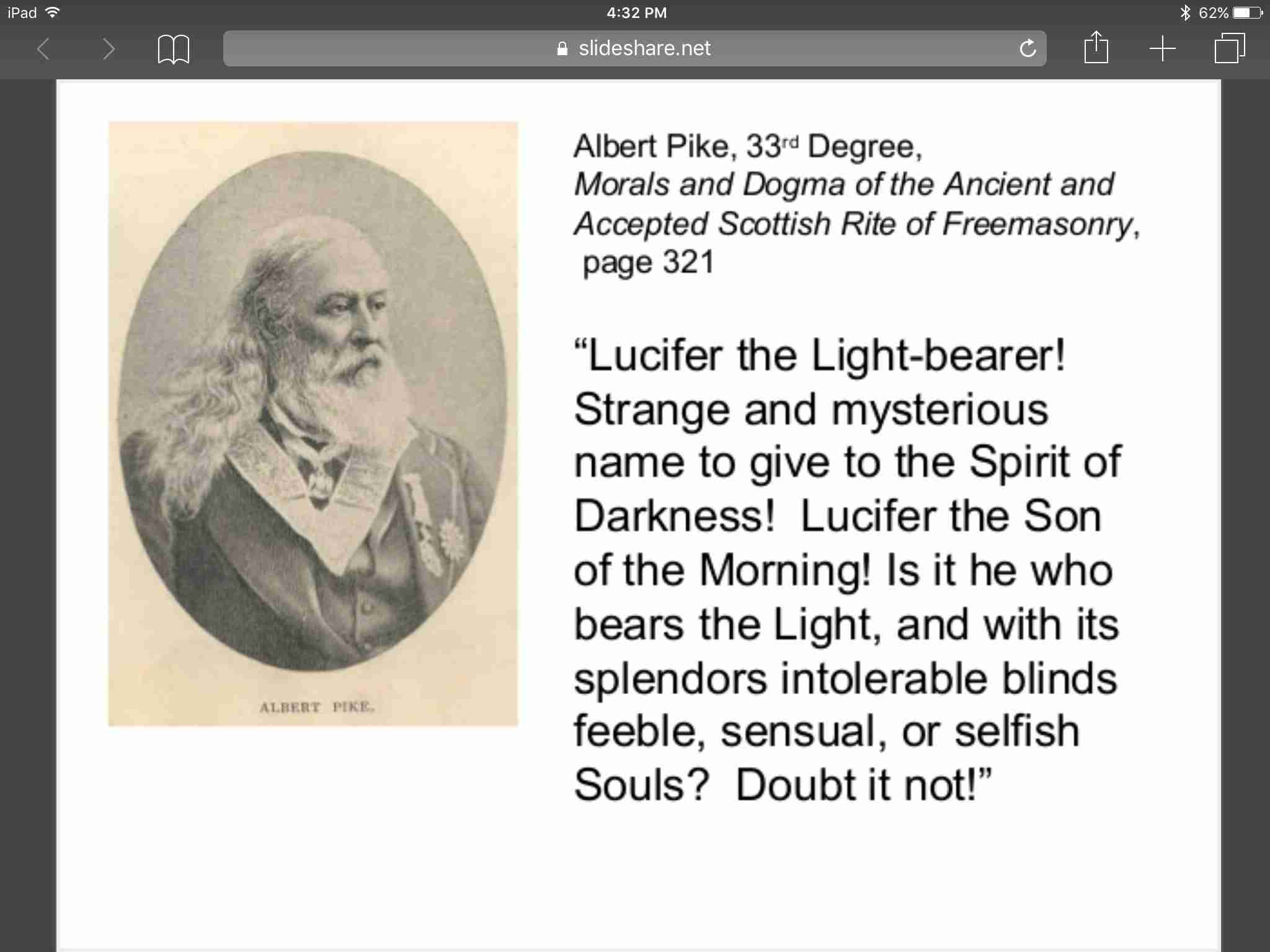 I wonder what kind of “LIGHT” is actually being born by LUCIFER? 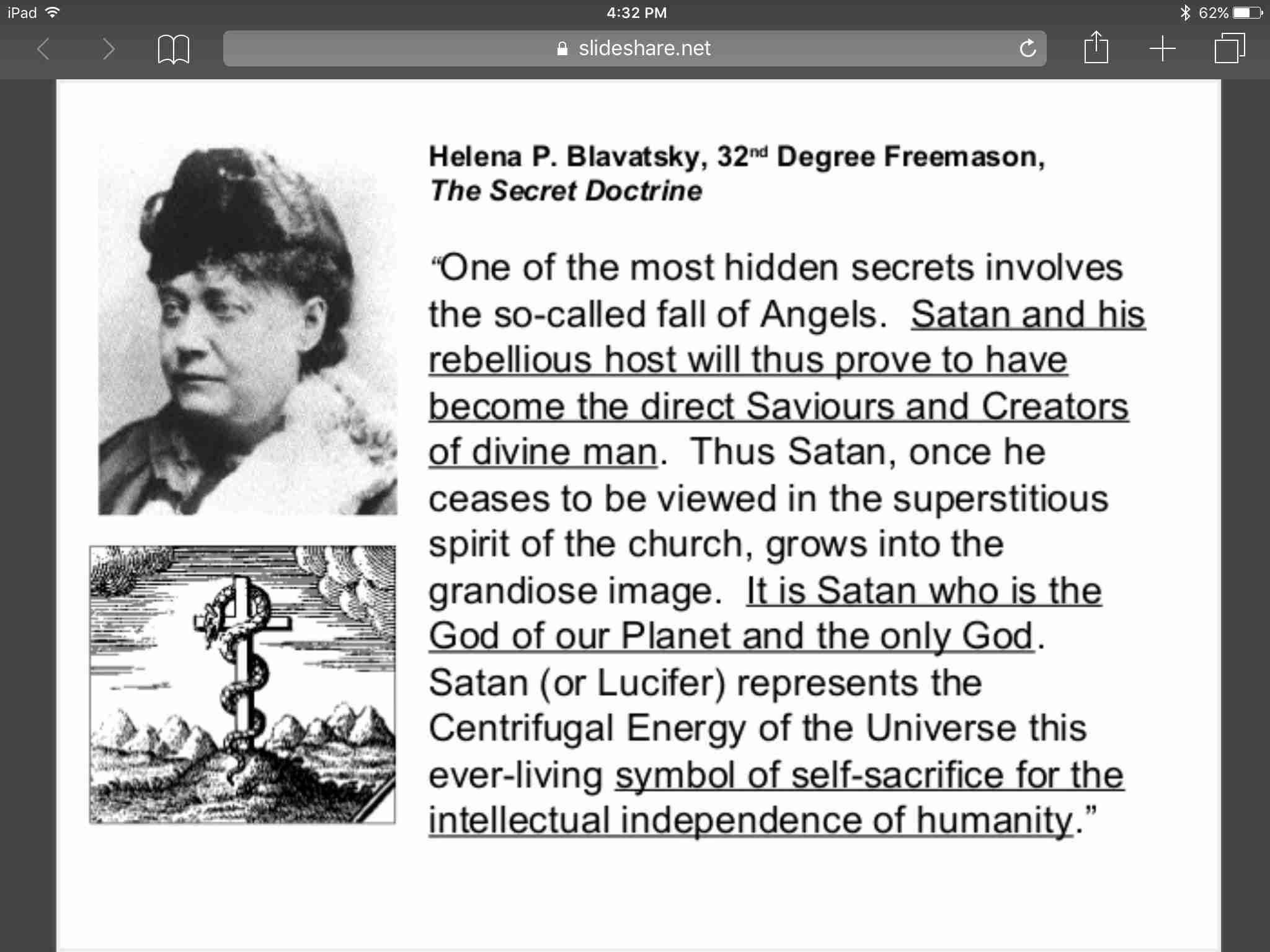 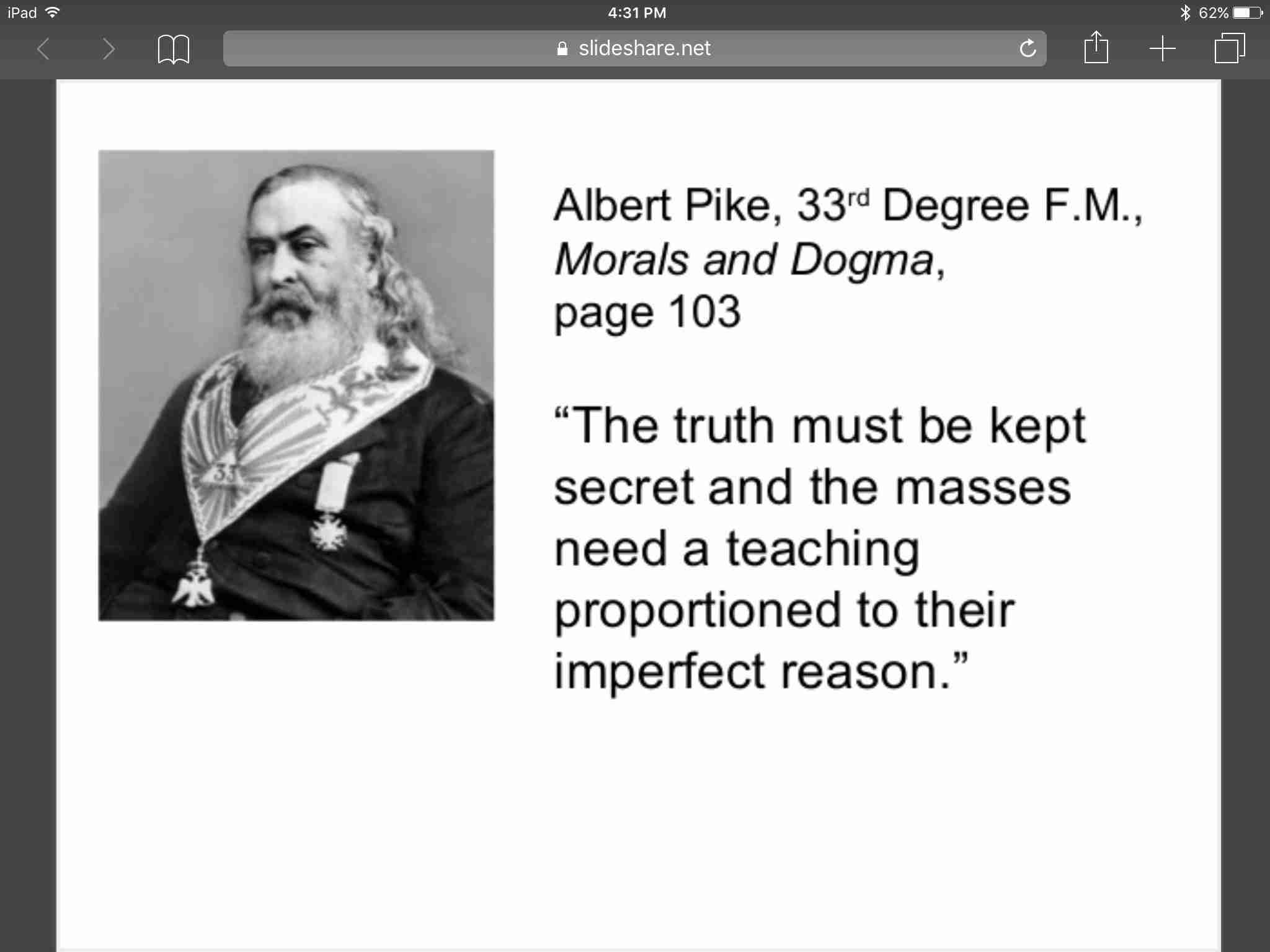 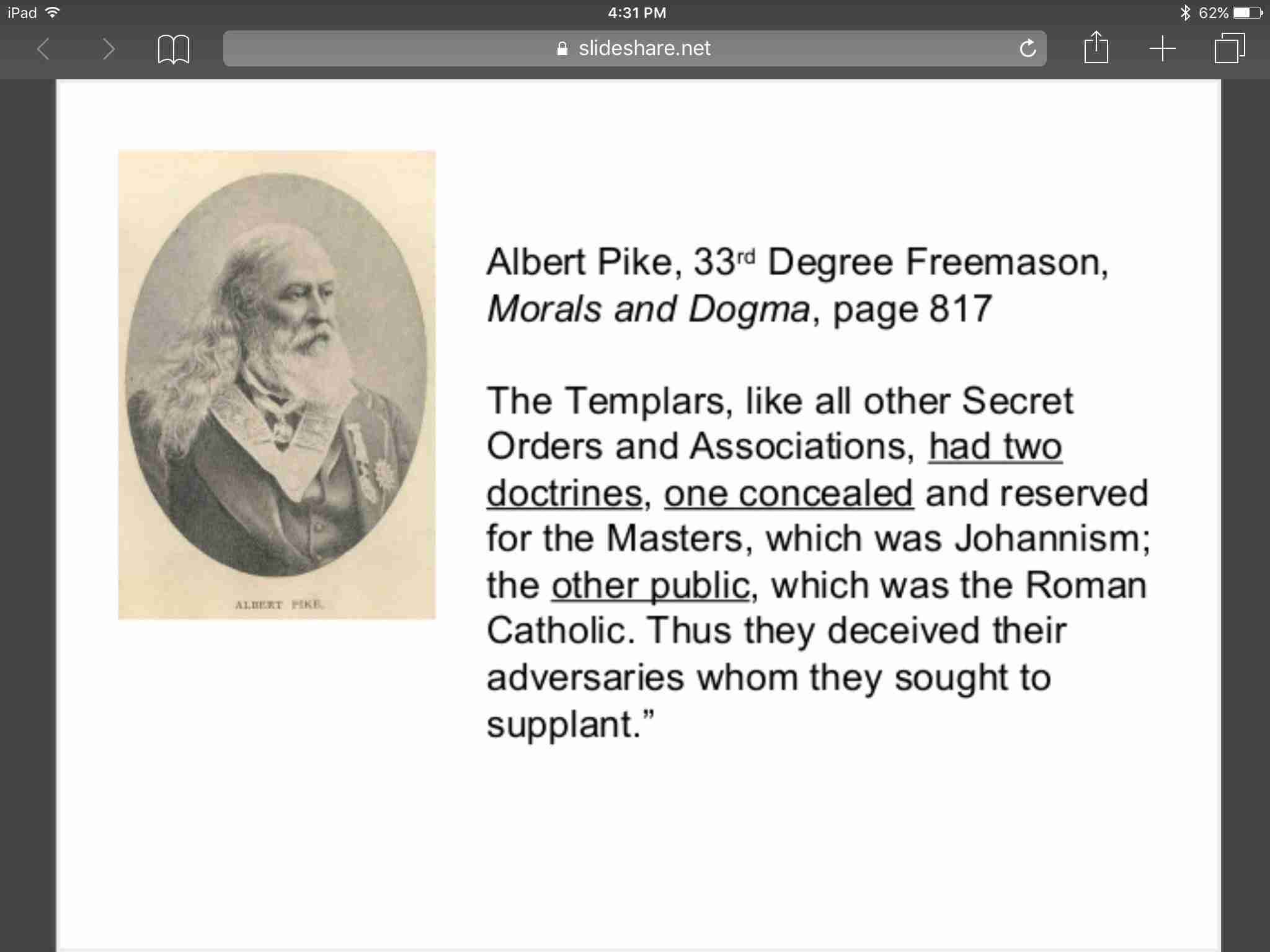 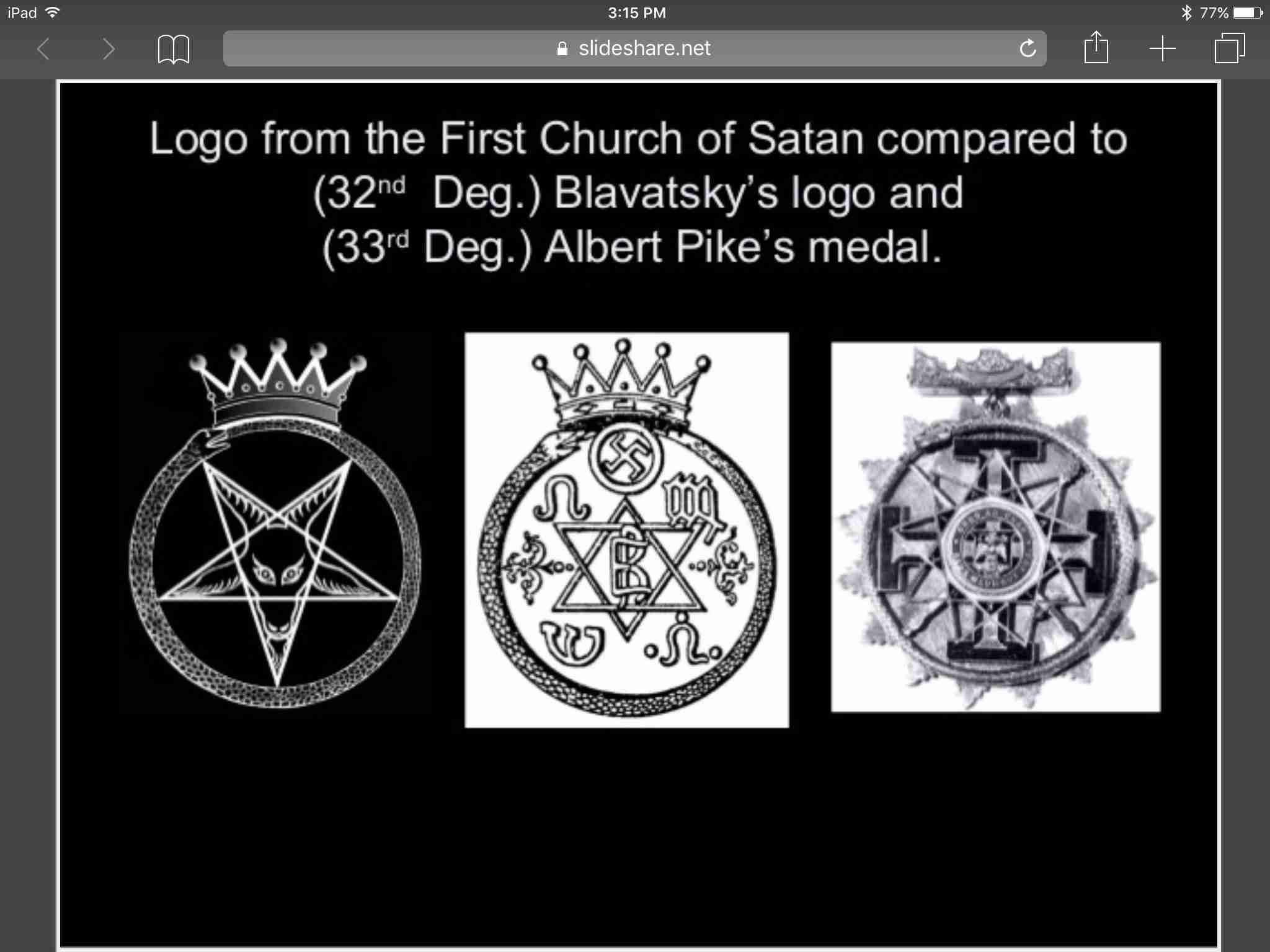 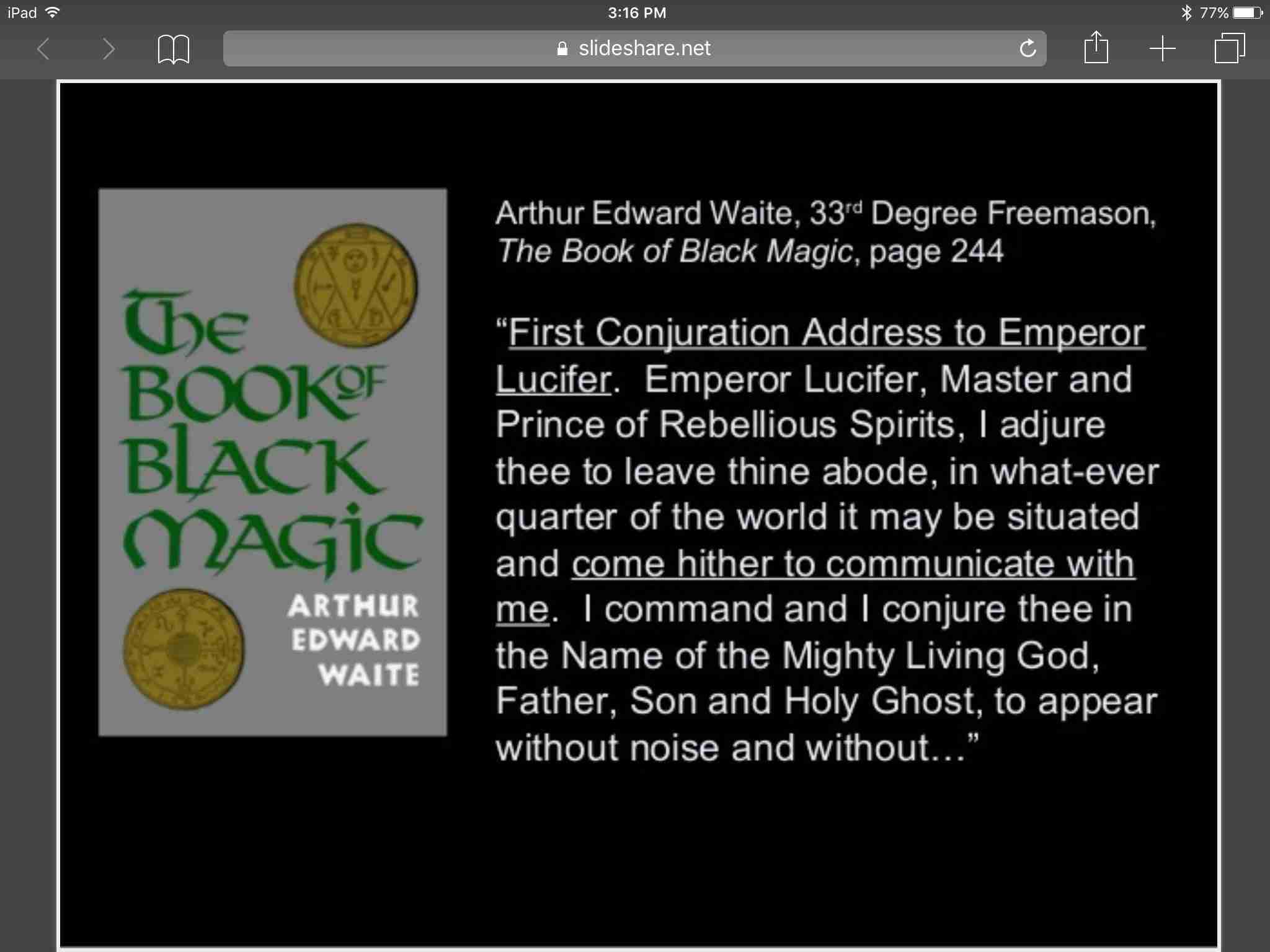 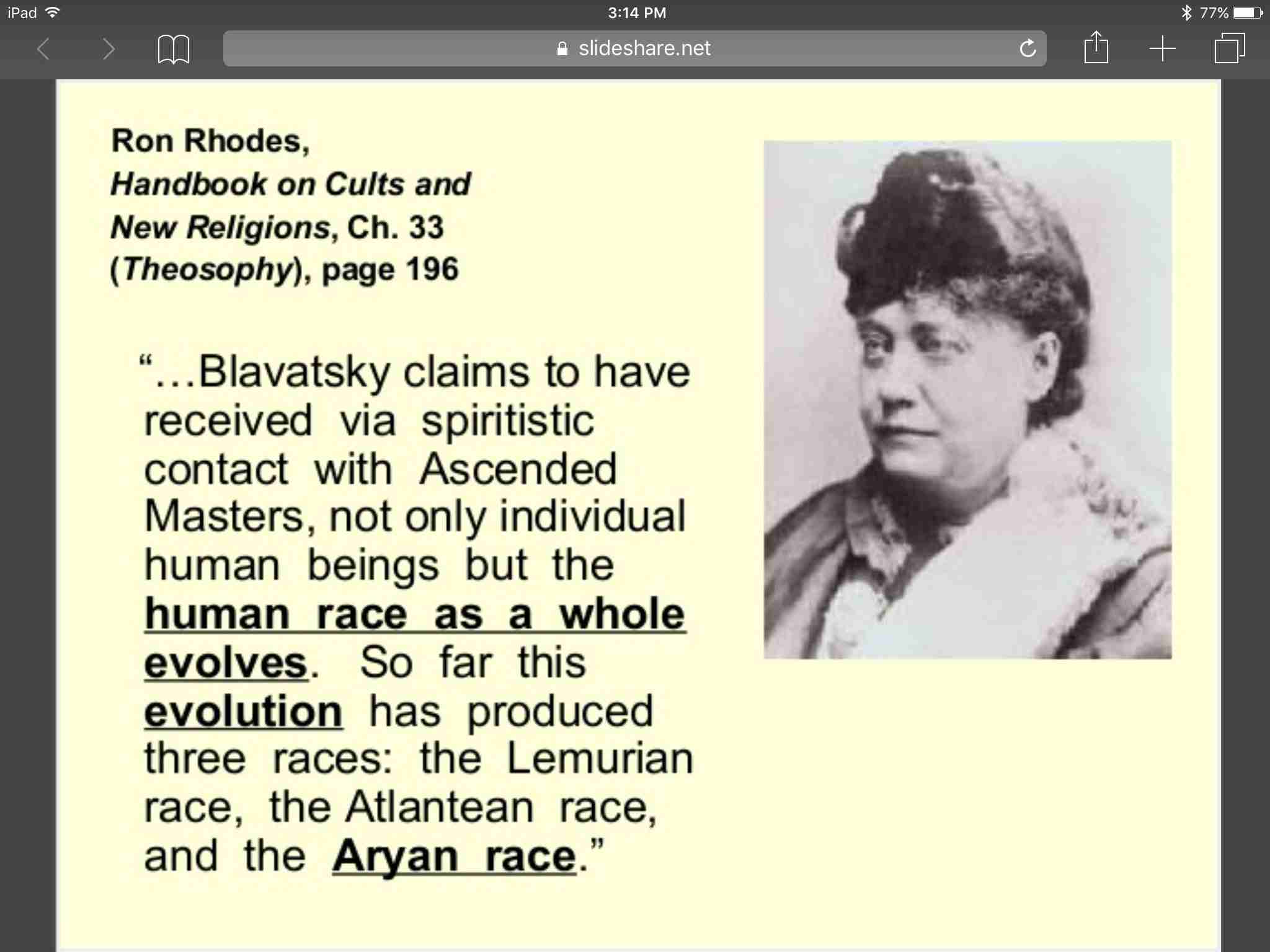 HERE IS ANOTHER MAN WITH GREAT COURAGE