BILL O’REILLY AGREES WITH ME AND EVEN DOUBLES DOWN 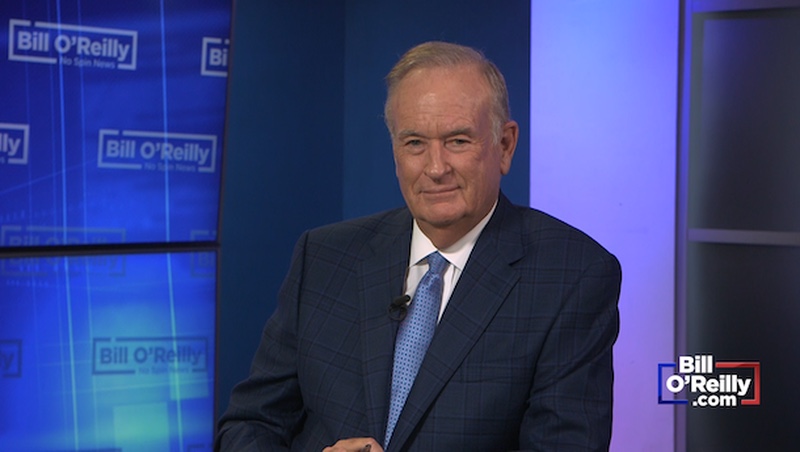 Should You Hate The Media?

Authored by Bill O’Reilly via billoreilly.com,

1975 was an exciting time to be at Boston University’s School of Public Communication. There we were, about 30 students seeking a Master’s Degree in Broadcast Journalism.  All of us thought our quest was noble, that we would become purveyors of truth, skilled fact-finders and truth-tellers in the Watergate tradition. The lessons presented were well worth the tens of thousands of dollars I had to pay for them.

Forty-five years later, having reached the top of my profession, I generally despise my own industry, something I never could have predicted.  Here’s why…

The national TV press is presently controlled by six major corporations that use their vast power to profiteer while attempting to destroy ideological enemies. The coverage of Donald Trump’s presidency has proved that statement beyond any reasonable doubt.

The stage was set early when a New York Times columnist wrote that because Mr. Trump was so loathsome (to him and his liberal colleagues), the basic tenets of fair journalism no longer applied.  Get Trump was the new rule.

The mandate of an honest journalist is to seek the truth, even if the facts of a story go against your personal belief system.  It is wrong to simply publish accusation and allegations, you must scrutinize all charges. If you cannot find solid facts to prove a story, you then must balance it – giving both sides equal weight.

Did that happen in the Russian-collusion situation?  Of course not.  The New York Times and Washington Post printed story after story damning the Trump operation. The network news and CNN took their cues from those liberal papers, constantly deriding the President and those who supported him.

Then Special Counsel Robert Mueller blew it all up.  Federal investigators could find no evidence of collusion.

But no apology for unbalanced and fallacious coverage was heard from the corrupt national media.  Instead, it segued into the shameful impeachment hysteria.

Please understand this: the primary reason the House of Representatives voted to impeach President Trump is that Speaker Nancy Pelosi and the Democrat members knew the national press would give them cover and blatant support. The media portrayed Adam Schiff and other anti-Trump zealots as heroes.  This despite strong evidence the Ukraine whistle-blower secretly coordinated with Schiff, a blatantly political and deceptive act.

From the very beginning, there was no balanced coverage of the impeachment story, no attempt to put forth both sides or to provide perspective.  Mr. Trump was portrayed as guilty of “high crimes” in the Times and Post, as well as on television, in Hollywood, and in the publishing industry. Any high profile person who had the temerity to disagree was mocked or worse.

The cold truth is that the men who preside over The New York Times and The Washington Post, and they are all men, believe THEY should be running the United States, not Donald Trump, who is a vulgarian in their eyes. These men well know the Democratic Party will blindly follow their editorial lead as will TV news executives at CNN, NBC, ABC, and CBS.

Thus, the so called “free press” in America has become an industry that now seeks power over Americans.  The far left vision these operations usually champion cannot be realized at the ballot box, the bosses know that. So it must be imposed by destroying progressive opposition, which the media does with enthusiasm.  Just ask Brett Kavanaugh.

The key question is: how many of us realize what is actually happening with the dishonest, power mad media?

Impossible to say.  But for those who do understand the corruption, the danger to American freedom is obvious.

And that is why I have come to despise my own industry.

THE MEDIA – WHO IN THE HELL ARE THESE PEOPLE