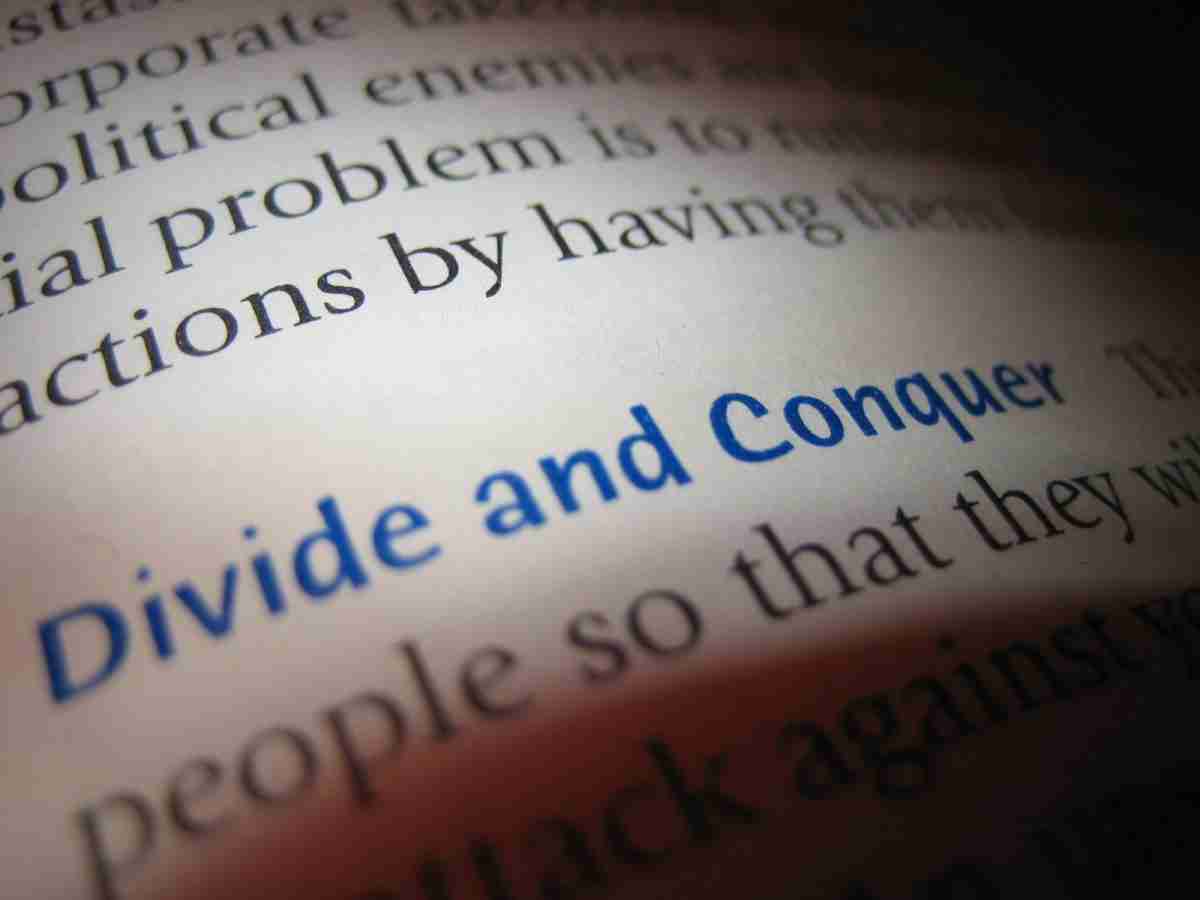 THE MESSAGE OF THE SATANISTS IS DIVISION

This is the “new” doctrine and message of the Satanists that is very quickly being spread all over the world and quite honestly it is not really new at all, but instead it is exactly what the NAZI’s (and the Communists) tried to do in the early 1900’s.

We are simply revisiting a hundred year old lesson that was never learned properly, and has now come up a second time because it did not get resolved the first time around.

Project Paper Clip and moving former NAZI’s around the world should never have been allowed to occur because all this did was force this horrible lesson to come back to haunt all of humanity for a second time.


In other words, even though the battles and the fighting of World War II ended a very long time ago – the IDEOLOGY of just getting rid of the people who you do not agree with, or jailing them, or beating them senseless, or making them out to be extremists, or using them as slave labor, or experimenting on them and using them as guinea-pigs without their consent (can you say Covid 19) – has not gone away because it was ALLOWED TO LIVE!

This kind of mentality still exists inside of peoples minds everywhere and it is being particularly fueled by Socialist/Satanist leaning school teachers and college professors who literally HATE the fact that everyone does not see the world as they see it.

I’ve written about this in many ways, and here are just a few recent examples:

THE PREDICTABLE OUT COME OF ALL NEW AGE THINKING

“THEY” (Satanists) are pushing (very hard) for a New World Order!

A world order that does not include God, or Faith, or the belief in anything outside of man.  They want this desperately at this time in history because those at the very top of the New World Order want to be seen as “gods” themselves.


They actually think they ARE gods, and want to be recognized as such.

This was always where the “New Age” was leading all of the sheeple who bought into that philosophy, and it was right to the place where the masses of humanity would think and believe the certain “men” had achieved “godhood” – and could therefore be seen as leaders that could never be argued with.

Here is a recent post that explains this very clearly:

The real question is this:

What would YOU be willing to do here on Earth if YOU really thought and believed that YOU were – “a god”?

As a god – would you place any limitations on your own behavior – or, would you consider anything you wanted to do  – TO ANYONE – simply part of your own GODLY WILL?

The very second that you place a single limitation on your own behavior – or restrict yourself from doing anything that you want to do – then you are NOT (according to the logic of the Satanists) a “god”.

So lets be very careful here – and very AWARE – of what men like George Soros are really saying when they say:

I AM A GOD

This means that they have moved PAST the point where they believe that anyone can put any limitations upon their behavior – and it is THEY ALONE who decide what it is that they can do or not do.


Telling people that they are “gods” – or that they can be “gods” – is the worst thing you can ever do!  Once people actually believe this – then NO ONE outside of themselves matters any longer!


FINALLY, HERE IS THE SPEECH THAT JOE BIDEN GAVE IN PHILADELPHIA WHICH LITERALLY LABELS ALL MAGA REPUBLICANS AND ALL FOLLOWERS OF DONALD TRUMP – AS DANGEROUS EXTREMISTS…

As a side note:  It appears as if the MARINES standing guard during the entire speech are not real marines at all and were “actors” hired to just stand there since no real marine would even recognize Joe Biden as President.

Be careful!  Stop being led, stop being conned, stop being fooled by slick words – because words are very easy to say.  Instead, look at what these people stand for and what they support.  The people behind Joe Biden want a NEW WORLD ORDER!


They want to be recognized as “gods” so that they can do anything they want!

In order to win this battle “WE” must come together!  We must be “strong”!  We must never allow ourselves to be divided by THEM.

Finally, we must NEVER comply with dictates and mandates that take away any of our rights and freedoms – no matter how much they tell us it is for the greater good!

Thanks for reading, and All my love

ALL NEW PODCAST – THE “SPIRITUAL” SIDE OF LIFE

https://benjaminfulford.net/2022/09/03/letters-to-the-editor-18/ And what would you say in answer to this question – children of DUMBs and timelines