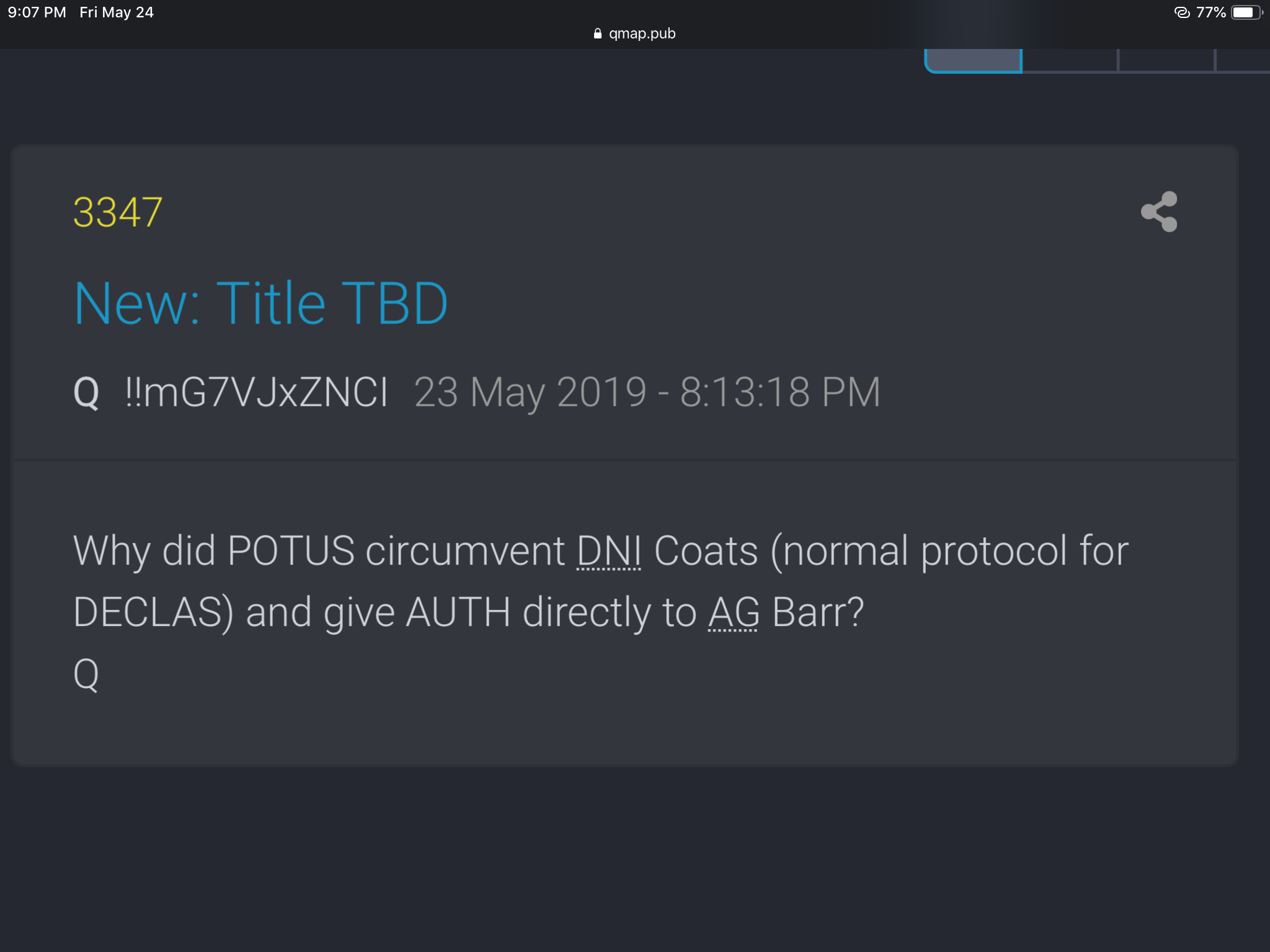 So what is going on with DNI and Dan Coats ?

It’s all about Congressman Adam Schiff.

Do you see it?

The SOTU was an opportunity for Shifty to display his power, his opposition to Trump and to advertise for secret tactical support and donations.

He’s the liaison with the Deep State in the Executive branch and his main anchor point is DNI Dan Coats as illustrated here.

This is the reason he’s not in the DECLAS loop:

Q3347 Why did POTUS circumvent DNI Coats (normal protocol for DECLAS) and give AUTH directly to AG Barr? Q

OKAY…, this all goes far, far deeper than you can possibly imagine!

THE HAMMER was only the first step in uncovering the Deep States web – like it’s involvement with Industry – the Military and the Federal Government!

There is FAR MORE!

What we saw “play out” in real time was the roll out of the entire MILITARY – INDUSTRIAL COMPLEX against Donald Trump!

Please see this article linked below on the JASON SOCIETY – a super exclusive CLUB of brain geeks who literally want to RULE THE ENTIRE WORLD!!

Look for the Mitre Corporation and it’s connection to Nellie Ohr!

Watch the complete and total SPIDERS WEB of connections that flow from MITRE through DARPA – GOOGLE – and into DEEP SECRET SOCIETIES all around the world!

Would it be a “stretch” to say that almost everyone who is anyone has SOLD THIER SOUL to the JASON SOCIETY in one way or another??

Is deciphering this web the KEY to defeating the DEEP STATE and the NEW WORLD ORDER…???