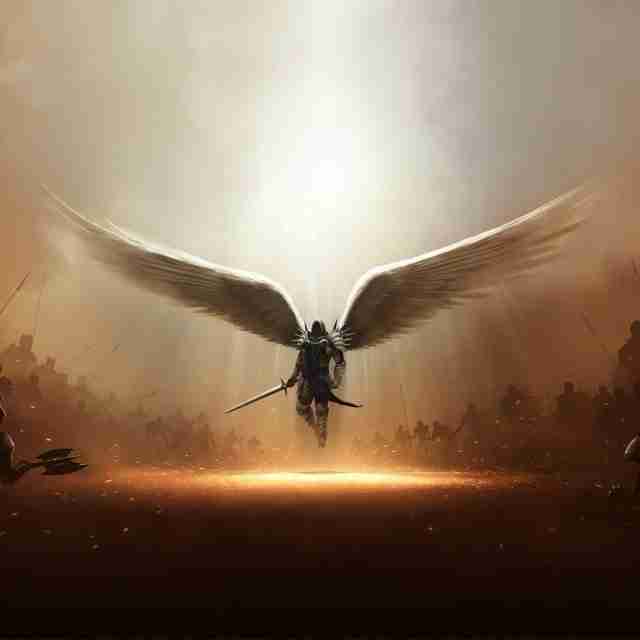 THE IDEA OR NOTION OF “SPIRIT POSSESSION” IS VERY REAL!

This new Series is designed to prove to you that you can easily be possessed and led astray as a result of the “infiltration” of your energy system!

In the world of FAKE MEDIA and FAKE NEWS, all too often things that are very real and very important get covered over as “conspiracy theories” or just plain “crazy ideas”.

In the world of SATAN, this is all he has!

The only tools left at his disposal are LIES and DECEPTION!

For on the other side of the equation,  is TRUTH!

Therefore, since GOD is taking all of the avenues and all of the roads of TRUTH for himself…, (every one of which will lead straight back to him)…, the ONLY avenue left open to SATAN is LIES!

The “SPIRIT” of the living GOD (the CHRIST) lives within each and every one of us!

This “spirit” is a cloak of protection and well being that physically and mentally keeps us from being HARMED.

It is a “vibrational barrier” that is put into place by our own thoughts, actions, and deeds!

Sadly, with the advent of DEW’s (Directed Energy Weapons) – the Dark Cabal has found a way to penetrate the “vibrational barriers” which are the NATURAL and ORGANIC RESULT of doing good works here on Earth!

As a consequence, men and women that are doing loving things and good things are experiencing PUNISHMENT as if they were pure evil!

THERE IS NO GREATER AFFRONT TO GOD THAN TO TAMPER WITH THE SYSTEM THAT “HE” PUT INTO PLACE IN ORDER TO PROTECT THOSE WHO DID HIS WILL!

In all honesty, I can’t even begin to describe the punishment that these men and women will get from the UNIVERSE and from the HIGHER COUNCILS for this insane breech of the universal mechanism which operates to keep balance.

These men and women will wish that GOD, our loving Father, had never created them!

The greatest INSULT to GOD is when a loving man or woman, who has “EARNED” through their use of right thoughts, right words, and right deeds…, “worldly blessings”…, only to have the SATANISTS using advanced technological equipment that messes up the very “vibrational locks” and “vibrational barriers” of their SPIRIT ENERGY so that they are not able to “recieve” what (under normal cicumstances) would organically manifest into their life experience!

THIS CONSTITUTES “THEFT” DIRECTLY FROM THE CREATOR – AND MAKES A MOCKERY OF HIS PROMISES!

HE WILL HAVE THE LAST LAUGH!!

THE SPIRIT IS “VIBRATIONAL” !

It is a living, organic cloak of plasmatic memory which is in constant contact with the HIGHER LEVELS of creation.

In their arrogant march to over throw GOD HIMSELF, and to aid LUCIFER in regaining his former place in the HEAVENS…, all good men and women living on the Earth have been declared: ENEMY COMBATANTS!

You see, this was NEVER about just an Earthly battle!  It was always about the end battle of GOOD vs. EVIL!

Lies and Deceptions of the Main Stream Media aside…, there really is a GOD!  And yes…, LUCIFER really does exist!

And everything that we see playing out here on the Earth level – the Level of the “WAR” is all about “good” vs. “evil”.

The cleverest CON…, the greatest DECEPTION that the Luciferians and Satanists created recently was the NEW AGE!

They knew that they were really losing the battle and needed to start gaining the power and the energy of many more souls who had greater “POWER”.

And so, because the only tools they have to use are lies and deceptions, they created a BRAND NEW RELIGION which taught “Service to Self” and “Satanic” concepts…, and simply called them: SERVICE TO OTHERS!

They simply “renamed” or “relabeled” DARKNESS and called it: LIGHT!

In their “confusion” (a result of Illusion), the masses of good men and women RAN to this NEW religion and learned of all of these NEW CONCEPTS that they had never before heard of which were all about “LIGHT”.

The problem was that these “new concepts” were not new!  They were “old concepts” that had been hidden away in Secret Societies and Ancient Manuscripts.  They were the concepts of DARKNESS and SATANISM.

They were the path of SERVICE TO SELF!

The LIE was to simply “rename” or “rebrand” these SERVICE TO SELF concepts as: SERVICE TO OTHER concepts and tell people that if they followed them…, they would ASCEND!

They would go to a HIGHER LEVEL OF KNOWLEDGE!   They would be rewarded!

The reason (cleverly hidden) that the NEW AGE is “service to self” is that it is wholly consumed with ones OWN LIFE and ones OWN VIBRATION.

The NEW AGE really for all practical purposes is “Satanism” – rebranded as a loving path!

The truth is that it is loving, BUT ONLY TO YOURSELF AND YOUR IMMEDIATE FAMILY.

But this is EXACTLY (according to Mark Passio) who was a Priest in the CHURCH OF SATAN…, that they teach the followers of SATAN to do!

This is how the SATANISTS have taken one of their own teachings, and twisted it in order to make is appear as if it is something GOD wants you to do!

IT’S ALL ABOUT YOUR FREQUENCY and YOUR VIBRATION!

You see…, this is actually the TRUTH, but it is wrapped up in a huge, huge lie that was told in order to get you to do the WRONG THING!

In the Natural and the Organic world that GOD created for us, “your” vibration WILL INCREASE very organically as you help OTHER PEOPLE!   Focus on doing things for OTHERS and not on doing things only for YOURSELF.

As you keep your thoughts, words, and deeds focused on SERVING OTHERS, your own “vibration” will very naturally become stronger, and higher, and you will be filled with the NATURAL LIGHT (as opposed to the fake light of the NEW AGE which is actually the SATANIC light of the BLACK SUN).

THE ORGANIC LIGHT IS THE LIGHT OF THE CHRIST SPIRIT INSIDE OF MAN THAT I TALKED ABOUT ABOVE.

It is your cloak, it is your protection!

Countless New Agers have been “caught” or rather “trapped” by listening to LIES – DECEPTIONS – and CONS, without remembering that this is ALL that LUCIFER has at his disposal.

He must use these tools ALONE, and he MUST make his LIES sound good enough to fool everyone!

Everything else (i.e. TRUTH) will lead directly back to GOD or back to PRIME CREATOR – and because Satan is actively trying to over throw GOD, he will never use anything that will lead you away from him, and back to GOD!

So if SATAN wants you…, then he must get you through DECEPTION because that is the ONLY TOOL left to him!

How is this happening, and what does it look like?

See these links below and RE-READ these important posts:

MAGICIANS AND HOW THEY OPERATE

(Getting down to the nuts and bolts of “possession by the DARK LIGHT”.)

THE POT CALLING THE KETTLE BLACK