THE NEWEST WRINKLE IN THE “ALL CAPS NAME” DEBACLE

The newest wrinkle in the on-going saga of lies, deception, crime, fraud, and pure evil coming from and being perpetrated by all Corporate: Federal, State, County, and City employees is that they have been “instructed” NOT to give up their names to anyone who asks – lest they be “sued” for their criminal actions.

I guess the most obvious question here is just “WHEN” did all of these federal employees get the “memo” to withhold their names from the very people they were supposedly serving – and WHY?

It appears – since the advent of Covid -19 and the “death jab” – there are many federal employees interacting with the public who are actively HIDING their own names – and their formal job titles – most specifically when they are in the “act” of committing crimes under the “color of law”.

Apparently, there is a new Federal Statute circulating here in America that is instructing all Bar Attorneys that they can no longer just sue corporate agencies for damages done to the people that they hurt – but the men and women who have been injured by corporate agencies must have the actual NAME or NAMES of the individual or individuals which did the “act” of harming them BEFORE they can even file a lawsuit into the Federal Courts (Look it up)


This would normally not be a problem in a world were the playing field was completely level – But in a SATANIC world filled with lies – it is now par for the course!

The truth of the matter is that strangely – and all of a sudden – many Federal, State, County, and City workers are no longer giving out their names – even when people ask for them!

Instead, they are HIDING who they are – and what their JOB TITLE is.

This makes it much harder to pin-point just who it is that is not following the Constitution and following the Bill of Rights here in America – and just who is TRAMPLING upon the rights of American men and women that are actively being HARMED.

This would suggest that they have been WARNED that any damages that THEY CAUSE during the course of their jobs or their employment will come back to haunt them in lawsuits that are aimed at them personally – and so – just when you think it could get any crazier – it gets crazier.

This is happening most dramatically inside of HOSPITALS – where the “death jab” is being forced – and also inside of JAILS – where prisoners (many of whom are innocent) are being tormented and tortured by prison employees and prison personnel who REFUSE to give the inmates their names – just so that they can NOT be sued for their own criminal behavior.

It goes much further than just this however,

PUBLIC EMPLOYEES in almost every known venue are now withholding their names IN FEAR of repercussions and retribution for committing crimes against the average man and woman under the “color of law”, and this begs the question – WHO TOLD THEM NOT TO GIVE UP THEIR NAMES?

So, without identifying themselves – these people claim to be your “public employees” which have both “standing” and “authority” over you – and so attempt to FORCE you to do things without your consent – but won’t give you their names when they do…

Only people who are terrified of doing illegal and unlawful acts will “withhold” their names from you.

They are ashamed of what they are doing – but they are far more terrified of their own bosses and of losing their jobs – and so they continue to do BAD THINGS.

– GET THEIR ENTIRE NAME – THEIR BADGE NUMBER – THEIR HOME ADDRESS – and everything else that you can find out about them – for use in Lawsuits against them personally.


If they don’t want to provide you with this information – then HOW can they claim to be a PUBLIC EMPLOYEE – who is serving the public?

Once you have this information – then immediately file a lawsuit against them for coming after you under “color of law schemes” – because “Corporate Employees” do NOT have any real authority over actual Americans.

It appears that this is the only way to WAKE PEOPLE UP – so that they realize that the defacto American Government is a CORPORATION – and is not a real Government.

Therefore the countless “people” working for the defacto American Government as “Federal – State – County – and City Employees” are:

I am so sick of these people not wanting to wake up and learn what was done inside of this country when America went “CORPORATE” and as a result – finally realize that they do NOT have the power – or the authority – to harass people or to make them follow their corporate policies or statutes.

Only when the local cops – hospital employees – and countless Federal, State, County, and City workers start to get thousands of lawsuits filed against them personally – will they finally come out of their own drunken stupor long enough to ask some real questions of their bosses after work – instead of just cracking a beer and bragging about how many people they jailed or how many speeding tickets they gave out – or how many “children” they confiscated from their parents (as in the case of Child Protective Services).

These questions that Federal, State, County, and City Employees ask their Supervisors should look like this:

Am I working for a real bonified GOVERNMENT – or am I actually the employee of a CORPORATION that is listed on Dun and Bradstreet and has a CEO and a board of directors?

The answer they get will surprise many of them…, and just to make sure that you get the TRUTH – RECORD the response of your superior – so that you can use their reply in a LAWSUIT against them –  if you find out they lied to you. 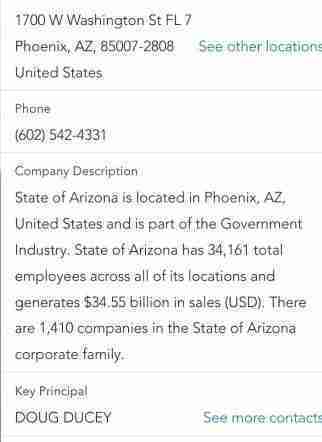 This could have been avoided – however too many people are happy being STUPID – and as a result, they refuse to spend the time checking into whether or not they are actually following GODS LAW – COMMON LAW – or – CORPORATE LAW.

The thousands of lawsuits filed against them will finally JOLT them awake – and they will finally do research and come to find that they are being LIED TO by the Corporate Governments that they work for.

And that their authority only applies to other FEDERAL or CORPORATE EMPLOYEES and that every other American must be left alone!

AUSTRALIA – WHY SUCH EVIL/DRACONIAN MEASURES