COURSE IN MIRACLES, LAW OF ONE, HIDDEN HAND, AND THE BIG BLUE CHICKENS

The “Illuminati” (aka Cabal/Satanists) have one very powerful thing in common with all of the above!!   They all believe that there is something called a NEGATIVE or a LEFT HANDED PATH back to God!

They believe that there is a path that is complete and total SERVICE TO SELF which can allow you to reach GOD and HEAVEN.

….Are all “okay” if you are on the “left handed path” back toward GOD!

The “foundation” of this belief is that both GOOD and EVIL are truly necessary and that someone has to play the role of EVIL!

Almost without exception…, ALL NEW AGERS have “bought into” and “drank the kool-aid” of this belief system as well!    And I have consistently written (and so has Mark Passio) that New Agers have far MORE in common with the Satanists than they are willing to admit to!

This is a huge part of their “denial”!

This is why we are seeing the world, and most especially America, in the condition that it is now in!

Society is degenerating and deteriorating before our very eyes!

Can you say: SAN FRANCISCO??

All of those who hold NEW AGE BELIEFS, refuse to “judge it” and therefore they refuse to “engage” to do anything to stop it!

(This includes the millions of “millennial’s” who are the: LOST GENERATION – R.I.P.) 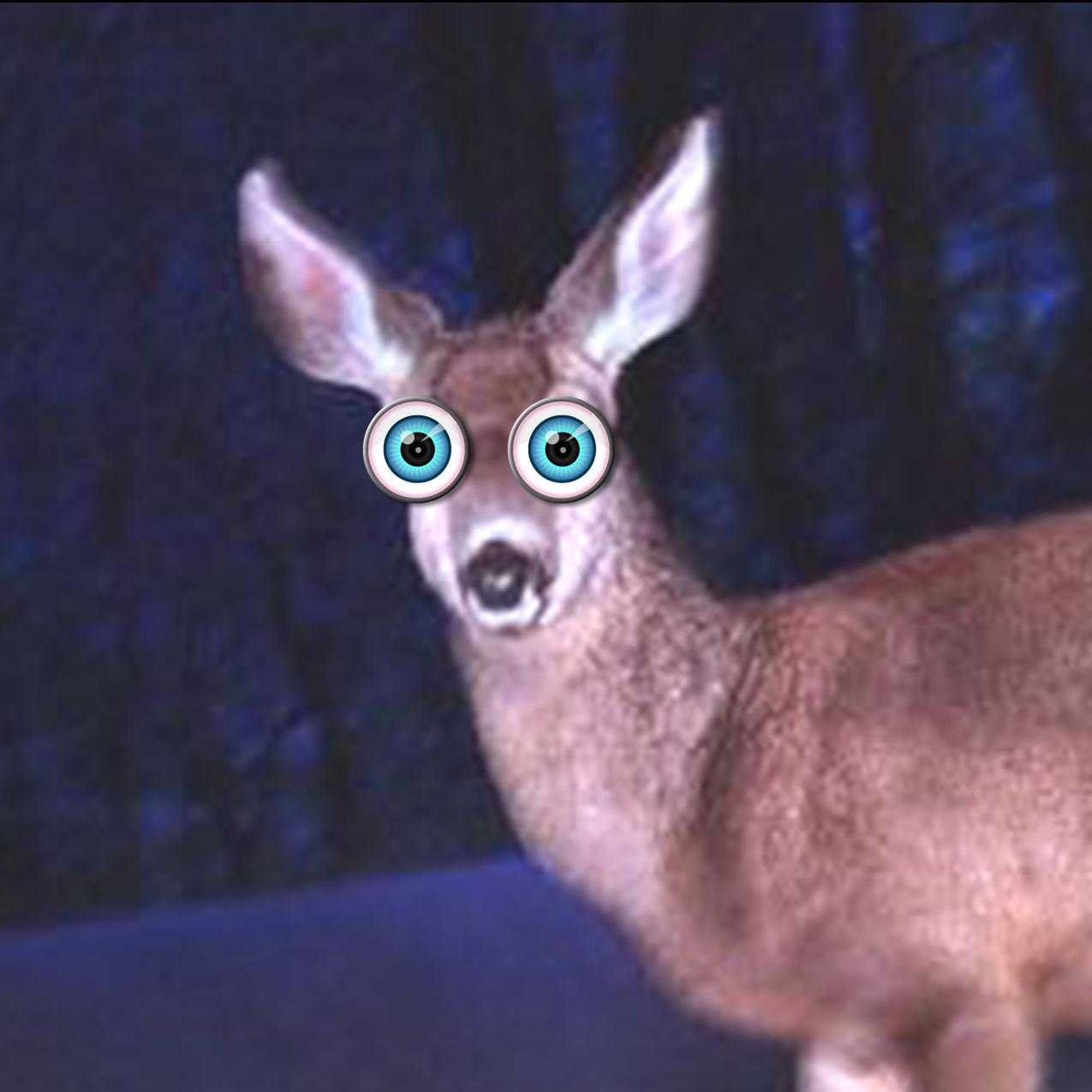 So.., just like the deer in the headlights…, they are GOING TO GET HIT HARD…, WITHOUT EVER EVEN STEPPING OUT OF THE WAY OF THE ON-COMING TRUCK!

THE LAW OF ONE

David Wilcock and Corey Goode’s Big Blue Chickens are huge supporters of the idea of a left handed path…, as are the members of the dark side of the Secret Space Program!

They all (NASA) believe deeply in magic…, and most especially in DARK MAGIC!

Instead of looking deeply into this, most New Ager’s do everything they can to ignore it!

But can they afford to??

If you look into  the “basics” of the Law of One…, it reads like something that was originally written by a COMPUTER or an ADVANCED A.I.!

It has all of the love and all of the feelings of a hard and cold piece of iron, and states it’s foundation of belief in the very cold harsh terms of:  left and right, up and down, on and off, yes and no!

It is a totally 100 percent BINARY accomplishment, and therefore could ONLY have been written and conceived of by a computer which has no feelings!

For your education…, I urge you to simply READ THIS:

Some fundamental ideas from the Law of One Material

The One Infinite Creator

The Law of One states that there is only one, and that one is the Infinite Creator (4.20), which Ra also calls “Infinite Intelligence” and “Intelligent Infinity.” It is impossible to describe the “one undifferentiated intelligent infinity, unpolarized, full and whole” but It can be activated or potentiated (28.1). Each portion of the creation contains, paradoxically, the whole (13.13).

Since all is one, all manifestation, or appearance of many-ness, is an illusion (1.6, 106.23). According to Ra, it is an illusion carefully engineered in order to give the Creator the opportunity to know Itself (27.17).

The first distortion is free will, or finity, or the limit of the viewpoint (13.12, 15.21, 99.5). The created universe that we experience is the Creator’s exploration of Itself through the first distortion, which Ra also calls the Law of Confusion (27.10).

The second distortion is Love, or the Logos, or the Creative Principle (15.21). It is “the focus, the choice of attack, the type of energy of an extremely, shall we say, high order which causes intelligent energy to be formed from the potential of intelligent infinity in just such and such a way.” (27.12) A Logos can create a single star system or it can create a galaxy with billions of star systems (28.7). Each galaxy has its own system of natural laws (13.13) and, I believe, its own “cosmic mind” (91.2). Ra says that some of its members have wandered to the creations of other Logoi, and that “[t]he experience has been one which staggers the intellectual and intuitive capacities.” (90.17) In the case of galactic systems, the first physical manifestation of a Logos is a cluster of central systems (82.8).

The third distortion is light (15.21). It is the first manifestation visible to the eye (78.9). Light is intelligent, full of energy, and the building block of what we call matter (13.9). Light’s characteristics include “the infinite whole paradoxically described by the straight line.” Ra says that “[t]his paradox is responsible for the shape of the various physical illusion entities you call solar systems, galaxies, and planets, all revolving and tending towards the lenticular.” (13.9). Light energy has an upward spiraling characteristic which impels evolution. (13.17).

Our galaxy was created by a single Logos (28.9) and our sun is a sub-Logos of that Logos (29.1) A sub-Logos individualizes or differentiates the natural laws set up by its Logos (13.13, 29.2). It also refines the cosmic mind into its specific archetypical mind, informed by the experience of earlier sub-Logoi (81.33, 91.3).

The creation has seven levels, or densities; the eighth density forming the first density of the next octave of experience, just as the eighth note of a musical scale begins a new octave (16.51, 28.15). Between seventh and eight densities the creation re-merges in a period of timeless, formless unity with the Creator (28.16). It is Ra’s understanding that “the ways of the octave are without time; that is, there are seven densities in each creation infinitely.” They point out, though, that the limits of their knowledge are narrow (78.15).

If you can get past the very “seductive” draw to just believe in what you are being told…, and read this objectively…, it is very, very, cold!   It simply says that EVIL is a necessary and proper path to GOD…, and anyone can choose that if they want it!  It speaks NOTHING about justice, love for others, kindness.

Instead it couches all of the “emotional” and “lovey dovey” things a human being can possibly do in terms of SERVICE TO OTHERS.

Loving someone, being kind, and helping people out in their lives is not right or proper or ethical or moral.., but instead, it’s just “SERVING THEM” as opposed to “SERVING YOURSELF”!

This is like trying to compare every single human being who chooses the RIGHT HANDED PATH to a waiter or a waitress in a bar or a restaurant who is simply “serving drinks” to the people who come into the establishment!

It is very unemotional and very cold – just like a computer!

Can you imagine who thought of that?

ELITE PEOPLE LOVED TO BE SERVED BY OTHERS…., AND TO HAVE OTHER PEOPLE WAITING ON THEM HAND AND FOOT!

What a great SCAM!!

And YOU as a New Ager, do not see a real problem with this strange “religious philosophy”?

I’ve said it before, and I will say it again…, Wilcock and Goode are both smoking something…, and it is not just weed!

THE LAW OF ONE IS A HUGE CON!

So is the Course in Miracles (which was written – Channeled – by a New York City Psychologist from Columbia University)!

So is the HIDDEN HAND stuff which was supposedly an internet conversation given by a high ranking Illuminati member and handed out to all of us “lowers” as a “gift”…., see this link:

HIDDEN HAND talks exactly the very same language as the LAW OF ONE…, and THE COURSE IN MIRACLES!  They all say there is a negative path to Heaven!

This is not an accident!

This idea of there being a “negative” path to GOD the Creator is not widely accepted in the Universe!

Even though they act as if it is widely accepted…, there are FAR MORE enlightened beings and races and cultures in the Universe that DO NOT BELIEVE THIS IS THE TRUTH!

NO…., NOT EVERYONE BELIEVES THIS…

Only groups of Reptiles like the Draco, the Orions, and other renegade and deviant ET groups who like to ENSLAVE OTHERS think this way.

Why?  Because it justifies their actions!

And to a cigarette addict…, smoking does not cause any health related problems what so ever!!

The trouble here is that Earth is currently being RUN BY SATANISTS…, and so naturally…, ideas like the LEFT HANDED PATH are everywhere in the highest circles of Government and the Military.

And people like:  David Wilcock and Corey Goode are allowed to preach to the masses because they are supporting LAW OF ONE/COURSE IN MIRACLES/HIDDEN HAND propaganda!

IF YOU WERE BEING TOLD THE TRUTH…

You would be told that very few advanced races and cultures in the Universe believe that there is a negative way to reach enlightenment or heaven!

They will tell you that there are huge WARS and BATTLES taking place all over the Galaxy as we speak for Freedom – and that those who are DOING EVIL are being punished constantly!

Only here on Earth…, (because Satanists are in charge) are you allowed to think that EVIL is OKAY and MUST BE OVER-LOOKED!

Out there…, they will laugh at you for holding such notions!

But…, such notions hold a purpose and that purpose is to get good people to look the other way when confronted with PURE EVIL!

Well here is what I say:

THE LAW OF ONE WAS CONCEIVED OF BY AN ANCIENT FORM OF A.I. (ARTIFICIAL INTELLIGENCE) BECAUSE ONLY A DAMN COMPUTER COULD THINK IN SUCH COLD-HEARTED AND BINARY TERMS!

It was then “Channeled” by a woman who David Wilcock actually lived with for a while (which is why he supports it) but what no one actually gets is that she was tuning into an A.I. – and not an actual living being that exists on the higher levels!

So the real question is this:

Do you simply BELIEVE IN THE CHANNELED MATERIAL FOUND HERE ON EARTH??

Or…, do you listen to and learn about what millions of advanced races in the Universe actually teach their cultures…, GOOD IS THE SINGLE AND ONLY PATH TO ENLIGHTENMENT AND TO HEAVEN?

WHY I AM “ABLE” TO SEE THINGS DIFFERENTLY

THE PERSONAL IS POLITICAL