DAY TWO AFTER “THE VOTE”

You know…, maybe it’s just me…, but if I were a betting man, I’d say that the FAKES NEW/MAIN STREAM MEDIA is pushing for a CIVIL WAR!

MSNBC and CNN are actively calling for people to “take to the streets” and protest (code for riot)…, claiming our country is in some kind of crisis!

WHAT IN THE WORLD IS WRONG WITH THESE PEOPLE ? 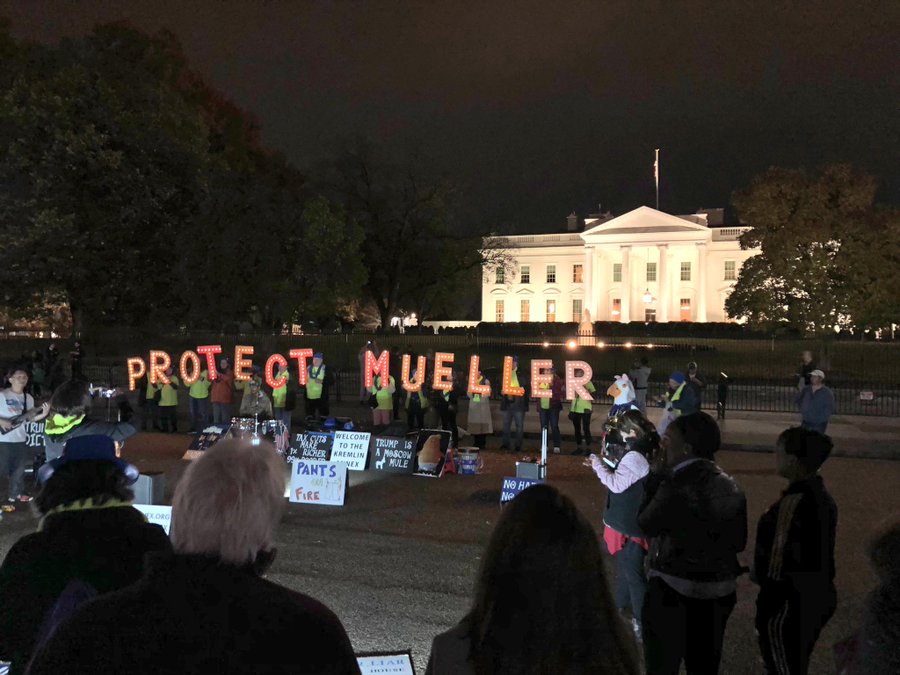 So let me get this straight!

Someone please tell me…, is he Jesus?  Does he walk on water?

How is this one guy…., in the entire world…, MAYBE in the entire Universe…, so important?   Has he cured mankind of every disease?

Has he given food to the hungry or has he clothed the needy?

In what crazy…, upzie, downzie universe is this (one guy) anyone but a dirtry rotten no good lawyer…, who makes his living telling lies?

Have the Democrats lost their entire collective  MINDS?

Oh…, thats right…, only in MSNBC-land and CNN-land, which are right next to fantasyland and dreamland in Disney’s new Theme Park plans for the future, does Robert Mueller mean ANYTHING to ANYONE who has not lost their mind.

Just so that you know I’m not making this up….

Many MSNBC and CNN Media personalities really do seem to be calling for Americans to take to the streets and riot!

Isn’t there a actual law on the books called:  Inciting to Violence?

I get that they are not happy about Jeff Sessions resigning his position…, but RIOTING over someones resignation?

It smacks of sheer desperation.

Why are the Liberals and Progressives placing so much effort into protecting Robert Mueller’s Investigation anyway?

By watching them…., you’d think the entire planet will simply explode if anything happens to Mueller.

How can just ONE MAN be so important to the Salvation of Mankind?

I wonder if the Germans, the French, the British, the Chinese, and the Russians think Robert Mueller is worth going to World War Three over??

Has anyone asked them what they think?

Has anyone asked the people living in Germany, France, Britian, China and Russia IF they think that Robert Mueller seems to be just like Jesus Christ?

Or perhaps Mueller is Mohammed.., or Buddha…, or Krishna in disguise!

Yes…, THIS is why he NEEDS protection…, of course…, HE is the holiest man on the planet in disguise!

Honestly…, WHY aren’t Democrats and the rioting Leftists asking this simple question of themselves!

In what way do they see him as so important that millions may have to die or lose property, or get hurt…, just to save his job?

Now…, the truth is…, Mueller has not even been fired!

Yep… that’s right…, he simply has been given a NEW boss…, one who is going to watch what he is doing and give him some much needed OVER-SIGHT!

So now…., add this to the list of IMPOSSIBLE to understand craziness!    Yes…, Mueller has not been fired…, but given a new boss…, and guess what…?

THE SKY IS FALLING…, THE UNIVERSE IS ENDING…., DOGS AND CATS ARE LIVING TOGETHER…, AND…., THE RIVERS ARE RUNNING DRY…… (According to MSNBC and CNN)

Now…, forgive me for stepping back just a little bit…, staying sane…, and asking a calm and logical question:

Why, if Mueller suddenly has “over-sight” placed on his endless investigation…, does the entire planet apparently have to EXPLODE??

Can someone who still has some ability to REASON (on the Democratic side) clue me in on this?

As we speak…, people are taking to the streets, rioting…, chanting, and carrying on…, but over WHAT?

A “resignation” by Jeff Sessions?

Has everyone lost their MINDS?

Can we finally come to the conclusion that at least half of the country has gone completely INSANE??

Are Hollywood and the Democrats just “bat-sh*t” crazy??

When did everything come to the point where VIOLENCE is the only answer to every tiny burp and fart that comes out of Washington DC??

HERE IS THE TRUTH…

The leftists Democrats WILL NEVER BE HAPPY…, until they are 100 percent in control of YOUR LIVES once again!

They are livid and crazed that they can not be shaming you…, intimidating  you…, haranging you…, and FORCING YOU to bend to their liberal agendas!

You see…, the Femminist…, Trans-gender…, Gay Marriage…, Abortion for everyone…, hate white males…, and destroy America agenda is GOING NOWHERE until they have control of the country back!

Sex changes for six and seven year old children have been put on HOLD…, and that is just unacceptable!