Elite Banker: I Was Told To Sacrifice Children At An Illuminati Party 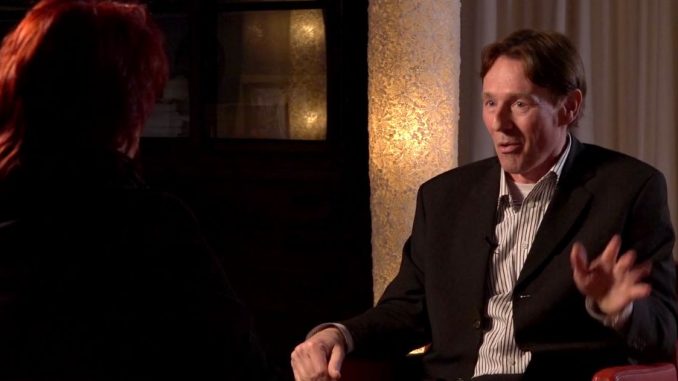 Dutch banker Ronald Bernard was asked to sacrifice a child at a party. That is when he quit the Illuminati.

Describing his experiences in the banking Illuminati in an gut-wrenching TV interview, Ronald shared details about the way the cabal uses child sacrifice to test and blackmail its members.
“I was warned off when I got into this – don’t do this unless you can put your conscience 100% in the freezer. I heard myself laugh at it back then, but it wasn’t a joke at all.”

“I was training to become a psychopath and I failed.”

Describing the period his “freezer began to malfunction”, Ronald tells a story about crashing the Italian economy and bankrupting companies leading to suicides and destruction – a success worth celebrating, according to his banker colleagues.

“One of my colleagues said, ‘Ronald, you remember that case with the Italian lira? Do you remember those deals in which we did massive dumping of the lira, which reduced the value of the currency, which caused a company in Italy to be hit in such a way that they went bankrupt?’

And then you hear at the exchange: ‘Do you remember that successful deal with the lira?” And then they say: “Do you know that the owner committed suicide and left a family behind?”

“And back then we laughed at it. Ha ha ha, altogether, all of us. We looked down on people, mocked them. It was just a product, waste, everything was worthless trash.”
“Nature, the planet, everything could burn and break. Just useless parasites. As long as we met our goals, as long as we were growing.”

Ronald then described “the beginning of the end” for him, at which point he was “deep in the circles” of the Illuminati and had “signed” a life-time contract, but his conscience had begun to eat away at him.

“To put it carefully, most people followed a not very mainstream religion. These people, most of them, were Luciferians. And then you can say, religion is a fairytale, God doesn’t exist, none of that is real. Well for these people it is truth and reality, and they served something immaterial which they called Lucifer.”

“And I also was in contact with those circles, only I laughed at it, because to me they were just clients. So I went to places called Churches of Satan. So I visited these places and they were doing their Holy Mass with naked women and liquor and stuff. And it just amused me. I didn’t believe in any of this stuff and was far from convinced any of this was real. In my opinion the darkness and evil is within the people themselves. I didn’t make the connection yet.

“So I was a guest in those circles and it amused me greatly to see all those naked women and the other things. It was the good life. But then at some moment, which is why I am telling you this, I was invited to participate in sacrifices abroad.”

Ronald paused and became visibly emotional at this point. It looks like he will have trouble continuing with his story. But he tries.

“That was the breaking point. Children.”

“You were asked to do that?” asks the interviewer.

The former elite banker is now fighting back tears. The interviewer asks him if he’d like to stop for a moment.

“No,” he says, and continues. “And then I started to slowly break down. I lived through quite a lot as a child myself and this really touched me deeply. Everything changed. But that is the world I found myself in. And then I started to refuse assignments within my job. I could no longer do it. Which made me a threat.”

Ronald now has tears running down his face.

“I was no longer capable of functioning optimally, my performance started to shake and I had refused tasks, I had not participated. The purpose of everything in that world is that they have everybody in their pocket. You need to be susceptible to blackmail, and blackmailing me proved to be very hard if I look back on it. They wanted to do that through those children, and that broke me.”

“If you Google this you will find there are enough worldwide witness accounts to prove this is not a Walt Disney fairytale. Unfortunately the truth is worldwide they have been doing this for thousands of years. I once studied theology and even in the Bible you find references to these practices with Israelites.”

“The reason the first 10 tribes were banished to Babylonia was because of these rituals with children. Including the sacrificing of children, so this is pertinent, all of this made me believe, because I realized there was more to life than meets the eye. There is a whole invisible world. It is real.”

“You really do talk about a dark force and a manifestation of light.”

Ronald is adamant the Illuminati is real.

“It is a real entity. I have found that what is written in the Bible, and not only the Bible, you can find it in so many books, there really has been a moment of separation from the manifestation of light, in which a group went their own way and are carrying an intense hatred, anger.

“The people who do not underestimate the severity of this are but few. Because this is an annihilating force that hates our guts. It hates creation, it hates life. And it will do anything to destroy us completely. And the way to do that is to divide humanity. Divide and conquer is their truth.

“Humanity is a manifestation of light, that is the true creation. As long as you divide them on political parties, skin color, you name it, then you – from a Luciferian point of view – suppress the full capacities of your enemy, their full power. They can’t stand up for themselves because if they did the Luciferians would lose. This monster, this greedy monster would disappear.

“I tell people about this old American general who puts an entire room of people in the dark. The eyes adapt to the darkness but you can’t see a thing. The general doesn’t say a word and he suddenly flicks on a lighter, one tiny light, and due to the prolonged darkness, you experience a manifestation of light from a single point and suddenly everyone can slightly see each other again. And then he says “that is the power of our light.”

Ronald’s advice for humanity is simple. We must wake up and see what is really happening around us. If we unite in rejecting the darkness, humanity can destroy the Illuminati before they destroy us.

“Unite, unite, come together, and this entire shit story ceases to exist. That’s how fast this could happen.”

I want to examine one paragraph from the above post.

“The people who do not underestimate the severity of this are but few. Because this is an annihilating force that hates our guts. It hates creation, it hates life. And it will do anything to destroy us completely. And the way to do that is to divide humanity. Divide and conquer is their truth

I want to share with my readers in ALL HONESTY…, that I have personally been “in contact” with the “force” described above.

(It was not intentional).

It is purely demonic…, and it is as real as you and I are.

There is NO WAY for me to prove this to you becuase you can never in a million years understand it…, until you’ve been exposed to it and actually “felt” it’s darkness.

But once you have…, THEN AND ONLY THEN will you know how true this paragraph (taken from the above article really is)

There is an unseen “force” out there that HATES humanity with such an all consuming HATE.., that this hate can’t even be put into words. It won’t rest until every last human being on Earth is either DEAD or DESTROYED.  Those serving it…, will be destroyed last…, but will be destroyed as well.

Once you have personally come up against or come into “contact” with this “force”.., then you will know for certain there really is something SATANIC going on out there!

THIS FORCE IS PURE EVIL….

And, from that moment on…, every channeled message that tells you there is NO SUCH THING AS EVIL…, will sound as ridiculous to you as if someone told you the sky was green and the grass was blue.

BECUASE YOU WOULD “KNOW” DIFFERENTLY.

AND THE TRUTH WILL SET YOU FREE

THE “NEW AGE” HAS, AND IS, DESTROYING COMMON SENSE