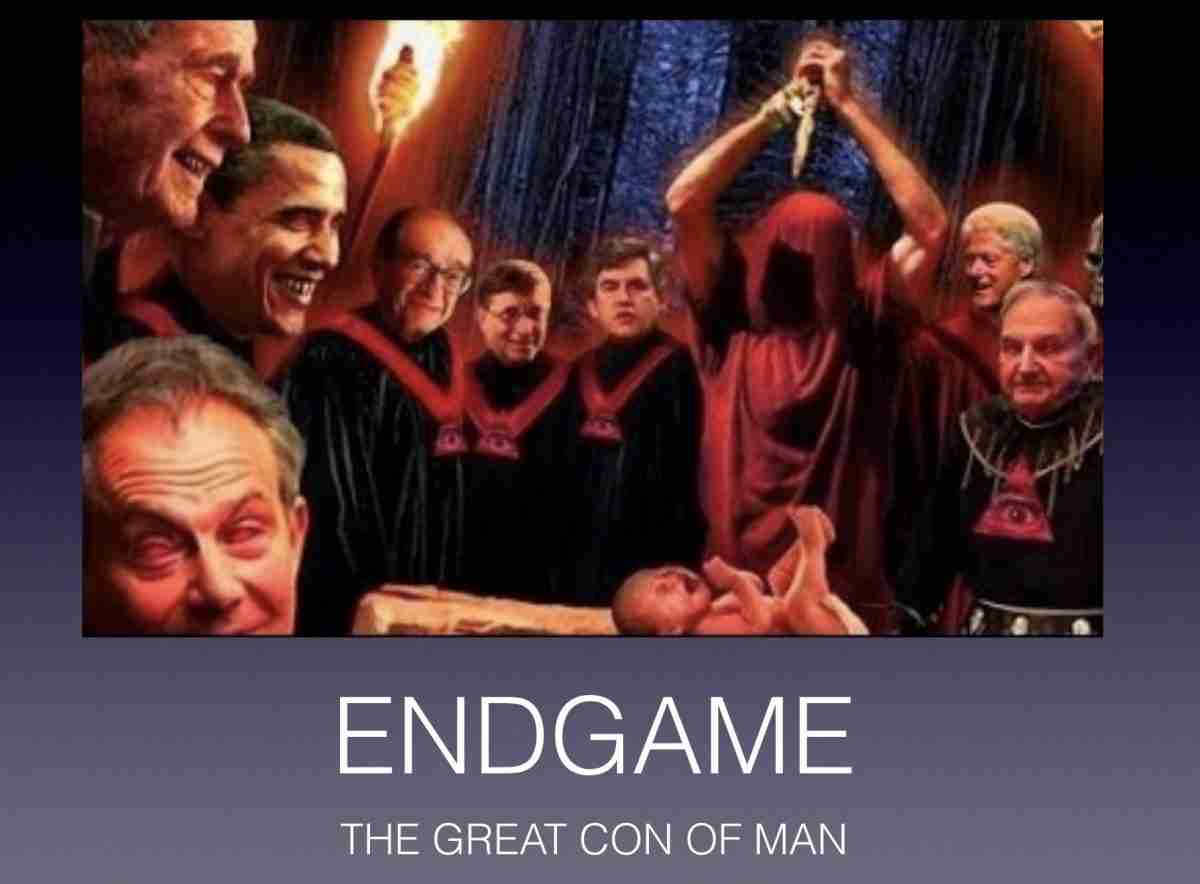 This ENDGAME post is not for my regular readers, so please don’t take offense to it because it is not for you. Instead, it is intended as a “caution” to all those (military alliance people and to certain “bad actors” in places of authority) who wish to enter into the Kingdom of Heaven.

CAUTION: GOD WILL NOT BE MOCKED!

His “children” will not be tormented without serious consequences, and those who came here to do HIS will – are not to be “messed with”, “targeted”, or “experimented on” in any way because they are here at the behest of HIS AUTHORITY and have been given wide latitude to do whatever it takes to bring the Satanic System down.

FOR THOSE WHO HAVE EYES TO SEE AND EARS TO HEAR – TAKE NOTICE:

Oh, if only those of a “White Hat” nature, (Patriots and Freedom lovers) who were reading this TRUTH BLOG early on had been able to put all of the dots together and had realized what we were up against BEFORE we got to 2021!

The whole world is now basically in LOCK-DOWN MODE!

And for those people who think that getting an untested mRNA “operating system” pumped into their arm (disguised as a vaccine), will allow them more liberties or freedoms…, I’ve got news for you AND a very nice bridge to sell you down in Florida. 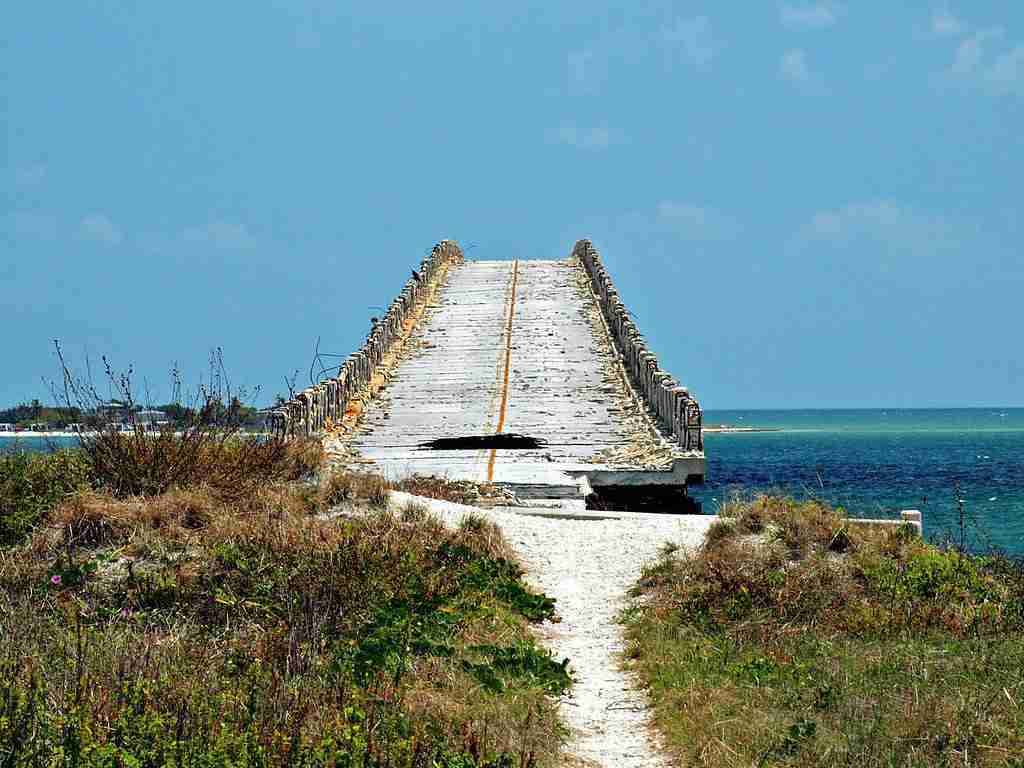 For those who believe everything they are told: Please buy this bridge in Florida cheap!

Don’t you find it a bit odd, strange, or even PURE EVIL – that a mere 3 weeks after posting these two very important TRUTH POSTS – posts that were filled with Earth shattering information that was incredibly important to know and was destined to save lives all across the world – that my home was SHOT TO PIECES by U.S. MARSHALS – directly under Bill Barr’s big nose…, and that I was tazed, beaten, hospitalized, and then jailed for trying to SAVE THOSE LIVES? 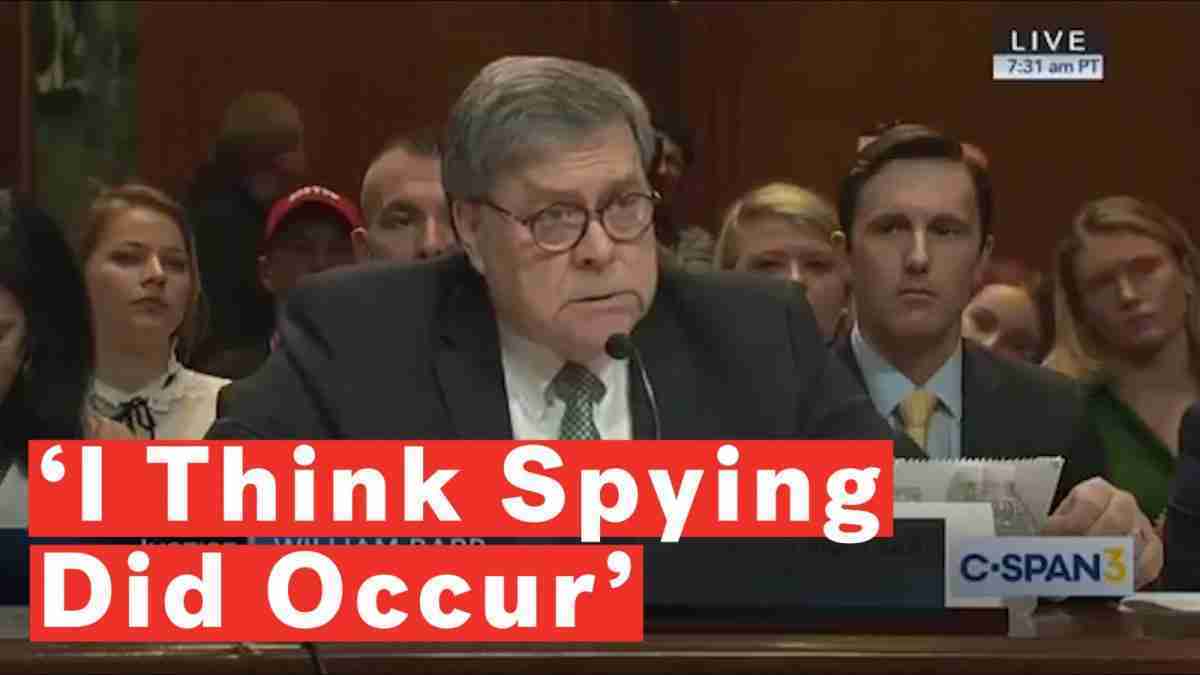 If you were paying attention to this BLOG at that time at all, then you’d certainly have your suspicions…

So at this point all that is left for me to do is to LAY A PRIVATE CLAIM AGAINST THE MONSTERS that did this, and do it in GODS SIGHT where HE sees it as already done!

Unless RESTITUTION IS MADE, and forgiveness is directly asked for face to face – these guys below are going to be held accountable (in chains) in front of GODS THRONE. They, as well as those who gave them their marching orders have “restraining orders” placed upon them in Heaven as we speak!

Make NO MISTAKE – every single thing that takes place here in this “realm” is being RECORDED by beings far higher and more powerful than you can imagine! 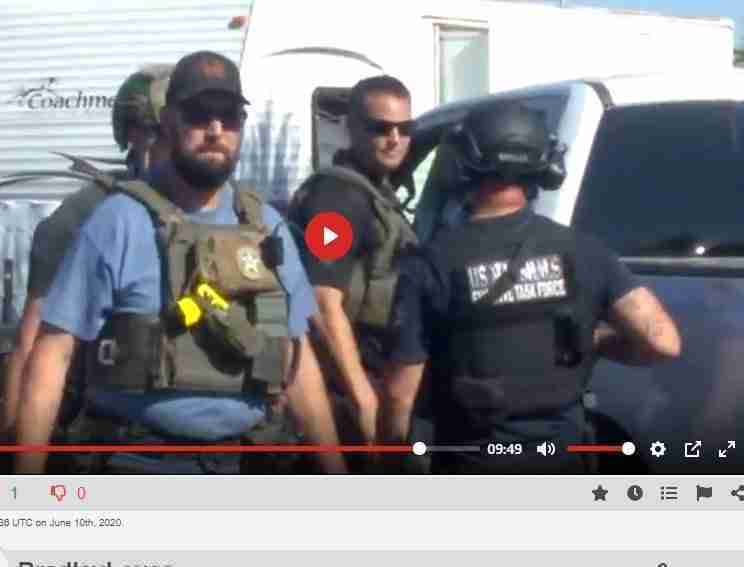 YOUR FINAL NOTICE: I AM HERE ON GOD’S DIME – AND YOU WERE ALL MADE VIVIDLY AND ACUTELY AWARE OF THIS – YOU WERE ALL GIVEN PROPER AND TIMELY NOTICE!

See the Notice below:

This NOTICE was publicly posted where anyone could see it for several years, AND it was legally recorded in two states of the union, Georgia and Arizona! It was properly notarized AND it was never argued with, nor was it ever disputed by anyone at any time. This makes it FACT IN LAW!

GOD takes it as a personal affront and a direct ATTACK UPON HIS OWN BEING when those whom HE HAS SENT on very important missions are killed or abused in this way. I do NOT feel sorry for these “monsters” in the least!

They will either APOLOGIZE to me and come clean about who gave them their orders and WHY…, or they CAN BURN IN HELL at GODS own pleasure!

By coming against me, these people have fully activated this Declaration in all of its parts, and now – the entire Declaration – becomes FACT on every single level of creation (as was clearly stipulated in the Declaration) – starting with the physical level – and moving upward into the finer Astral Levels, and going all the way up to GODS THRONE!

Imagine just for a moment what must have happened (after they died) to the unfortunate and demented ROMAN SOLDIERS that killed Jesus. You know, the ones that “claimed” that they were “only following orders”…

–
Those who repented AND apologized to GOD were forgiven – but those who did not – ARE IN HELL – as we speak. 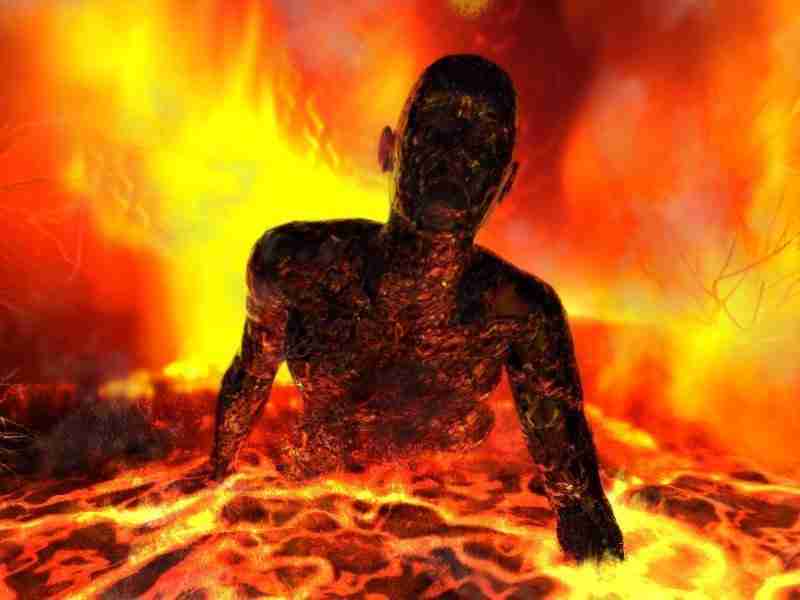 A friendly word of advice here:

If you do want some information – try ASKING for it face to face and do so very politely instead of using mind hacking or hidden machine technologies!

PRIME CREATOR/GOD IS ABSOLUTELY SICK AND TIRED OF YOUR HIDDEN “SECRET SOCIETIES” AND YOUR BULLS**T “HIDDEN OPERATIONS” WITH ALL OF YOUR “BACKSTABBING BEHIND THE SCENES” WORLD WIDE DEALINGS THAT ARE HAVING A PROFOUND EFFECT UPON EVERYONE ELSE LIVING HERE!

Have you not been able to put at least THAT MUCH together yet?

WE ARE ON THE BRINK – AND YET THERE IS STILL ONGOING – HIDDEN OPERATIONS – WHILE DECENT MEN AND WOMEN WORLDWIDE LINE UP TO GET AN EXPERIMENTAL JAB?

Don’t be so “surprised” that GOD has gone totally around and circumvented your “SECRET SOCIETIES” – since not a single one of your hidden groups represents HIS WILL for the Earth.

A friendly bit of unsolicited advice to the White Hat Military here in America:

Stop trying to “save face” and come clean with the world about what you also have done! There is nothing that you have done that GOD has not already seen! This includes:

Aiding and abetting in the creation and use of D.U.M.B.S. – MK ULTRA – Black Magic (Michael Aquino) – experimentation on millions and millions of innocent people – Human Trafficking – Drug Running – Gun and Weapons Running – Fraud – Theft – and the list goes on and on…

DARK TO LIGHT means to REPENT

It does not mean to “double down” on every secret thing you’ve already been doing for decades.

Let the Debt Jubilee take place – ASAP – and for the love of our Creator – ARREST – every single Judge that is currently sitting on the bench in America right now – and later across the entire world – who are still operating under the ROMAN/BABYLONIAN SLAVE JUSTICE/JUST-US SYSTEM.
–
Millions of innocent people all across America are being harassed and harmed by these courts and their agents as I write this!

Stop running your worldwide Governments on “Penal Bonds/Municipal Bonds” – which only come about as a result of putting living and breathing people IN JAIL for the infractions of not obeying your stupid statutes and codes – which have NOTHING whatsoever to do with GODS LAW!

See the “firefox” flow chart below ( done by a “forensic accountant” ) which clearly shows that the ONLY reason for putting men and women into jail is to RAID their TRUST BONDS!

GOD will no longer stand for this – and the CLOCK is ticking!

REMEMBER THE “GOOD COP” / “BAD COP” POST…, THIS MAY HAUNT COPS FOR ALL ETERNITY IF NOT CLEARLY UNDERSTOOD…


Just because you still do not understand how this stuff is being done, and you have not yet “caught” those in ANTARCTICA who are doing it…, does not mean that GOD has not already seen every bit of it!

“YOU” were all told about this!
“YOU” were all given NOTICE!
Therefore, “YOU” are all now responsible for it!
Every single one of you!

Are there really “White Hats” who are operating here in America?

Are all of you so “terrified” of a single living man that you can’t even have a conversation? You know…, there once was a single living and breathing man living here on Earth that the power structure was so “terrified of” – THEY JUST HAD TO KILL HIM! Are you all so blind that you are no better than they were?

Or, are you all that far gone with these “demonic monsters” that you can’t think for a second for yourselves?

Is it that hard to admit “YOUR” mistakes – and to admit to illegally experimenting on, harassing, gang-stalking, and surveilling a living being for decades through the use of very advanced and hidden technologies that were totally illegal to use? (Voice to Skull, DEW’s, Physical Implants, Astral Implants, etc.)

How difficult is it to say:

WE’RE VERY SORRY BRADLEY – WE WON’T DO IT AGAIN – PLEASE FORGIVE US!

Furthermore, how impossible is it to say:

What can we do to make it up to you and your family?

You honestly can’t say this?

JUST WHO “PRAY TELL” DO YOU THINK YOU’RE FOOLING?


Certainly not GOD – who has already seen every bit of it! Know this:

The Illuminati “Brotherhood” has promised you a “golden ticket” – but they will kill you before the end, and they will betray you – because you are NOT like them.

Shall we play a game?
GAME OVER!
Thanks for playing.

NO ONE “GETS AWAY” WITH ANYTHING HERE IN THE END, AND I, AS IT STANDS – EITHER HERE ON EARTH – OR THERE IN HEAVEN – NOW HAVE A HUGE CLAIM AGAINST ALL OF THOSE WHO CAME AGAINST ME – A CLAIM THAT WILL BE HEARD BY A CREATOR WHO SINCERELY LOVES ME AND WHO “ASKED” ME TO COME HERE!

–
TEAM DARK: Just “try” to explain this huge mistake that you’ve made to your “reptilian” buddies who will lose absolutely EVERYTHING because of it.

GOD gets it all!

P.S. – To the White Hats, the Alliance, the Trump Team, and to the lovers of GOD and lovers of FREEDOM – Drop me an “e-mail” sometime and we can talk about “GOD”. Or don’t because – FREEWILL still applies here on Earth.

SOME OF THE TIME TRAVELERS MAY BE GIVING UP. DON’T!