What happens to a Nation, a culture, a people, and everyday human beings when GOD is taken out of their lives?  The connection to their true nature, their true source, and the very purpose of their lives and beings is severed.  I can not emphasize this enough.

As we speak, we are watching in real time the fallout and the consequence of what happens in the world when “men” decide that their “authority” – their “knowledge” – their “agendas” – and yes even their “POWER” – is above GOD our loving Father.

The trouble here – is that these “men” could DO NOTHING without the help, the aid, and the mindless belief of countless millions (and if we are talking about the world – BILLIONS) of people – who should simply deny that these men have this kind of power – and absolutely refuse to hand over their MINDLESS OBEDIENCE to them. 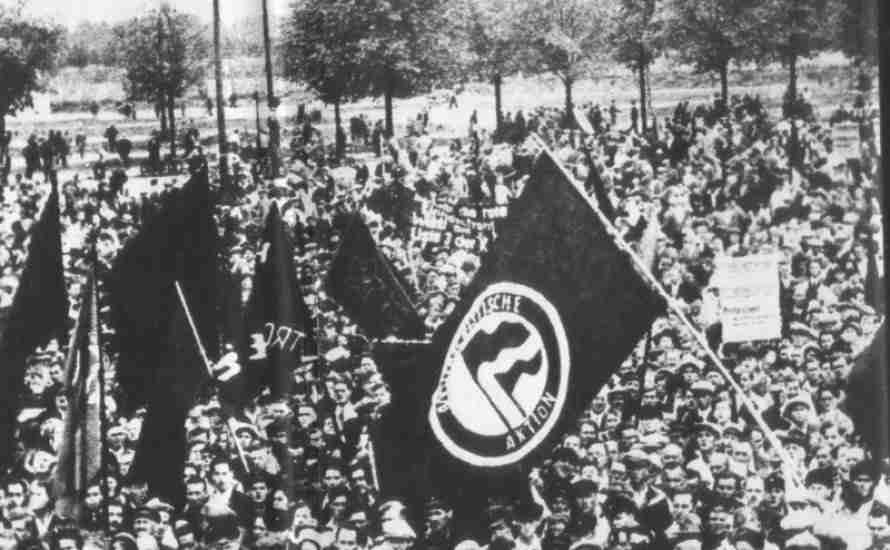 Joseph Goebbels – NAZI Minister of Propaganda – There was no point in seeking to convert the intellectuals. For intellectuals would never be converted and would anyway always yield to the stronger, and this will always be “the man in the street.” Arguments must therefore be crude, clear and forcible, and appeal to emotions and instincts, not the intellect. Truth was unimportant and entirely subordinate to tactics and psychology. 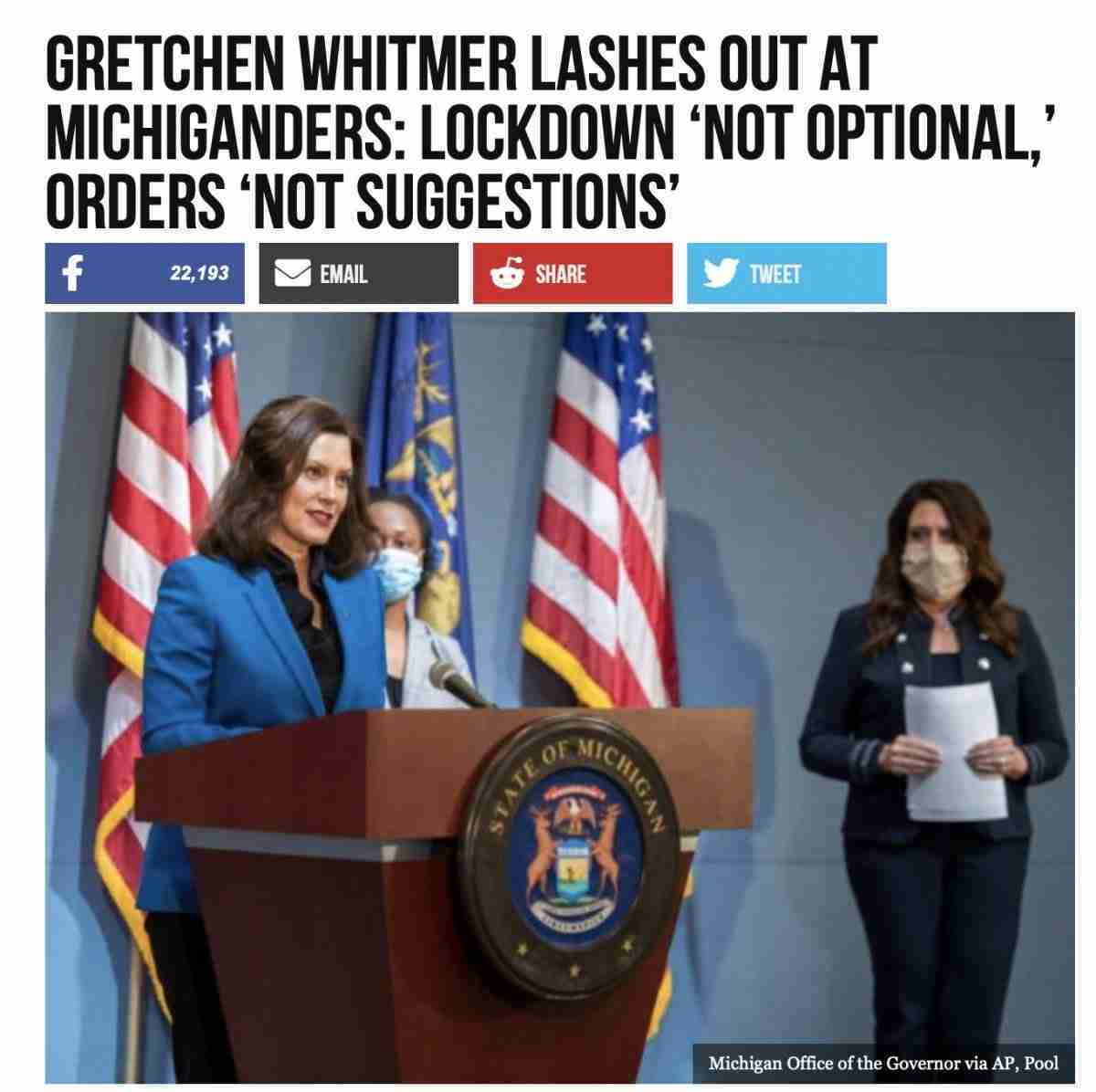 WORLD WAR II was avoidable in its early stages!  Hitler could NOT have accomplished all that he did without the help and support of thousands of high level Germans, and additionally tens of thousands of wealthy people all around the world.

And now here we are once again – a mere 80 years later – and listening to “men and women” that we have NO BUSINESS listening to.  Only this is NOT NAZI GERMANY – it is here in America and many other countries in the world.

WHEN “ORDERS” BECOME UNLAWFUL AND WRONG – IT IS YOUR “DUTY” TO DISOBEY THEM – PERIOD. 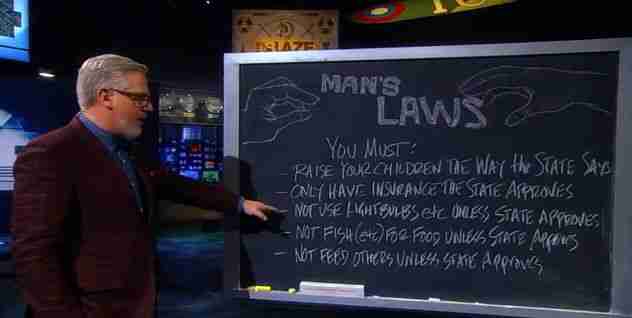 THE ROOT OF THE MISTAKE

The root of the mistake is ALWAYS the same.  We remove “AUTHORITY” from the real and true “author” – and we hand it over to “imposters” – who fancy themselves as “gods”. 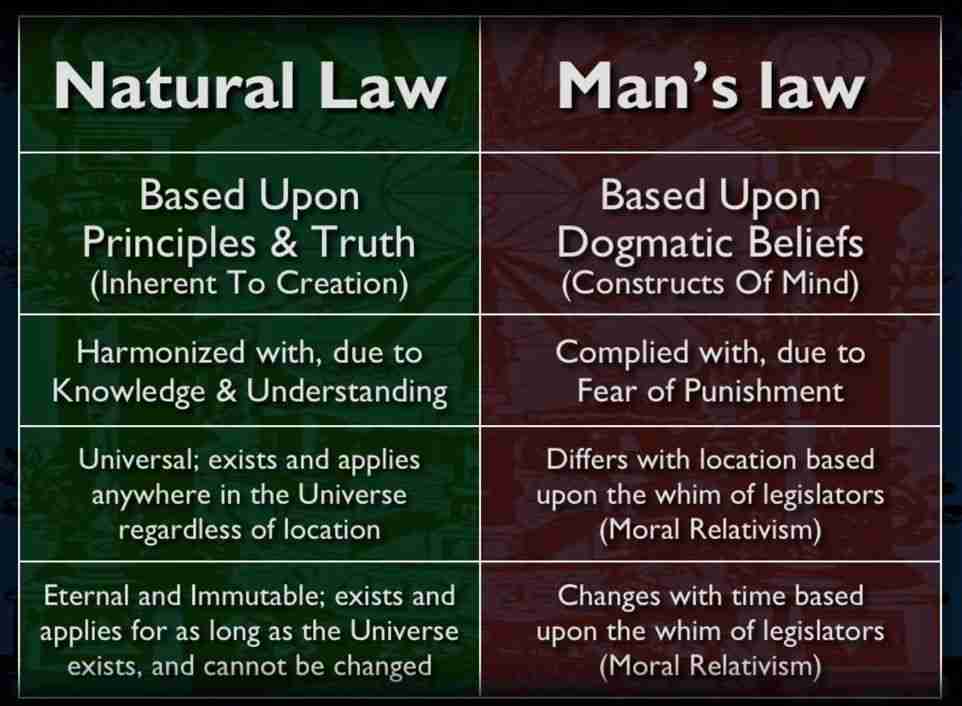 And so here we are – once again – running on the “hampster wheel” called – MAKING MISTAKES – and wondering how and why we are doing the same awful things to ourselves and to our world yet again. 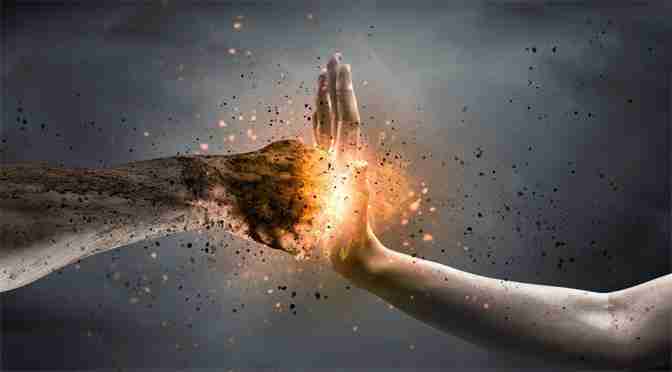 And it is our job and our duty to stand against it and to resist it at all costs.  The New Age is (and always was) 100 percent WRONG about this.  If you overlook evil, and do not stand against it – IT GROWS.  Just like weeds in the garden that are ignored for too long – soon the weeds choke out anything and EVERYTHING that is good – so that there is no longer any food left to harvest. 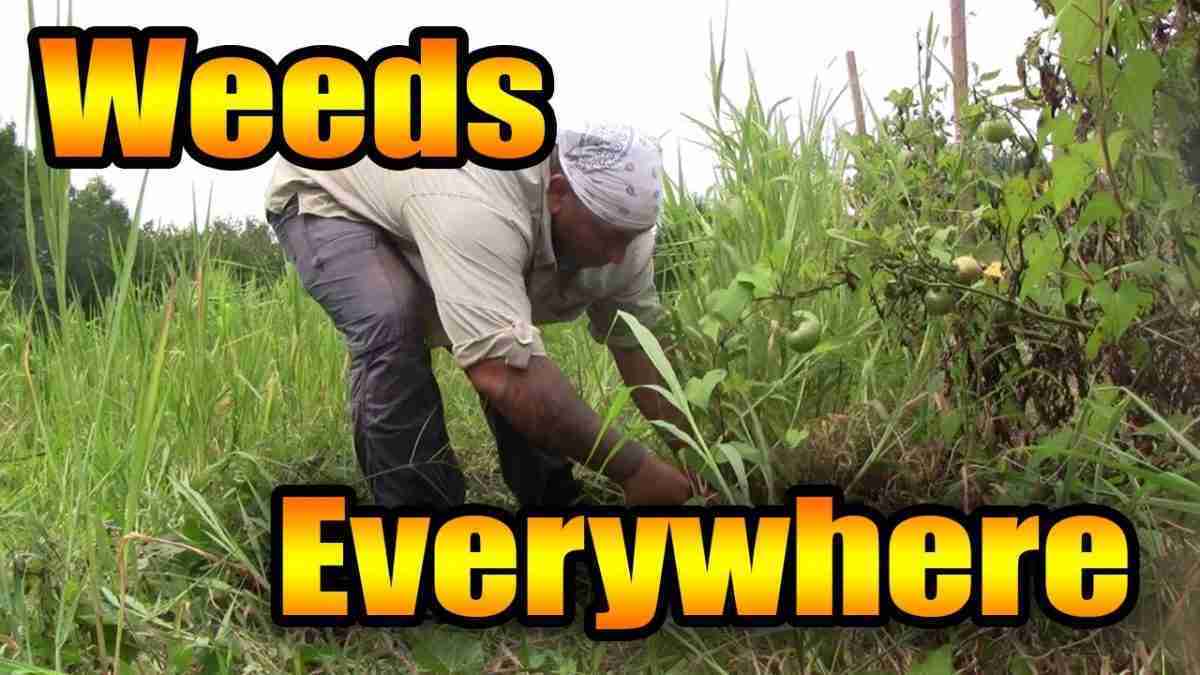 The New Age tells us to just IGNORE what is happening all around  us – and to “never judge it”.   Yet, this very recipe (placed into books written by Satanists) – allows for the complete and eventual takeover of the world by EVIL.

Because we ALLOWED it to get this bad – we are now in a very bad position.  By IGNORING evil – we allowed it to grow to the point where it is almost consuming us. 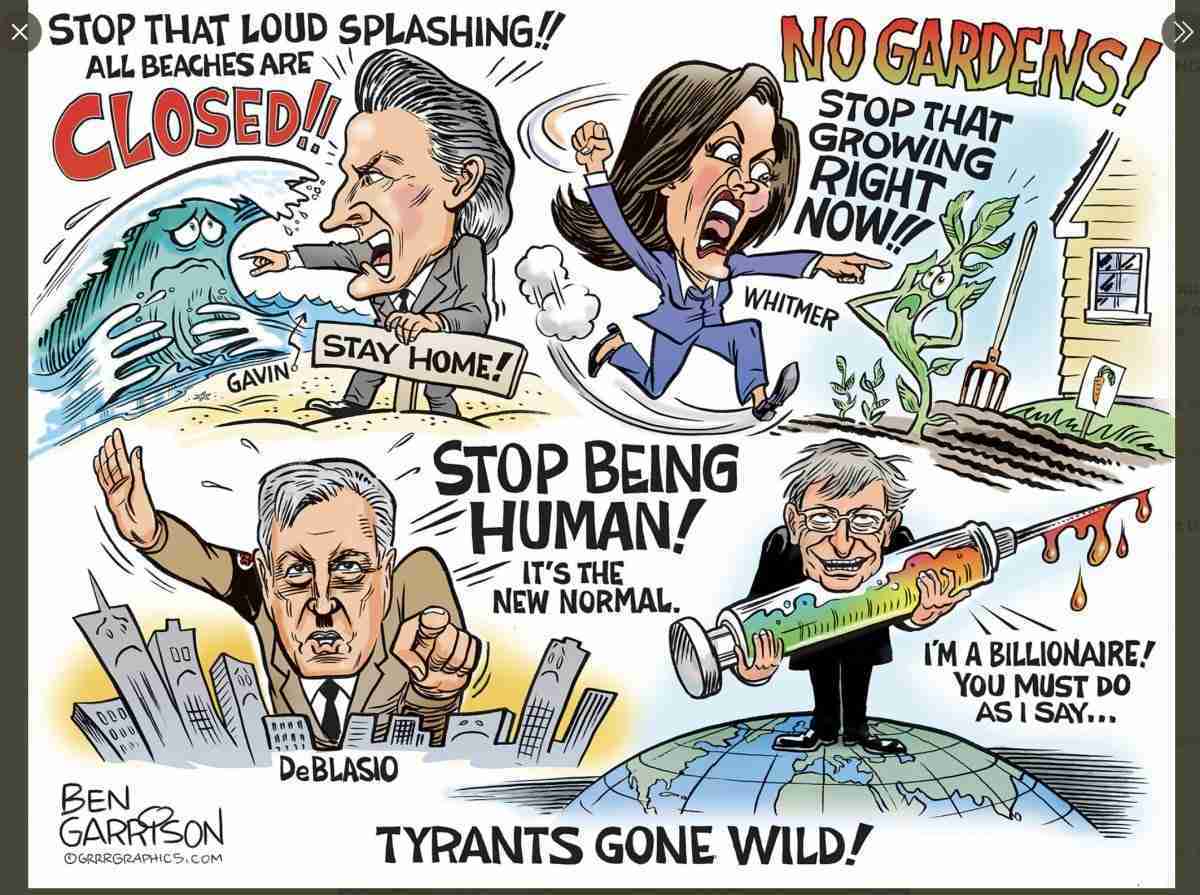 Those who paid too little ATTENTION and were very busy expending all of their energies “not judging that” are suddenly finding themselves appalled and surprised at how bad it got so suddenly.  Really?  You’re surprised? 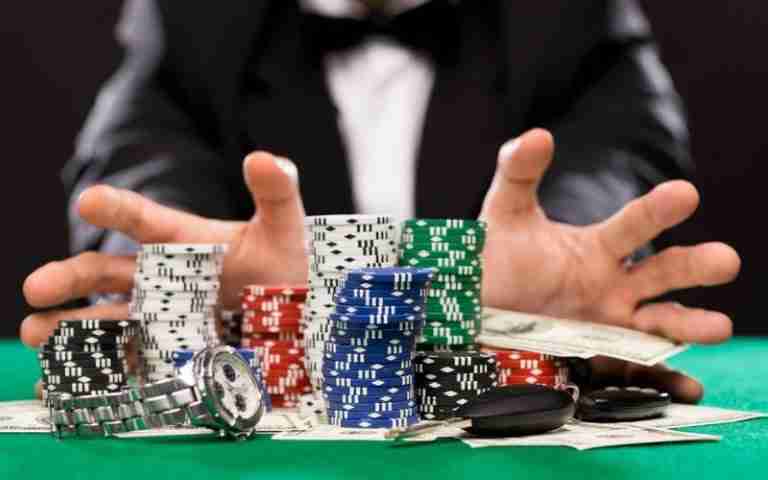 Because they have gone ALL IN – this means that only one winner walks away from the table.  Sorry to have to break this very sad news to you as one of my readers.  As I write this, I am truly sad.  This COULD have been avoided.  But too many writers, bloggers, media personalities, and those who should have been saying something over the last 10 years said NOTHING.

There are all kinds of reasons they did this.

Well guess what?  None of that matters now does it?

The only question that remains is this one:

What will YOU– yes YOU do now?  Will you resist this takeover of the world by people who serve EVIL– or will you continue to IGNORE it all – cowering under the bed and hoping it all goes away – or that it all goes back to “normal”?

Ignoring did NOT make it go away.  Only collective RESISTANCE to evil will work now.

Its TIME to go “ALL IN” for our loving Creator and to give HIM back what we took – which is HIS AUTHORITY!  His authority was our only protection from what we are now experiencing.

PLEASE RE-READ “THE GREAT CON OF MAN – THE END GAME”

WHAT IS “FREEDOM” AND WHAT IS IT WORTH