The World Health Organization in NYC was raided.

Military operations have started in America and arrest numbers are expected to hit 540,000. (millions worldwide)

CEO of Microsoft stepped down.

CEO of Disney stepped down.

CEO of Tinder…Hinge…OkCupid…Match…all stepped down.

CEO of Hulu stepped down.

CEO of MedMen stepped down.

CEO of Salesforce’s stepped down.

CEO of Harley Davidson stepped down.

CEO of IBM stepped down.

CEO of T Mobile stepping down.

CEO of LinkedIn stepping down.

CEO of Mastercard is stepping down. 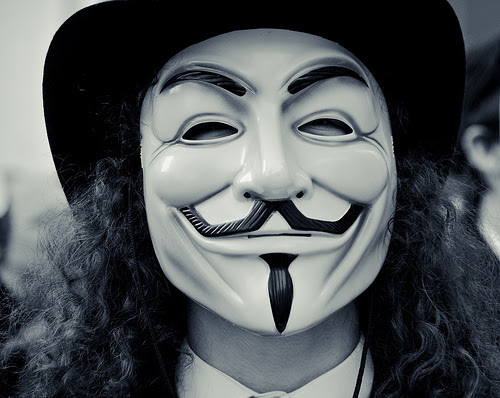 “Rig for Red” means troops changeover to their red lights on their gun sights and equipment right before attacking the enemy. (so the enemy wouldn’t see them coming)

This means mass arrests and we know this is going to happen worldwide, so they needed ‘a cover’ to restrict travel and get people prepared to have an interruption in supplies while a financial reset and the arrests occur. President Trump is trying to tell Americans to be prepared under the guise of a pandemic.

The stock market needs to adjust down in order to do a complete reset and move us to a gold backed currency and get rid of the Fed. The stock market has been falsely inflated for a while.

The CV is the perfect “crisis” to make a lot of it work. Travel will likely shut down for a brief period and maybe all schools and universities will be shut down so kids are home safe with their parents when the arrests occur. We could even have a period of Marital Law to suppress opportunities for looting and riots.

Keeping people away from large crowds minimizes false flags, mass shootings, or other catastrophic events. Can’t have a school shooting if the kids aren’t in school.

Having the CV crisis allows POTUS to shut down our borders so Homeland Security and our military can focus on keeping peace.

POTUS said everything with the CV will be over in April. He said it because he knows ‘it is fake’ and they plan to take action in March…and by April the American public will be informed of what has occurred and why.

India had a ‘full on’ celebration when POTUS visited. It is because he has struck a deal with India to start producing many of the things we were having China produce (cheaply) and it will help India A LOT. Many think China’s leader is in on it with Trump.

When Trump visited China, he was taken to the Forbidden City and this has never been done with another world leader. (likely to have complete privacy to plan) China has a Deep State too. They are teamed up with our CIA and Deep State bad actors. (Clintons, Bidens, Romney, Feinstein and others)

Doug Collins, Matt Gaetz, Ted Cruz, Mike Pence, Mike Pompeo and Mark Meadows were all supposedly exposed to CV. What better way to explain their upcoming absence in DC than quarantine at their homes? Q already told us when the mass arrests happen, POTUS will be safely out of the country.

AF1 can fly continuously (if needed) because it can be refueled in the air. President Trump is taking his present and future cabinet members with him in AF1 to keep them out of harm’s way. (it won’t alert anyone that he is taking them all with him)
He already announced Mark Meadows will be his new Chief of Staff.

The “quarantine centers” have all been set up in areas where the concentration of sealed indictments are the highest. This explains why there is ‘barbed wire slanted inward’ at one quarantine center seen in a video. These will be ‘detention centers for the many criminals and traitors’. They may even be set up as prisons with the sheer number of them.

GITMO has had a multi million dollar upgrade that is completed. A new head Judge has been sent to GITMO. There was a large amount of our troops sent to GITMO for a 2 year assignment last Summer. There were millions spent just upgrading the Justice buildings and Lawyer offices at GITMO and another military base in the US.

It is believed Trump, Gen Kelly and Gen Mattis are not on bad terms. It may all be an act to take them out of DC and allow them to fly under the radar so they could be at GITMO and the other bases to get everything set up for the military tribunals.

Trump has replaced many of the Obama judges and others who would not do the right thing when the mass arrests occur. That took a long time to get them confirmed and placed strategically where they will be needed. He has the majority of the SCOTUS.

Justice Roberts is highly compromised. He will either be replaced by another Conservative Justice…or has been given a deal. (to cooperate with justice being served to the criminals and traitors in our government)

There has been a lot of National Guard and military equipment movement under the guise of a State of Emergency for the CV. They are getting into place to help deal with any civil unrest that might occur over the arrests of groups. (like ANTIFA)

The internet (at least all social media) will likely go dark. (so don’t panic) It won’t be forever. They tested taking down specific platforms and cell service a couple of times. The CIA’s satellites have been shut down, so they have been blinded.

Gina Haspel was at the last SOTU address smiling ear to ear. CIA directors rarely, if ever, attend SOTU addresses.

The Queen of England was locked out of Windsor Castle briefly on Friday for the first time ever. It was a marker to tell those following Q that it is time.

“Nothing can stop what is coming. Nothing” – Q

Trump wore a bright yellow tie in India and today at the CV press conference. He is telling us there is no virus because it is the exact same color as the maritime flag that represents the vessel has no infected people on board. THERE IS NO VIRUS. Every state reporting the most cases and deaths are all Sanctuary States run by Democrat bad actors in an attempt to get funding for the virus since Trump has cut off any Federal funds for Sanctuary States.

Do you see it now?

Trump and Pence have been flying all over, attending group events, hugging people, shaking hands. They are not worried because the Cvirus is fake.

– Be ready for Martial Law

– Be ready for schools to shut down

– Be ready for travel to be restricted

– Be ready for the internet to go down

So does that mean the criminals in the house and senate will be arrested? Who are going to be detained? Certainly not Trump supporters I hope

It is possible. I am not privy to any inside information on that issue.