FRAUD VITIATES EVERYTHING – EVEN THEIR “LAW” SAYS SO – A NECESSARY RANT

SLAVERY IS SUPPOSEDLY ILLEGAL – SO WHY ARE THEY STILL DOING IT


If I do not speak out and write about this – then the very rocks sitting in the desert will eventually cry out for Justice!

Something is rotten with the world, and it is not with WE THE PEOPLE!

Instead, the rottenness is coming from the Corporate Court System which claims (on paper) that human slavery is very illegal – but practices human slavery every single day in their courts!


Thinking Logically – “IF” slavery were indeed illegal, then every single court worldwide is a Court that is being run by Criminals!

“They” say that slavery is illegal, but “they” are still running the ALL CAPS NAME FRAUD!

As we speak, the Courts all around the world are following Maritime Admiralty Law – the Law of the Sea/Holy See/Current Sea – but that “law” states both clearly and emphatically that human slavery is 100 percent illegal.

This is true because all court cases are based upon the Birth Certificate Con/Fraud – which places the “name” of every man, woman, and child into all capital letters so that the court can then PRESUME and ASSUME that they are “things” according to the TWELVE PRESUMPTIONS that are used in these corporate courts world wide.

These presumptions assume and presume that the people appearing in their courts are not adults, but instead are WARDS OF THE COURT/STATE – through the application of the Birth Certificate Fraud – and are either “dead entities” – i.e. corporations themselves – or are incapable of thinking and speaking for themselves – i.e. morons/idiots/retarded and need to be cared for by the State.


FRAUD IS A CRIME

Since this is NEVER (and by saying never, I mean NEVER) disclosed on the record or in the Court proceedings – then a massive Con Game and Fraud is taking place every single time a Judge walks into the Court Room and begins the proceedings without DISCLOSING THIS FIRST.


Furthermore – MORE LOGIC HERE – if fraud does indeed vitiate everything, and thus makes all contracts NULL AND VOID – then because all of it is FRAUD – why pray tell are the people of the world being told that they need to fill out or file “paperwork” in order to “change their political status” just to stay “safe” from these courts??

The FRAUD itself should be enough to vitiate all of it – and those who are doing the fraud should be immediately arrested and severely PUNISHED.

Having to fill out paperwork basically makes the VICTIM responsible for having to deal with on going criminal activity – making it appear as if the criminals have the RIGHT TO BE CRIMINALS – when the criminals should be being rounded up instead.

What should be happening is that the Military should be moving in everywhere right now and as we speak – and arresting every single Judge/Prosecutor/Lawyer in the entire world and shipping them off to GITMO!


Why all of them?  Because:

No one escapes from this – No deals – No one gets away with anything (as I’ve read so many times) on some of the more vocal Channels that are posting truther updates.

Why should these people NOT escape or get a deal?

Because they were participating in RICO CRIMES/FRAUD/HUMAN SLAVERY/HUMAN TRAFFICKING/PERSONAGE/BARRATRY and many other extreme crimes every single day of their lives and did incalculable REAL DAMAGE AND REAL HARM to the lives of people in the hundreds of millions each year.

Furthermore – what makes these crimes even worse is that those who did them PROFITED OFF OF THESE CRIMES!


Compared to a guy who simply had a few too many pills in his possession – or an illegal drug or two – these people running the courts are MONSTERS on an epic scale that makes a drug user look like an Alter Boy.

How wonderful and how clever God was to have sent WITNESSES to the Earth at this time in history to watch, to see, and to collect vital information that will be used in the coming JUDGEMENT TRIALS in front of HIS THRONE.  How wonderful it is that he gave us minds like steel traps that will never forget ANYTHING! 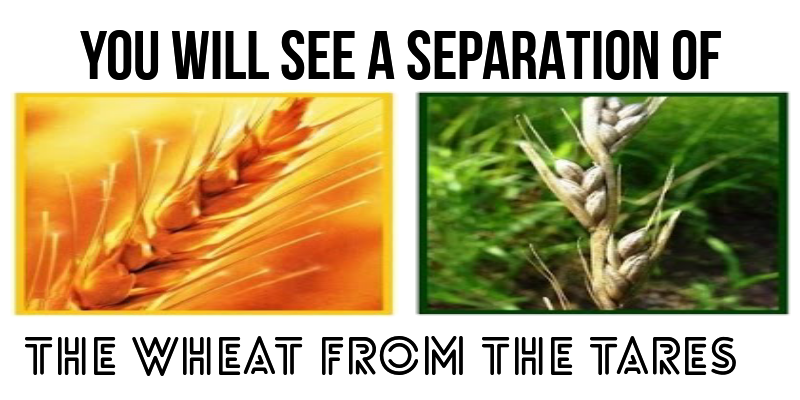 There is not a Lawyer, a Judge, or a Prosecutor on this entire planet that can hope to claim innocence from these crimes!  The information has been out there for a long time now!  Even I, a guy who is just a simple carpenter, and used to pound nails all day long can figure this out – and therefore have written about it extensively.

How is it even possible that these people with expensive College Degrees can not see this and figure it out?


The answer is, they DID figure it out, but did not CARE to change anything they were doing because their paychecks depended upon their going along with the system of evil.

As of this very day – they are still actively ignoring and denying people’s rightful claims of being a living man or a living woman due to mere paperwork issues (did you file the correct paperwork saying that you are a living man or woman?) – which is absolutely LUDICROUS and PURE EVIL based upon the simple idea that they themselves have eyes, and they can clearly see that a living man or woman is indeed actually standing in front of them.


To deny this fact on a daily basis – or to pretend otherwise due to a lack of paperwork – is THEREFORE A MONUMENTAL CRIME against humanity – and also a CRIME AGAINST GOD HIMSELF simply by the pretense of it all.

To all those working inside of this “system” – I don’t care if your “paycheck” depends upon your going along with the system – you all have eyes and you are not allowed to LIE in court and to pretend that you can not see who is standing in front of you!

– GOD HIMSELF IS WATCHING YOU –

You are therefore LYING and BEARING FALSE WITNESS in real time every single day in these court proceedings against living flesh and blood!

This is Living Flesh and Blood that carries the presence of the ETERNAL LIVING GOD INSIDE OF IT!

The BLOOD of every man, woman, and child who has stood in front of a Judge who did not admit and recognize immediately that they were actually LIVING BEINGS – will “testify” against that Judge in front of the THRONE OF GOD.

How in the world do any of these people (a.k.a. monsters) expect to get into Heaven or Ascend to the 5th Dimension when they practice such witchcraft and deception on a daily basis?


Let’s listen to a few words from Mark Passio!


We really do want to start teaching at least on the first grade level for the sake of humanity!  But we can not teach FIRST GRADE if the people are not ready to LEARN FIRST GRADE.

What is the HOLD UP?   What needs to be DONE?  Who needs to TAKE ACTION?

All my love to those who can see and hear the TRUTH.

ABOUT THE “TEACHINGS” OF ASHAYANA DEANE