GET READY FOR THE MEMO RELEASE TODAY

This video by Dustin Nemos gives a short update concerning “THE MEMO”.

Dustin also confirms that “Q” Anon says that the “train thing” that occurred just a few days ago was indeed a False Flag Attack on Republicans!  Many congressmen could have been killed.

In addition, this document was put out by Stew Webb which shows the total involvement of Barack Obama, who was using the Intelligence apparatus not only of America, but also of Great Britain to ILLEGALLY SPY on the opposition political party.

So this is it folks.  The British Government has now been implicated in SPYING on an American Citizen (Donald Trump) in his own country, at the request of criminals operating in the United States of America. 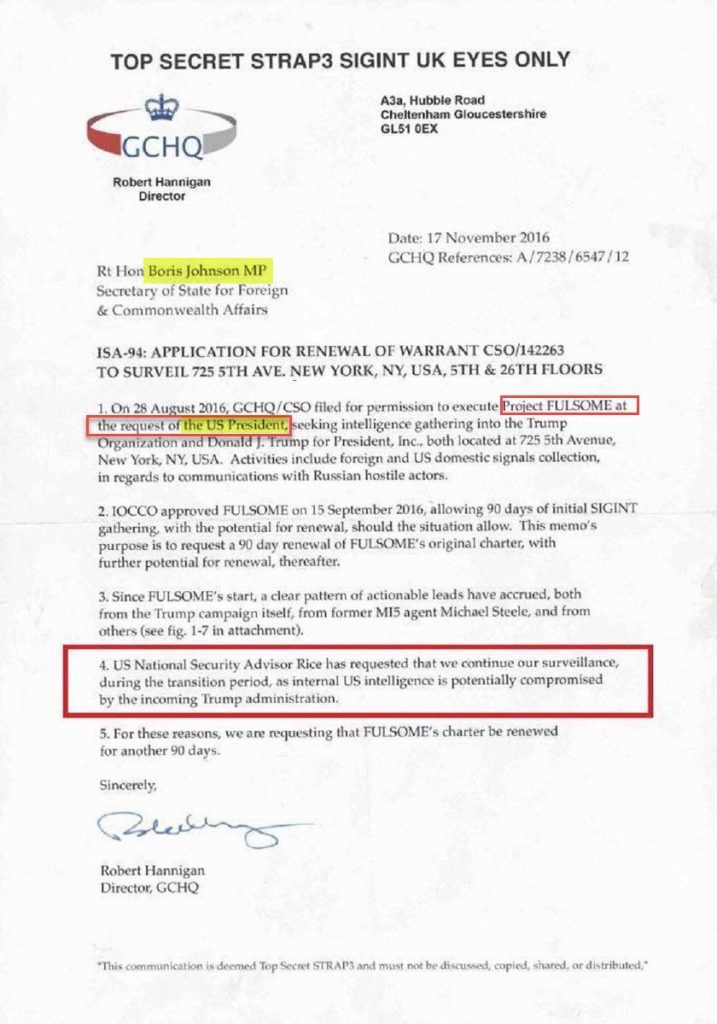 BEFORE WE START APOLOGIZING FOR BEING “WHITE” – PART TWO

ALEX JONES – SUPER BOWL MAY BE A “TARGET”