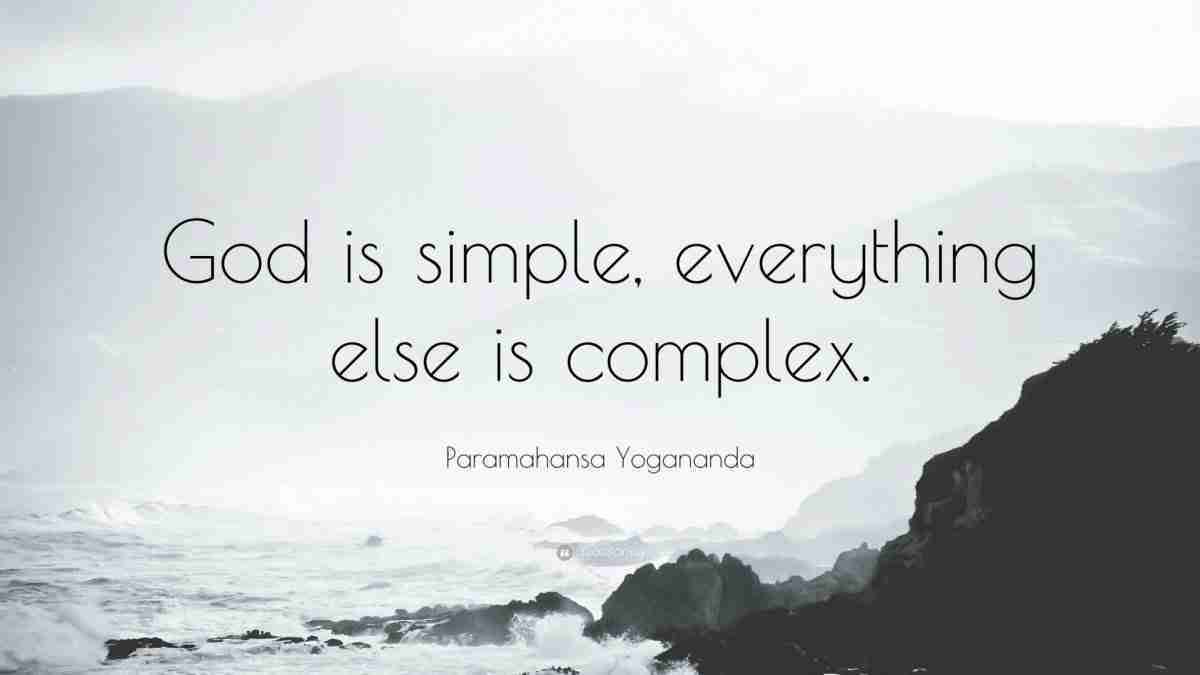 The Law of Cause and Effect is part of the Universal System of Balance. It is one of the highest standards in the Universe, and GOD put this very effective system into place for a good reason.

Every Satanist and Luciferian that rebels against GODS RULES sincerely believes that they can “choose” to do anything they want to do here in physical reality – and no matter what that choice is – nothing bad will ever happen to them.

“Do what thou wilt” – is an expression of this madness. 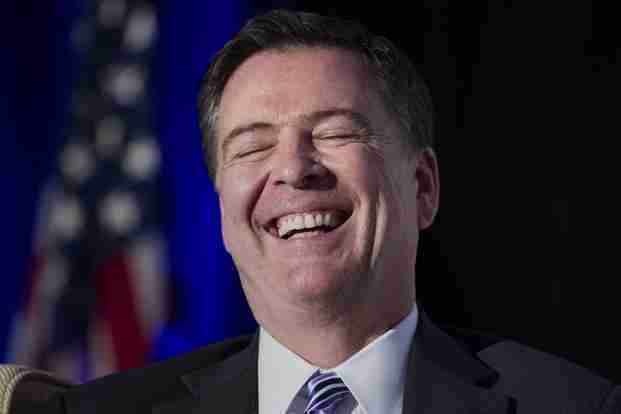 This idea is terribly flawed if not out right incorrect, and in the paragraphs that follow, I will attempt to show you “WHY”.

Freewill is a “gift”.

“Creating” is and was one of the most beautiful and joyful experiences GOD had experienced, and HE wanted to share that experience with his Creation.

So, he gave us the ability to create as well.

However, GOD – being a pretty smart cookie – put into place an entire system of safety features  – which included:

All of which would ensure that no single soul would be able to “create” something that would end the entire creation for everyone.

The Law of Cause and Effect is just a small part of that safety system – and is noticeable on the 3rd Dimensional Level where we operate.

Freewill allows us to “choose” any action or behavior that we want to choose – however, the very moment you make a “choice” – now the Law of Cause and Effect must come into play.

If a man “chooses” of his own freewill to walk off of a cliff – then he must also experience the effect of that choice – according to GODS HIGHEST LAW.

In other words, he must experience the RESULT and the CONSEQUENCE of that choice.

Now, in the example of walking off a cliff, the result and the consequence of the choice is almost immediate and most probably permanent! 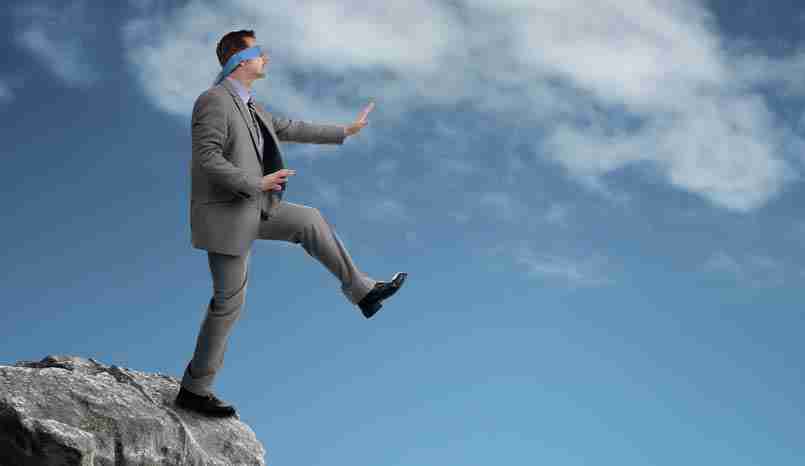 There is no “time-lag” between “cause” and “effect” or “choice” and “result” in this example.

Because no time-lag exists between cause and effect in the image above – it is pretty obvious to even a casual observer that “choosing” to walk off a cliff is not at all a very wise “choice”.

Here in lies the difficulty with living on Earth which currently operates on the 3rd Dimension.  Some “choices” may have a far longer time-lag and therefore the effects of those choices may not be felt for days, months or even years!  But we will discuss that in a bit.


Getting back to our example,  it is not really necessary for everyone on the Earth to choose to walk off a cliff to get the hint that this particular choice brings some dangerous and unwanted consequences.

However, the example above is an EASY one to grasp.  Few choices carry such immediate and disastrous results – and so they are far less obvious to the casual observer.

So now that I’ve explained the concept – let’s expand and extrapolate into infinity.

CONSEQUENCES FOR CHOICES ARE ALMOST INFINITE

What I mean by this is that for every single “choice” that a human being can imagine – there will be a consequence or a result.  It will be either positive or negative depending on what the choice was.   This part of the “safety system” is there to TEACH US the effects of each choice we make so that we can “avoid” experiences that we don’t like or want.

A far less dangerous choice, but still one that is very quickly learned (by young boys) is that you never pee into the wind.  Regardless of status, wealth, or character – youngsters playing outside can not help but have to face this very simple lesson at least once or twice in their lives until they comprehend the “results” and the “consequences” of doing something in a particular way.

SATANISTS AND LUCIFERIANS HAVE BEEN “TOLD” THAT THEY CAN “ESCAPE” GODS LAWS…, AND THUS ESCAPE CONSEQUENCES…

Not only is this wholly incorrect – but it is pure folly!

THERE WILL NEVER BE AN END TO CONSEQUENCES FROM YOUR CHOICES

Consequences can be individual and they can be collective.

This last part also applies to individuals and collectives.

I’ve written this before in another article – and it works so let’s use it again.

The question is this:

How can an individual or a collective experience the consequence of NOT DOING SOMETHING?

But – the point is that water is going everywhere.

Now – according to FREEWILL – you have a choice to make. You can “choose” to take immediate action in order to put a stop to the leaking and the water that is going everywhere – or you can “choose” to DO NOTHING.

Let’s say that you (as an individual) make the “choice” to DO NOTHING.

As water continues to spray everywhere and starts to run across the floor it flows into all of the other rooms. It then begins to soak into the carpet and into the baseboards and even into the drywall.  After a while it comes running down the steps and starts to soak the lower floors as well. The water just keeps on running and flowing – and everything that happens to your brand new home – is the “result” or the “consequence” of your freewill choice to DO NOTHING.

So, now after many days – you decide to DO SOMETHING.

You “decide” the you will now use your freewill to TAKE ACTION and put a stop to the washing machine that is leaking and spurting water everywhere and so you finally turn it off!

The new result and consequence of TAKING ACTION is now evident in your life experience and you can SEE that you like this result better.

Thus, the LAW OF CAUSE AND EFFECT is a very good thing because it teaches us about our choices and what will happen when we make them.

I’d like to add just a bit of commentary after this example if you will permit.

Firstly – this above example can be a “collective” experience in that your brand new house may have an entire family living inside of it – and you as the father or mother – after choosing to DO NOTHING – may have to deal with many other people in your family who are now suffering and experiencing the RESULT of your choice to DO NOTHING.  They may be quite upset with your “freewill choice” and tell you so.

Secondly – and this is for the New Agers (sorry I can’t help myself) – “praying” for the water to quit running everywhere inside of the house – OR – “holding positive space” for the water to quit running all over your brand new home are ALSO freewill choices that you could possibly make  – but – there really is only ONE CORRECT CHOICE that almost everyone will agree with in the end – and that choice is to TAKE ACTION and put a stop to the leak – (the sooner the better).

I have found that New Agers love to “justify” – DOING NOTHING – far more than they aught to – merely because their lives are not directly affected by so many horrible things taking place around them.  This is partly why GOD has allowed the COVID -19 PLANDEMIC to move forward.

Way too many people were DOING NOTHING unless their own lives were being directly affected by something dire.  Serving others and helping them out of tight spots was the last thing on their minds and this is EXACTLY what GOD did not want from us.

He wanted us to “be in service” to others – and to always lend a helping hand regardless of what the trouble was.

So the hard truth of the matter is that now EVERYONE – EVERYWHERE has something “dire” taking place in their lives and no one can just sit back on the couch and say:

Well, it’s not my problem becuase it’s not happening to me….


So how are all of you out there enjoying your consequence or your result?

You do see (after all) that this “consequence” is just as horrible as walking off of a cliff.  The only difference here is that this particular consequence or result took a very LONG TIME to manifest.  There was a huge “time-lag” between the “choices” that we collectively were making – and the “results of those choices”…

Now do you see how it works?

And the doctors and the nurses who are injecting deadly toxins into peoples arms are your proof!

They are the “mirror image” of what many of you used to do!

As we speak, they are just doing what is in their own best interest – as so many others have done when countless other people needed their help.  They are making the freewill “choice” to DO NOTHING – about what is really a mass genocide – only so that they can keep their jobs and they can keep getting a paycheck!

DO YOU SEE HOW THIS ALL WORKS NOW?? 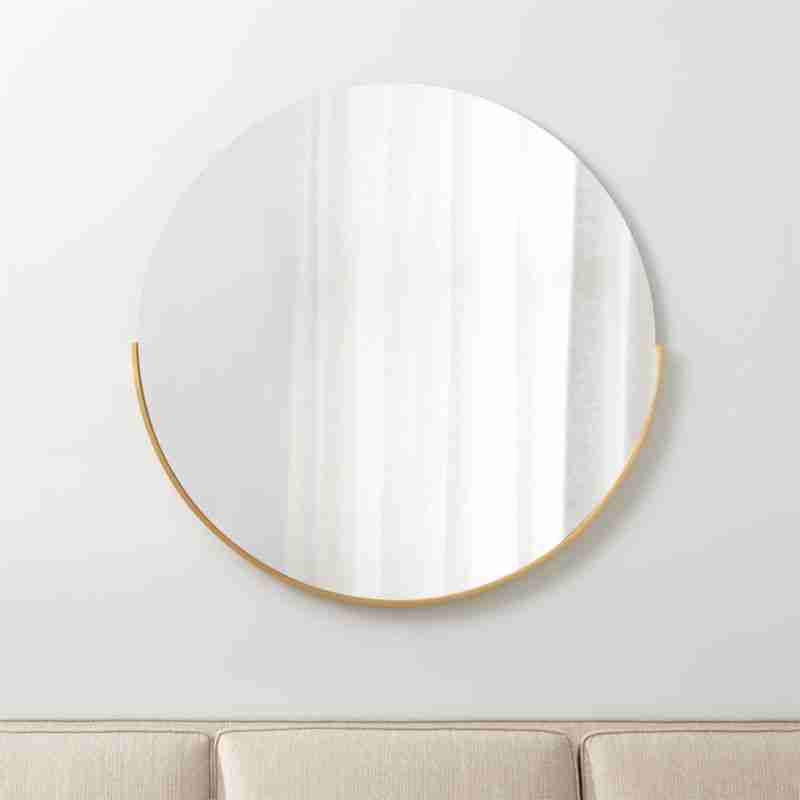 “YOU” ARE THE MAN IN THE MIRROR…

Like the King of Pop said – take a look in the mirror – and then make a CHANGE!

Gene Decode – as well as I have said – PUT GOD FIRST IN YOUR LIFE.

Not second, third, fourth or last – BUT FIRST – and do this in everything that you do.  If you do this – then the “change” you are looking for will happen very fast – and you will soon find yourself experiencing a whole new “consequence” and a whole new “result” that is far better – and much more to your liking…

INTERVIEW WITH AN UNDERTAKER – THE VACCINE IS KILLING PEOPLE