Furthermore, these idiots who have committed this treason were not just happy with destroying the entire country; instead these monsters decided (in secret) that they would also declare a hidden war upon and ATTACK anyone who dared to stand up to them while they were destroying the country.


The very moment that Donald J. Trump became the President of the United States, the Deep State and those who were in league with the Luciferians, decided that not only were they going to stop him, but that he had to be completely destroyed for good measure.


These tactics that they are using against innocent people are getting just a bit old and tiresome by the way.

Destroying anyone and everyone who stands up to their sick plans for a New World Order seems to be the standard M.O. for the Luciferians. They just can’t help themselves.  Thankfully, their OVER REACTION to every single road block placed in front of them is going to be their downfall!


If someone sneezes in the wrong direction, then they drop a bomb on the entire area as a counter measure!

By using tactics like this, even the “normies” are going to eventually see these extreme OVER REACTIONS for what they really are, and how the Globalists are using insanity instead of rationality in dealing with every single crises that they face.


As I’ve said many times in the past – these GLOBALISTS are showing themselves to the whole world to be tiny little 3 year olds who are still wearing diapers – both on their butts and now on their faces as well – and are throwing full kicking and screaming tantrums at every little thing that comes up that they don’t like.

They have, after all, made so many unholy agreements with countless regressive alien species, that they can no longer even keep track of which false god they are serving any longer!

Add to this the fact that they are being forced into doing service for underworld demonic entities and many other unseen creatures from very low levels of creation that they probably had no idea even existed – and just perhaps they are thinking that they should never have made those unholy agreements in the first place.

Not happy with normal or conventional tools of destruction, they have (more and more) turned to Time Travel in the hopes of bringing fully undetectable wars onto each of their targets which can not be seen, felt, heard, or even touched, and therefore are very difficult to fight against. They have used these tactics on many people, myself included.


Donald Trump is just one of the more public targets they have focused in on, and therefore what is being done to him is quite NOTICEABLE world wide and therefore much harder to cover up or explain away.


Because these kinds of battle tactics are wholly despicable and degenerate, those Luciferians who use them are utter cowards of the worst sort. 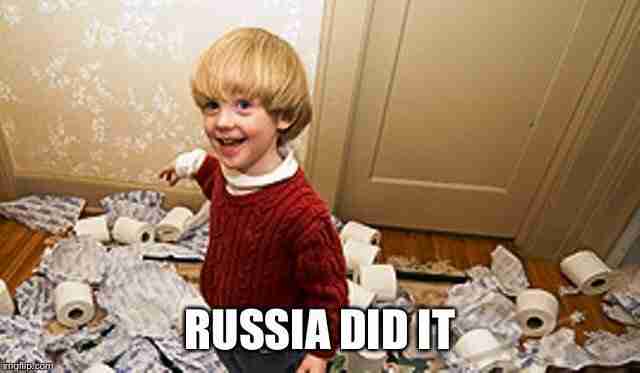 Unlike the millions and millions of decent men and women who have been attacked in very similar ways in the past, and have subsequently had their entire lives destroyed, Donald Trump presented a unique risk to these Deep State Monsters who had not fully thought out the crimes that they were planning against  him – otherwise they might just have left him alone.

Yes, they committed treason against a sitting President, but it was treason committed against one who totally believes in hitting back hard, and getting even with anyone who crosses him.  (Who knew they were that stupid)

As we speak, the chips are all falling into place and all of those who came against him are now wishing they had simply moved to the Moon or Mars instead.

Unlike what the Government would try to tell everyone out there, TREASON is a crime that is committed against WE THE PEOPLE – not just against the Government itself, or against a sitting President, which in this case is Donald Trump.


In the American Republic – WE THE PEOPLE – are in fact the Government!  We merely select and elect our representatives that gather together in a large group to do OUR WILL – NOT THEIR WILL.  Because they have betrayed us, they are now going to pay the cost of what they did to all of us.


They are wolves in sheep’s clothing – and use lies and deceptions to mislead others, thus forcing them to make very poor choices and effectively destroying their lives in the process. 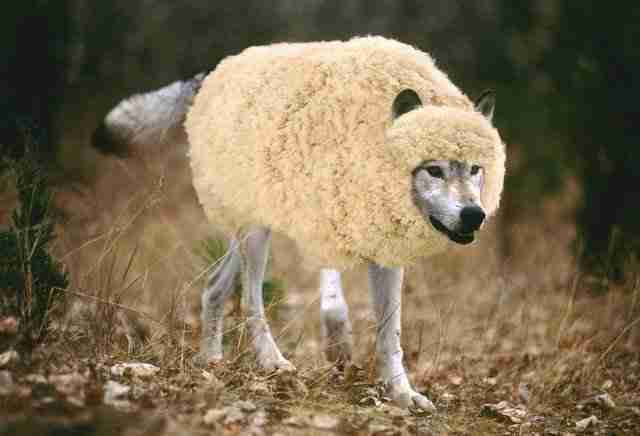 GOD has little to no forgiveness for these abject monsters, because they are not simply choosing to ruin their own ungodly lives with their irredeemable actions, but they are working very hard from behind the scenes (and in secrecy) to ruin the lives of everyone else living on Earth as well. 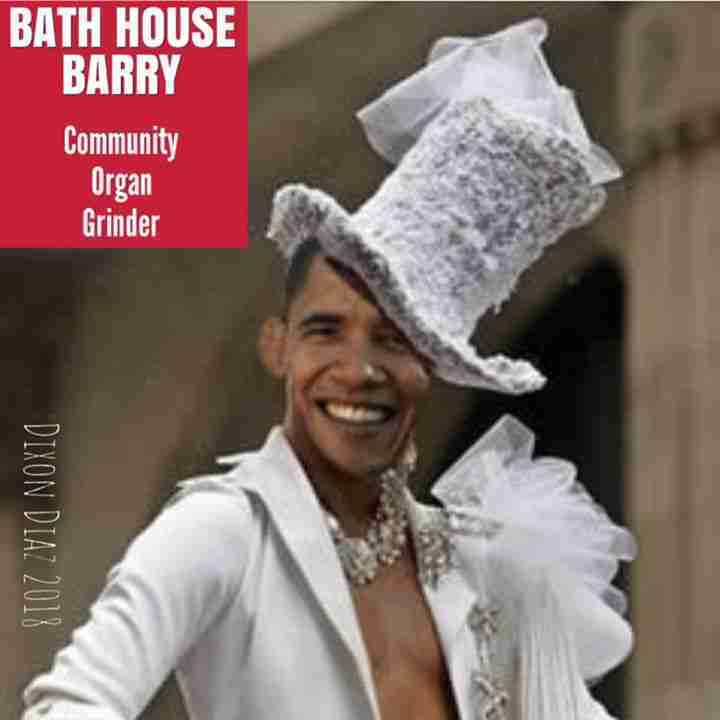 Bathhouse Barry is also a unique figure in that he is the exact opposite of Donald Trump.  Whereas Donald Trump cares deeply about America and about Patriots, Barry wanted nothing to do with either America or its Patriots, choosing instead to work hard from behind the scenes (and in secret) to destroy BOTH.

He used all of the tools created by the Deep State and the Intelligence communities – to create a new and hidden type of STAZI – where almost every single man, woman, and child living in America were being spied upon and watched.

This was being done from something called FUSION CENTERS – and in order to help out all of the now very compromised Intel Agencies  – he created his infamous LIST of 72 character traits that would tell the younger morons working inside of these agencies just what to look for in a TERRORIST.

THE BEGINNING OF THE END FOR BATHHOUSE BARRY

Drunk on the absolute power that he had granted to himself – Bathhouse Barry and Friends – decided to go after a sitting President with their illegal Surveillance apparatus – and in the process GOT CAUGHT red handed. 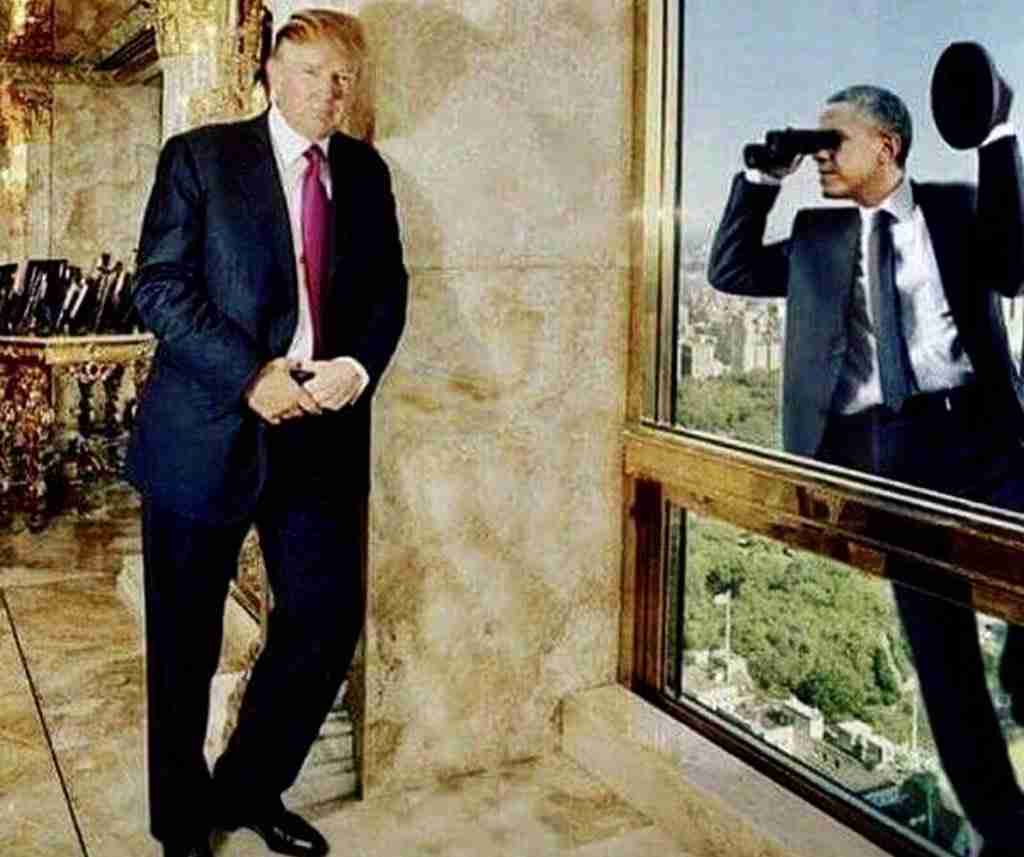 Admiral Mike Rogers – former head of the NSA – was not going to sit still and allow treason to be committed against a verifiably elected President of the United States – and made the absolutely correct choice to inform Donald Trump immediately of what was being done to him.

If only he had been honest enough to inform the other Millions of Americans whose lives were being illegally spied on in the same way!  But just perhaps, Rogers figured that in this way, he could grant real Justice not just to Donald Trump – but to all of the rest of us at the very same time, who knows??


SH*T always flows down hill – and because of what they did to Trump, all of those Agency men and women (who will claim to have been only following orders) are going to have their day in front of a TRIBUNAL (or firing squad) for the commission of TREASON against WE THE PEOPLE.

Yea, that’s right – they stupidly chose to follow Bathhouse Barry – and willingly committed TREASON against millions of American People by spying on all of us illegally – and if they (the countless agents) had only left Donald J.Trump alone – then WE THE PEOPLE would never be in the unique position to get real justice against each of them.

But since they went after HIM and got caught – now we all get justice against THEM!

Only time will tell us the final story here – but IF I were a betting man – I’d put my all of my money down on DONALD TRUMP – and bet that everyone else is gonna lose and lose big – including the Agents and Agencies who dared to spy on him.

HOLD THE LINE – WE ARE SO CLOSE