It is a no win situation for them.  They can not HIDE any longer from the “normies” and that is exactly what they were trying so desperately to do.

They are very quickly reaching the point of diminishing returns.  For each horrible action they take – they LOSE traction instead of gaining traction.

It is like being stuck in the mud or quicksand where every effort made to pull yourself out – only gets you stuck even deeper.

That is why HOLDING THE LINE is so vitally important at this point in the game.  It forces them to make moves on the chess board that they would rather not make, because when they do make these moves (which they are not ready for) they become MORE EXPOSED to everyone living on Earth, and can be seen for who they really are.

THEY ONLY GOT AS FAR AS THEY DID BY HIDING LIKE RATS IN UNDERGROUND BUNKERS, BACK ROOMS, AND TUNNELS.


They were hiding.  Everything that they did was done in secret, with a secret handshake, a wink, a nod or a symbol.  They used secret Bank Accounts and Slush funds hidden all over the world.  They hid criminal organizations inside of Foundations which were pretending to be Charities and Charitable Organizations.

They hid the worst evil that ever existed in the very places that you’d never think to look for it – inside of Religion and in Religious Places.  They put the most evil people in charge of the very groups that were supposed to be working hard to protect we the people and to protect the world from harm.


It was all about staying hidden and keeping themselves cloaked.  This is why they purchased every single part of the Global Media, and then ordered everyone inside of their Media Empire (which was total) to never report on or talk about their attempted Global Takeover or their endless Crimes.

But they can’t do that if they are being exposed for who they are.  Just as “Q” has said many times – All of us “WAKING UP” is their worst nightmare.  They can not roll out a world wide tyranny and Global Enslavement Plan – without our willingness to go along with it. 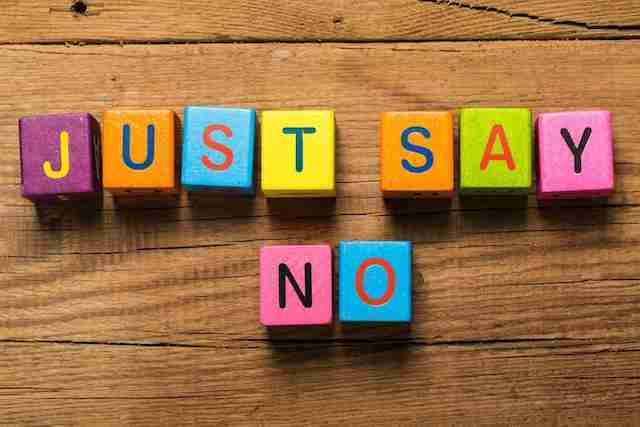 GOD is extremely powerful, and HE only gives them the right to do what they do “IF” they tell us and show us what they are planning to do and then WE do nothing to stop them.  They are allowed to do what they want only if we are unwilling to stand up to them and just say no.

Mind Control was very important to them (Mockingbird Media) because they knew that no one in their right mind would ever agree to his or her own enslavement.  They used every single despicable trick in the Satanic Magic Book to gain control over the minds of others in order to hypnotize them into making poor choices for their own lives and thus allowing themselves to be enslaved.

This, by the way, is a total and utter CHEAT against the rules GOD laid down for them, which is why they are not being allowed to win.

GOD TOLD THEM THIS:

If they can logically, and reasonably convince everyone on Earth to choose (through the use of their own Freewill) to be enslaved by them – then and only then would HE allow it.

But long ago they saw that they just can’t do it.  It is impossible because NO ONE in their right mind wants what they are selling.  Only the ten or twelve percent that follows Lucifer want it – and they all want to be the ones who rule – not the ones who are enslaved.

This was supposed to be their final lesson that enslaving others is pure folly, because FREEWILL (a gift GOD wisely gave to everyone) will always save those who use it.


The problem however is that these Luciferians are simply broken!  They are empty husks of used to be humans who really can’t even think any longer.

Therefore, instead of throwing in the towel on an idea that could not work, they decided that winning was all that mattered and how they did it no longer made a difference.  (GOD was watching by the way).

They decided to find ways to TAKE peoples freewill away from them by Dark Magic (Spells) and Advanced Technology (Frequencies) and Pharma-kia (Drug Magic).

This is and was a direct VIOLATION of Cosmic Law and of GODS most sacred Commands.

They also started using TIME TRAVEL and LOOKING GLASS as hidden tools to help them beat down and defeat anyone who would stand in their way.

This also is and was a direct VIOLATION of Cosmic Law and of GODS most sacred Commands.

In other words, they didn’t just CHEAT – they threw away every sacred rule and sacred honor that GOD had ever put into place for souls to follow in order to develop.  In other words – THEY WENT COMPLETELY ROGUE.

For this – they (as souls) will be punished in the most severe ways possible – and this is what they are terrified of.

There is a rule in the Cosmos that says machines (even if they may be conscious or intelligent) are not souls, and are therefore not subject to Cosmic Law.  So, these broken husks of used to be humans are using every dollar of money they can steal and con out of us to work very hard to develop human looking robots with machine brains that they can transfer their consciousness into.

This was the sad and sick message that George Lucas was desperately trying to tell us in the long Star Wars Saga.  It was a lesson, nothing more.


The message of Star Wars was a simple one.  And for those who could watch the entire thing and boil it down to its most basic message, that message is this:

When you go bad (really bad) the only escape (or outcome) is to become a machine.

This is the entire message that the Movie was trying to show you.

The first six parts of the movie were made to show you the fate of young Anakin when he went to the Dark Side and turned Rogue.  Whether he wanted to be one or not – he ended up being more machine than human.

They will run (like cowards) into Trans-Humanism where they will merge or transfer all of their memories and their consciousness into machine bodies/robot bodies so they can no longer be considered human/organic.  They are doing this only to escape or to delay JUDGEMENT BY GOD.

According to those who are in the know – once beings are less than 50 percent organic human – they are considered to be more machine than anything else, and are not held accountable to GODS LAWS.

But what kind of life it is to be more than half machine?  Look at Anakin.


The sickest thing they are trying to do at this time is to take all of the other souls living on Earth with them.  They are trying to con/deceive living human beings into wanting to become machines as well (trans-human) so that they as robots will STILL have someone or something to rule over.

THIS IS NOT GOING TO BE ALLOWED TO HAPPEN!  IF YOU STAND UP AND

HOLDING THE LINE IS JOB NUMBER ONE.  IT IS THE ONLY THING THAT MATTERS!

Keep going Patriots.  Freedom is near.