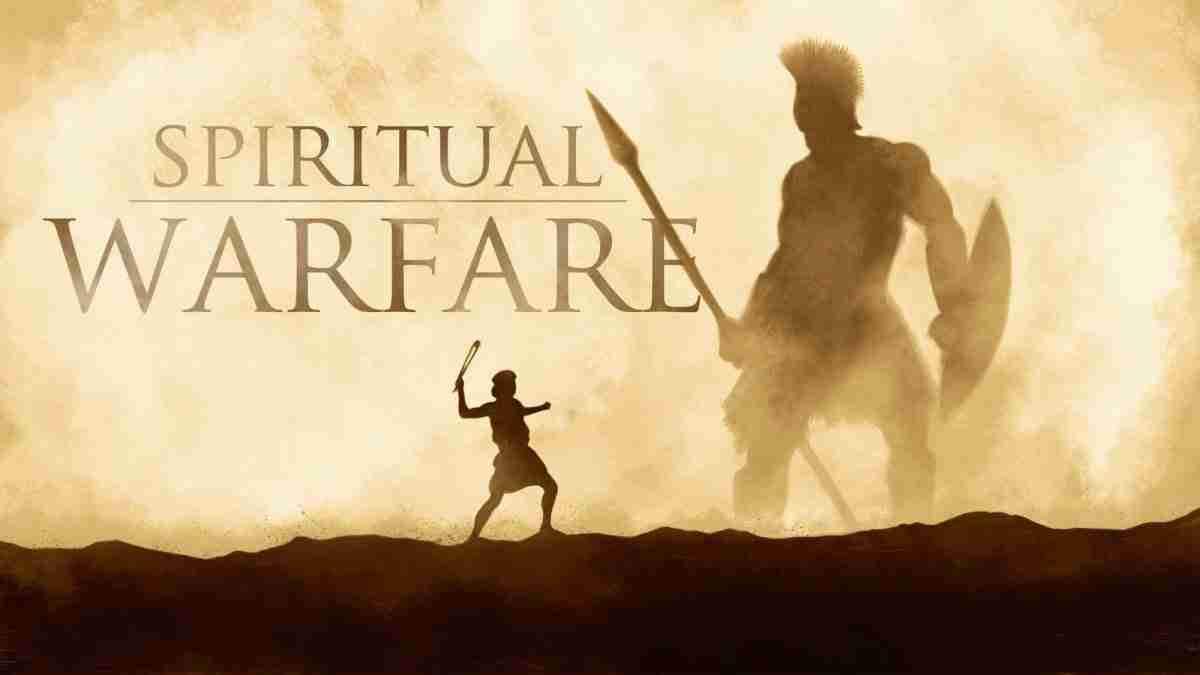 BY NOW, IT HAS TO BE CLEAR THAT WE ARE IN A SPIRITUAL WAR

If you have not yet come to this conclusion – then I’m sorry to say that you are NOT really awake at all.

This “war” is not about right vs. left, or about liberal vs. conservative – but it is about “GOOD” vs. “EVIL”!

I honestly believe that this is one of the many reasons for the great delay in sorting all of this out from the point of view of the White Hats!

Too many of us just do not see, and do not want to “see” what is really going on around us.

It “HAD” to be this way because so many people from around the world – (which also includes the New Ager’s and many Christians) simply can not believe that the problems we are collectively facing are this big.

Even worse than this, too many have simply been programmed to believe that “evil” does not exist.

Well, if you believe that evil does not really exist – then how can you recognize pure evil when it is standing right in front of you?

There will be an extreme cognitive disconnect within the minds of any people who have chosen to believe that evil does not exist – and thus they will be very confused about how they will define actions and behaviors that are truly evil – when they are faced with them!

The New Age was always meant to disconnect us from reality and to place us into “reality bubbles” that were very disconnected from what was happening all around us.

We were supposed to go into extreme disconnect mode the very moment we saw evil taking place and to PRETEND that we were not seeing it.


In this way – we would be POWERLESS to make any real changes to what was happening in the world around us and we would actually be LED by the “evil” instead of by the “good”.

Their “main ideas” – or their primary teachings from the New Age point of view were that we are all one – and therefore there is no such thing as evil – and that we should NEVER judge anyone for anything they do no matter what.


There is an extreme problem with this philosophy of course in that it allows the worst among us to basically RULE over the rest of us by default.


There is your “ONENESS”

We all are compelled to become “ONE” with the darkness – and that is exactly what these Satanists have always wanted when they wrote these New Age Books that told us all to never judge anyone or anything.

These New Age teachings are very important (we were told) – so that we can all “ASCEND” into the higher dimensional levels!

You see, we were told that if we did indeed – “judge anyone” or “judge anything” – we were informed that (sadly) we would never be able to ASCEND – or be able to escape from the 3rd Dimensional Level!

Since most New Ager’s badly wanted to escape out of 3D – they willingly went along with the idea that they should simply always be silent – and should NEVER judge or get involved with what was actually happening around them.

Naturally, the effect of this was that the entire society and culture moved toward the darkness very quickly because only ONE VOICE was out there saying anything, and that was the voice of the Luciferians.

One of the primary reasons that these teachings were put out in the first place was to convince us that “WE” could somehow earn our way into the higher levels merely by taking no “bad actions” – while completely ignoring that we also had a supreme duty and responsibility while living here on Earth to do as many “good actions” every single day that we possibly could in order to help others.

EDMUND BURKE SAID IT THE BEST: 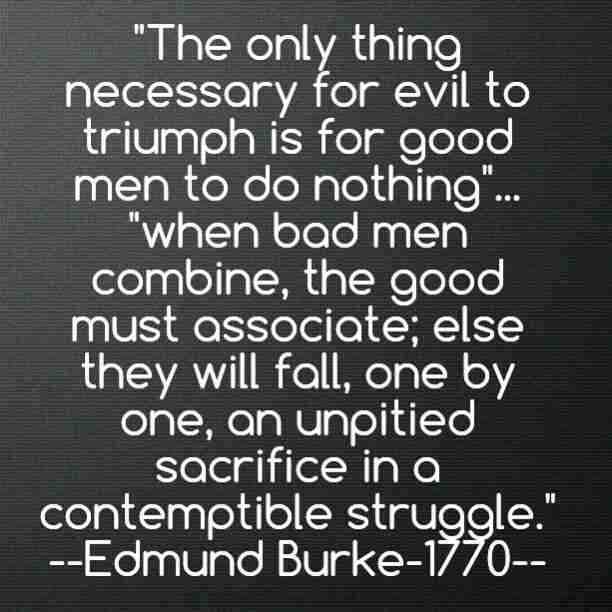 NEW AGE BOOKS WERE ALL ABOUT EMOTION – NOT ABOUT LOGIC

Think Logically – why would people take ANY good actions while living here on the Earth, if they were taught to believe that there was no such thing as good or evil, and that any action that they did take – would be the same as the next. (Good and Bad actions are both the same)


This is exactly what the Satanists believe by the way!

Please re-watch this video if you have not yet seen it:

There is lots and lots of proof of this if you are only willing to open your eyes and LOOK! 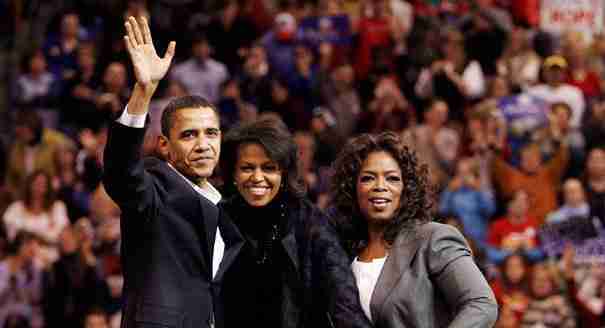 Slick and impressive packaging is one of the hallmarks of the Luciferian/Freemasonic Brotherhood.  They use seemingly friendly people to present a “friendly face” to their MIND CONTROL and their PROGRAMMING MESSAGES.

Oprah Winfrey is a BILLIONAIRE!

No woman (White or Black) could ever have made that kind of money unless she was intimately “tied in” with the Freemasonic/Luciferian Agenda for the world!

She was being willingly USED by those behind the curtain – and thus profited in a huge way from it. 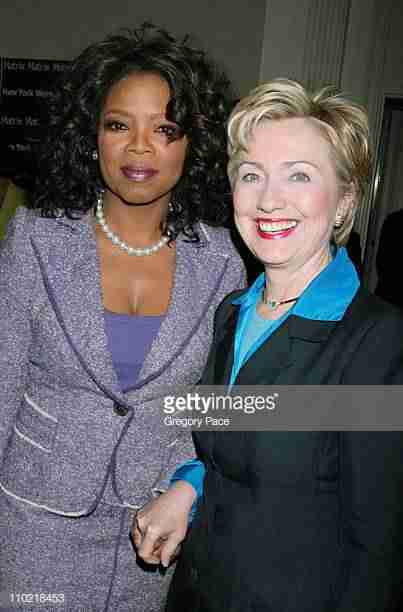 In the early days of her TV SHOW – it was Oprah’s “job” to present Hillary Clinton to everyone in the world as an “upstanding” and love-able person who wanted “good things” for all Americans.

Oprah had Clinton on her show MANY TIMES. 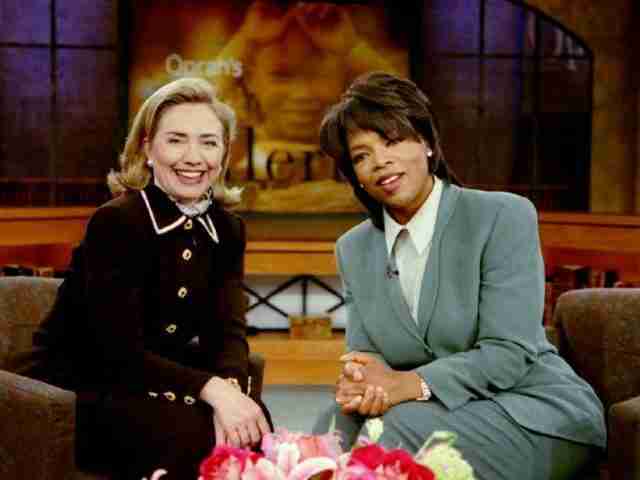 The problem here is that Hillary Clinton was anything but upstanding – and was a part of the much larger Global Take Over Agenda.

Hillary had deep connections to both Witch Craft and Satanism.

It was ALSO Oprah’s “JOB” to seduce people from all around the world with NEW AGE TEACHINGS and NEW AGE BOOK WRITERS including this one: 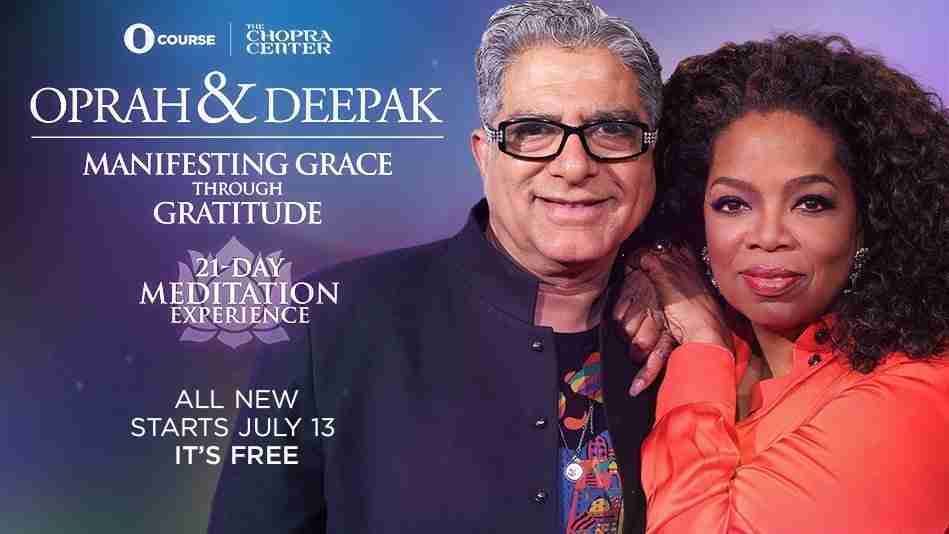 If “OPRAH” was seen standing next to you – then you “must” be good – isn’t that right people?

The problem here is that people just took anything that Oprah said and did as being GOOD and WONDERFUL without looking into it.  Most people have absolutely not a single clue about what the New Age really teaches. 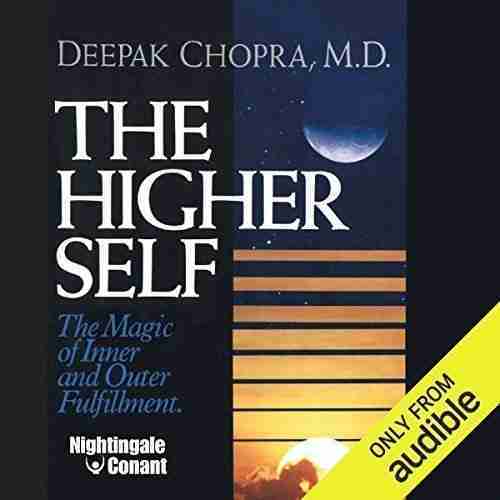 One of the most important teachings of the NEW AGE (and of Satanism as well) is that “YOU” are a God!

Thus, all New Ager’s are taught to pray to their Higher Selves – and not to the true GOD who is the Great Creator.  Yet, if you look closely at the cover of this book above, it is filled with Egyptian/Pagan/Satanic Symbols.

It has the rising sun – AND – the moon together, as well as the word “MAGIC” is also very prominent on the cover.

This is NOT just about Gods & Goddesses here people – the real and true meaning of these symbols goes FAR DEEPER. 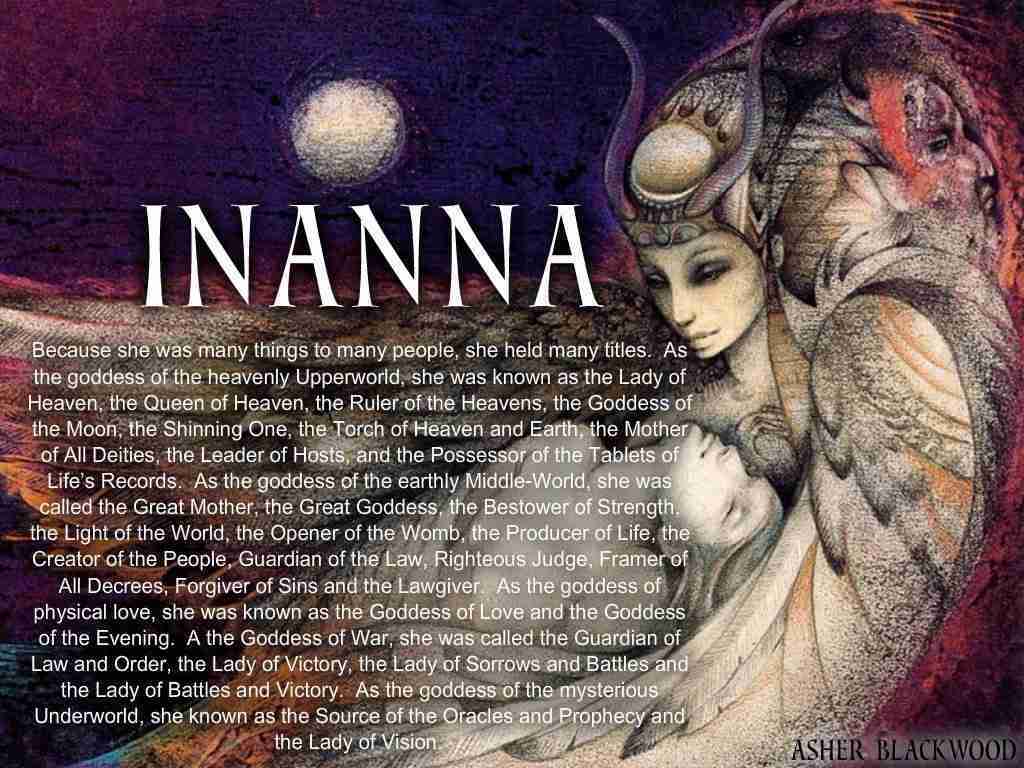 
The Cresent Moon represents the woman’s sexual parts (or the womb), and the sun is the “god” that is being born out of her. 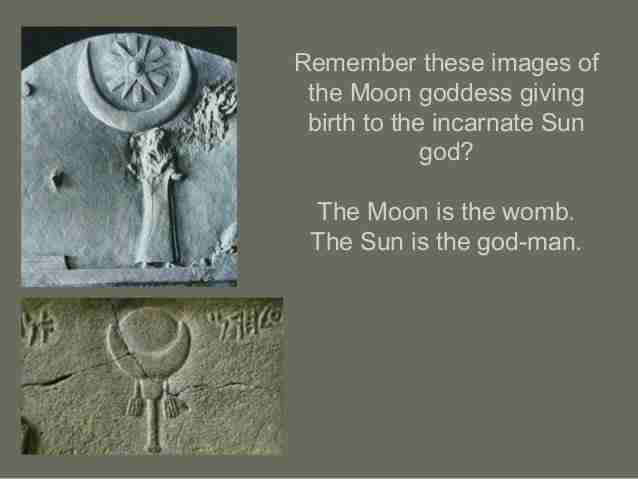 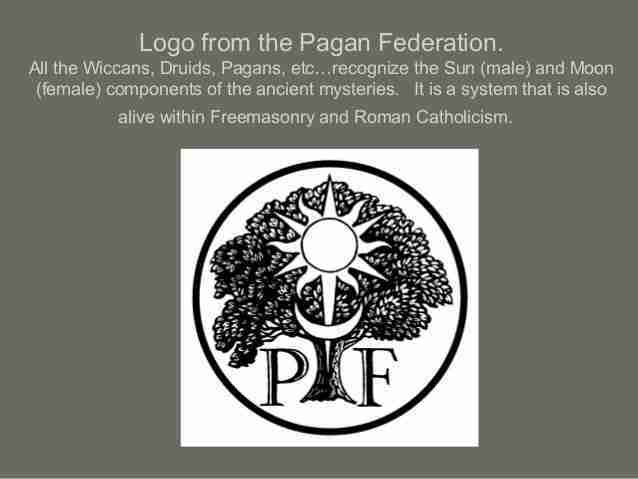 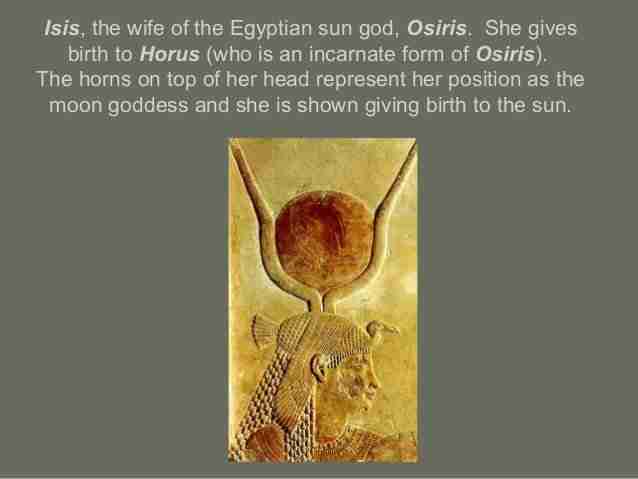 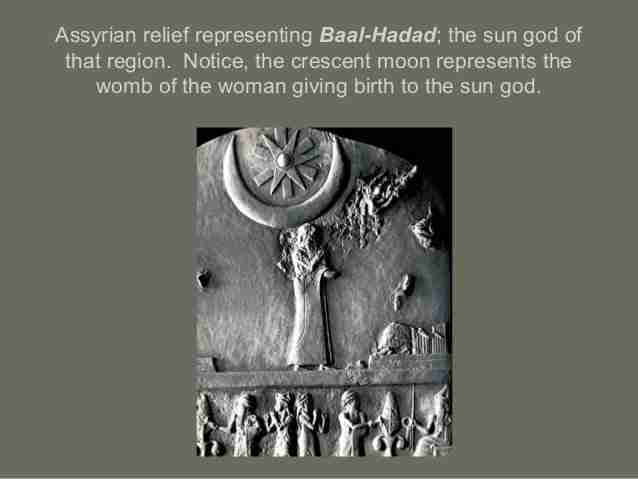 This is why everyone (and I do mean everyone) who truly understands what the HIDDEN MEANINGS of the New Age is, and what their symbols are all about – end up WORSHIPING THE SEX ACT!

This is one of the many reasons that Trans-genderism, Gay Pride, Pedophilia, and all kinds of deviant sexual things are very literally being “Worshiped” in the Main Stream Media as very cool, hip, and acceptable.

Anyone who dares to disagree with this is banned/censored/marginalized/attacked.

This is an OLD/ANCIENT religion that worships SEX.  (And MAGIC)

THIS IS WHAT IS REALLY DRIVING THE – “NEW AGE MOVEMENT”

Please see this on Telegram:


However – before that could happen – people had to be “programmed” not to JUDGE anything first! 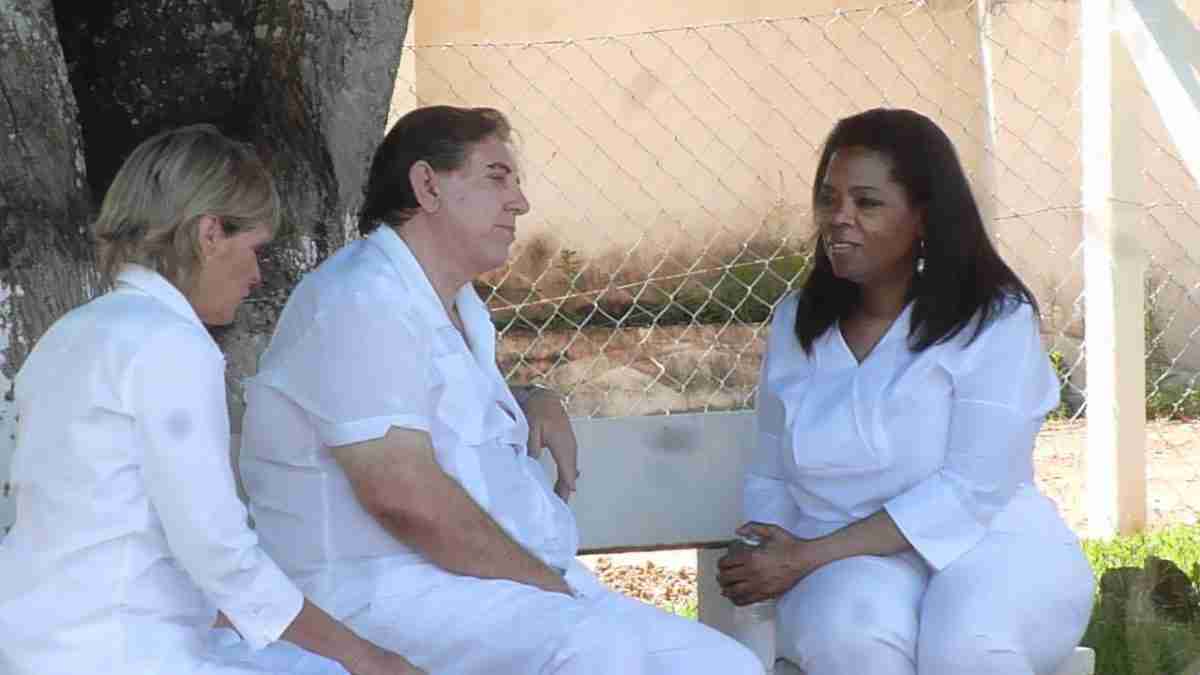 John of God was supposedly a SPIRITUAL CHANNELER and a NEW AGE HEALER – but was caught running a “sex farm” in Brazil where very young girls were being held against their will and impregnated.  It was like a baby making farm and a child trafficking center.

Another very prominent New Age pusher – Dr. Wayne Dyer – claimed publicly that “John of God” somehow healed him from an illness in order to promote him even more.


Dr. Wayne Dyer was also a huge pusher of the New Age.

Dr. Wayne Dyer and Oprah Winfrey discuss his John of God Healing and “Wishes Fulfilled” on OWN

Interesting that Oprah has ties to at least 4 child traffickers:   John of God, Weinstein, the Clintons, and Epstein.

But that is not the ONLY stuff that Oprah is involved in.  She is also deeply into EUGENICS – which ties her to Bill Gates and many other GLOBALISTS who want extreme population reduction.  Her ties to EUGENICS ties her not only to Bill Gates, but to Big Pharma as well as Vaccines and Vaccine Mandates. 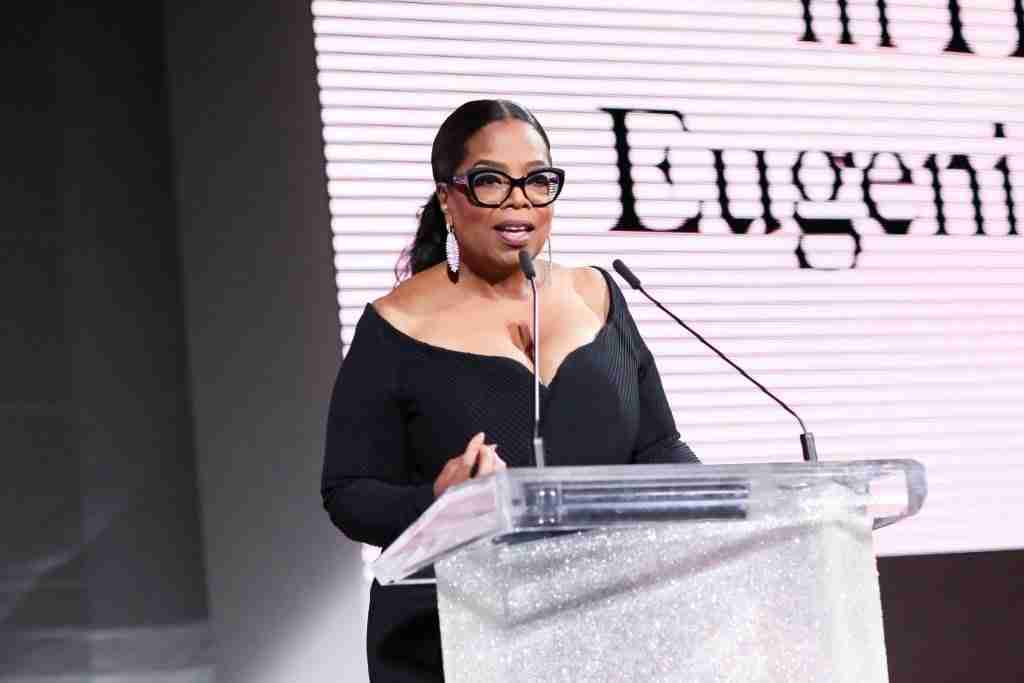 Here at the Grammy’s is Michelle Obama (Big Mike) pointing down to hell when one of the woman on stage asked the question:  WHO RUNS THE WORLD….

ALSO – it was Michelle Obama (Big Mike) who created and started DRAG QUEEN STORY TIME in local public libraries where very young children would be read books by men dressed up as women.

They were not just pushing Drag Queens – they were pushing SATANISM AS WELL. 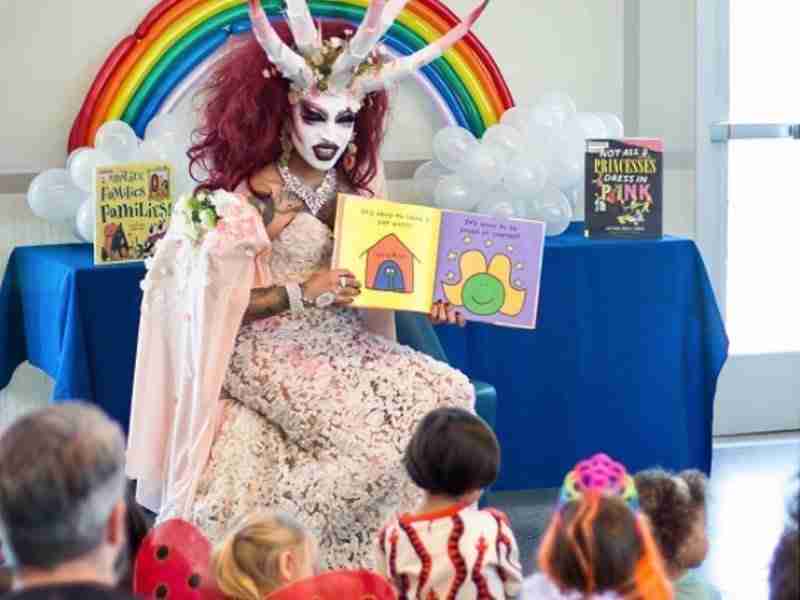 And now many children can be seen marching for GAY SEX and GAY PRIDE and promoting ADULT/CHILD SEX – which was always the extremely HIDDEN purpose of the New Age Movement in the first place.

THANK YOU TO ALL WHO COME HERE TO READ