HOW I AM GOING TO PROCEED….

I’ve said it many times…, there is NO shortage of things to write about!   In fact…, sometimes I think that I could write until the tips of my fingers start to bleed on the keyboard…, and it STILL WOULD NOT BE ENOUGH!

Because we are in the middle of an INFORMATION WAR!

And sadly…, there are precious few who have come to the fight…, on the side of GOOD!

I really mean that!

In my opinion…., not a single NEW AGER who is running a blog…, (or a web-page) is fighting on the side of GOOD…, simply because they are “convinced” that there is no such thing as EVIL!

So…, they are half in and half out of the fight, and not really “fighting” at all!

They are paralyzed…, and are at least half of the time, actually SUPPORTING the Luciferian take over of planet Earth rather than “fighting” against it.

By saying this…, I am not implying they are not fighting physically…, as I said…, we are in an INFORMATION WAR, so this is NOT a physical battle.

So what I mean to say is that they are not fighting with ACCURATE INFORMATION!

Once again…, if one sincerely “believes” that we can all have our OWN TRUTH…, then why in the world would anyone bother to challenge or put up a fight against those who are spreading abject lies?

DECEPTION, HOWEVER, IS THE VERY KEY TO THIS ENTIRE BATTLE!

The Illuminati stacked the deck decades ago when they started to “teach” our young and impressionable youth that it was “OKAY” to have your own truth…, and that there was NO SUCH THING as good or evil!

They KNEW that this information war was coming!

And they ALSO KNEW exactly how to corrupt, wound, and disable all of the future fighters of the information war!

All they had to do is to “pre-program” the youth…., (decades before the battle started) with poisonous teachings which would effectively immobilize them and keep them from even FIGHTING on the field of battle.

After everything you have learned about the Illuminati…, the Draco…, the Grays…, and Time Travel…, have you still NOT LEARNED…, how easy it is for these Satanic Beings to plan decades (if not centuries) into the future?  Remember, they are very long lived.  They may live thousands of years.  A century of planning is not a big deal if you live that long!

This “field” of battle is not a physical place…, but is taking place (as we speak) on the INFORMATION HIGHWAY.

It is taking place within the Media…, and on the Internet!

Just as Commodus does in the Hollywood movie called the GLADIATOR…, where before he comes out to fight his opponent…, he secretly STABS Maximus just before the battle so as to wound and to weaken him…, and thus he has a very, very UNFAIR FIGHT! 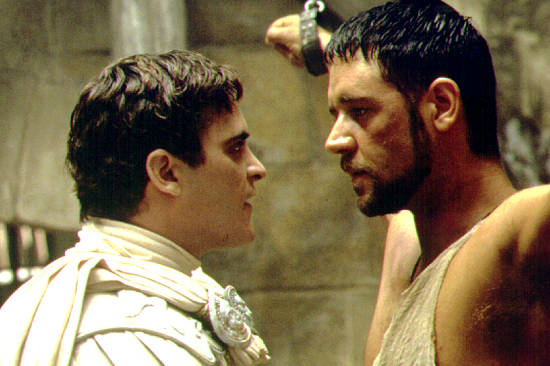 The DRACO are no different than Commodus!

Luciferians do not believe in fairness or in justice!

They only believe in winning.

And so YES…, they seek to wound, immobilize…, and poison their enemy – WITH FALSE TEACHINGS – before the battle even starts!

The DRACO do not really want to destroy you…, they want to USE YOU!

They want you to “act” and “to behave” in ways that will help and support their agenda…, which is a DARK LUCIFERIAN AGENDA OF CONQUEST!

So…, they do not want you to die…, but instead…, they want you to BELIEVE THEIR LIES and THEN BEGAN TO ACT IN WAYS THAT SUPPORT THEM.

This agenda has no room for Freedom, Free Will, Free Thought…, or Free Expression.    It is not of GOD…, but of DARKNESS!

It is a totally hived reality where (in the end) you will either do as you are told…, or you will be taken out!

SO HOW I AM GOING TO PROCEED!

Before I can “teach you” all of the things…, that I really want to teach you…, first I have to teach you right from wrong!

This is easier said that done

In my opinion few (if any) people actually understand what is RIGHT…, or what is WRONG any longer!

THANKS TO THE NEW AGE…..

Mark Passio (who does great videos) puts it in clear terms….

We (as a people) a Nation…, or a Planet, can no longer move forward unless and until…, we are CLEAR on what is “right” and what is “wrong”….

If this can NOT be learned…, then NO ONE…, is ever moving forward…, and there will be NO SUCH THING as an ASCENSION!

What will most likely happen is a re-cycling backward to an earlier time where all of the lessons will have to be relearned BY EVERYONE all over again!

ONE OF THE MOST “INTENSE” BLOGS ON THE NET ?