HOW MUCH OF MITT ROMNEY’S “VOTE” TO IMPEACH THE PRESIDENT WAS ABOUT HIS MORMON FAITH ?? 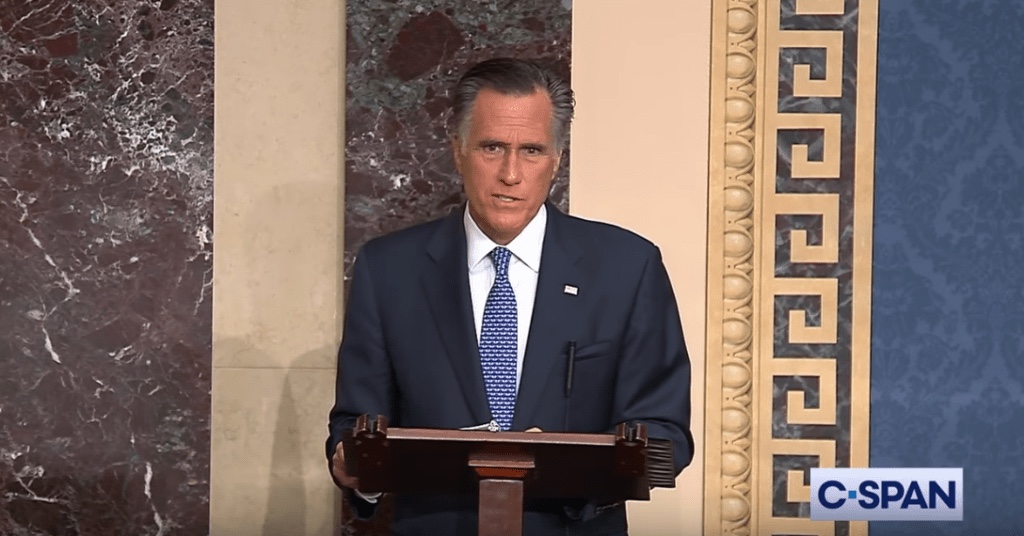 As many of you know – the “state” of Utah is the home of the Church of Jesus Christ of Latter Day Saints – aka THE MORMONS.

What many of you do NOT know is that Utah is now one of the largest and biggest manufacturers of huge “SPACE SHIPS” that are being used in the Secret Space Program!

Millions of “Mormon” workers are deeply involved in this monumental endeavor, because a big part of their Mormon faith is a willingness to keep secrets and therefore they are NOT disposed to tell the rest of the world what they are doing!

As we speak – President Trump is working very hard to bring the Secret Space Program under HIS control!

Mitt R0mney – and the entire state of Utah – is hugely benefiting financially from the Secret Space Program and the incomprehensible secrecy that surrounds the building of huge space ships that no one in America is even allowed to know about!

So the real question on my mind is this:

How much of Mitt Romney’s “decision” to impeach President Trump was based on his “Mormon Faith” that says he had to follow in order to do the “right thing”….

…and how much of it was based upon the TRILLION DOLLAR SECRET SPACE PROGRAM INDUSTRY that brings so much hidden money and wealth into the state of Utah – that the amount can not honestly be comprehended by normal Americans?

What no one has bothered to ask – because they have no clue that it even exists – is what would happen if President Trump was trying very hard to expose the Secret Space Program – bring it under his control – and end all of the secrecy?

Why is it very suddenly (out of the blue) being suggested that the “PERFECT POLITICAL TICKET” for the 2020 election would be a “John Kerry/Mitt Romney” ticket where Kerry is a Democrat and Romney is a Republican?

They are calling it “THE UNITY TICKET” – but what kind of “Unity” are we talking about?

THE GREAT CON OF MAN – THE END GAME – PART THIRTEEN

WHAT TO DO ABOUT THE INSANE “STATE” OF CRAZY-FORNIA