HOW THE AGENDA GETS PUSHED

This is not “rocket science” people!

All you really have to do is to “watch” and to observe what is happening WITHOUT having any “sacred” beliefs…, or what I call “sacred cows” that you are unwilling to let go of!

If you can simply watch what IS…, and disregard your own bias…, you will SEE what is happening in the world for what it truly is.

The problem with “real seeing”…, is that so many people will NOT let go of personal bias…, and their “cherished beliefs”.

The idea that Barack Obama was somehow a “high soul” is a specific case in point!

Tens of thousands of New Ager’s were very literally rendered mentally “inert”…, and 100 percent incapacitated…, simply by their unwillingness to consider that he was lying to them.

Obama (as a good soul)  was the “sacred cow” that they just could not let go of!

Where did these “cherish beliefs” come from??

New Ager’s thought that just because some “unseen entity” made a CLAIM (unsubstantiated as it was) that Obama was “of the light” and “for the good”…, then it MUST be true.

To thinking people like myself…, this is (of course) RIDICULOUS!

Now, to add insult to injury…, we have this story from InfoWars.com reporting that Obama is so “proud” of himself…, that he awarded himself a medal! 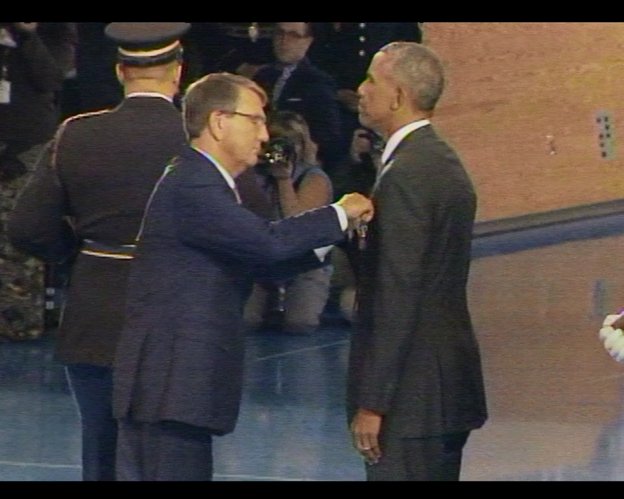 This is the kind of thing that ONLY a Egotistical maniac would do.  Tell me honestly…, WHO in their right mind gives their own self a medal??

Maybe I should give myself a medal for MY service to humanity!

Yes indeed New Ager’s…, your “high soul” is so great, and so wonderful…, he has to HONOR himself!

But what about HIS LIES??

*Bath house…, (as in Gay Bath House) where gay young men go to have sex with each other.

As I’ve said…, this is NOT ROCKET SCIENCE PEOPLE.

You just have to be willing to let go of “sacred cows”.

So here is what this article is really about…, and that is HOW the powers that be…, are furthering their AGENDA!

They do something totally corrupt and then…, then…, with a smile on their face…, and in a LOVING way…, they tell you it was NOT corrupt.

And…,  naturally….,  foolish New Ager’s who only “judge” information on how nicely and lovingly it was said…, always FALL for the lie.

The powers that be have discovered that all they have do is say:

“I love you dear one”…., in the moments just before they lie to you…, and if they do…, most people will accept the lie!

Its actually quite “Mary Poppins” when you think of it.

Just a Spoon full of sugar helps the “medicine go down”…..

Nothing Obama says can be trusted BECAUSE he is a known liar!  Why would anyone still breathing listen to him concerning anything?

It’s really beyond me…, except for the fact that I know they are holding on to SACRED COWS!

Someday (MAYBE) New Ager’s will actually BECOME “Spiritual”…, instead of only thinking and claiming they are spiritual!!

THE NEWEST “CON” ON THE BLOCK!

FOX NETWORK GOES EXACTLY WHERE I SAID THEY WOULD

He’s a legend in his own lunchtime.

[…] HOW THE AGENDA GETS PUSHEDby lovetheworld77 This post belongs here in this spot because of its commentary on Obama? […]