HOW TO DIVIDE, OR, CREATING POLARIZATION – 101

There is an old saying that goes something like this:

IT TAKES TWO TO TANGO….

And…, when it comes to the “dance of division”…, there has to be a left side and a right side!

If you’ll remember this photo… 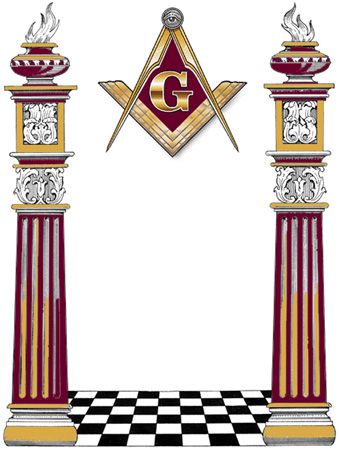 They represent POLARITY!    This is a Freemasonic symbol which tells us all about DIVISION…, and how to DIVIDE!

Just like the posts or pole on a BATTERY…, you need a positive and a negative side, in order to draw a “charge” from the battery.    In order to get a “really good charge” you need huge POLARITY or a good DIVISION between right and left…, good and bad…, right and wrong.

This is how human beings are being PLAYED OFF of one another!

The MAIN culprit in this game of polarization is:

As written in my article of yesterday…, LYING TO OTHERS…, is one of the best and easiest ways to create great polarization among people.

Make NO mistake about it…, lest you think that LYING is something insignificant!

There is nothing insignificant about telling LIES

WARS HAVE STARTED AS A RESULT OF TELLING LIES

Does anyone remember the “Weapons of Mass Destruction” LIES that took many countries to war in Iraq??

Do you even know how many countries went to war…, or how many people died as a result of those lies?

There were lies told that got the USA into the fighting of both WWI and WWII…, as well as Korea and Vietnam.

PEOPLE DIED AS A RESULT OF THOSE LIES

It takes a real devotion to a Satanic Idealism to knowingly LIE to others in order to steer them toward an AGENDA!

The Satanists want a NEW WORLD ORDER…, under their “loving god” LUCIFER.

In order to get that NEW WORLD ORDER…, they have stated many times…, this axiom:

IN ORDER TO MAKE A GOOD OMLET, YOU HAVE TO BREAK MANY EGGS!

That is all it is to them…, the END justifies the means!

The only way to get a NEW WORLD ORDER is to 100 percent Completely DESTROY the “Old World Order”…., and that means WW III and the wiping clean of the Earth and her people!

The ONLY way to achieve that is through DIVISION…, or POLARIZATION!!

Division and Polarization are created MOST EFFICIENTLY AND QUICKLY through DECEPTION!!

The MEDIA…, is therefore the bringer of this DECEPTION! (Polarization)

This makes them not only YOUR ENEMY…, but the ENEMY OF ALL LIFE ON EARTH!

Most of these very high paid weasels are in fact members of SECRET SOCIETIES and have sworn allegiance to the NEW WORLD ORDER!

When Donald Trump attempts to point this out to you…, he is telling you the TRUTH!

He is not crazy or insane or any other thing…, he is right on the “money” and also actually trying to help you understand.

THE NEW WORLD ORDER can only come to be if  the USA and RUSSIA go to WAR!

GET THAT THROUGH YOUR HEADS…, and next time you hear any of the MEDIA telling you that RUSSIA DID IT…, stop right there and think for a moment what the media is attempting to do!!!!!!!

Lying is not something INSIGNIFICANT as you might think!  It is the most dangerous thing there is!  Lying creates polarization and fears and CAN and HAS started great WARS!

LYING to others IS 100 percent EVIL!

Think about this next time you see a NEWS ANCHOR LYING TO YOU on television and are so willing to cut them some slack!

YOU CAN’T LIE TO PEOPLE…, AND THEN CLAIM TO CARE ABOUT THEM

AND THEN…, THERE WAS “SWEDEN”

How right you are Bradley. Just to illustrate your point on the lying media. My homeland Rhodesia was badly depicted in the international press. I remember a British press photographer taking pictures of black people taking a lunchtime nap on the lawn in Church Square, Salisbury. Circa 1975. The caption in the published photo in a leading UK newspaper said something to the effect: Racists white police shoot black people in Salisbury. Or when the photographer with a bag of candy offers children sweets and soon many more show up wanting candy. He drops the bag of candy into the rubbish bin and children scramble to retrieve it. That’s when the camera is in action. The caption for this set of pictures: Starving black children scavenge in dustbins for food under the racist regime in Rhodesia. Or words to that effect. Rhodesia is now called Zimbabwe. It’s capital now called Harare and the country’s president Robert Gabriel Mugabe (Educated at a Jesuit mission by the way) is celebrating his 93rd birthday after a dictatorship since 1980. The country is in ruins. Totally devastated. Of course the treachery and betrayal of foreign powers had a hand in this scenario. Lies destroy!

Hi Bradley,
have you read Ben Fulford latest article yet?
He has stated something about a summit in Dubai
in the last days. I believe it is significant to understand
why it is in connection with an Palmyra-arch but
I am unable to combine the dots.
Thank you for your statement.