I could not have said this better!  This guy gets it! – Bradley 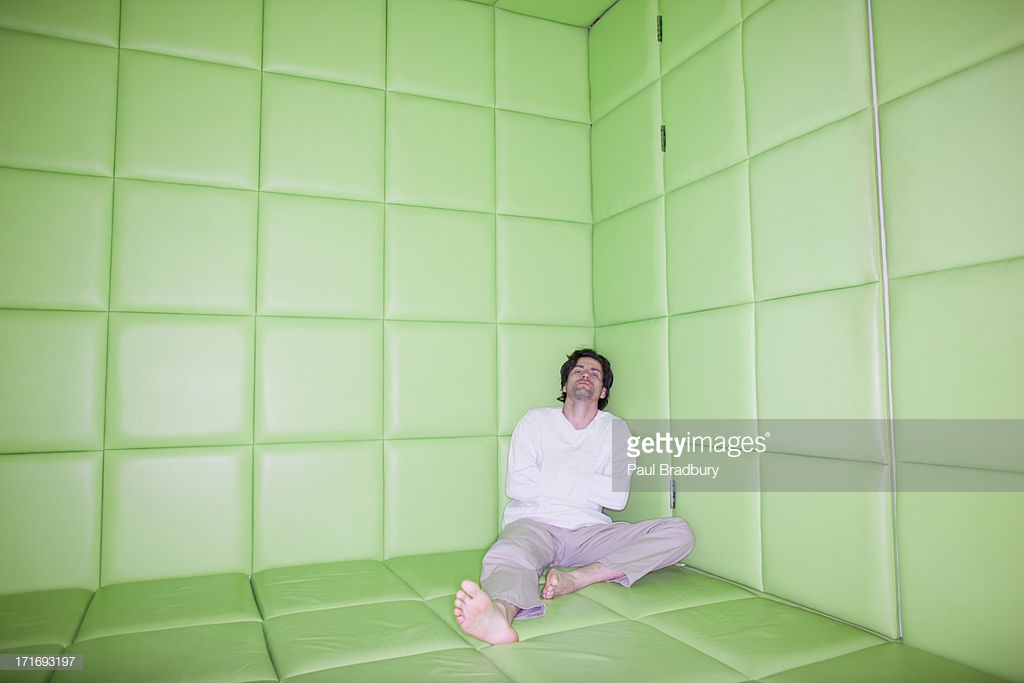 If you take your cues from society, (education, mass media) you will become dysfunctional or insane. This is how a satanic cult controls and exploits its members — by making them sick (while convincing them their sickness is normal.)

–
If you want to figure how to live, and why, you would not seek answers in a mental asylum. You would not devour speeches, books, and films written by inmates.  This is the case with a bankrupt culture.
–
If you wish to escape the ravages of modern life, you must understand mankind is satanically possessed.  We have been inducted into the lowest ranks of a satanic cult based on Jewish Cabalism, the Illuminati (i.e Freemasonry.)
–
–

Essentially Cabalism is about turning the natural and moral order upside down (i.e. “revolution”) so that evil is good, lies are truth, sick is healthy and unnatural is natural. The goal is to replace God (the Creator’s Design) with Lucifer who represents the interests and perversions of Cabalists.

The Cabalists’ main priority has been to gain a monopoly over our means of perception, the mass media. Cabalists do not believe in objective reality. They believe that reality is whatever they think it is.  They invent reality (“fake news”) and go so far to create fake terror events which they present as real. They cannot distinguish between truth and fiction.  Because of this, “imagination” is a highly overrated and unreliable source of truth, and a bad substitute for mystical experience.

Satanists, they turn reality on its head. They present what is healthy and natural (e.g. marriage, family, heterosexuality) as unhealthy while what is sick (e.g. homosexuality, transsexuals) is taught to school children as natural and healthy. Sexual promiscuity is presented as “liberation.” Hollywood has warped our perception of sex and love from the beginning. 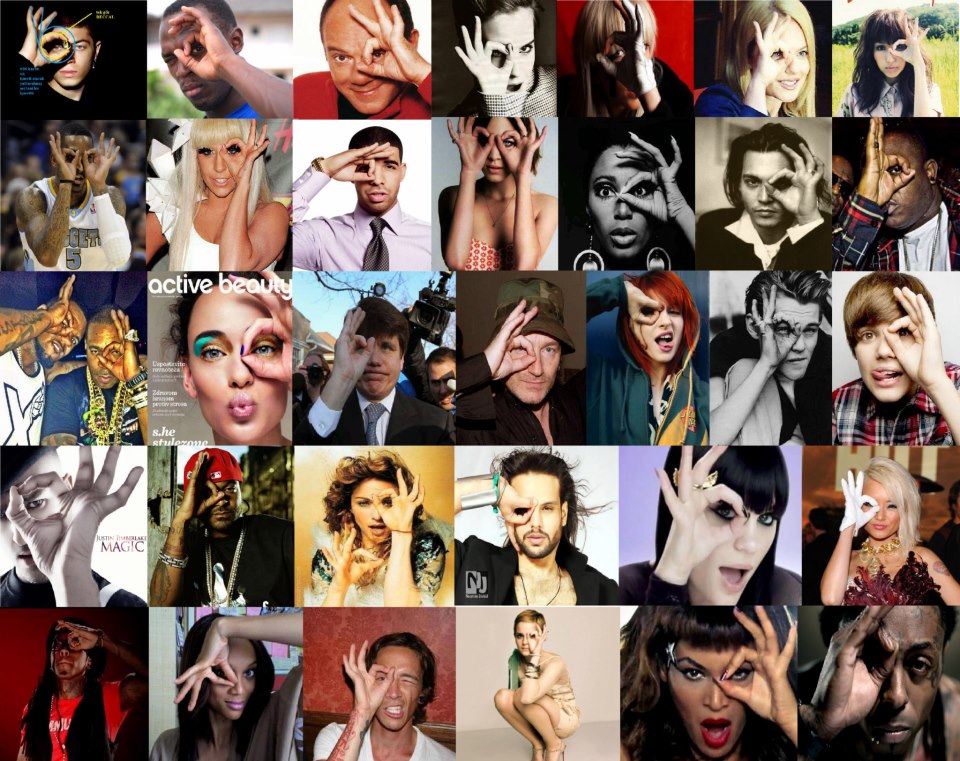 We live in a Cabalist solipsism, a world of “imagination.”
–
Our TV shows, music, and films are the products of someone’s feverish imagination. Writers-producers need a regular payday. They pump this bilge from their subconscious. They are not real artists. There is little that is recognizably human, that we identify with and makes us feel good about being human. When was the last time you were inspired by a TV show or movie? This was more common a generation ago.
–
Western cult-ure is a broken record playing “sex-money-power” until the end of time. Add occultism, discrimination and sexual abuse for a little spice and you have a recipe for eternity.  We do not have genuine creativity or freedom (of expression.)
–
We have de facto Communism.
–

Political correctness is a Communist term. Satanists hate truth, i.e. reality. The masses are living in a fantasy world.

EVIL
–
Why would successful Jews like Weinstein or Louis CK behave in a such a degenerate fashion? Why would they think a beautiful woman would want to be sexually molested or watch them masturbate? Some people think it is because they are risk takers. No.
–
It is hard for good people to comprehend that there are people who deliberately set out to do evil. They worship Satan and degrading themselves and harming others is how they do good. This is “progress” to the Freemason and Cabalist Jew.
–
I am not speaking from a Christian or Biblical perspective. I am from a secular background. The difference is that I recognize, in secular terms, that God is the magnificent moral and natural order governing the universe.
–

God is Ultimate Reality. Fulfillment lies in discerning the Divine Will not flouting it. The Illuminist denial of God is a rebellion that cannot be won but they’ll create mayhem trying.

TEN SIGNS WE ARE SATANICALLY POSSESSED

The Illuminati have been waging war on humanity for hundreds of years but because they control perception, the goyim don’t know what has hit them.

The following examples are evidence of this war today:1. The exaggerated place of romance and the sexual objectification of woman. Essentially, romantic love is a surrogate religion. The loved one has replaced God as the object of our love. Almost all music is devoted to extolling her imaginary qualities, adoration mostly motivated by sexual attraction and need. Society has an animal fetish for young fertile females. The vagina is the Holy Grail. Orgasm the Holy Sacrament. The result is a mass psychosis, co-dependence, and male impotence.

4. Gender-bending – the relentless media promotion of masculinity for females & femininity for males is Occult.   “Gay rights” is a disguise for a vicious attack on heterosexual identity and values, based on marriage and family. The aim is to replace heterosexual norms with homosexual norms. This has already happened. Look at what has happened to “dating.” Courtship has been partly replaced by “hooking up.”  Charities openly discriminate against boys and promote female empowerment in order to destabilize traditional cultures. Homosexuals deny their own sickness by making it normal. i.e. making everyone sick.

5. Incessant wars have no purpose other than to increase the wealth and power of the Illuminati and undermine nation states. All wars are contrived by the Illuminati to kill off natural leaders and demoralize, degrade and destroy humanity. Ironically, they are used as an excuse for why we need Illuminati “world government.”

6. Naturalism. Erasing the line between spirit and matter by pretending man’s Divine spirit doesn’t exist. Characterizing people strictly in terms of physical lusts and needs with a reductive focus on carnal desire and bodily functions.

7. The dumbing down of the public through sports, entertainment and a defective education system. The espousal of collectivist over individualistic values. Modern art, including painting, film and music, border on fraud.

8. The pervasive idea that Truth is relative and cannot be known.

God is Truth.  Knowing and obeying God is the essence of religion.  The attempt to marginalize scientists who affirm a universal intelligence at work in nature. The general effort to make scientific results conform to “political correctness” i.e. Satanic coercion.

10. Multiculturalism, migration, and diversity are underhanded attacks on the European heterosexual Christian heritage of the West.
My whole website is devoted to this topic. The point is  —  mankind is satanically possessed by Cabalists.

Cabalists believe they must destroy society and create chaos in order for them to achieve hegemony i.e. the “return of the Messiah.”

Corruption, sexual abuse, satanic ritual abuse abound but no one mentions the cause- Freemasonry (Cabalism for the goyim.) All social institutions have been subverted: government, media, corporations, education, church, military.  The legal system and police are compromised.  We are witnessing the imposition of Communism and the dehumanization of society.
–
There is no hope unless Western society expunges Cabalist Judaism (Freemasonry) and returns to its European Christian foundations. We were created in the image of God. True culture is dedicated to manifesting this ideal, which is what makes us “human.”
–
We become what we worship. This is why Western society is becoming toxic.
Share LoveTruthSite !

MORE DIRTY TRICKS FROM THE DEMOCRATS AND THE DEEPSTATE – BEWARE