I CAN NOT VERIFY THIS – BUT IT COULD BE OF INTEREST 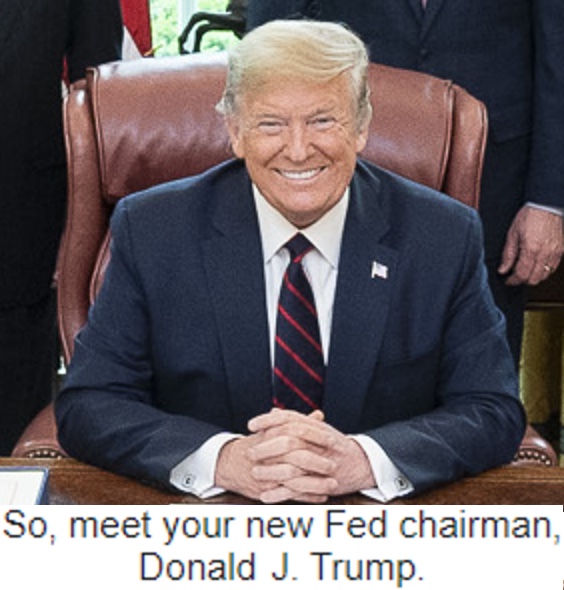 HAS DONALD TRUMP READ MY BLOG – AND DOES HE KNOW WHAT WE ARE UP AGAINST ??

From the time of the Bretton Woods agreement in 1944 gold and the US dollar were linked. The world’s largest supplier of gold from about the same time was South Africa. 85% of the world’s gold came from there. Strange thing was that under the economic theory of supply and demand the producers determined the value much like the OPEC countries who arbitrarily determined the value of oil.

In South Africa’s case the gold price was fixed by a group of men in a boardroom in the City of London. The price was $30 an ounce. So South Africa under the so called “Apartheid Government” had no say it seems in determining the value of the gold they mined.

Most of the South African gold ended up in Fort Knox. Until the assassination of Martin Luther King the world’s press did not demonize South Africa (..and Rhodesia who also mined gold). The moment that the US Civil Rights movement started getting a lot of press attention the media turned their vitriol on South Africa and started the campaigns of boycotts and trade embargos and highlighting the cultural divide between white and black people and racism. Never mind that the US with its history of slavery and race policies had a lot of work to do on their own home ground with regard to the race issues, South Africa was singled out to move the spotlight away from American issues concerning race. It was at about the same time that Nixon removed the gold standard (1971) and within a decade the gold value had shot up to over $700.

What a classic case of theft on a national level. South Africa sold its gold at a rock bottom price. Now the criticism and international attacks on South Africa’s political system was relentless.

When the last white president of South Africa De Klerk capitulated to a global and communist onslaught resulting in Nelson Mandela’s ANC take over in 1994 the economic landscape began its slow then rapid decline. Today the country is run by criminal kleptocrats and crime is rampant.

Having sold our gold on the cheap now we are being fleeced until the bones are picked clean.

So according to this snippet of information in this blog the gold of Fort Knox has disappeared.

Why am I not surprised?