SEVEN YEAR OLD CHILDREN DO “NOT” GET HEART ATTACKS

THIS BOY DID NOT HAVE TO DIE – DOCTORS KILLED HIM

Source of above image:


I tried so hard to warn everyone!  However, those who “knew” what the plan was – up to and including Bill Barr – had other ideas for the entire world.

If you click on the link above – you will find the “mirrored” series that I was furiously writing just before Federal Agents under the control of the DOJ came to my home, shot it to pieces, beat me within an inch of my life, and then arrested me as a “TERRORIST”.

This series – one that could have saved MANY LIVES WOLD WIDE – was never finished as a result.

It is a truth for which I was almost beaten to death.

Click on the above link, and please pay attention to what I wrote in PART THREE of the mirrored series on May 12, 2020

Here is what I wrote:

Have you figured it out yet?   Do you understand what “THEY” are trying to do here?

Have you figured it out?

IT IS STILL – AND ALWAYS (WAS) – ABOUT THE “VACCINATION” TO COME

Everything they are doing to you is meant to wear you down!  This is where the Dark and Evil Illuminati has succeeded every single time before now!

So, think logically!  HOW do they achieve that?  They achieve that by making your life as miserable as humanly possible!  They don’t care if it takes 3 months, 6 months or 12 months or longer!  THEY are going to continue to limit your freedom of movement and force you to keep away from each other and stay at home until you are BEGGING THEM for a solution!

When they think you are ready – they will offer you one!

Once you willingly get the vaccination – just watch how quickly they allow you to go back to life as normal!  Suddenly – social distancing will be a memory!  You will be hugging, sitting together,  touching each other in Grocery Stores – going to sporting events and plays and sitting cheek to cheek inside of stadiums…

ALL BECAUSE YOU WILLINGLY TOOK THEIR VACCINE!

THE CON HERE IS THAT YOU NEVER NEEDED ONE – AND WHAT THEY ARE GOING TO GIVE YOU WILL MOST LIKELY TRACK YOU FOR THE REST OF YOUR LIFE AND IF THEY CHOOSE – ALLOW THEM TO KILL YOU BY REMOTE!

Watch – Wait – I am right about this one!


It was far worse than just tracking you for the rest of your life or killing you by remote!  Instead, countless people started dying within days or weeks – and many others were having horrible and life changing side affects as a result of getting the JAB.

Most real doctors now agree that this was in fact a MASS DEPOPULATION EVENT.

Not that those who don’t know me even care in the least about what I wrote, or about the warning that I was trying to put out to the public mind you.  As far as they are concerned…

…Oh well, another “truth teller” was beaten, shot, jailed, so what else is new…

IT DIDN’T NEED TO HAPPEN THIS WAY

And now, after a full year of this JAB insanity, which I tried to warn everyone about, young children are dying of Myocarditus* all over the world.

1- Severe inflammation of the muscular substance of the heart.

Furthermore, Governments from all over the world are back-peddling their mandates in a desperate attempt to ward off what appears to be up and coming NUREMBERG CODE VIOLATIONS and NUREMBERG STYLE TRIALS for all Doctors, Nurses, and government officials world wide! 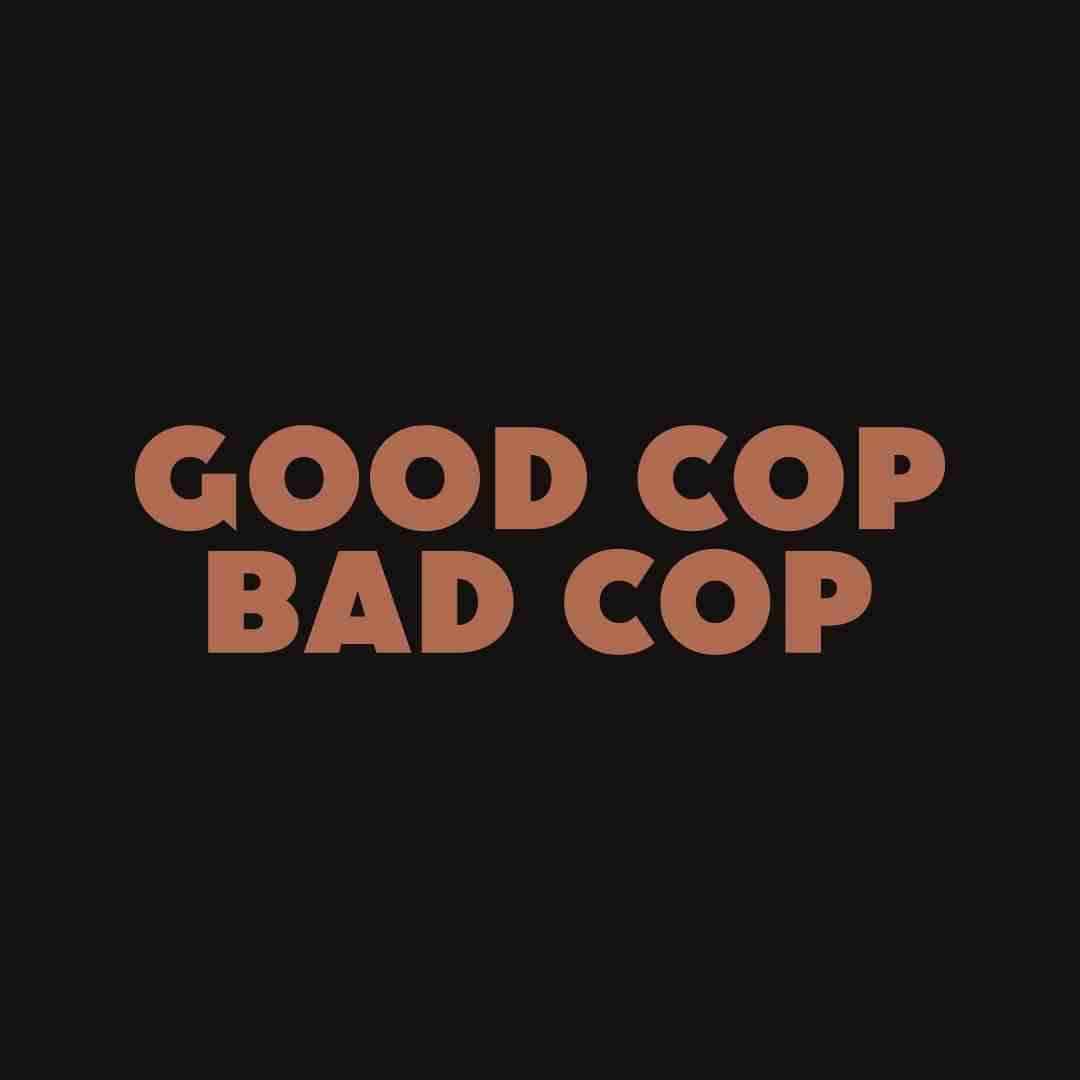 Instead of arresting me – the FEDS should have done everything in their power to help me to get the word out!  But they did not.  Instead, by silencing me, they aided and abetted in the medical “execution” of countless innocent men, women, children, and babies around the world who did not need to die.

For those of you who just don’t get it – listen up!  This is not just about what these monsters did to me – It is far bigger than that, because it is also about all of the people that I could have saved or helped, and what they GOT IN THE WAY OF!

It’s about a “domino effect” in Cosmic Terms!  This is about CRIMES AGAINST GOD AND AGAINST HUMANITY!


Maybe – just maybe – what I wrote in PART FIVE of “THE TARGETED” will now make just a little bit more sense for those insane officials who just can’t understand that unless someone is actively hurting other people physically or damaging real property – YOU LEAVE THOSE PEOPLE ALONE PERIOD!

In PART FIVE, I wrote this:

When you “target” an individual’s mind/brain, and then proceed to use torment and torture on that individual – you are actively engaging reality shifting tools (The Science of Harmonics) and then Time Shifting a very large group of people around that “target” into other much darker realities and dimensions.   (Cause and Effect).

YOU are engaged in ruining dozens – if not hundreds of lives in the process (in the case of normal people) – and you are ruining the lives of MILLIONS (in the case of Volunteer Souls).

You are now in direct violation of GODS HIGHEST LAWS – and you will be punished accordingly.

In the case of Volunteer Souls, souls with important missions on Earth – when you mindlessly “take them out” you are affecting huge swaths of the population of the Earth.  Therefore the CONSEQUENCES and the PUNISHMENTS that you will get (as a soul) for harming a VOLUNTEER SOUL – is far, far, far, far, far, far, far, far, GREATER, because they were sent here to do more.


ULTIMATELY THE MINDLESS MONSTERS IN THE AGENCIES AND IN THE GOVERNMENT HAVE THE IQ’s OF TWO YEAR OLDS.

I can think of nothing more cowardly, or more purely evil, than causing a TRUTH TELLER – one who simply wants to save lives – to almost lose his own, and then to be hurt so badly it takes multiple surgeries to save  his life.


By the way, “THEY” did not even have the vaccine out into the public yet at that time – and therefore no one – NOT EVEN ONE LIFE HAD BEEN LOST TO THE JAB YET.

And for those of you still crying about how COVID is a “real thing” – Get a grip!  It is only a manufactured version of the flu that was created in a lab and was very spreadable!  That is all.

The death rate for this flu was vastly over reported in the Media (meaning that anyone dying of anything world wide was labeled as dying of Covid, in order to get the numbers way up).

DOCTORS AND NURSES ALL OVER THE WORLD WERE COMPLICIT

I wrote in END GAME – THE GREAT CON OF MAN – PART THREE, that this JAB would not be used for any good purpose, and for everyone to please NOT get it.

The Holy Spirit (yes there IS a GOD) was simply showing me clearly at the time that I was writing this series what was coming down the road – and I was listening to these warnings, and then writing them down as a concerned human being.


Sadly, the very moment that I started writing about it, and metaphorically yelling from the roof tops in an honest and sincere attempt to actually save lives – I WAS LABELED AS A TERRORIST


Furthermore – the FEDS – the Arizona State Government – and the California State Government COLLUDED with each other in order to put a stop to my writing by pressing forward with a seven year old case ( a trumped up case that should have been dismissed years ago) and which took place as a result of a Barack Insane Obama Government Black Op that was a very (hidden) part of an ongoing: TARGETED INDIVIDUAL PROGRAM.


BUT WAIT – THERE IS EVEN MORE…

Now, as a result of following unlawful Government Mandates, almost ALL of these medical professionals – to include Countless Doctors and Nurses world wide – may in fact be held accountable for PREMEDITATED MURDER under the Nuremberg Code.

If I had been allowed to finish the  “mirrored” series properly – and had done so without any interference – many of these Doctors and Nurses may have actually started to ask some real questions – and many may not have participated in giving out the JAB at all.


The fallout of this one single ACTION OF PURE EVIL – with the taking down a single truth-teller, has had WORLD WIDE RAMIFICATIONS and -spelled-(black magic)– out disaster for countless innocent human beings who were thusly NEGATIVELY AFFECTED by all of it.


This is what is meant when I say “GOD” is watching everything.  “HE” sees it all, but allows for Freedom of Choice and for Freewill.

Allowing for your freewill however, does NOT mean that there will not be severe consequences for the taking of any and all actions by those whose very hands were the cause of immeasurable DAMAGE once those actions are taken!


You REAP what you SOW!

And there is not a single “Government Official” anywhere on the Earth who is immune, or who will not be PUNISHED by GOD for the taking of actions that went against HIS LAWS!


This also goes for all involved in Law Enforcement as well.

IT IS “TIME” FOR THE WORLD TO START LEARNING ABOUT “HARMONICS”

For what it’s worth to my readers, All my love…, and the LOVE of the GREAT CREATOR!

LICENSE = A PERMISSION SLIP FROM “AUTHORITY” – PART ONE

“For what it’s worth to my readers, All my love…, and the LOVE of the GREAT CREATOR!”
And for anyone paying attention, that LOVE is “worth” more than any amount of paper mone or shiny rocks You could ever trade it away for.
God Bless Brother
Much LOVE to You and ALL your reader’s

Thank you so VERY MUCH. I really needed this comment! I LOVE YOU as well my dear bother in Christ! May GOD our loving Father Bless YOU richly and return only the best to you.