IS VENEZUELA THE “BETA TEST” FOR WHAT IS COMING IN THE US?

This is a re-post as well, also from Dave Hodges!

Secret G-20 Meeting In Ireland this Summer to Manage the Collapse of America.

Dr. Walker Todd is heading to Ireland this summer. Ireland is lovely this time of year. Playing golf in one’s sweater could be an enjoyable vacation event. However, Todd is not going to Ireland to play golf. How do we know that Dr. Todd is headed to Ireland? He told Ed Petrowski and this was passed to me by his good friend Paul Martin. More importantly, Todd stated that there is going to be a secret G-20 meeting this summer in Ireland.

Who Is Walker Todd and Why Is This Important?

Dr. Todd stated on the radio on March 12, 2015 that America will be taken down according to the following scenario: (1) A false flag, more than likely a scenario resulting in economic collapse and the destruction of the dollar (2) The implementation of martial law, perhaps involving the use of foreign troops; and (3) All out conflict.

Dr. Todd is not to be taken lightly as he was an economic consultant with 20 years of experience at the Federal Reserve Bank of New York and the Federal Reserve Bank of Cleveland. He is also a member of the Cato Institute‘s new Center for Monetary Financial Alternatives as one of its Adjunct Scholars.  Given his background, his expressed opinions should be given very serious consideration.

If Dr. Todd’s prediction is accurate, this fits in with what other sources are saying is coming in the very near future and it will result in the fall of America. It has always been my position that a false flag even would be used as a pretext to invoke martial law. Martial law would then be used as the excuse to begin gun confiscation. Gun confiscation will be used to disarm American citizens prior to subjugating the country by using foreign mercenaries.

As viewers of this sight will readily recognize, I have extensively written on the topic of foreign mercenaries and I did so as recently as this past weekend.

The Importance of Ireland

After the Muslim “refugee” invasion of Europe, Ireland is one of the few places left in Europe that is safe. Further, Ireland is home to one of the most notorious criminal globalists, Peter Sutherland.

Meet your soon-to-be new United Nations Governor. He orchestrated the Gulf crisis and now he will be “managing” the border crisis.

Many have asked if there was a central figure who coordinated this conspiracy. If I were an unencumbered investigator and not operating under the umbrella of an agenda, I would want to look closely at a globalist named Peter Sutherland as the possible mastermind. But you see, Sutherland is not just the architect of the Gulf Oil Spill, as you will soon note, he will be behind what is coming with the United Nations take down of the United States.

Peter Sutherland is an insider’s, insider.  He is on the steering committee of the Bilderberg Group, he is an Honorary Chairman of the Trilateral Commission (2010-present), he was Chairman of the Trilateral Commission (Europe) (2001–2010) and Sutherland was Vice Chairman of the European Round Table of Industrialists (2006–2009). Sutherland was also the former head of the World Trade Organization and the related GATT. Sutherland is the ultimate insider. More to the point of this article, Peter Sutherland is the head of the UN Migration Council. This means that this elite insider will ultimately determine who will live where and under what conditions. And the G-20 is secretly meeting is his backyard is no coincidence.

Further, we have two important pieces which would factor into a planned collapse of the United States/Western Europe, namely, banking and population redistribution. Additional danger and trigger points would consist of computer vulnerability of the grid and the banks. Also, the looming global food crisis could be brought into play. Why not all three? I think that is a safe bet, but in terms of lighting the fuse, I would lean towards the food crisis

Venezuela Is the Beta Test

Venezuelans are in search of anything they can eat. Despite having on the world’s richest oil reserves, dogs, cats, and pigeons are in danger. Soon, there will be only thing left to eat, each other!

Michael Snyder wrote a fantastic piece of how the United States is paralleling what is happening in Venezuela and we will soon be living the same fate here in America. One week ago, I wrote about America’s food vulnerability. Snyder’s piece is worthy of review.

Speaking of Ed Petrowski, I had Ed and Cliff Harris, who has been making accurate predictions about farming and food trends for over 40 years.. Ed Petrowski has been farming the fields of Pratt, Kansas for decades. While on my show, both men presented to the world a farmer’s perspective on what is happening with our food supply. 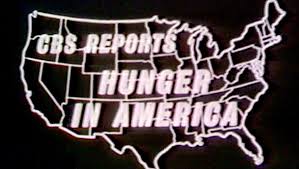 One of the more stunning trends that both men pointed out was the fact that over 15% of American farmers will leave the business this year because of extreme government intrusion. They both said that there will be an extreme food shortage as a result. In fact, they both said there would be a food crisis in the United States anyway. And as Cliff Harris, a climatologist pointed out, there would be a food shortage anyway due to extreme weather changes.

This was an one hour interview, where I probably did not say 100 words. I wanted the listening public to listen to two prominent men in field of farming about what is really happening to the American food supply instead of reading the lies contained in various government reports.

Listen to this stunning interview by clicking here.

I would be remiss if I did not reiterate Paul Martin’s source and what he said was coming, which I published in a previous article. The retired alphabet soup agency man said martial law is locked and cocked. When the crisis hits, the phone will immediately go down, where you are is where you will stay because the highways will be shut down. He advised if you are further from your home that you walk back to it, you need to carry food, water, and guns. Time frame? He says it will happen this summer.

A week ago, I speculated that Trump’s opposition quit prematurely and 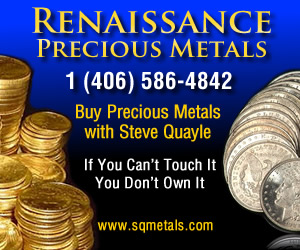 all at once. I speculated they were retreating to their Plan B which would be designed to deny Trump the Presidency. I think we have found the Plan B.

Here come’s the broken record: Obtain food, water, guns and if you want to survive longterm, you will need precious metals.

HERE’S EXACTLY HOW THE “OFF PLANET ENTITIES” ARE HELPING THE US!

The Synthetic Agenda: The Distorted Heart of the New World Order