JOE BIDEN AND THE “SATANISTS” (?) HE RUNS WITH

This post from Leo Zagami speaks to what is happening BEHIND THE CURTAIN.

Joe Biden the Vatican candidate of choice for 2020

Joe Biden the Vatican candidate of choice for 2020

The gathering, called “Unite to Cure — How Science, Technology, and the 21st Century will Impact Culture and Society,” described by some as the “Davos of biotech,” saw the participation of many important speakers.

But most of all, ex-Vice President and known Democrat pervert Joe Biden, who also delivered a message in preparation for his 2020 candidacy to be announced exactly one year later, possibly on Thursday.

The Vatican and the elite of the New World Order gathered like never before in preparation for these crucial elections and have obviously  picked their candidate of choice, Joe Biden.

Please read this recent article I wrote about Oprah Winfrey and Deepak Chopra:

https://lovetruthsite.com/2019/04/21/connecting-the-dots-is-oprah-winfrey-a-satanist/
–
We are FINALLY starting to get really SOLID PROOF that the VATICAN is 100 percent connected to THE NEW AGE!
–
(It always was…, and in fact…, the NEW AGE was started by Freemasons who were secretly working under the Authority of the Jesuits!)
–
Notice this slide advertising Chopra’s Book: THE HIGHER SELF
– 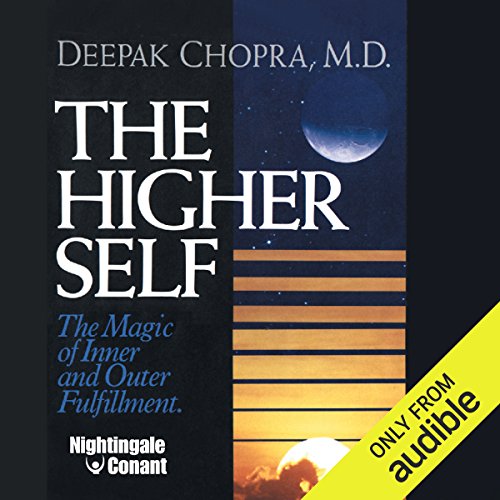 –
Look in the very bottom left corner of this  slide and you will see the wholly EGYPTIAN SYMBOL of the SUN AND THE MOON as a symbol of the book’s publishing company Nightingale – Conant!
– 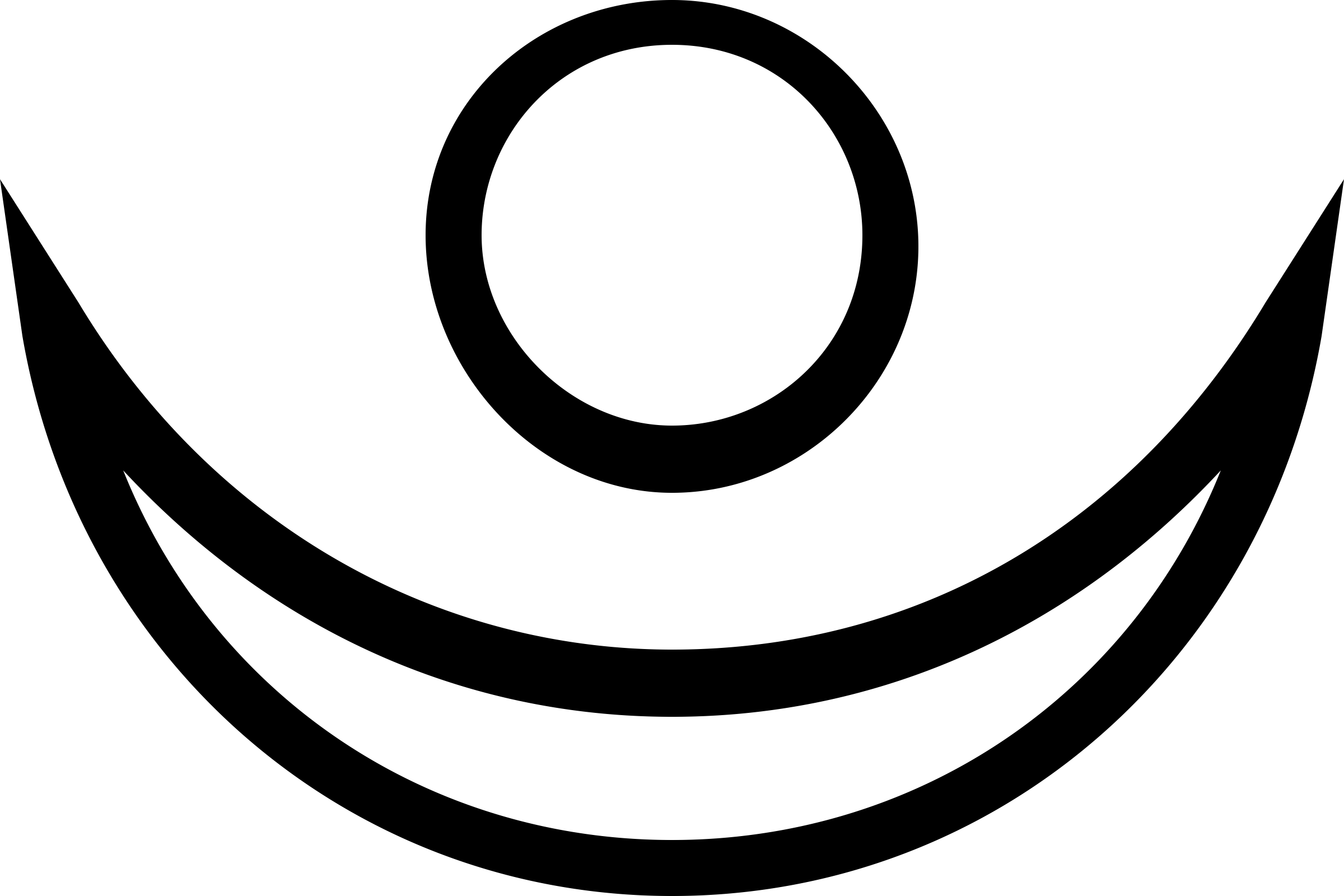 –
This smybol is a blatant Egyptian Symbol for the SUN GOD and the MOON GODDESS!
–
It is PAGAN!
–
In the Egytpian Religion…, the “SUN GOD” was RA!
– 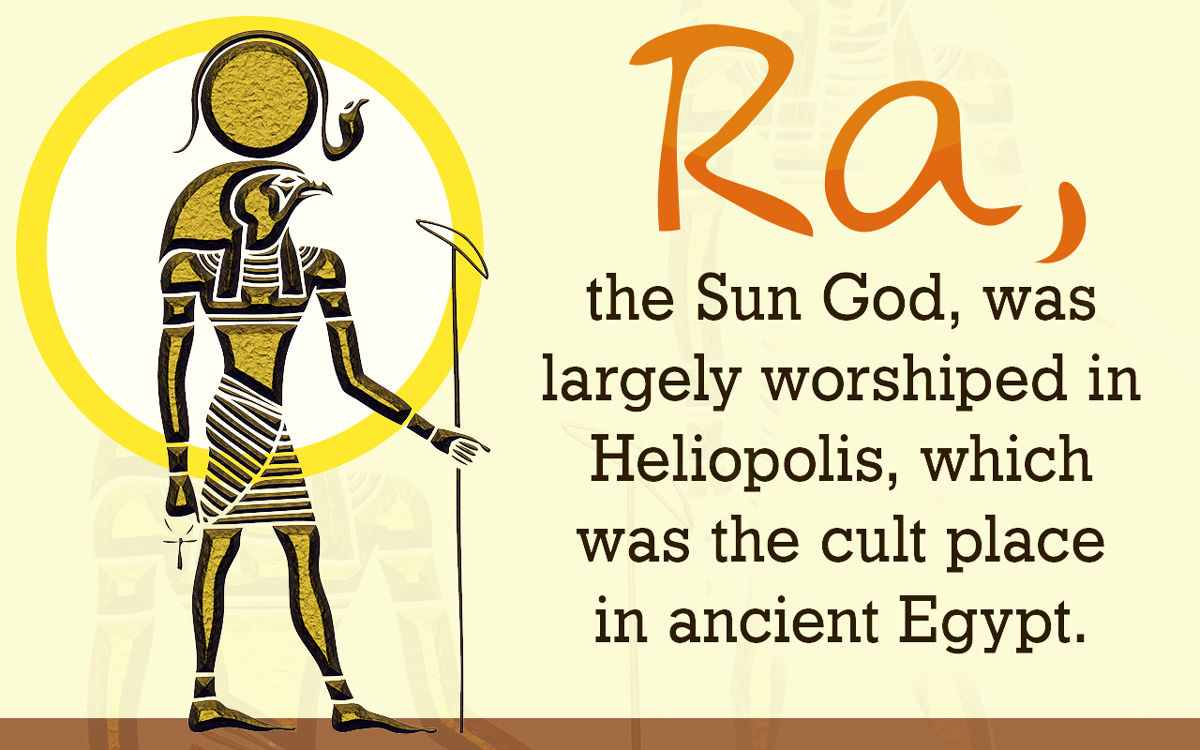 –
Here is a Key Chain dedicated to the SUN GOD RA!
– 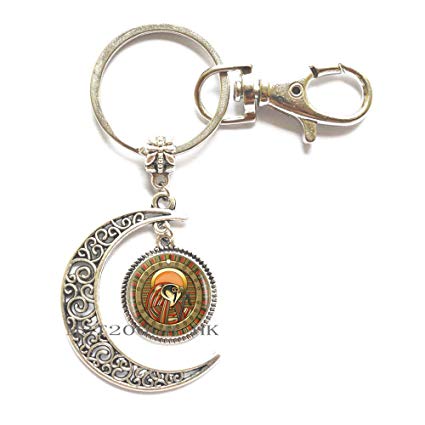 –
Notice it has the very same SUN/MOON symbolism which is a pagan nod to the Sun and Moon worship of Ancient Egypt.
–
Here is another very common symbol for the SUN GOD RA…, which is the all seeing EYE! (of RA)
– 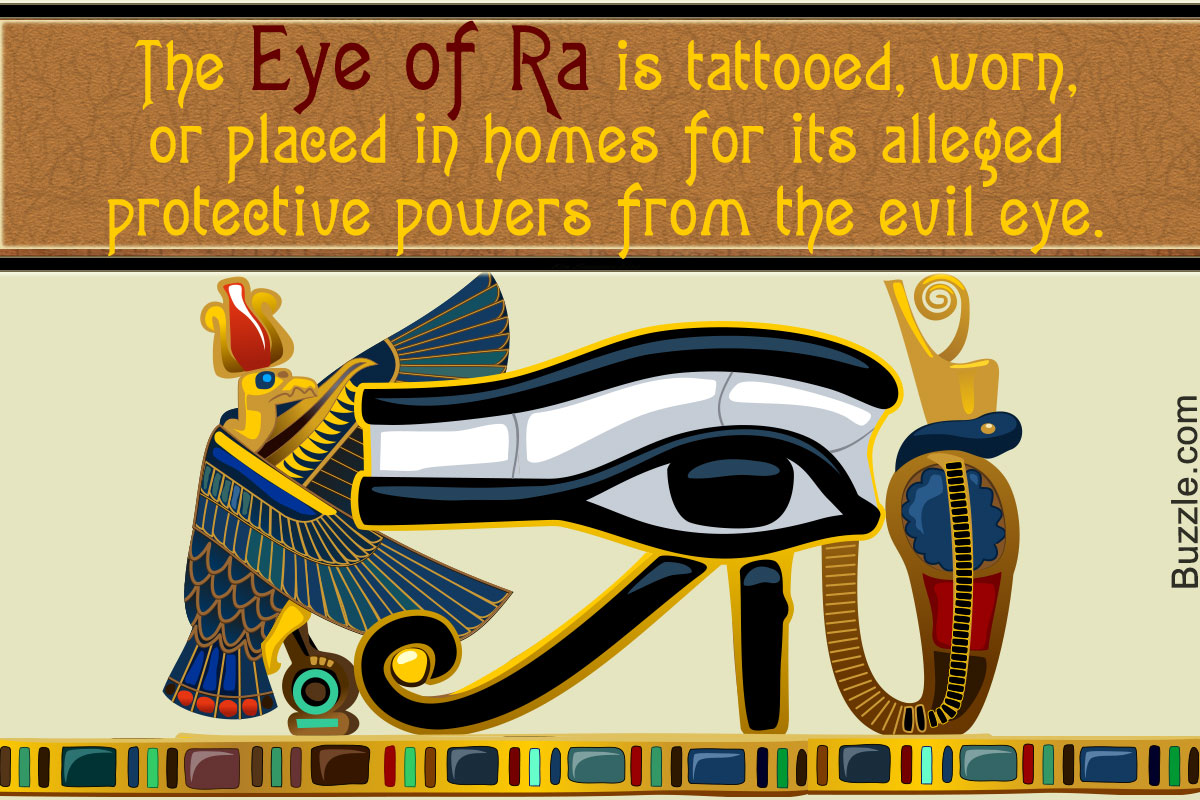 –
THE EYE OF RA is not to be confused with the EYE OF HORUS!
They are two completely different symbols!
– 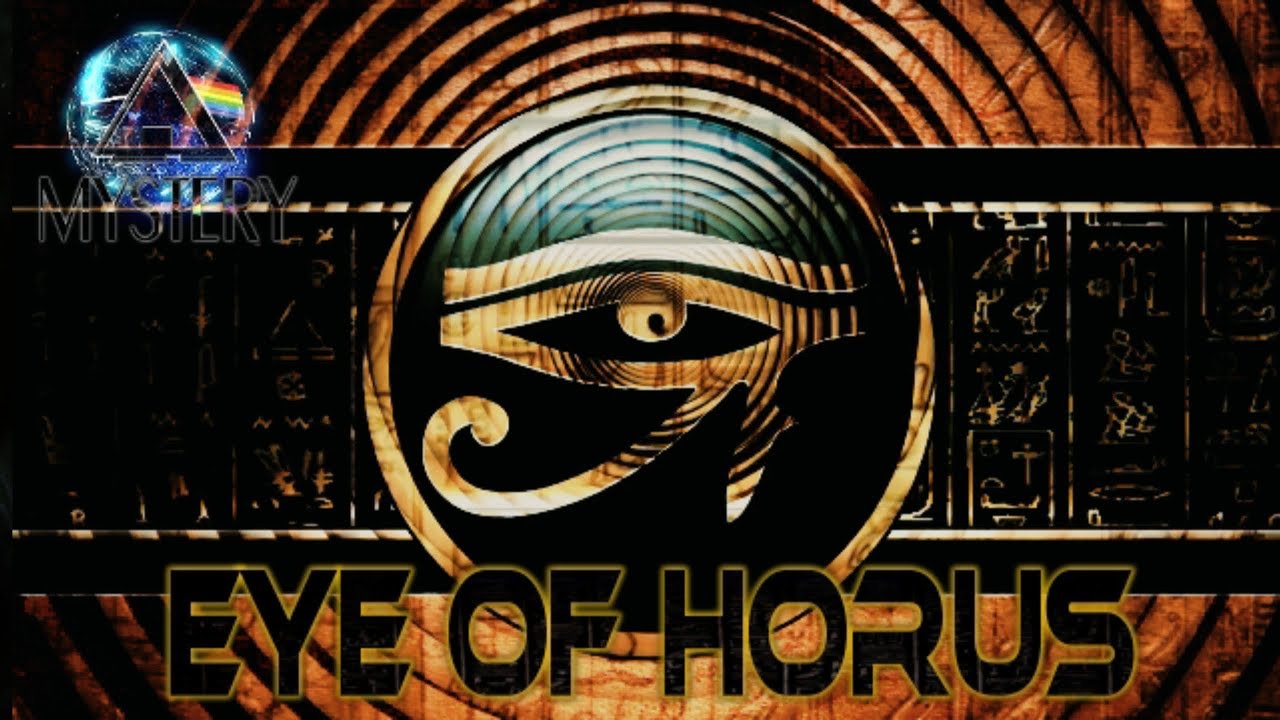 The Difference Between Eye Of Horus And Eye Of Ra

There is a way to determine the difference between the Eye of Horus and the Eye of Ra. One main difference is that the Iris of Horus’ eye is colored blue. Ra’s eye uses red to color his eye.

Another depiction of Ra’s eye is the symbol of a cobra wrapped around a sun disk. The problem with this symbol is that it is also used to depict the goddess Wadjet.

She also has a relationship with the eye as her symbol.

As the patron goddess, Wadjet was associated with the land and depicted as a snake– headed woman or a snake—usually an Egyptian cobra, a venomous snake common to the region; sometimes she was depicted as a woman with two snake heads and, at other times, a snake with a woman’s head.
Her oracle was in the renowned temple in Per-Wadjet that was dedicated to her worship and gave the city its name. This oracle may have been the source for the oracular tradition that spread to Greece from Egypt.[6] 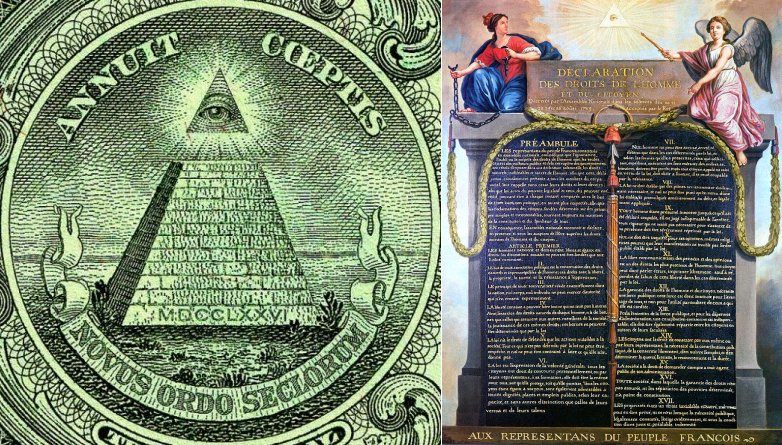 The Modern Meanings Of The Eye Of Ra and Horus

Outside of ancient Egypt, the Eye of Ra seems to have lost popularity and modern use. It is not used as widely, if at all, for different secret organizations or other purposes.

On the other hand, the eye of Horus is seen throughout history outside of Egyptian purposes.

Different eyes are seen on coffins and are used to help the deceased to see in the afterlife. This could be Horus’ or Ra’s eye, the owner is not clarified. But when it comes to extra-Egyptian use, it is Horus’ eye that is used the most.

The Americans use the Eye of Providence on the back of their dollar bill. As mentioned earlier on Ancient Pages, some scholars trace it’s history to ancient Egypt and the Eye of Horus.

–
Once you’ve looked closely at what is going on with DEEPAK CHOPRA…, you will see that he is CLEARLY connected to the VATICAN – THE NEW AGE – FREEMASONRY – and therefore the NEW WORLD ORDER!
–
I mean WHY would he (of all people) be invited to a PRIVATE meeting at the Vatican with JOE BIDEN…, who was the NEW WORLD ORDER choice for next President of the United States??
–
And now you know why he has “teamed up” with OPRAH WINFREY!
–
PAY ATTENTION TO THE SYMBOLS…., (they are the cymbals).
–
All my love……
Share LoveTruthSite !

Okay time for a “TEST”

I have posted the DEEPAK CHOPRA SLIDE three times in the last few days. In this last post, I wrote about a tiny icon on the bottom of the page that was a nod to the SUN AND MOON worship of Ancient Egypt.

How many of you actually looked at the books cover and “noticed” that the entire COVER OF THE BOOK IS A RISING SUN…, AND A MOON??????

(Even after I pointed out the Sun and Moon connection in this very post??)

Or are you all still SLEEPING???

Nah, I never noticed that one until you pointed it out! They are so sly the way they go about business of showing us their plans and they hope that they go unnoticed and tacit consent kicks in because hardly anyone is saying NO, WE DO NOT CONSENT. I thought I was pretty good at picking up on the subliminal’s they put forth in their various media, got to be even more diligent than ever, before it’s too late.
Here’s one I picked up on. It’s from a mainstream heavy metal band that I used to enjoy listening to until I got on the truth bandwagon. 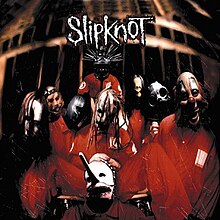 I show my friends and family images like this and the one’s Bradley use’s but they just fob it off and the expression on their face says yeah so what, like it’s OK. Argh!