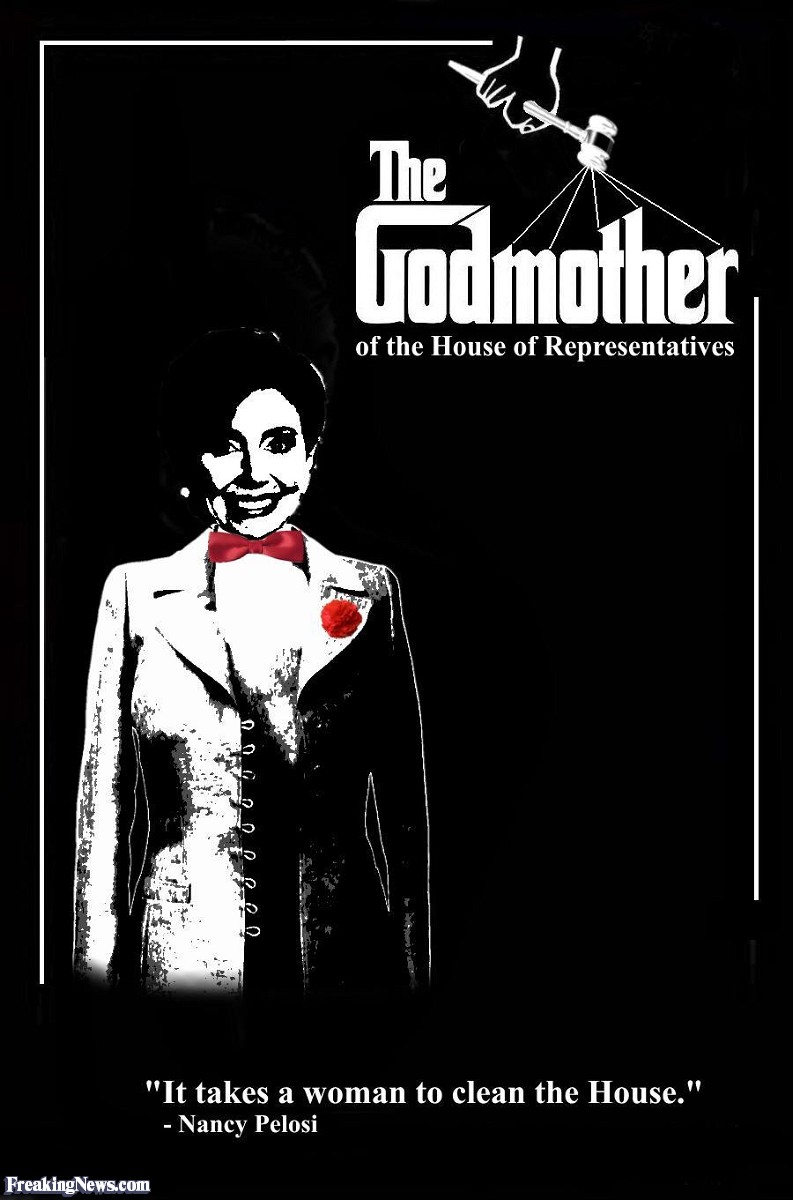 Christine Pelosi, the daughter of House Speaker Nancy Pelosi (D-Calif.), has just sent a warning to President Trump a few hours ago in a new interview: “Don’t mess with Nancy.” The Democratic strategist made the Mafiosi-style remark after her mother Nancy Pelosi lashed out and made a similar remark on Thursday after a reporter asked her if she hated Donald Trump.

Nancy Pelosi clearly wanted one reporter – and the rest of the world – to hear her loud and clear. “Don’t mess with me,” she told Sinclair Broadcasting reporter James Rosen after saying she resented the use of the word “hate,” particularly “as a Catholic.”

However, for Catholic Deacon Keith A. Fournier, a Senior Contributor to The Streamand the founder and Chairman of Common Good Foundationand Common Good Alliance, Nancy Pelosi is in DENIAL because she is considered a heretic by Catholics.

It must be said that Nancy Pelosi is engaging in more than scandal.

The coming of the lawless one will be in accordance with the work of Satan displayed in all kinds of counterfeit miracles, signs and wonders, and in every sort of evil that deceives those who are perishing.

They perish because they refused to LOVE THE TRUTH and so be saved. For this reason God sends them a powerful delusion so that they will believe the lie and so that all will be condemned who have not believed the truth but have delighted in wickedness.”

So let’s analyze her constant lies and heresies.  First of all, Nancy Pelosi has said that same-sex “marriage” is perfectly “consistent” with Catholic Christianity, which is an outright lie.

Pelosi even brought her grandchildren with her when she received an award from the Gay and Lesbian Victory Fund to show the young, impressionable children that “marriage equality is important.”

In an interview with Thomas Roberts for MSNBC, Pelosi said she took the children to the Gay and Lesbian Victory Fund gala because, “It’s really important to see what the practice of our faith is.”  Hey Nancy, maybe you need to be reminded that gay marriage is still prohibited in the Catholic Church!

Then we have her view on abortion. House Speaker Nancy Pelosi, D-Calif., told one of the nation’s leading abortion advocacy groups in late September that Republicans “ignore basic morality”when they push bans on the practice. It’s hardly news to faithful Catholics that the Democratic Party is the evil party for championing abortion and sodomy, and the chief pro-abortion Democrat in this country is Nancy Pelosi.

During an exchange with a reporter from The Weekly Standard about Kermit Gosnell’s house of horrors in the City of Brotherly Love, she again proclaimed her support for the mass murder of the unborn, and she thinks she is, “a Catholic in good standing?” To the best of anyone’s knowledge, there has been no bishop to say otherwise because she is protected by Pope Francis and the Jesuits.

That’s why we don’t have to mess with Nancy!