LIMBAUGH ON BLUE STATE LOCKDOWNS: ‘OBJECTIVE IS TO WRECK THE ECONOMY AND GET RID OF TRUMP’

‘These next four months are gonna be a veritable war like we have not seen,’ he says

Limbaugh on Blue State Lockdowns: ‘Objective Is To Wreck The Economy And Get Rid of Trump’ 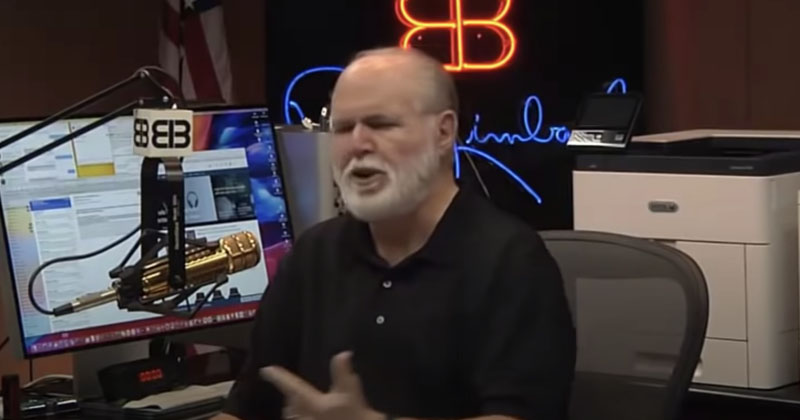 Democrat governors are deliberately sabotaging the economies of their states as part of their larger war against President Trump, says conservative radio legend Rush Limbaugh, adding he would not pay taxes until lockdowns are lifted.“The American left and the Democrat Party is going to do its best to keep this economy shut down, to extend and expand that shutdown – and blow up their own country’s jobs – just to ensure that Trump loses,” Limbaughsaid on his show Tuesday. “They’re gonna wreck the economy. Their objective is to wreck the economy and get rid of Trump.”

Limbaugh explained how Democrats in states extending their lockdowns are going to depend on red states that are beginning to open back up to subsidize them.

“They shut down and lock down, and they want to remain locked down until July or August or whatever – and nothing’s gonna open and nothing is gonna happen. And they fully expect the red states to sit there and essentially pay for it. Folks, I’m gonna tell you, these next four months are gonna be a veritable war like we have not seen.”

Limbaugh pointed out that the Democrats view the coronavirus as the perfect scapegoat for their states’ fiscally disastrous conditions, and won’t hesitate to use the crisis to bail them out.

“As blue states with Democrats having run these states for who knows how many years, they’re in horrible fiscal and financial shape. They have unfunded pension liabilities that they’ll never be able to pay. They have spent money buying votes, buying welfare. They’ve just spent money that they never, ever were gonna see generated by economic activity and taxes.

“They see the arrival of the virus as once-in-a-lifetime opportunity to have their states crash with the virus taking the blame for it happening, instead of them and their predecessors and their policies being the reason these states crash. So that’s why they want the economic slowdown to keep on. That’s why these blue state governors are gonna keep their economies locked down and shut down.”