Logic and Illogic in Education 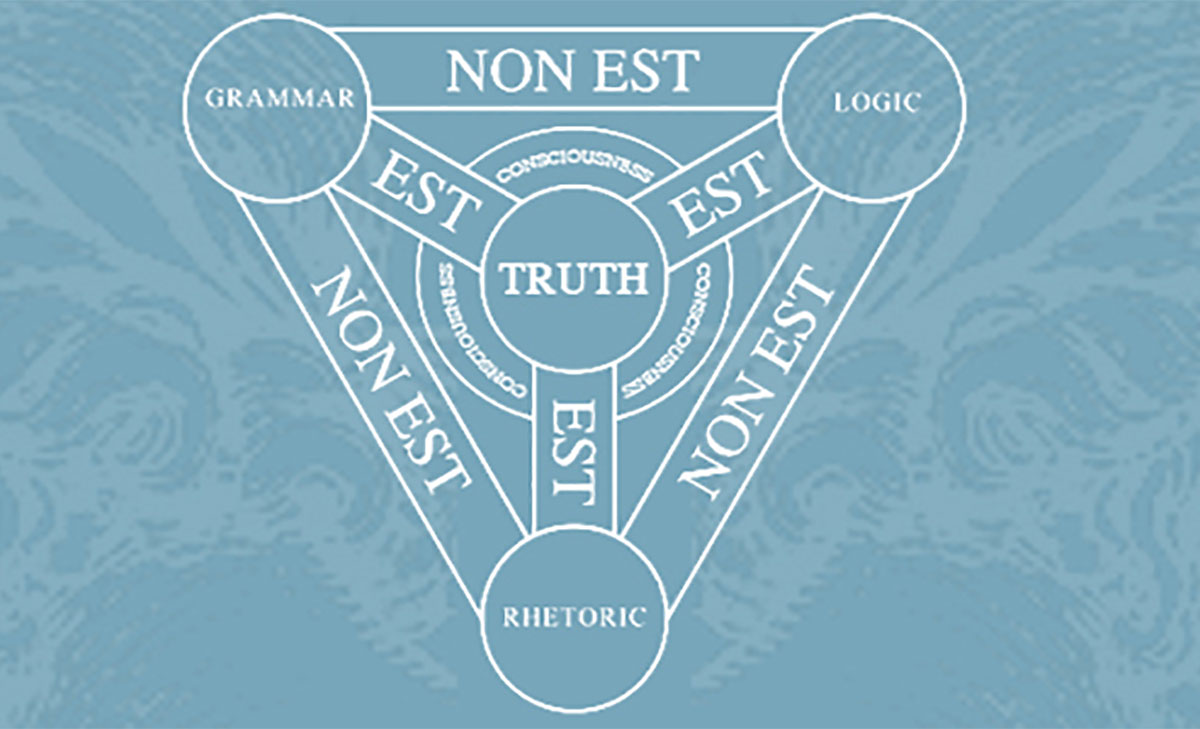 In two of my collections, The Matrix Revealed and Power Outside The Matrix, I include training in the art of logic and critical analysis.

The basic fact is: students in schools are rarely taught how to follow a line of reasoning from beginning to end. Nor do they practice analyzing half-formed, specious reasoning.

Who teaches young students, these days, how to distinguish between a polemic and a formal argument?

Increasingly, people are “learning” from watching videos. Some videos are well done; many others intentionally omit vital data and make inferences based on “shocking images.”

A focused study of logic can illuminate a range of subjects and disciplines. It can suddenly bring perspective to fields of inquiry that were formerly mysterious and impenetrable.

Logic is the parent of knowledge. It contains the principles and methods common to all investigation.

Being able to spot and understand logical flaws and fallacies embedded in an article, essay, book immediately lifts the intelligence level.

Logic isn’t a prison; one isn’t forced to obey its rules. But the ability to deploy it, versus not understanding what it is, is like the difference between randomly hammering at a keyboard and typing coherent paragraphs. It’s the difference between, “I agree with what he’s writing,” and “I know exactly how he’s making his argument.”

In the West, the tradition of logic was codified by Aristotle. Before him, Plato, in the Socratic Dialogues, employed it to confound Socrates’ opponents.

Reading the Dialogues today, one can see, transparently, where Plato’s Socrates made questionable assumptions, which he then successfully foisted on those opponents. It’s quite instructive to go back and chart Socrates’ clever steps. You see logic and illogic at work.

High schools today don’t teach logic for two reasons. The teachers don’t understand the subject, and logic as a separate discipline has been deleted because students, armed with it, would become authentically independent. The goal of education rejects independent minds, despite assurances to the contrary.

Logic and critical analysis should be taught in phases, with each phase encompassing more complex passages of text offered for scrutiny.

Eventually, students would delve into thorny circumstantial arguments, which make up a great deal of modern investigation and research, and which need to be assessed on the basis of degrees of probable validity and truth.

It’s like a climbing a mountain. The lower paths are relatively easy, if the map is clear. At higher elevation, more elements come into play, and a greater degree of skill and experience is required.

The second part of his statement has great value. It enables real research beyond egotistical concerns, beyond self-serving presumptions, beyond secretly assuming what you’re pretending to prove.

We certainly don’t live in an age of reason; far from it. Therefore, the greater need to learn logic. Among other benefits, it centers the thinking process.

In a landscape of controversy, babble, bluster, public relations, covert propaganda, and outright lying, one has a dependable compass.

For instance, understanding the scientific method (hypothesis-prediction-verification) would go a long way toward untangling some of the outrageous claims of science, and separating them from the political agendas they serve.

Beginning in ancient Greece, coming up through the Middle Ages, and into the 19th century, logic was one aspect of education called the Trivium (“the three”): in sequence, a student learned grammar, then logic, then rhetoric.

Except in scattered places, where people have consciously instituted a revival of the Trivium, that integrated method of teaching is gone now.

Instead, in primary and middle schools, we have superficial coasting through many academic subjects, minus the necessary exercises and drills to ensure that students grasp material. In other words, we have imposed ADHD.

Logic isn’t the end-all and be-all of life. It doesn’t define what life is. It’s a tool. You either have it or you don’t. You can use it or you can’t. When you can, you have more power, and whole new vistas, previously unseen, open up to you.

Logic is a tool in your box. When you need to go in and remove it and use it, is it dull or is it sharp?

Finally, studying logic gives a student an appreciation of consequences. For example, a politician announces a high-flying generalization, as a plank of his platform. Two things ought to follow. The student does his best to translate that generality into specific terms which actually mean something. Then he traces what would happen if the plank were, in fact, put into effect; what would the consequences specifically entail? There are always consequences—it’s just that most people never see them or think about them, because they haven’t the foggiest idea about how to flesh them out and map their implications.

Logic: one of the great contributions to civilization, left to die on the vine.

It needs to be resurrected, in full flower.

The author of three explosive collections, THE MATRIX REVEALED, EXIT FROM THE MATRIX, and POWER OUTSIDE THE MATRIX, Jon was a candidate for a US Congressional seat in the 29th District of California. He maintains a consulting practice for private clients, the purpose of which is the expansion of personal creative power. Nominated for a Pulitzer Prize, he has worked as an investigative reporter for 30 years, writing articles on politics, medicine, and health for CBS Healthwatch, LA Weekly, Spin Magazine, Stern, and other newspapers and magazines in the US and Europe. Jon has delivered lectures and seminars on global politics, health, logic, and creative power to audiences around the world. You can sign up for his free NoMoreFakeNews emails here or his free OutsideTheRealityMachine emails here.