MANKIND – SELLING OUT HIS OWN SPECIES – PART ONE 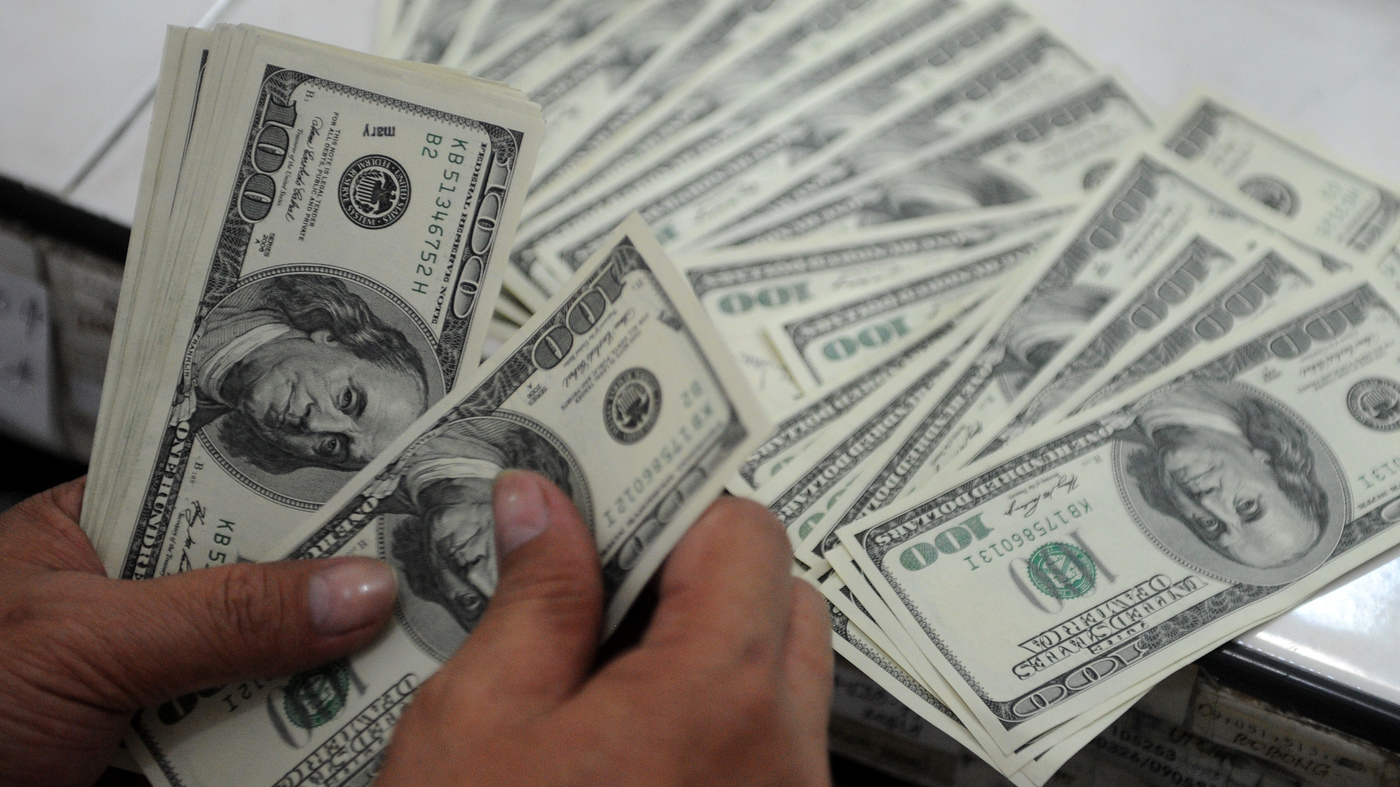 SO LET’S TALK ABOUT RELIGION FIRST, SHALL WE… 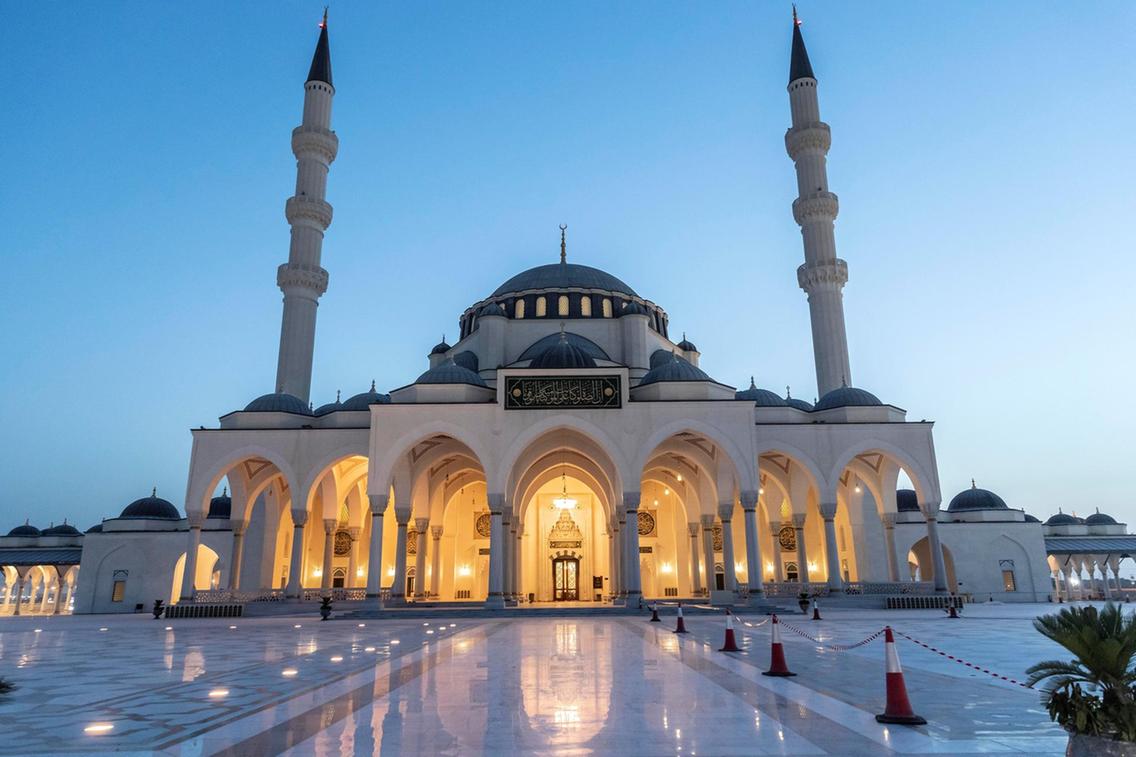 There are really only two effective ways to divide people up and then pit them against each other!

And…, believe it or not…, both of these “systems” are deeply intertwined and impossible to separate!

You know…, I have tried in many ways to show my readers that ALL OF THIS ultimately goes off world.   I have written about it many times in the past, but this lesson never sinks in very far!  For now.., I guess we’ll skip that part of the lesson and just focus on WHAT these off worlders are attempting to do to us. 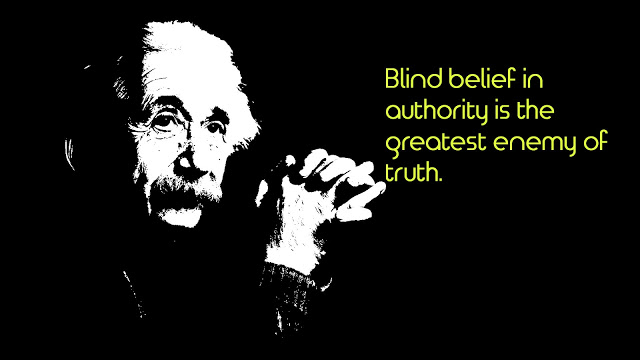 In retrospect, I suppose it is just hard for people to believe in something that they can not see!

But is that the truth really?

I mean…, if that WERE the truth…, then how would it be possible for young Muslims to strap explosives onto their bodies and then walk into crowded shopping malls and detonate the explosives??

(Ooops , now we are getting into MIND CONTROL and MAGIC – two more subjects I am having a hard time getting into the heads of my readers…, and NOT the subject for this post…)

You see, if these young Muslim men did not “BELIEVE” that they would go immediately to Heaven and be with Muhammad and Allah and get their 72 virgins…, then why would they throw their life away as if it were nothing ??

Certainly millions of New Agers believed in thousands upon thousands of Channeled Messages that told them BARRY SOETORO was a Saint…, or a VERY HIGH SOUL that was here for the good of the planet. 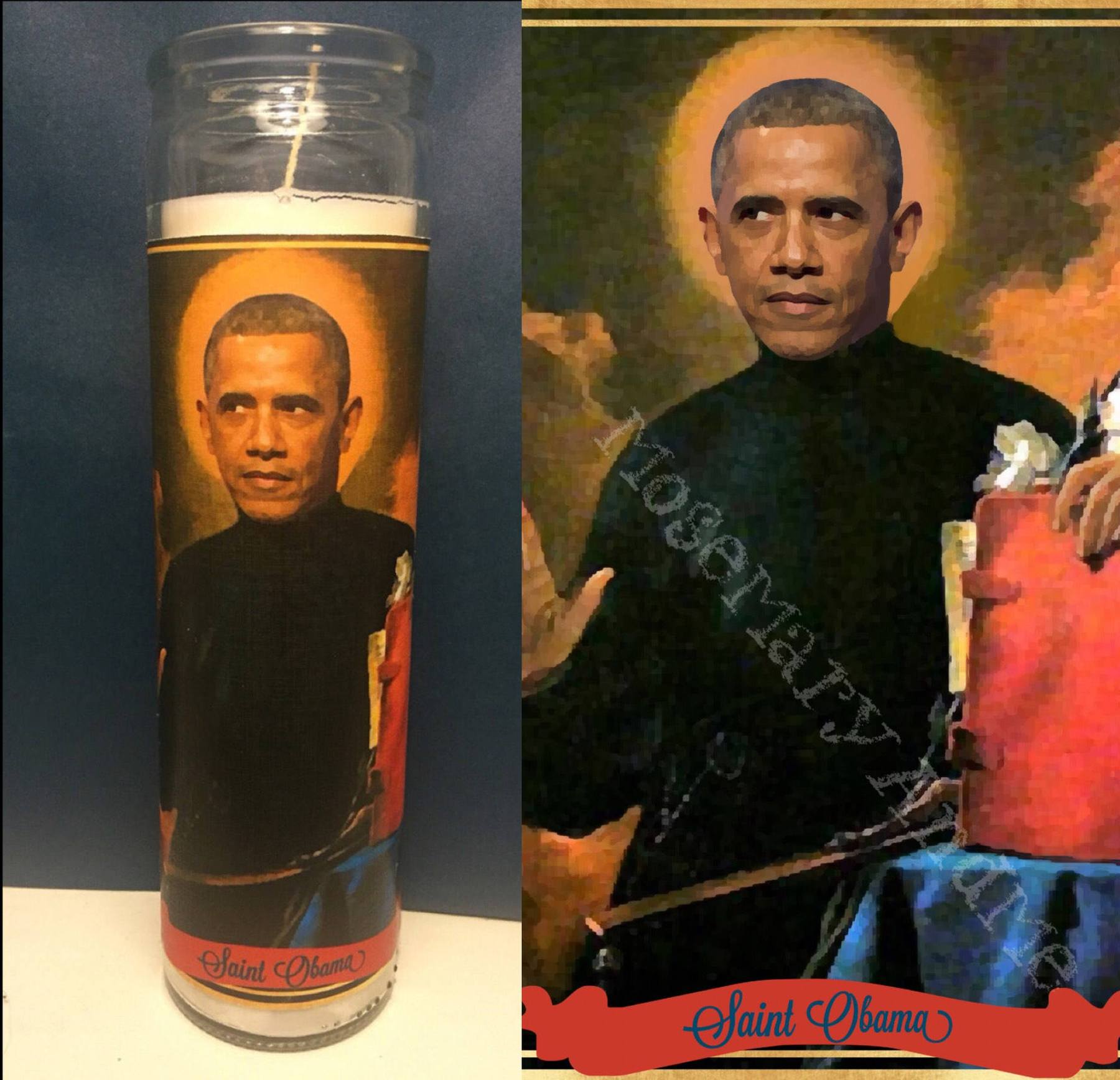 I know for a fact that they deeply believed in this non sense because when I tired to argue otherwise in a “truth and support group” being run by Steve Beckow of Golden Age of Gaia…, I was unceremoniously kicked out of the group and BANNED for daring to voice an opposing opinion about Barack Obama.

I was told NOT TO MESS with people’s “beliefs” by Beckow who claimed to be running his blog “just like a church”!

So my very first experience at CENSORSHIP and BANNING here in America came “surprisingly” at the hands of a NEW AGER…, who was running a “spiritual” support group!   (You just can’t make this stuff up!!)

But when you think about it logically…, was this REALLY that much of a surprise?? 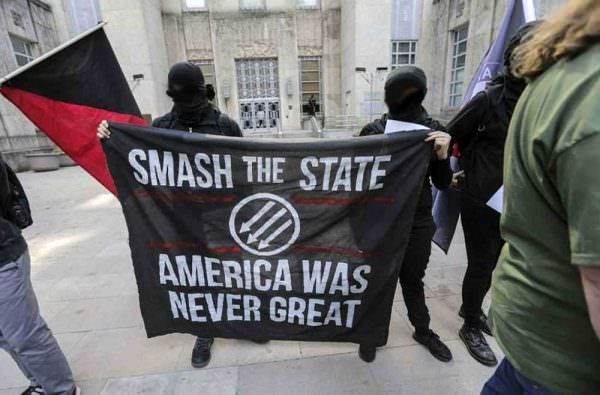 People who park their “belief” on the “left” – who consider themselves to be progressive (even ones that claim some kind of “higher” spirituality) just can’t help themselves and will eventually become exactly who and what they are:

GATE KEEPERS AND CONTROL MONGERS FOR ALL INFORMATION AND FREE THOUGHT!   THEY JUST CAN’T HELP IT…

There is very little in the way of TRUTH when it comes to the fanatical belief systems anywhere in world’s religions and yes…, even within the New Age Movement.

You either just BELIEVE…, or you DON’T.

There is really no middle ground to the kind of fanaticism that spiritual people can get themselves into and Steve Beckow proved it with his own group that demanded full support for Barack Obama no matter what anyone else wanted to say or add (even politely) to the conversation!

This just proves what I said in the first paragraph of this post however!

SPIRITUALITY (Religion) is a really great way to implement a DIVIDE and CONQUER strategy over mankind!

THE POLITICS OF RELIGION…, OR…, IS IT THE RELIGION OF POLITICS ??

You see…, it is no secret that the Political Right involve themselves quite heavily in Religion.., but one of the biggest and most outrageous cons currently running out there in internet land is that the Political Left…, does not!

I would argue that the Political Left is FAR MORE RELIGIOUSLY FANATICAL than the political right is or ever was…, and it comes in the form of something called:

NON-JUDGEMENT and THE NEW AGE!

The entire “beef” or “complaint” of the Political and quite Religious LEFT is this:

STOP GETTING IN THE WAY OF WHAT I WANT TO DO HERE ON EARTH…, AND STOP JUDGING ME FOR IT….

This ideology has very much become a “religion” in the present day left leaning political scene and a RADICAL ONE at that! 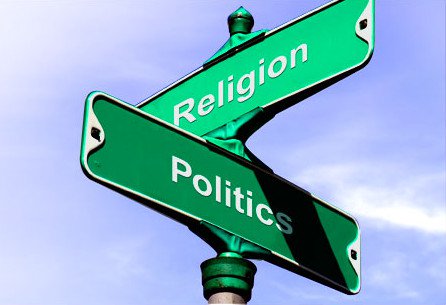 Have you ever wondered why Religion and Politics go so well together!

For the longest time most people thought it was only the conservatives or the republicans here in America that pandered to a “religious” aspect inside of their political ideologies.

Well I’ve got some surprising news for you…, the POLITICAL LEFT…, the DEMOCRATS…, the PROGRESSIVES are deeply “entrenched” into their own “brand” of Religious Ideology too…, it is just NOT the typical Christian kind of ideology, but instead their ideology sits firmly on the fringes!

The “LEFT” is an amalgam of IDENTITY GROUPS who each have a specific “trait” that is far outside of the mainstream!

All of these fringe groups have found a welcome home inside of the LEFTS “PROGRESSIVE” FORM OF RELIGION!

Well…, what is that “RELIGION” exactly??

That religion is quite simple really.

DON’T JUDGE US FOR ANYTHING WE WANT TO DO!

We want complete acceptance from the mainstream…, AND…, if you are not willing to give us your acceptance – then will we demand it from you…, take it by force…, and even KILL YOU ALL – IF WE HAVE TO!

Now…, if you have been watching what is happening out there (and have not been living under a rock)…, then you can see that THIS is exactly what we are in the process of seeing taking place!

These many various “identity groups” are rising up and demanding acceptance from you…, and wherever possible – are already TAKING IT by force.

Now…, if they can’t get it fairly…, then they will “take it” by using BIG TECH and the Social Media masters of the universe to CENSOR or BAN any opposing opinions from surfacing!

The only thing that they have not started to do yet is to KILL US ALL.  Although if you watch the Anti-TRUMPERS closely on any of the social media platforms.., they are literally “calling” for the killing, the imprisonment, and the torture of anyone who supports Donald Trump or Policies associated with Conservatism.

Just watch one single episode of  “THE VIEW” on ABC…, and they call daily for the harassment, bullying, abuse, torment, and yes…, even hopefully the KILLING of those who are their political opponents. 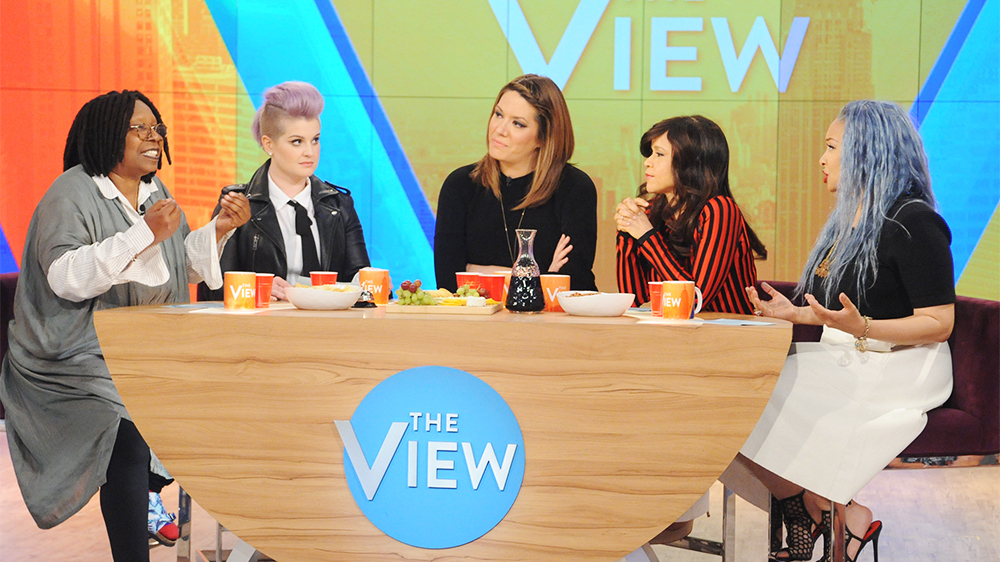 MAKE NO MISTAKE HERE, AND LET’S BE PERFECTLY CLEAR…, THERE IS A “RELIGIOUS” COMPONENT TO THE POLITICAL LEFT…

It is just not the “traditional” religion in that sense…, but it is very much a movement that requires your unwavering belief – and more importantly your obedient submission to it’s teachings and tenets! 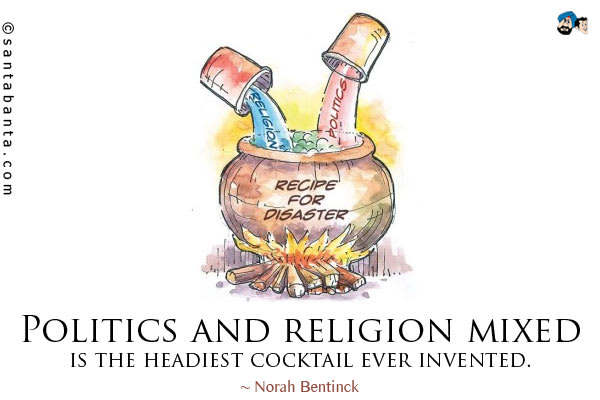 What apparently has “escaped” the attention of the mainstream is that these “identity groups”…, many of which have gone over board into what most would think of as purely paganistic ideologies consider their beliefs  to be  RELIGIOUS ONES.

Rome was filled with endless competing religions from all over the “conquered world” and it could not hold it’s own society together in a single cohesive unit!

The Roman Empire was dealing with it all!  And because they could NOT PLEASE EVERYONE…, the Empire fell apart socially!

We are now seeing a repeat of what took place inside of ROME over 2,000 years ago.  It is the unraveling of the social fabric due to competing religions which at the end of the day…, ALWAYS TURN POLITICAL!

And the hamster wheel just never seems to end does it?

Because what we are now seeing is that huge amounts of MONEY are being funneled into the fringe political groups by people like George Soros and the Koch Brothers in order to support their particular politics…, but more to the point support their BELIEF SYSTEM which always goes back to some form of “spirituality”.

REMEMBER…, EVEN SATANISM IS A RELIGION!!

So what is the way out??

We’ve GOT to remove the CONTROL OF THE MONEY from the centralized control system it is now in…, and allow the free flow of money around the world which will allow for an “uncontrolled” situation where the “true markets” of supply and demand (not religion and not politics) dictate what happens in the world.

Otherwise you get World Wars and endless oppression in the name of BELIEF SYSTEMS.

IF TRUE – THIS ONLY PROVES ONLY ONE THING…

MANKIND – SELLING OUT HIS OWN SPECIES – PART TWO