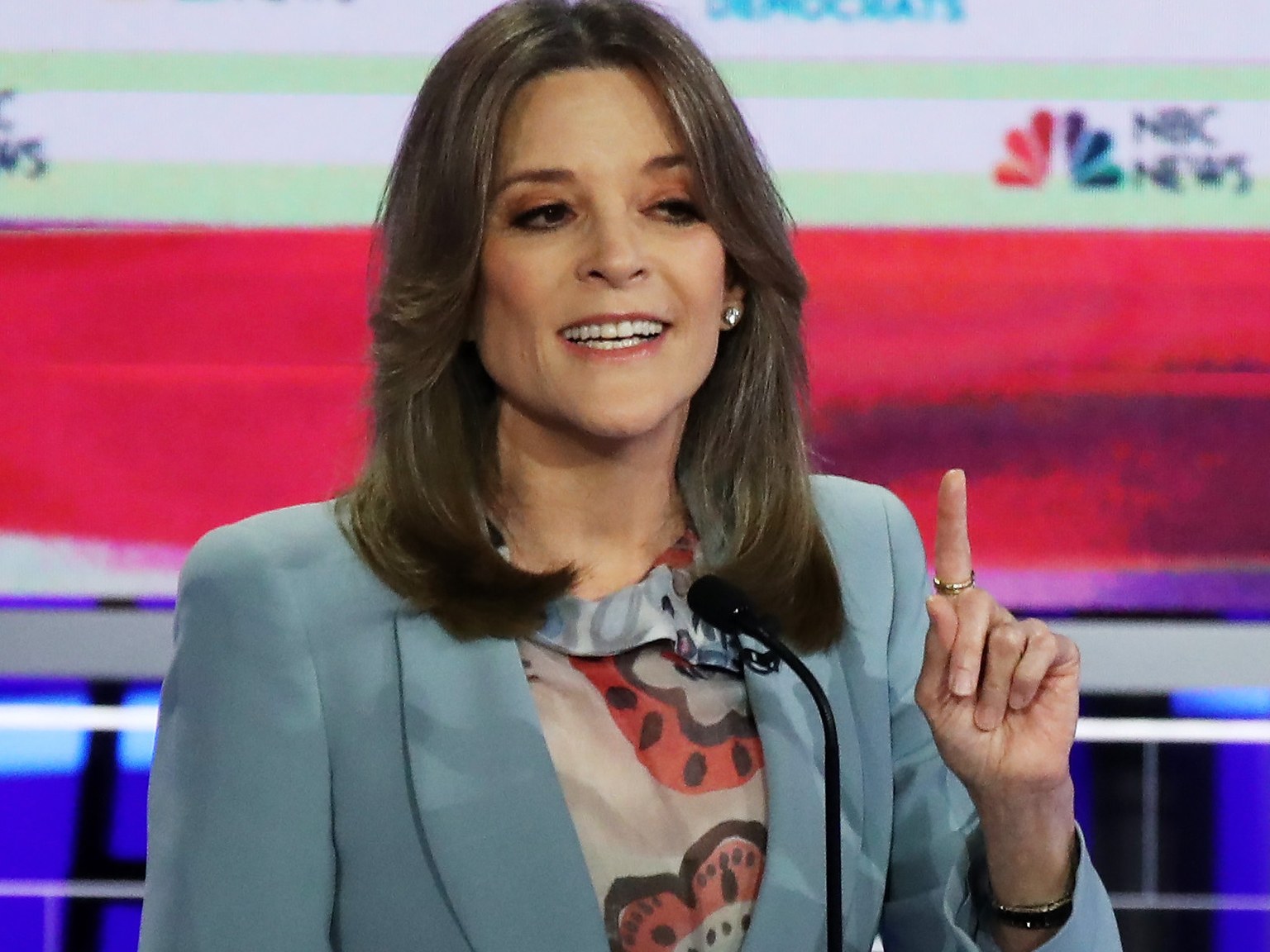 Marianne Williamson has stepped over the line!

This lady has created a “SIN” and a “CRIME” where no such sin or crime exists for millions of American Whites!

This is the height of radical irresponsibility and stupidity!!

She is LAYING BLAME…, on everyone with a huge BLANKET and basically saying:

By doing this…, she has become an TOTALLY OFFENSIVE PERSONAGE…, who radically “judges” everyone by laying an enormous lake of FIRE and BLAME directly at their feet and condemning them to hell whether they deserve it or not

Furthermore…, she is a huge supporter and an outspoken advocate for THE COURSE IN MIRACLES…, a questionable religious doctrine that teaches all of its followers to NEVER JUDGE ANYONE!

In this regard…, Marianne Williamson is nothing but a MONSTROUS HYPOCRITE!

She is currently running for President of the United States…, and if THIS is how she is going to Govern…, by blaming innocent people for crimes they never committed…., and lay enormous BLAME at their feet then I suggest that she is not only unfit to Govern…, but is crazy to boot!

MY ANSWER TO MARIANNE WILLIAMSON….