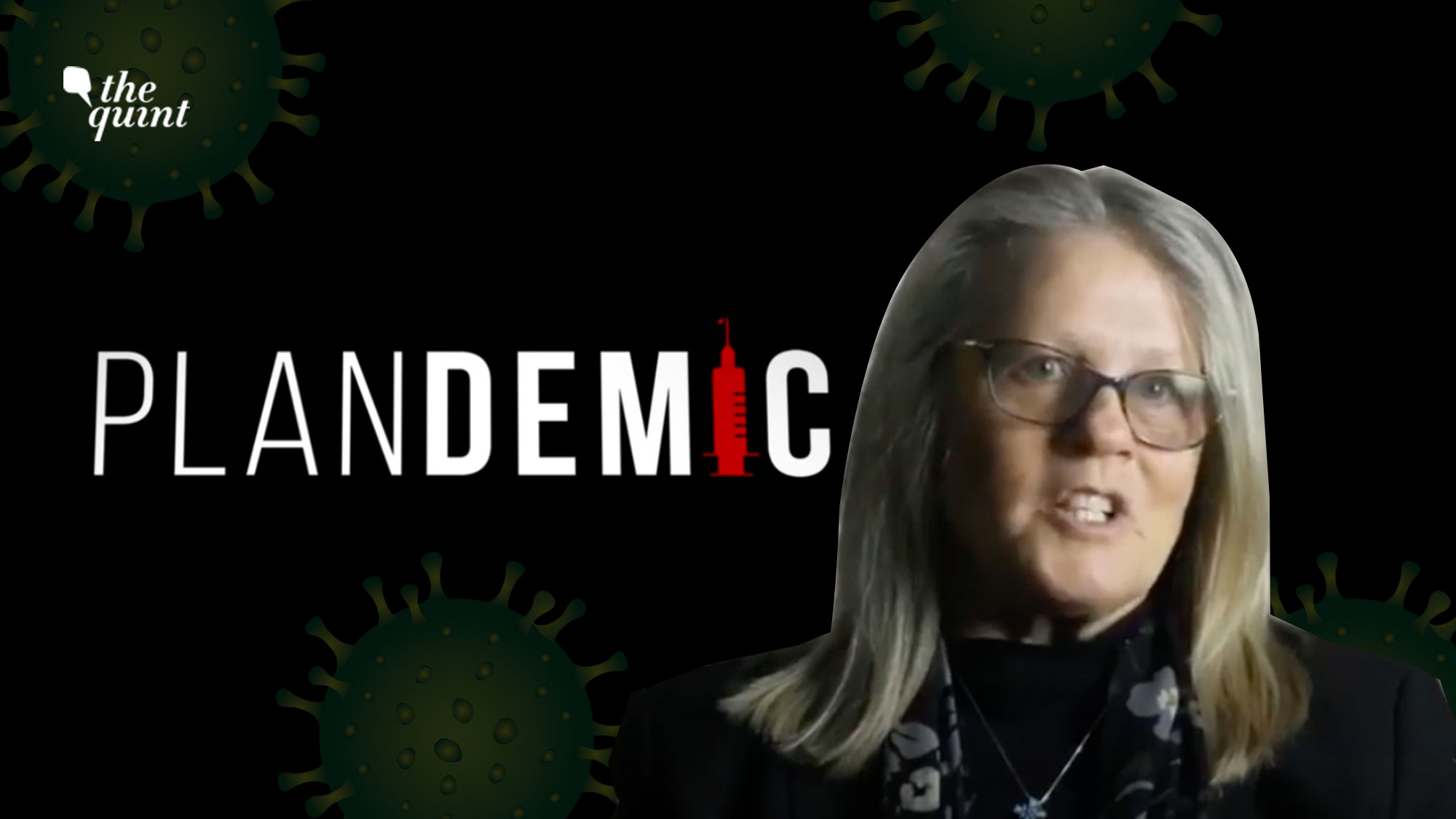 Covid 19 (aka the Corona Virus – aka the Common Cold) is the direct response of the Illuminati to you’re GREAT AWAKENING!

You see, for hundreds (if not thousands) of years, they have “controlled” the thinking of, and the information flow to the people of the world.  This control has allowed them to run scams and cons upon the masses and to profit in obscene ways while gaining a solid foothold in every major corporation and government.

…my people are destroyed from lack of knowledge. “Because you have rejected knowledge, I also reject you as my priests; because you have ignored the law of your God, I also will ignore your children

This single verse from the Bible sums up what is being attempted by the followers of Lucifer.  They know that “knowledge” and “information” are the REAL POWER in Earthly terms.

Even GOD HIMSELF admits that HIS people are being destroyed due to lack of knowledge.  This is why the Vatican has taken every single book and script from holy places all over the world and hidden them in underground vaults and warehouses.

This has been ongoing for several hundred years, but really started moving at breakneck speed after the American Civil War once the United States was turned into a Corporation.

The Smithsonian Institute in Washington D.C. is one of the biggest hiders and hoarders of knowledge and information on the entire planet.  It has warehouses and underground vaults with relics and ancient technologies from all over the world.’

It also has the bones and skeletons of thousands of GIANTS (12 to 30 feet tall) which once roamed freely here on the Earth.

But now, people are waking up.  They are learning more and more information due to the internet and social media – which was not how the inventors of these tools imagined that you’d use them.

You surprised them and so, you (meaning the entire world population) must be PUNISHED!

Enter Covid 19 – aka the Corona Virus – aka the Common Cold and the subsequent wearing of MASKS (which do absolutely NOTHING for you). 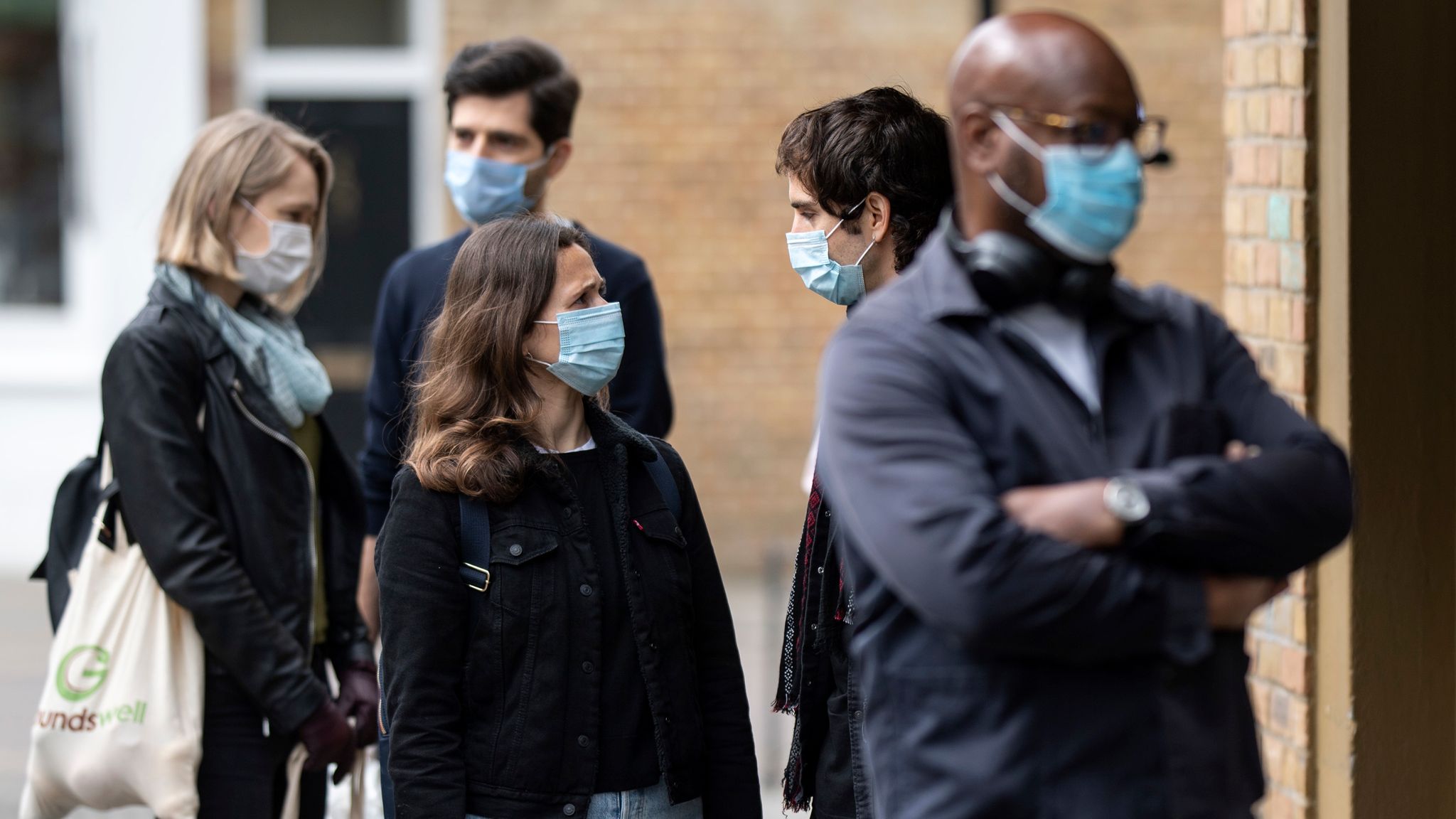 After all of the writing that I have done over five full years, and after all of the information I’ve passed on about the GREAT CON OF MAN – you’d think more of the worlds populations would “get” that this was just another one of those GREAT CONS!

You see, all of this discomfort, all of this interruption in your daily lives, all of this unfair intrusion into the normal flow IS PUNISHMENT being sent around the world by the Illuminati/Freemasons/Vatican.

You decided to WAKE UP and LEARN TOO MUCH (in their opinion).

You see, they can not “control” you properly – and just rape you blind financially, or steal your children and steal your assets, or send you off to fight in their wars “IF” you know too much about how they do things!’

In the long article THE GREAT CON OF MAN – THE END GAME – I told you that the Illuminati/Satanits/Luciferians are NOT YOUR FRIENDS!

Because “COVID” had not yet happened – no one believed me.

Actually, few even read what I wrote in the GREAT CON OF MAN.  And yet, I begged that this series most of all (which was why I updated and rewrote it) should be spread all across the planet and that anyone who read it should pass it on to as many people as possible!

You see, some of us have what is called: INTUITION – which is a gift from the Heavenly Father.  We can “SEE” (not visually but mentally) into the future and have a good idea of what is coming.

We don’t need Channeled Entites or Ascended Masters to tell us what is going to take place – we get our information directly from GOD.

Rather than simply heed what is being said, most people (because they do not have a connection like it) simply IGNORE these types of messages and go about their business as if nothing has been given to them.

Well, hows that working out for you?

Yet, it was not hard to see that this kind of thing was both possible and probable based upon humanities unwillingness to spread around vital information to their peers, instead taking months and years to muse upon new information that was coming to them as if they had all the time in the world to make a change.

Here is an example of what I mean:

If a woman discovers a water leak in her home, she drops everything else she is doing and calls a plumber to fix the leak immediately.  Everything else STOPS until the leak is fixed.

BUT, if a man and woman find a huge leak (problem) with their Government and Banking System, or their children’s educational system – they do absolutely NOTHING about it and continue with life as if the LEAK will fix itself.

You see, this is a huge DISCONNECT from reality.

They think that anything really bad happening outside of their immediate home can not affect their lives!  Well, I have one word for all of you!

How’s that IGNORING STUFF going for you all now?

AGAIN, HERE IS WHAT IS GOING ON

You are all being PUNISHED!   You are being punished because so much truthful information has come out in the last few years – that the powers who are very used to controlling the entire world are now terrified that their crime spree will come to an end.

However, instead of pushing back and “muscling through this” – most people are caving and giving in to an absurd lie!  Not only that, they are cowering in the corner like sheep and are asking their Illuminati en-slavers for forgiveness – and furthermore apologizing for LEARNING too much while begging for things just to go back to normal so that they can have the same miserable life they had before this took place.

Just like the character CIPHER – who meets with one of the “AGENTS” in the movie – THE MATRIX – he wants to be put back into the matrix and forget everything he’s ever learned.  He is totally willing to be a slave, and does not want to fight against the control structure that he now knows is everywhere.

CIPHER is the modern day JUDAS who betrays his friends and his comrades for 30 pieces of silver – and sells them out to the agents of control for money and his own safety. 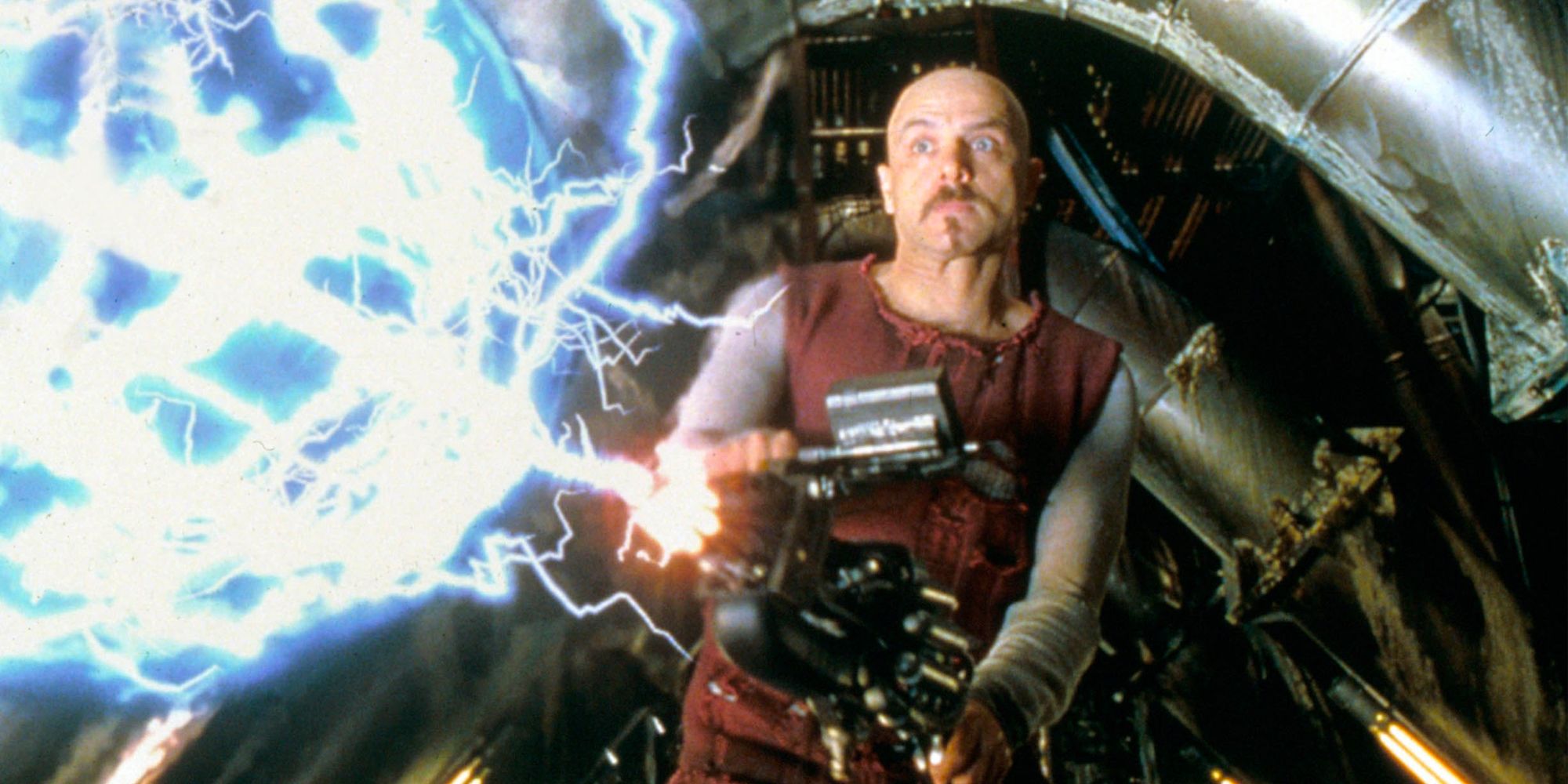 You may not think so – but believe it or not – there are millions and millions of “ciphers” walking around out there in America (and the rest of the world) who are DESPERATE to have things go back to the way they were!

And if they have to betray and sell out every single one of their family members and their countrymen – they will do so in order to gain just a bit of of the freedoms they once had!

Well what does the word “cipher” really mean?

A person of non-influence.  A non entity!

It is the word for “ZERO”

In other words – someone who does not FIGHT BACK.  That is what a “cipher” is, and that is why this character in the THE MATRIX was given this name.

Remember why all of this is happening to the world as we speak.

This is being done to the entire planet because you are all WAKING UP – and so you are being PUNISHED FOR THAT!

Why were the “agents” in the MATRIX MOVIE looking for Neo in the early part of the movie?

Because they knew he was about to WAKE UP.  They wanted him to stay asleep, and so they were looking to punish and intimidate him into doing NOTHING. 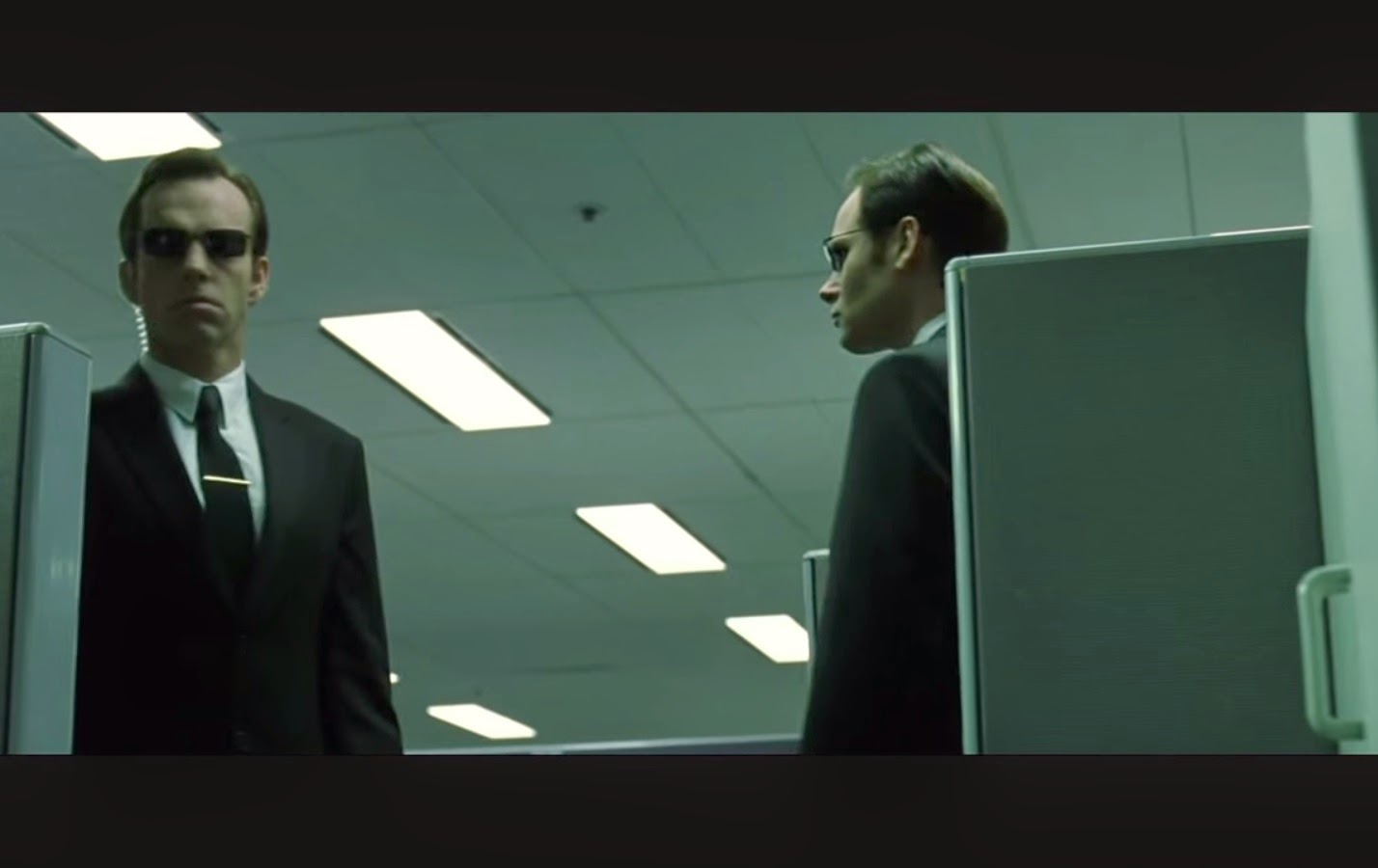 Once Neo (an anagram for one) did wake up – then the agents wanted to PUNISH HIM for daring to challenge their system of control.

So the only question that remains is this one!

Are you Neo – the one who wants to stay awake?  Or are you Cipher – the one who will cower in the corner and sell out your family and friends just to have your few and limited freedoms handed back to you as “privileges” which can be taken away again.

THE CHILDREN ARE AT RISK

MAKE NO MISTAKE – AN “AWAKENING IS HAPPENING”