NOW WE KNOW WHY THEY MURDERED MICHAEL JACKSON

Source: State of the Nation

Pizzagate is Real! The illuminati and Madonna in Portugal! 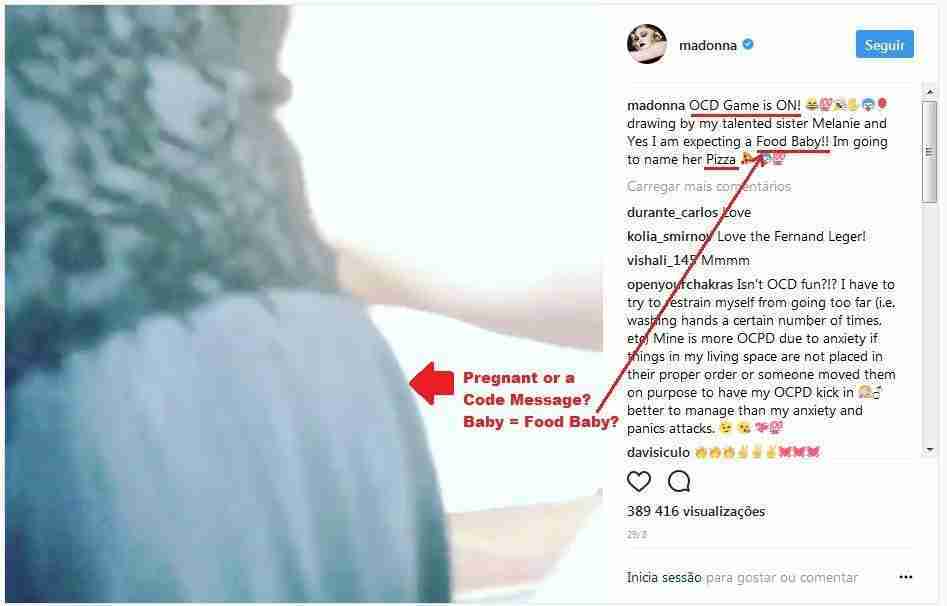 First of all I want to make it clear that after completing this investigation, in my opinion Madonna is possessed by demonic entities and is being totally controlled by the Patriarchate (Jewish Masonry, Clergy, Illuminati) to destroy precisely Women and their greater power on Earth that distinguishes them and makes them superior to men, the power of Selection, Conception and Matriarchal!

Think about this: If you were the devil and wanted to destroy Humanity and all life on earth what would you do?

You would attack the Portal of Life on Earth, the Feminine and Matriarchal side of Nature, in fact all nature is Matriarchal!

How do they do this?

Madonna is clearly a MKUltra victim who has been subjected to rituals and mind control ever since and has been formatted and programmed to manipulate and persuade the world population to accept the agendas that the Patriarchate wants to impose around the world, the Cybernetic and Transhumanist Agenda (the manipulation of the sexual gender attributed at birth, so that it is neither male nor female) through medically assisted reproduction with in vitro fertilization, and the destruction and substitution of maternal breastfeeding by industrial powdered milk formulas (see this article to the end!) All agendas converge in one direction: The Robotic, Cybernetic and Trans-humanist Agenda!

This investigation will reveal to you that Pizza Gate is very real and that there is indeed a network of child trafficking, blood and organs of children mainly African, Middle Eastern and Asian, and even Caucasian, to serve certain groups of elites and the mafias of the military and medical pharmaceutical industry around the world who make a lot of money from treatments, drugs and vaccines that use stem cells and certain types of blood, and make a lot of money from organ trafficking and the sale of blood from healthy kids that elites drink and make transfusions to rejuvenate themselves and stay healthy!

It is already public knowledge that organ trafficking exists and that elites are willing to pay the money that is needed for an organ transplant they need. It is also well known that there is a blood mafia that uses healthy donated blood, especially Orh negative blood and Rhesus null (the rarest and most precious blood in the world called golden blood), blood completely without the rhesus factor, and sells it for large sums of money to the medical-pharmaceutical industry, since this blood, besides being the universal donor blood (all can receive it regardless of the type of blood they have), is a rare blood with very strong immunological properties that pharmaceutical companies use in the manufacture of drugs as vaccines!

Look at the above photo taken from this video that Madonna posted on her Instagram on 08/29/2017. Madonna appears at the beginning apparently pregnant and the title of this publication says: “OCD Game is ON! Drawing by my talented sister Melanie and Yes I am expecting a Food Baby!! Im going to name her Pizza”. After analyzing this video closely and thoroughly, the reading I do is that we are facing several messages transmitted in visual and written code!

Madonna appears apparently pregnant and in the title she says she is waiting for “Food Baby” and that she will call it Pizza! What does this mean? That Madonna is waiting to receive something related to babies such as blood, organs or even the bodies of living or dead babies? (“I am expecting a Food Baby!!”) Or it means that she are pregnant and will abort? For those who do not know, many satanic rituals are committed at snuff parties and inside the abortion hospitals and clinics themselves! You can read here a testimony from a former Satanist revealing that some of the satanic rituals he committed were committed in the abortion clinics themselves!

And to fully understand all this research and what we really are facing, it is also very important to see and hear this testemony of a great businessman who, when he was near the top of the Illuminati, he was invited to offer children for human sacrifices in satanic rituals in exchange for financial success and power! This businessman in this vídeo reports that this type of Luciferian and Satanic people have practiced these rituals for hundreds of years and that the Bible itself states that the Israelites did this and that this was one of the main reasons they were expelled from Babylon! I remind you that Madonna is a practitioner of Jewish Kabbalah and gives herself beautifully to international Jewry, that is why she is a “woman” full of power, fame and money!

Madonna when arrived in Portugal had a problem in customs because they did not release a package she was waiting for! What package was that?

At the beginning of the video you can perceive by the sound, that she writes something in the paper that holds in the hands. This paper is a calendar with dates, tasks and locations! In this agenda we can see places like Italy, Portugal and London!

For the rest of the Article…, go HERE:

TRUTH TELLING IS NOT EASY

Madonna performed at the 2019 Eurovision song contest, the finals of the biggest European music competition for new artists. I was wondering why she was there, was she trying to upstage the show? She is not a new artist, she is not even european. She then delivered a no holds barred Satanic Mass, shocking!
https://www.youtube.com/watch?v=VG3WkiL0d_U