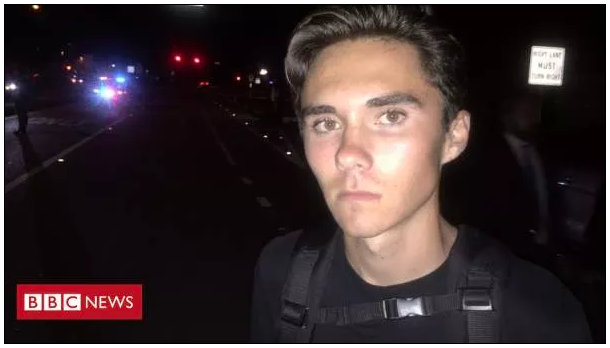 How does a trained crisis actor from Hollywood show up at Stoneman Douglas HS, after attending a California High School, and lead a new student movement that has already changed gun laws in Florida?

State of the Nation

[SOTN Editor’s Note: Florida Governor Rick Scott has already — UNILATERALLY — changed the gun laws in Florida after these folks showed up on the steps of the capitol building. (See photos here: LIBERAL HYSTERIA: Gun Control Protest in Tallahassee Florida in Response to the Parkland Mass Shooting)]

But how did this really happen? What follows is just one small piece of this Deep State puzzle being put together by the seditious U.S. Intelligence Community. Let’s call Phase I of this op—Operation Hogg Wash.

There are actually many pieces to this CIA-coordinated black operation to foist new gun restrictions on Floridians. Operation Hogg Wash represents a crucial shift in the cabal’s strategy to use school children to carry out their nefarious New World Order agenda.

KEY POINT: Florida is world-renowned for having the highest concentration of wealth in the world that stretches along the Gold Coast, from Stuart to the Keys. Domiciled in this same region is the greatest number of Illuminati families on the planet. The Marjory Stoneman Douglas High School is located right in the heart of this highly protected area—Broward County, Florida. The power elite don’t want to be threatened by gunowners when things start to fall apart, as they surely will.

Then Hogg appeared on various MSM news broadcasts presenting himself as a de facto leader of a new student gun control movement. All the while, Hogg is forced to defend himself from accusations of being a George Soros stooge. MSM Crisis Actor David Hogg Now Spending More Time Defending His Soros-funded Gig

David Hogg has also been compelled by investigators to answer questions about his father’s previous job with the FBI, as well as his own ties to another Soros-funded, Podesta-led NGO. SHOCKER: CNN’s high school star David Hogg, whose father is ex FBI, is also tied to John Podesta’s Center for American Progress

These several TV appearances only took place after Hogg got his scripted lines down pat. Deep State agent David Hogg forgets his Lines, Coached by handlers before he goes prime time.

See the rest of this article HERE:

AN OPEN LETTER TO THOSE WHO USE “DIRECTED ENERGY WEAPONS”

THE LAW OF CAUSE AND EFFECT

Another thing, my grade school was near an old Air Force base and we had the “duck & cover” drills with letters to take home in case something happened that we would have to stay at school. My Mother had the same drills as a child and she is 87 that made her run really fast because the kids had to be able to make it home in 5 minutes or they would have to stay at the school. The fear this impacts our children with is horrendous. Scare the kids for an agenda caused by the bad people in charge.

In all the comments online no one ever brings up “Stop the Drills”. Problem solved. The only thing I do not know is if they (in charge) actually shoot people during these “active shooter drills”. Why would an ex student bring an obvious weapon with every alphabet and local law agency there for a drill?? Hello! Nobody ever asks the obvious questions. Do any of you REALLY know anyone personally who was shot anywhere during these drills?

Bradley, you need to start a list of I Do Not Consent , we need to post everyone who doesn’t consent! Full name , this shit needs to stop!!!