Being a gun owner in 2019 means your beliefs about the Second Amendment, home defense, and protecting yourself and your loved ones are constantly under attack by lawmakers and those on the left.

Unless you’ve been living under a rock you know that part of the gun control crowd’s agenda is to spread fear about guns and make gun owners out to be something they are not. 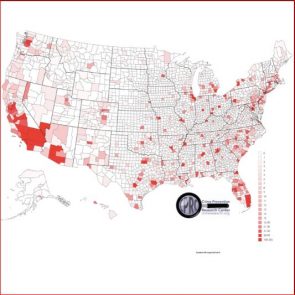 The picture the left paints about guns in America is wrong. The gun the left fears the most, the AR-15 rifle, does not kill as many people as pistols. Hammers kill more people than guns. The fact that this stat is not more well-known proves the left does not care about saving lives, rather it cares only for the ability of the government to restrict citizens Second Amendment rights.

A Crime Prevention research study shows us another little known fact about murders and guns. The study points out that just 2% of American counties produce 51% of the murders in this country.

Similarly, Don McDougall, the author of the Ammoland article “Gun Crime is a Made-Up Word from the Anti-Gun World” writes, “If not for gangs and drugs, the number of murders by guns is below 1,700 in a country of 330,000,000 people. Remove the gangs and drugs, and the US is one of the SAFEST countries in the world.”

According to him, the annual rate of deaths by firearm holds steady at around 38,000. Of those, 28,500 are suicides. Of course, the Left does not report that fact. They just plainly assert that 28,500, plus another 9500, are being killed by evil, Bible-thumping white guys with demon possessed AR-15s.

That brings the actual, quantifiable number of real crime committed with guns down to less than 1,000.

Even more shocking and outrage inducing is when you realize that practically ALL of those crimes are being committed in Democrat-run large cities.

Take Los Angeles County, for example. In 2014, there were 526 murders in LA county- a part of America that is plagued with gangs and crime. John Lott, who in his book “More Guns, Less Crime” says, that the specific parts of LA where shootings are most likely to occur are the same areas where the most gangs and the most illegal gun possession exist.

In the northern part of LA county, gun crime is almost nonexistent despite the fact that gun ownership is fairly common.

But the Left would have you think that just having guns around is enough to trigger mass shootings and other horrible crimes.

In Chicago, the story is almost identical- with admittedly higher numbers. In the first four months of 2017, 222 murders took place in the heavily gun-controlled windy city. Lott writes, “But 23 of the 77 neighborhoods in the city have zero murders, and most of the 40 neighborhoods have only one murder. Twelve of the neighborhoods have 10 or more murders.”

What we learn from all this is that murder rates are a cultural phenomenon- not a technological one. In his conclusion, Lott writes,

“This study shows murders in the United States are concentrated in very small areas. Few appreciate how much of the US has no murders each year. Murder isn’t a nationwide problem. It’s a problem in a very small set of urban areas…”

Those same areas are almost exclusively Democrat controlled. So we ask you, are they doing this on purpose or are they just dangerously incompetent?