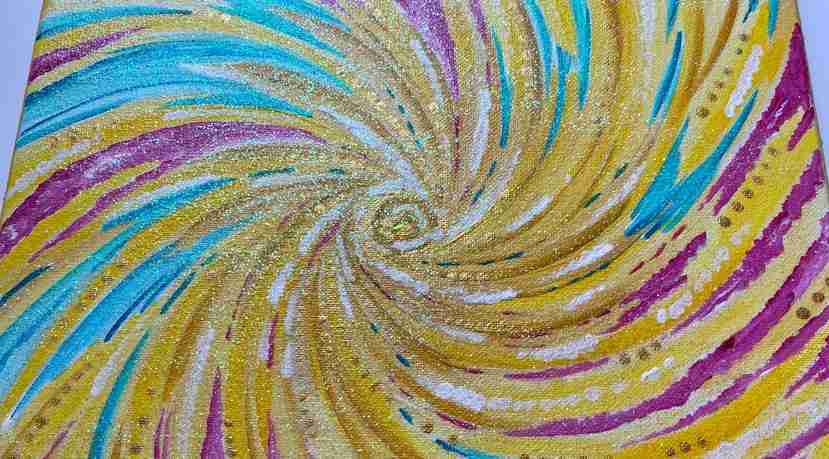 THE EYE OF THE NEEDLE


“It is easier for a Camel to pass through the eye of a needle, than for a rich man to get into the Kingdom of Heaven.”  Luke 18-25

What a difference a single word makes when doing a translation.

Clearly understanding what GOD was planning for the future, Jesus (Yeshua) said something profoundly predictive when he was with us many years ago.

However, those who were with him, not understanding fully what he meant, wrote it down with a correction they should never have made.

What he really said was this:

It is easier for a Camel to pass through “THE EYE OF THE NEEDLE”, than for a rich man to enter the Kingdom of Heaven.

Well, what exactly is:  THE EYE OF THE NEEDLE.

The eye of the needle is the extreme compression that we would all have to go through as GOD’S HOLY ANGELS used their powers to force every single alternative TIME LINE back down into just one.

Regressive Aliens and Fallen Angels (by way of Time Travel) have very literally changed EVERYTHING in the grand scheme of Universal History in their bid and their quest to control the Earth in this very important period we are now going through.

What they really wanted was full control of Earth’s Natural Star Gates and Portals.

They also wanted the Key Codes that can open these Star Gates that are cleverly hidden within the Genetics of Humanity, which is why they have kidnapped millions of innocent people, and forcefully done breeding programs in underground areas, just to get the DNA Key Codes that are woven into the DNA of different various races which can open Natural Star Gates – and then breed those key codes into their own Satanic children.


Their goal was (and still is) nothing more and nothing less than to forcefully open up a direct pathway into Heaven – and take it over.

GOD saw what their plans were a long time ago, and knew what they were doing and why.

These Regressive Aliens and Fallen Angels were creating thousands of Time Lines and looking for just a few of them to CONQUER FULLY where they could live and operate like GOD HIMSELF right up until this very period in history where they would engage their plans to create an army that could march into Heaven.


The only way to put a stop to this infernal plan once and for all was to compress all of the various Time Lines that had been created by these regressives and fallen ones, back down into one Single Time Line which Jesus simply called – THE EYE OF THE NEEDLE.

The eye of the needle is a very “NARROW GATEWAY” through which only those who have been chosen will pass.  GOD himself is the Judge as to who can pass through this Gateway, and there is no other Gateway to pass through because he made sure there was only ONE.


Mathew 7 – 13
In everything you do then, do unto others as you would have them do unto you. For this is the essence of the Law and of the Prophets.  You must enter through the Narrow Gate.  For wide is the gate and broad is the way that leads to destruction, and many there are who will enter through it.  But small is the Gate, and Narrow is the way that leads to life, and few will find it…

If you don’t think so, then please pay attention to a brilliant former Navy Seal, who has seen most of the intelligence on this issue first hand – and knows for certain that this is the truth.

WHAT WE ARE SEEING IS THE “HAND OF GOD” AT WORK

Can anyone out there begin explain to me just who or what in this entire Universe actually has the POWER and the ABILITY (if not GOD) to force all of the various Time Lines back down into a single Time Line?

“They” (the military) can actually see it happening, but have not asked the most obvious of all questions they could ask, and that question is:

WHO IS DOING IT?

And IF they do finally ask this one obvious question, and even manage to come up with the correct answer, “GOD HIMSELF IS DOING IT”, then the next most obvious question for them to ponder is this one:

WHY IS HE DOING IT?

THE ANSWER TO THAT QUESTION REQUIRES SOME VERY INTENSE RESEARCH

In order to understand the answer to this question more fully, I am going to post this video below.

The ladies name in the video is Ashayana Dean, and she claims to get “downloads” of information from higher level beings.  This video will be difficult for most people to watch because it is complicated, and while it does have some really good information within it, there is also much in here that is not correct, so it is a mixed bag to have to sort through.

Please watch it with that idea in mind.

The reason that I am posting this video at all, is that IF you do carefully listen to the entire video, what you will learn is that the Earth (throughout time) has been infiltrated and invaded over and over again by “fallen angels” and “regressives” with a very real agenda of control.


The most important thing to these beings was CONTROLLING the Earth at this important time in history, and getting all of the Genetic Key Codes that they needed to have full control over all of the Star Gates and Portals.

Other than that, what you are really seeing (if you can look past the long lists of moves and counter moves described in the video) is the massive amount of TIME TRAVELING taking place concerning the Earth, and going far, far backward into Earth’s past by some very advanced Regressive ET’s and Fallen Angel Races, being done in order to change, alter, and to literally control the entire history of the Earth from what it organically was meant to be, and at one time, used to look like.


If you can manage to see just that alone, and come to this realization, only then will you be able answer the second question that I placed above which is:

WHY IS GOD compressing all of the Time Lines back down into ONE single time line.

HE is doing it, because absolutely EVERYTHING that these Fallen Angels and Regressives did, was an extreme Universal Cheat that has been going on for so long (simply in order to gain control of the Earth) that the entire history of the Galaxy and even the Universe has been quite negatively affected such that few can remember what actually took place any longer.


VERY HIGH LEVEL RACES FROM ALL OVER THE GALAXY ARE SO PISSED – THAT THEY HAVE COME HERE JUST TO TELL THE CABAL TO “KNOCK IT OFF ALREADY”.

The main point (and the most important point) that this informational video is missing is the fact (yes the fact) that GOD IS IN CONTROL!

HE never lost control over HIS CREATION – and we are all still very important to HIM!

What we need to know is that as we speak HE is hard at work doing what needs to be done in order to create a way for those who have kept HIS rules and kept HIS Laws in their minds and hearts to be able pass through THE EYE OF THE NEEDLE and come back to HIM.

Everything else so diligently described in the above video is just swamp gas and raw sewage – because what we think of as “history” has been changed so many times now – it is no longer accurate – and can not really be given any credence.


History, very literally, has become a perverse record of countless multiple TIME LINE WARS, all done with the goal of changing everything (depending upon what time it was) and erasing what once was and substituting it for something new, depending on who was winning at the moment.

This has happened over, and over, and over again, in a VERY LONG WAR that has been fought by many advanced regressive groups all with their own agenda of control.


WE THE PEOPLE are simply stuck right in the middle of this mess.

The only thing that every single regressive group CAN agree on however, is that they can never reveal, or tell any of us that there is a REAL GOD – and that this GOD is still in control of it all.  They still need us to complete their plan.


Therefore, they want us bowing to them, and not to the GOD they all hate.

SO HOW DO “WE” GET THROUGH THE EYE OF THE NEEDLE AND BACK TO GOD.


Very simple.  Do unto others as you would have them do unto you!  Love others. Don’t use hatred to try to control others.  Do no harm.  Be kind.  If you do these things, then you will pass through the eye of the needle easily and simply.

However, if you are using Dark Magic and Mind Control Technologies, if you are using Frequencies and Waves and even Pharmaceuticals to control other people, then you have a huge problem.  If your goal is to control the whole world and to have a New World Order – then you will NEVER pass through the eye of the needle, and you will not get into GODS KINGDOM.  This is also very simple.

What we are seeing play out in real time is the separating of the Chaff and the Wheat.

Every single man and woman alive who has thrown in with the Illuminati, the Cabal, the Globalists, and the New World Order, has condemned themselves just as the Fallen Angels and the Regressives have condemned themselves – and can not pass through the single Gateway which is narrow.

SO THEREFORE REJOICE, BE OF GOOD CHEER, AND HAVE FAITH THAT IS AT LEAST THE SIZE OF A MUSTARD SEED THAT GOD IS STILL IN CONTROL.


GOD’S Holy Angels are on the job and they are working hard for humanity.  We collectively are getting closer and closer to the EYE OF THE NEEDLE – which is a GATEWAY that many dark ones will not be able to pass through.

You are living in a point in history where GOD finally puts a stop to eons of manipulation and control, and creates a single time – line where humanity can move forward freely for the very first time.

Jesus answered, “I am the way and the truth and the life. No one comes to the Father except through me.