#PIZZA GATE – THIS IS THE STRAW THAT WILL BREAK THE CAMEL’S BACK!

In order to start this article properly…, we really HAVE to look at what is now being called: PIZZA-GATE!

This one single “cover up” is going to be the undoing of the entire underworld that is the ELITE GLOBAL CABAL.

It involves the sick and perverted world of “child sex” …, “child sex traffiking” and high level administration officials including JOHN PODESTA…, who was Hillary Clinton’s campaign manager…, and worked on Bill Clinton’s staff!

Let’s start with this very important article, which is so huge…, I can only print half of it for a start!

Here is the link to the whole thing!

UPDATE: The Subreddit that contained a lot of research and information about #PizzaGate has been banned so some of the links in this article will go no where. Most of them will work but it appears that this is a win for the Cabal who are trying everything they can do to shut this down. We need to keep this momentum going. It’s only a matter of time before everyone knows and the people demand law enforcement to arrest these people.

Things are getting even more interesting lately as, what is being called, #PizzaGate is starting to take off. For those who are not yet privy to what it is first allow me to explain the meaning of the ending of the word ‘gate’ and where it originates. I like everyone to be on the same page when I write about something so allow me to explain it for others who may not know.

Before I go into that though I am going to be explaining how this scandal of all scandals is likely to be the catalyst that will finally trigger a mass awakening among the sleeping public. #PizzaGate is not part of the Cabal’s partial disclosure narrative. It will be their undoing because it involves the entire planet and the evidence is so clear, so undeniable and in our face there is no way it can be dismissed.

(Separate Note: There is another hashtag trending called #TwitterGate, this is the result of a Twitter user creating a program that finds Twitter accounts that are directly and solely sharing child pornography. I believe this is a good development but it was taking attention away from #PizzaGate so I ask that everyone focus on that because it is much bigger. The Cabal could be using TwitterGate to divert and distract from the bigger picture. Twitter has been known to cover for pedophiles and terrorists and not much came from these investigations except some deleted accounts.)

Now let’s begin where I left off in the beginning paragraph where we have a clear idea of what it means when we end a scandal name with ‘gate’. Here is an excerpt from Wikipedia:

“Watergate was a major political scandal that occurred in the United States in the 1970s, following a break-in at the Democratic National Committee (DNC) headquarters at the Watergate office complex in Washington, D.C. in 1972 and President Richard Nixon‘s administration‘s attempted cover-up of its involvement. When the conspiracy was discovered and investigated by the U.S. Congress, the Nixon administration’s resistance to its probes led to a constitutional crisis.[1]

The term Watergate has come to encompass an array of clandestine and often illegal activities undertaken by members of the Nixon administration. Those activities included such “dirty tricks” as bugging the offices of political opponents and people of whom Nixon or his officials were suspicious. Nixon and his close aides apparently ordered investigation of activist groups and political figures, using the Federal Bureau of Investigation (FBI), the Central Intelligence Agency (CIA), and the Internal Revenue Service (IRS).”

The term #PizzaGate has been labeled as such because of the high level of scandal involved and its relation to the pedophile code word ‘pizza’ (this is a link to my article that goes into greater detail about these e-mails and code words), among others, being found throughout the Podesta/DNC/Hillary e-mails released by Wikileaks. It is being centered around a location in Washington D.C. called Comet Ping Pong where, on its owner James Alefantis A.K.A. Jimmy Comet’s Instagram, there are some very disturbing pictures of children in strange poses and babies photographed with money and some with references to pizza: 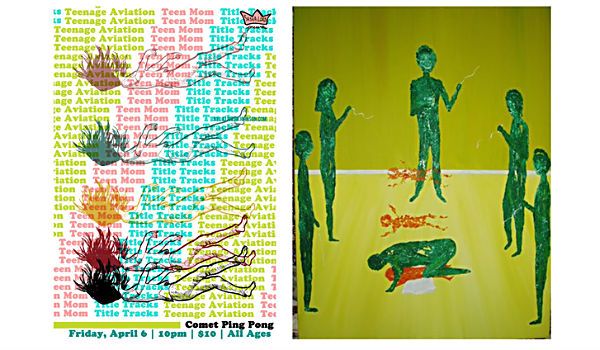 Jimmy Comet (James Alefantis) is the “owner” of “COMET PING PONG” which is a Pizza Place that some of the most high level officials of the current administration in Washington DC go to!

However…, the MAINSTREAM MEDIA is telling everyone that this is all “Fake News” and you should not pay attention to it! 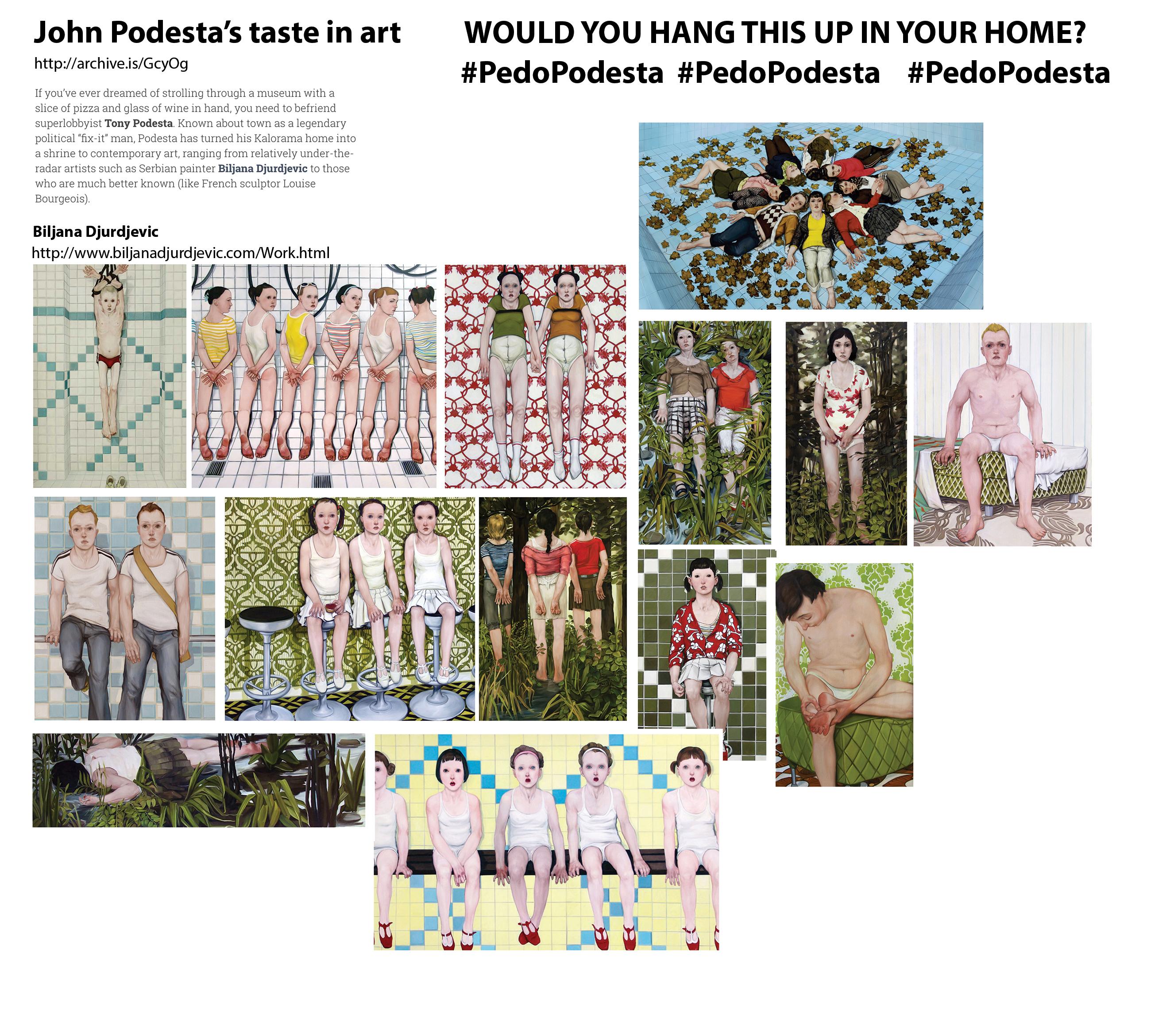 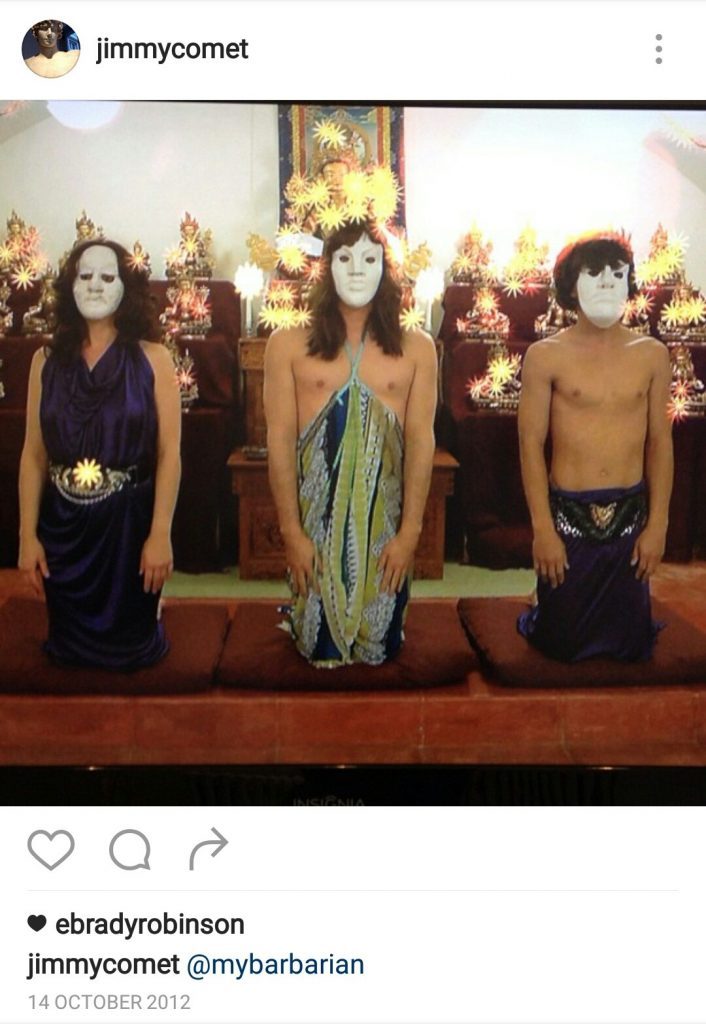 There are more disturbing pictures at this link. I’d like to add that many higher-up people visit Comet Ping Pong; Barack Obama, Joe Biden, and high-level politicians: 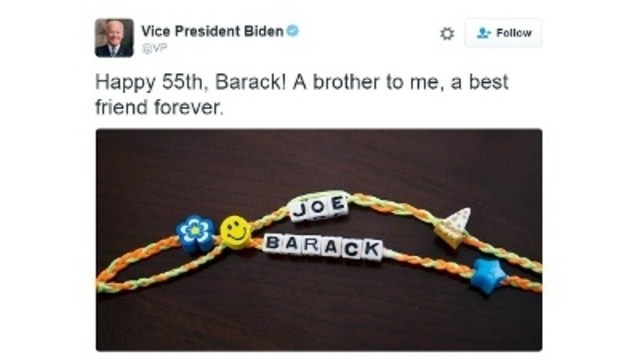 Here is another small summary of #PizzaGate:

“Comet Pizza is a pizza place owned by James Alefantis  [JimmyComet on instagram], who is the former boyfriend of David Brock, the CEO of Correct The Record. It has been the venue for dozens of events for the Hillary campaign staff. John Podesta has had campaign fundraisers there for both Barack Obama and Hillary Clinton. John’s brother and business partner Tony Podesta has his birthday party there every year.”

Now #PizzaGate has been trending on Twitter for the last week as of the time of this writing and it has exploded with attention. The Cabal is trying to do damage control by using it’s propaganda mouthpieces to discredit it: 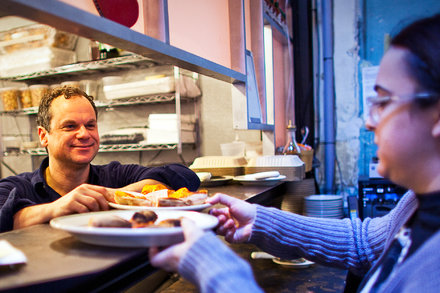 A Washington restaurant is reeling from menacing calls and online abuse after a fake story: that Hillary Clinton abuses children there.

Notice in the Fortune.com title that they used the term ‘fake news’. I believe the Cabal inevitably saw #PizzaGate coming and is now responsible for the recent movement to shut down ‘fake news’ websites, those of which of course are the alternative media with large viewership:

(This site was also taken down but restored a while after:) http://livingresistance.com/2016/11/18/podestas-involved-mccanns-abduction-factual-analysis/

Besta Pizza, which is located literally two restaurants away from Comet, has been put on blast for using a known pedophile symbol as its logo and has since changed it: 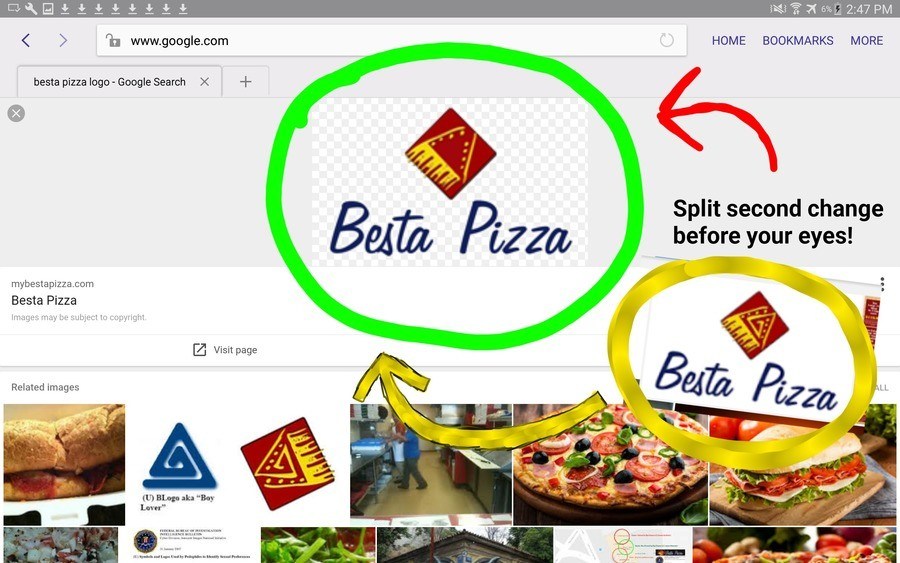 Besta Pizza, which in Portuguese means Beast Pizza, has used the ‘boy love’ symbol as their logo as per the unclassified FBI pedophile symbol manual. Besta Pizza is owned by Andrew Klein. Here is some more information about him and his involvement in all of this: 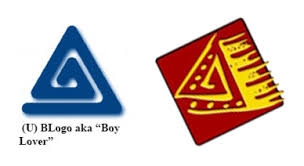 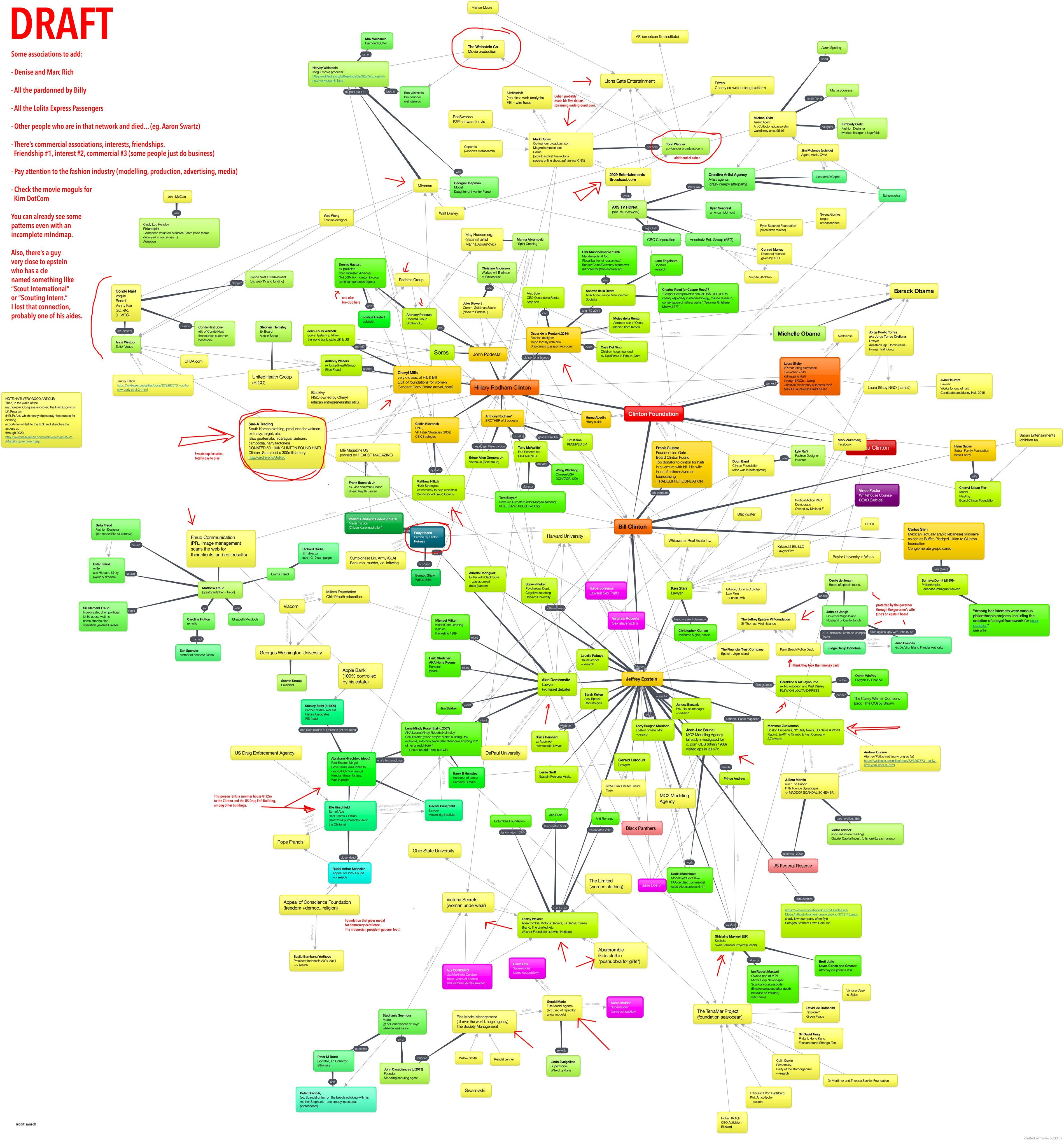 This cannot be stopped as Roseanne Barr has just tweeted about #PizzaGate:

#PizzaGate is massive and involves a man named Arun Rao. Here is a brief description of his position at the Department of Justice:

“Assistance U.S. Attorney , D.O.J Supervisor of the Southern Division office for the D.O.J.’s District of Maryland”

His job description includes prosecuting people for the following crimes:

“…Like the Major Crimes Section in Baltimore, the Greenbelt office prosecutes a wide array of other federal offenses, including CHILD PORNOGRAPHY, bank robberies, immigration violations, and counterfeiting…” 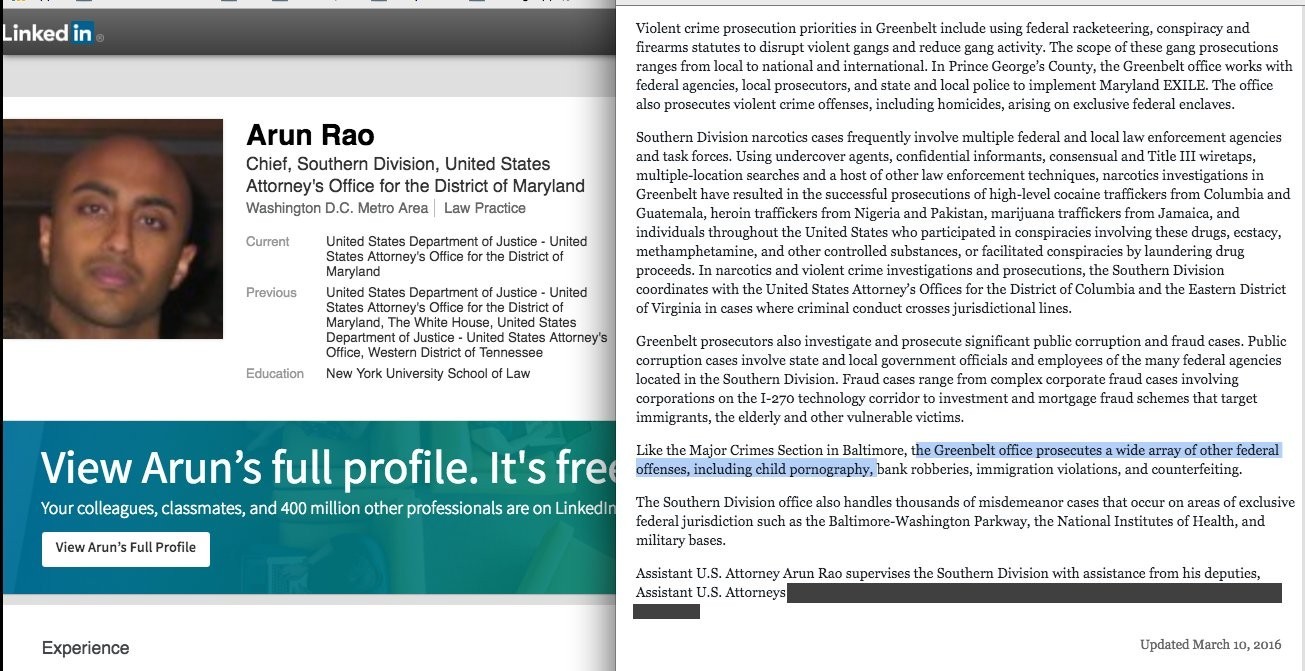 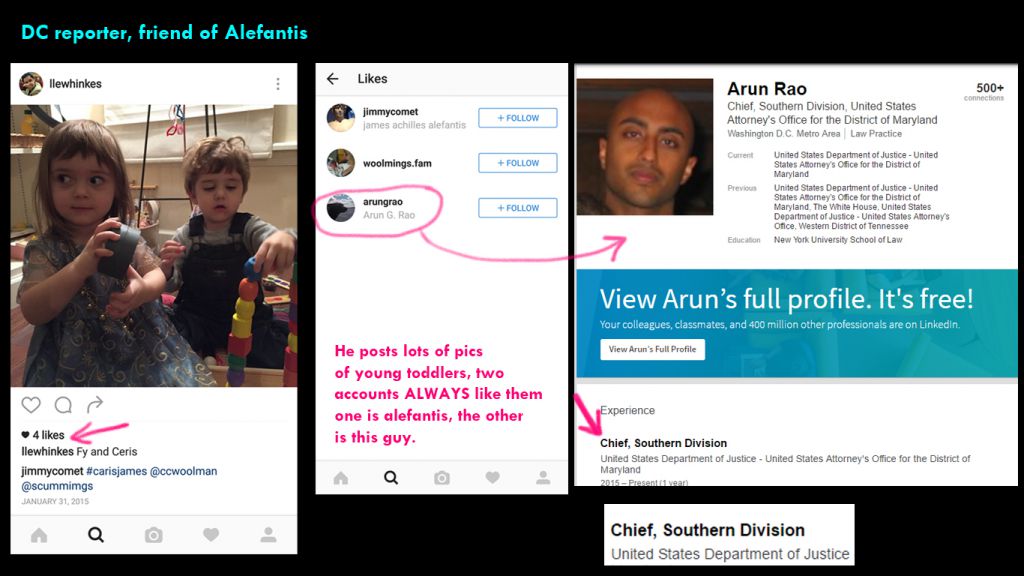 MORE WILL BE COMING……..STAY TUNED….

HAPPY THANKSGIVING (To Those who celebrate it in America)

Oh, and don’t miss from that article(recently updated), obamasweapon.com . That’s a much bigger story that pizza gate and as a matter of fact, the biggest story of them all.